Pakistan - Waiting for the Panama verdict 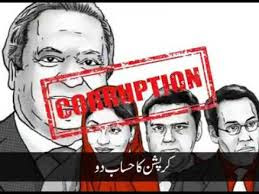 IT has been a long wait for the Panama case judgement which is likely to change the country’s political dynamics. More than six weeks have passed since the court concluded the hearing and went into a huddle. There was no short judgement and it does take some time to arrive at a decision especially when there are five highly independent-minded judges examining all the legal aspects of this extremely complicated case with serious political ramifications. The nation seemed to have been put on hold waiting anxiously for the outcome.
Not only does Prime Minister Nawaz Sharif’s political fortune hang in the balance, the impending ruling will also define the future course of Pakistani politics. What has heightened the suspense is the observation made by Justice Asif Khosa, the head of the bench during the hearing, that the judgement would be remembered for the next two decades. Surely it would be historic, but one is not sure how.
It is also the judges who seem to be on trial. It is not just the legal aspect of the case, but the politics of it that makes things much more complicated. Although all sides across the political divide repose confidence in the apex court, there are obviously partisan expectations in such a high-profile case implicating the country’s most powerful political dynasty. The past baggage of the doctrine of necessity and allegations of politically biased judgements too cast their shadows on the judiciary. Surely the pressure is enormous.
It is more than a year since the Panama leaks, about offshore companies and expensive real estate owned by the prime minister’s children caused a political maelstrom to erupt in the country. The series of conflicting and self-contradicting statements given by the prime minister and his children in their defence added to the tumult and provoked a call by the opposition for an impartial inquiry into the leaks.

There seems to be no good scenario for the prime minister.

A dubious letter from a Qatari prince revealing a family business connection with the Sharifs turned the whole episode into a political comedy. The judiciary appeared compelled to take up various petitions filed by the opposition political parties against the prime minister and his family. A more simplistic explanation is that the failure of the investigative agencies left the country’s highest court with no other option but to intervene in the matter. But one tends to believe that it was more to do with opposition political pressure that finally worked in getting the court’s attention. Not surprisingly, the case became the centre of a political battle.
While the judges heard the arguments, the PML-N and PTI fought it out outside the courtroom and on TV talk shows every evening accusing each other of corruption and declaring victory even before the hearing was concluded. Matters seem to be getting more intense and extremely bizarre with the expectation of the judgement any day.
No doubt, the political stakes are high for both the government and the opposition, particularly the PTI, the prime mover of the Panama petition. But it is the prime minister and his family who stand to lose the most in case of an unfavourable judgement. The scandal has already caused him huge political damage and it is extremely hard to recover from it even if the court spares him the ultimate humiliation of being removed from office. There is certainly a precedent where the Supreme Court disqualified a sitting prime minister, but few believe it could happen to Sharif. That is perhaps also the reason for the confidence of the ruling side.
But some would argue that the present court is very different from courts in the past with far more independence allowing it to bear pressure even from the most powerful executive. The observations made by the judges during the hearing reinforce that perception.
Surely the judges are not supposed to decide the case along political lines but on its legal merits. Most legal experts agree that the Sharif family has failed to prove the money trail to the offshore companies and the London properties that it owns. But is this sufficient to declare the prime minister guilty of wrongdoing? This is for the judges to decide. Whatever the ruling may be, it is not hard to envision the political fallout.
It could not have come at a worse time for Nawaz Sharif, as he finally looked politically more stable with civil-military relations seemingly better and no real threat from the opposition political parties. His supporters appeared extremely confident of the coming elections. But it may not be that easy any more irrespective of whatever the ruling may be.
There seems to be no good scenario for Sharif even if he is personally not held guilty. It appears that it will be hard for the courts to grant a clean chit to the entire family with so many anomalies in their statements. One thing is certain — Sharif cannot get out of the Panama scandal unscathed. What are his choices in case of an unfavourable ruling?
There is strong speculation he will dissolve the National Assembly and call early elections. But that would be quite risky. One is not sure that all the provinces will follow suit. Such a situation could create greater political chaos. It may be true that the party is still deeply entrenched in Sharif’s stronghold of Punjab.
But an adverse judicial verdict could change the electoral situation quite drastically. There is a big question mark about whether the party could retain its unassailable position in Punjab and hold on to the periphery in other provinces. He may well have to wait for the general elections that are only one year away.
It is now just a matter of time when the judges will come out with their ruling on the Panama scandal. The judgement will surely be remembered for many decades with Sharif’s political fate at stake.