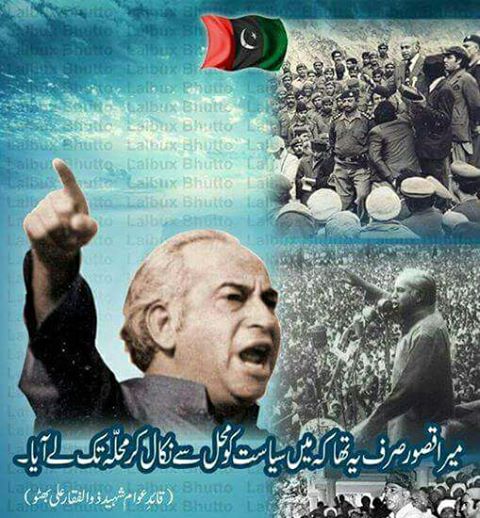 Former Senator and renowned Shia cleric Allama Syed Abid Hussain al Hussaini has demanded that Colonel Umar must be dismissed from service for his inaction against the terrorists and for ordering firing on peaceful anti-terrorist protestors in Parachinar yesterday.

Media reports confirm that one of the injured protestors embraced martyrdom although Allama Hussaini claimed that three Shia Muslims were martyred, according to Geo News channel’s tickers last night.
Allama Hussaini said that State security agencies were directly responsible for the blast outside Imam Bargah in Parachinar because lack of adequate security arrangements paved way for the terrorist attacks.
He said that FC personnel opened fire upon the peaceful Shia protestors who were protesting after the blast and due to their firing many people were injured.
Colonel Umar said that aerial firing was conducted. He claimed no casualty but media report at least one such death.
Allama Abid Hussaini demanded punishment to the involved FC personnel and he also demanded removal of the political agent because he too failed to ensure security of innocent people.

Baluchistan is both blessed and plagued by its geographic and demographic situation within the federation of Pakistan.


"A Baluch woman dressed in her wedding finery and wearing all her jewellery could walk alone from one end of Baluchistan to the other end without ever being molested."
Baluch elders said this in response to a query on Baloch character while sitting with the-then Balochistan's Chief Minister, Jam Mir Qadir Khan of Las Bela. The image struck me as a metaphor; a literal sociological reflection on contemporary Pakistan. It has stayed with me ever since.
Three decades later, I asked Prince Ahmed Ali, Jam Sahib's grandson, to describe Baluch character. He noted, "Baluch identity revolves around hospitality, respect and honour, truthfulness, and the behaviour of a cultured man or woman."  The definition of being Baluch, thus, remained unaltered through time.
In my dealings with Baluch leaders, I often found them to possess great wisdom and be ever-ready to perform miracles if approached with honour. This held true even for those in opposition as I discovered during my stint as Makran Commissioner. During my early days, I had learned of a plan to attack the Zikri community, a minority sect living in the division. Religious leaders in Karachi and Lahore were promising a bloodbath in order to convert them to "proper" Islam.

In addition to taking the usual administrative measures, I also decided to seek the help of the former governor, Mir Ghaus Bakhsh Bizenjo, then a left-leaning Baluch opposition leader. Widely revered by the Zikris, he was said to have landed in Makran to stir up trouble against the administration. Despite him being an avowed opponent of President Zia-ul-Haq, he accepted my dinner invitation at the Commissioner's house. He also promised me to request his followers to remain peaceful. Of course, nothing can be kept secret for long in Pakistan. The intelligence agencies soon reported this to the president who demanded an explanation from Balochistan Governor, General K.K. Afridi, as to why I had hosted such a dinner with an opposition leader.
Ultimately, by working together, peace was maintained in the region and the Zikri community was protected.
I often hear educated people in Islamabad and Karachi dismissing Baluchs as regressive and uneducated. This is an incorrect perception. One of the most sophisticated discussions I have ever had about Ibn Khaldun was with Nawab Akbar Bugti, a top Baluch tribal leader and the former provincial governor. Answering my question as to why Baluchs had stayed behind while Pukhtuns had left their homelands to settle and rule in India, Bugti emphasised on the importance given to their code of honour. If we had migrated to India to set up ruling dynasties like Pukhtuns, we would have slowly lost our language and our culture, he exclaimed.
Not only did Bugti show an understanding of Khaldun's theory of asabiyah (social cohesion) that kept a tribe united, he also took an intellectual leap and applied it to his own tribal group. I was deeply impressed by his vast knowledge of history and different cultures. It remains a grave tragedy that this Baluch leader was hunted like animals by missiles despite his loyalty to Pakistan in the face of immense opposition.
Baluchistan is both blessed and plagued by its geographic and demographic situation within the federation of Pakistan. Blessed because of its tiny population and vast resources while it remains plagued due to its size--covering almost half of Pakistan's territory--, its borders with Iran and Afghanistan, and its coastline spanning over hundreds of miles; all of which give the province great geopolitical strategic importance.
Of course, some of the criticism against the Baluch leaders stands valid. They do represent a system, which may not seem viable in the current times. Some cruel and tyrannical sardars taint the entire tribal hierarchy. However, the critics often overlook the fact that the tribal society, despite all its ills, still provides its members with continuity, stability, and identity in an ever-changing world.
Pakistan's treatment of Baluchistan has, unfortunately, been erratic and unsatisfactory. The founding charter of the nation, which reflected the vision of the Quaid-i-Azam, was intended to be fully inclusive. Pakistanis should recall that the Quaid always had a soft spot for Baluchs. For a state that lost over half its population when its eastern wing broke away in 1971, Pakistan could be assumed to have had learned its lesson by now. The debate over an independent Baluchistan has once again reared its head, this time with some international support. Although the movement is tiny and sporadic, Pakistan should still vigorously reach out to Baluchs, both economically and culturally, to avert a graver crisis in the future. At the heart of its strategies, the state should emblazon all developmental plans with the much-talked-about motto, "Honour the Baluch."

The term census was originally coined by Romans to keep a count of the male population fit for military services. 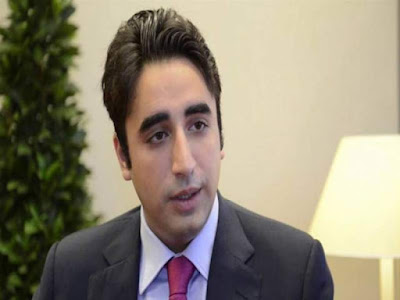 Pakistan Peoples Party (PPP) Chairman Bilawal Bhutto Zardari on Wednesday expressed that the premier Nawaz Sharif was inciting provinces against each other.
Bilawal expressed these views in the purview of Punjab’s lion’s share regarding multiple gas schemes given go ahead by the government recently.
‘Instead of adopting uniformed policies, Nawaz Sharif was trying to appease some specific circles in parts of Punjab. Approval of 97 gas provision projects worth Rs 37 billion in the particular areas amounts to axing the Federation and inciting provinces against each other,’ the PPP Chairman said in a statement.
Bilawal Zardari said that even the historic city Umerkot of Sindh province has not been provided gas despite the payment by provincial government to the gas company.
‘Nawaz Sharif government rejected several requests from the Sindh government for provision of domestic gas connections in its rural and urban areas but all such requests were turned down on the pretext of moratorium’ alleged Bilawal.
He said that PPP was the chain of the Federation and it would not allow Nawaz Sharif and his company to harm the Federation just for the sake of winning few seats through his cronies and beneficiaries.
The PPP Chairman said those who raised ethnic slogans for their political and personal mileage are out again to pose threats to the unity among provinces by violating the Constitution, which protects the provinces interests in clear terms.
Bilawal Bhutto Zardari went on and said that it was Nawaz Sharif who threw away the key projects like Keti Bunder and Thar Coal in late nineties and terminated thousands of government employees from the smaller provinces recruited by Shaheed Mohtarma Benazir Bhutto-led government.
He endorsed the letter from Chief Minister, Sindh Syed Murad Ali Shah to the Prime Minister about the unconstitutional and illegal new gas projects and warned Nawaz Sharif that any overt or covert threat to the Pakistani Federation won’t be tolerated by PPP and other democratic parties of the country.
https://en.dailypakistan.com.pk/headline/pm-nawaz-inciting-provinces-against-each-other-says-bilawal-bhutto-zardari/
1 comment: Links to this post