The US is aiming to impose aid restrictions on Pakistan. In an interview with DW, analyst Michael Kugelman says if there's one US administration likely to take a hard line against Pakistan, it's the Trump administration.
DW: Is the US government finally taking a hard line against Pakistan?
Michael Kugelman: A tougher policy is certainly a strong possibility. If there is one US administration likely to take a hard line against Pakistan, it's the Trump administration. Trump projects himself as tough on terror and takes a very principled and strident approach to terror - it needs to be wiped out, wherever it is and in whatever form. It would seem that Trump would have zero patience for Pakistan's policy of going after some terrorists while letting others be.
There has been speculation that the US could expand the drone war and cut Pakistan funds. The harshest critics of Pakistan believe that the US government should revoke Pakistan's status as a major non-NATO ally or even declare it as a state sponsor of terror. These extremely tough policies may well be in the policy tool-kit, though my sense is that the aid cuts and drone strikes would be more likely.
Do you think the Trump administration could force Pakistan to act against the Haqqani Network and other Islamist organizations Washington considers a threat to its interests?
I'm not sure they could. In fact, the Pakistani security establishment may respond to more sticks and less carrots from the US by doubling down and tightening its embrace of militants like the Haqqani Network and Lashkar-e-Taiba.
If the US revoked Pakistan's status as a major non-NATO partner state in the war against terror, how would it affect the situation in Afghanistan?
This would actually be quite devastating for the Pakistani military, because it would probably translate into major reductions in military assistance and arms sales. Pakistan can depend on the largesse of other countries like China and Saudi Arabia, but Islamabad really values the military support it has received from Washington over the years. Revoking Pakistan's status as a non-NATO partner would put this support in doubt and worry quite a few people within the Pakistani security establishment.
The question, however, is if the US would actually go through with such a drastic policy shift. Frankly, I think it's unlikely, at least in the immediate to mid term. The US continues to have troops in Afghanistan, and in fact the Trump administration is poised to send more. So long as the US has troops in Afghanistan, it will need to depend on Pakistan to provide supply routes for US troops. Taking a harder line against Pakistan would likely prompt Islamabad to shut down these supply routes, obliging America to use more circuitous and expensive routes. This could make the US war effort in Afghanistan even more difficult than it already is.
Pakistan is important because of its geographic location and its geopolitical relationship, there's no doubt about that. There's no way that the US will consider Pakistan unimportant, given that it borders Afghanistan, where Americans are fighting their longest ever war, and given that it has deep ties to the world's next superpower (China) and growing ties with one of the world's most dangerous revisionist powers (Russia).
If cornered by the Trump administration, can Pakistan tilt more toward China and Russia?
Certainly a harder US line would send Pakistan deeper into the embrace of China and Russia. But I don't think we should overstate this risk. For one thing, Pakistan is already moving closer to Russia, and especially China. For another thing, the interests and objectives of Russia, and especially China in Afghanistan, are actually closer to those of the US than to those of Pakistan. China and Russia both want a stable Afghanistan and have no interest in Taliban rule. Pakistan, of course, has major ties to the Taliban and arguably benefits from an unstable Afghanistan in that it complicates efforts by India to have a deep presence there.
No comments: Links to this post The health of a person lying cut open for surgery is more at risk when the operation theatre has rainwater pitter-pattering on a piece of dirty cloth lying on the floor.
The horrific incident took place at Lady Reading Hospital in Peshawar during rain. What makes the occurrence worse is the fact that it took place at the largest facility of Khyber Pakhtunkhwa, where people from not only across the province come for treatment, but those in the adjoining tribal areas also visit.
The instances of rainwater seeping in the hospital have taken place in the past as well, as according to the medical director of the facility, the building is old and in a deplorable condition.
However, LRH Spokesperson Zulfiqar Ali Babakhel said 16 projects were under way for the hospital’s renovation, while work on the operation theatre will start mid-August.
Such incidents raise questions on the claims made by the provincial government, which promise to provide ‘Sehat ka Insaf’ to people of the province.
Under the claim of Sehat ka Insaf the provincial government has provided to improve the health facilities across KP. In 2016, the issue of operations being carried out in torchlight had surfaced.
It was revealed that the facility in question, the district headquarters hospital, had no electricity and even the generators were out of order while surgeries had to be carried out.

Bilawal Bhutto sympathizes with the people of Parachinar 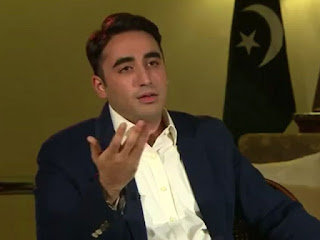 Chairman Pakistan Peoples Party Bilawal Bhutto Zardari has said that people of Parachinar suffered cruelty of the worst kind and PPP in power will provide justice to the families of martyrs of Parachinar, culprits will be brought to book and punished according to law.
Bilawal Bhutto Zardari said this while talking to parliamentarians from FATA who called on him including Sajid Hussain Turi, Shahji Gul Afridi, Malik Inayat Hussain and Malik Mudassir Hussain.
Chairman PPP said that Party stand is very clear regarding FATA and country will be strengthen if the FATA reforms are implemented. He asked Sajid Hussain Turi to convey his message of love and compassion to his constituents. He also prayed for the martyrs.
PPP leaders from KPK also called on Chairman Bilawal including Azam Afridi, Rahim Dad Khan and Ayub Shah. Engineer Himayun Khan, Faisal Karim Kundi and Jamil Soomro were also present on the occasion.
Others who met PPP Chairman included Senator Farhatullah Babar, Senator Sherry Rehman, Syed Khurshid Ahmed Shah, Syed Nayyar Hussain Bukhari, Chaudhry Manzoor, Imran Zafar Leghari MNA, Nadeem Afzal Chan and Mustafa Nawaz Khokhar.

Democracy will be safe if Sharif resigns: Bilawal Bhutto

Pakistan People's Party (PPP) Chairman Bilawal Bhutto on Monday said that democracy will not be in danger if Prime Minister Nawaz Sharif's resigns.

Addressing a gathering at National Press Club, Bilawal reiterated his demand for Sharif's resignation, saying that the Prime Minister has lost all the moral and legal ground for staying in the office.

Geo News quoted Bilawal as saying that Sharif's resignation is in the interest of the people and the country.

The PPP Chairman expressed optimism that his party would produce good results in the 2018 General Elections.

He also said that the PPP will consider all other options if Sharif family doesn't accept the rule of law.
Bilawal also took the occasion to talk about safety of journalists and said that he will put forth the demand for legislation for protection of scribes. 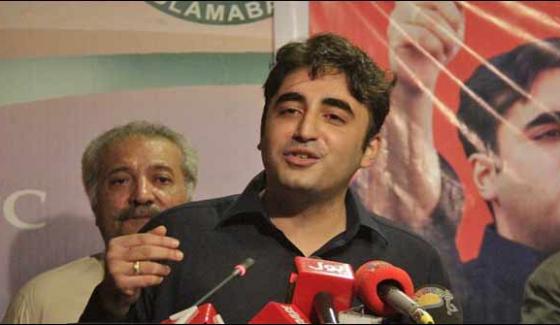