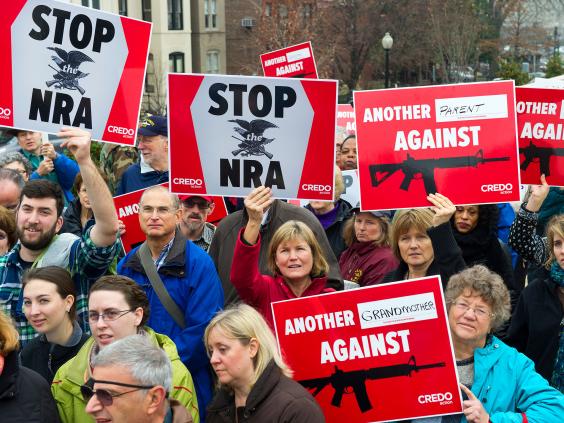 Not a fortnight after it began, in the hours after the deadly mass shooting in Parkland, Florida, the latest push to expand or fortify federal gun control laws seems destined for a recognizable end.
A series of competing bills and amendments are currently sitting in limbo on Capitol Hill as lawmakers, most of them Republicans, refuse to consider -- much less vote for -- any meaningful new legislation.
Outside of Washington, however, there is a wide and growing consensus that some kind of reform is necessary -- and has been for some time. Recent CNN polling shows a strong majority of Americans (70%) support generally stricter gun laws. When it comes to more specific measures, the numbers tick up further.
But history tells us that popular support will only take a controversial cause so far. Driving action in Congress requires an assortment of preconditions, from the obvious -- electing officials who support a given policy -- to the less easily defined -- electing officials who will actually work to deliver it. To put both in place, voters and activists need to grow coalitions, keep their issues in the headlines and solidify a hardline base of support.
It also helps to be lucky. If Democrats hadn't enjoyed a Senate supermajority early in Barack Obama's presidency, there would be no Obamacare. If Democrats hadn't then lost that supermajority in 2010, the law might have been come out stronger and less vulnerable to GOP efforts to undermine it.
Which brings us back to the guns. A new CNN poll conducted by SSRS found that 87% of Americans back laws to prevent convicted felons and people with mental health problems from obtaining guns, 71% support raising the age to purchase a firearm from 18 to 21 years old, and 63% want a ban on the sale and possession of high-capacity or extended ammunition magazines.
So, what's the hold-up?
The impasse here mostly belongs to the Republicans. They run a paralyzed Congress, and President Donald Trump, though talking a typically big game, has shown no real inclination to buck the party line. Democrats, too, deserve some cut of the blame. Senate Minority Leader Chuck Schumer, for instance, has criticized one option, which he himself is co-sponsoring, for not going far enough -- an odd angle to play given the GOP's refusal to take up even the most modest reform.
But there is a larger question here that needs answering. It asks why, in such a divided country, that a political goal enjoying such broad backing can't get a hearing in the halls of power?
The typical explanation, one frequently used by politicians and elected officials, is to blame the outsize influence of rich interest groups. When it comes to gun control, the National Rifle Association is the name that comes up the most.
This makes sense, though not to the extent some would have you believe. The NRA is powerful, for sure, but not only because of its spending. The organization also says it has 5 million dues-paying members. For many among the rank-and-file, turning back efforts to tighten gun laws is their top, perhaps only, political priority. And that, more than few thousand dollars in campaign bucks, is what makes the NRA so powerful.
On the flip side, fervor among gun control advocates has proven more difficult to maintain and, more importantly, count on when election day comes around. The poll numbers in favor of action tend to jump after high-profile mass shootings, then slump during the increasingly brief interregnums.
That kind of soft support can be measured in a couple different ways. With guns, we can see pretty clearly what moves the poll numbers. When it comes to issues with less frequent flashpoints, like immigration and health care, prioritization is often a better measure. But even then, the picture can be muddled when competing interests get thrown into the mix.
Consider the polling from late January on the future of the Deferred Action for Childhood Arrivals program, just before the brief government shutdown. DACA, when stood up on its own, is remarkably popular, with 84% of Americans saying they would like to see it continue. Ninety-six percent of Democrats support the program, as do 82% of independents and 72% of Republicans.
Despite it all, there's been no deal -- and none seems likely to come anytime soon.
The simple explanation here is that Republicans, seeing that Democrats wanted a fix more, tried to extract additional concessions as part of an agreement, failed, then moved on from the issue rather than give in on their demands. But that fails to take into account voters' priorities, which might not have been what they initially seemed.
A survey from just before the shutdown fight showed that, despite their overwhelming support for DACA, a majority of Americans, 56%, believed that sealing a spending deal was more important. Ditto for the Children's Health Insurance Program, for which Republicans refused to renew funding without a DACA-free short-term agreement, and which was also rated higher as a priority than DACA in CNN's poll at the time.
Days after the shutdown ended, a Quinnipiac poll found that 78% of Democrats believed it was "unnecessary." That number jumped to 84% with Republicans and independents factored in. Democratic leaders were accused of lacking a backbone after giving up the ploy, the only real recourse for the minority party in these situations, but the polling revealed a more complicated reality -- Democrats simply didn't care about DACA as much as many previously believed. 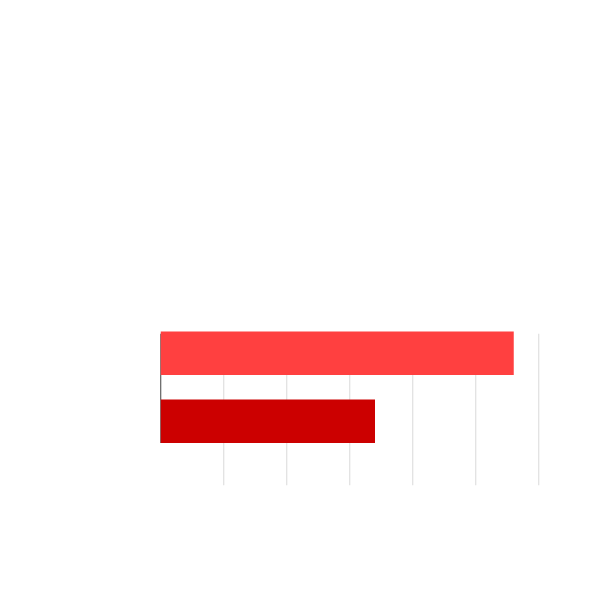 Which is more important...
avoiding a shutdown or
continuing DACA?
A majority of Americans says it supports
keeping the government open over finding
a solution for the DACA program.
Avoiding a
shutdown
56%
Continuing
DACA
34%
10%
20%
30%
40%
50%
60%
Source: CNN poll conducted by SSRS, Jan. 14-18, 2018.
1,005 adults, ±3.7% pts.
The progressive push for a single-payer health care system is likely to encounter similar crosswinds. While recent surveys have shown growing popularity among Democrats and receding partisan opposition to the plan, which in its current form would effectively extend the Medicare program to cover every eligible American, there are roadblocks up ahead.
Quinnipiac, in a September 2017 poll, tested the durability of its support by adding in a question that was sure to dampen the excitement. First, it established a baseline: 65% of Democratic respondents said they thought the plan was a "good idea." Then the pollsters asked another question: "Would you think that a single-payer system is a good idea or a bad idea if it removed all health insurance premiums, but also increased your taxes?"
Support dropped, but only by six points, to 59%. Opposition -- those who called it a "bad idea" -- went from 25% to 34%. The reason support mostly held is simple: Democrats, for all their concerns over the program, are typically unfazed by the prospect of a tax hike. That's ideology at work. So when you read a poll, like this one from Quinnipiac, that finds 97% of Americans back requiring background checks of all gun buyers but only 66% support stricter gun control -- and only 34% of Republicans -- it shouldn't actually be that surprising.
Ultimately, the ideological planks of a party prevail because voters don't usually hold politicians accountable on a case-by-case basis. They are more likely to rally around the parties themselves. How a lawmaker breaks on a specific bill? That tends to be disregarded come election time.
Polling, as pollsters often remind us, is just a snapshot -- not a projection of what's to come.
The first year of Trump's presidency offers a lesson. Republicans were able to pass a deeply unpopular tax cut bill late in late 2017 because they had the majority and the support of their voters. They failed to repeal Obamacare earlier in the year because enough of them decided, ultimately, that its consequences would imperil their jobs.
Neither would have come up for a vote if Republicans were responding to public opinion alone. Now, as the gun control debate moves forward (or doesn't) a similar web of motivations are likely to keep meaningful reform legislation on the sidelines -- no matter what the polls say.
No comments:

The #NRA used to be a bipartisan campaign contributor, but that changed in 1994. Here's why

By KURTIS LEE and MALOY MOORE 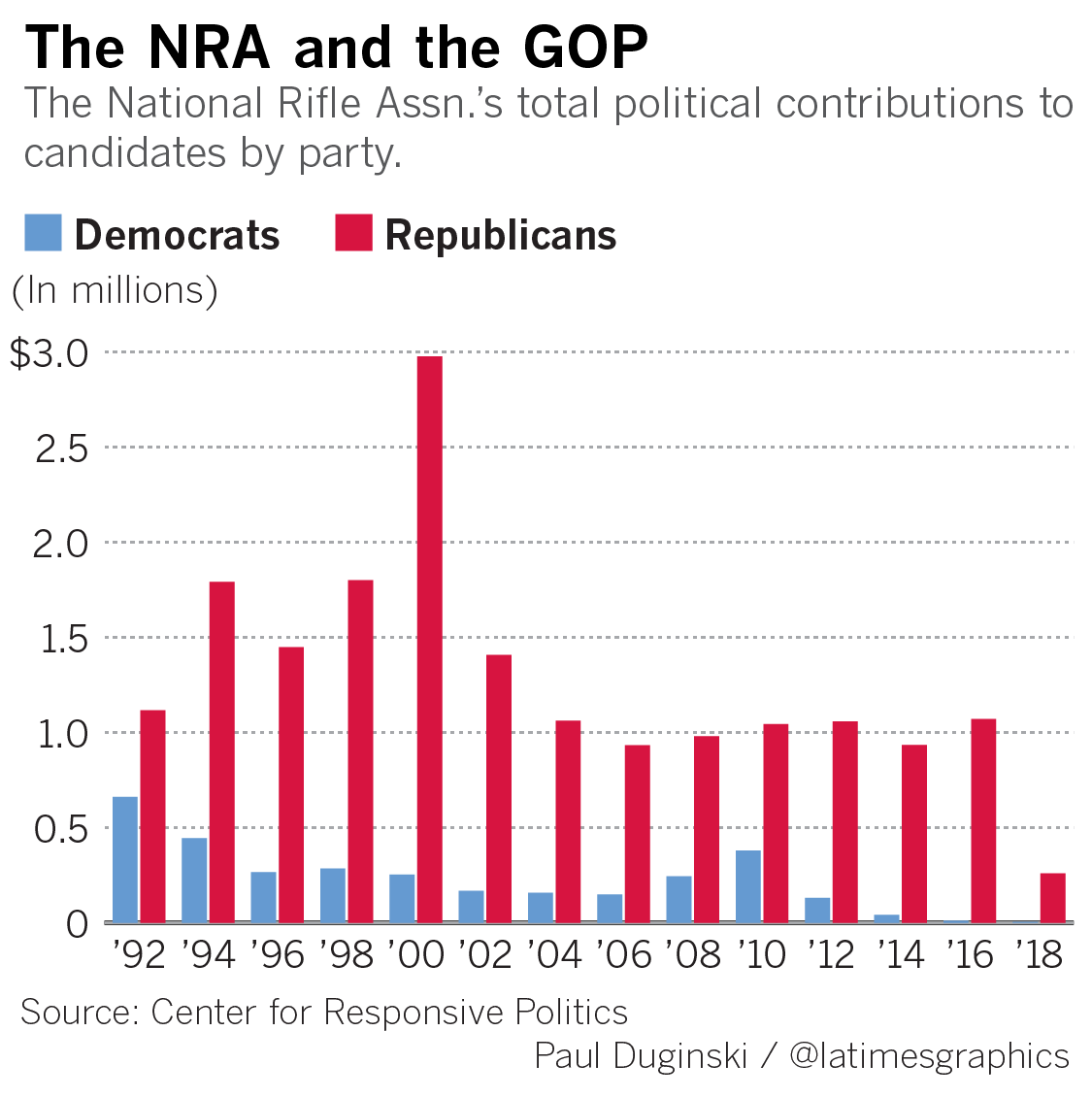