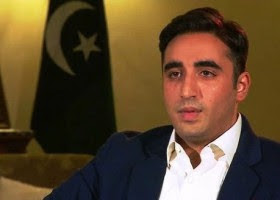 Pakistan Peoples Party Punjab General Secretary Chaudhry Manzoor Ahmed visited the family of Zainab in Qasur on behalf of Chairman Bilawal Bhutto Zardari and offered condolence to her father yesterday.
Chaudhry Manzoor Ahmed conveyed sympathies and solidarity from the Party Chairman to the grieved family and assured them that PPP will always raise voice against such atrocities at every forum.
PPP Punjab leader told the grieved family that Chairman Bilawal Bhutto Zardari was shocked to hear the incident and asked PPP Punjab to stand by the victim’s family.
He said that protection of the children should be top priority and civil society should play role in educating the children, especially the girls to pre-empt such incidents while the government and local administration should take stern steps so that such gory acts are checked in future.

Pakistan - These intimidation tactics must stop 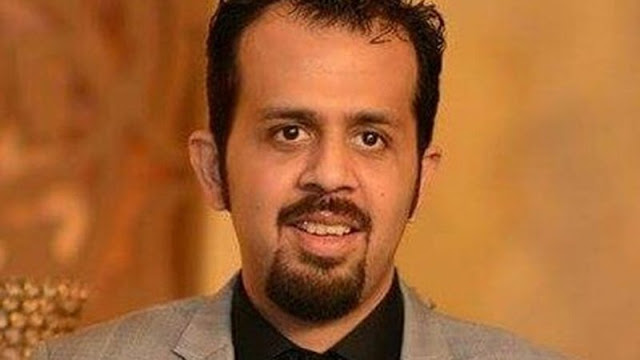 Journalist Taha Siddiqui was headed towards the airport in a Careem cab to catch a London-bound flight for a work meeting. It was around 8am. The cab was on the Islamabad highway when it was overtaken and hit on the bumper by another vehicle. About a dozen men, some armed with Kalashnikov rifles and pistols came out and cordoned off the area. Without any explanation for their actions, they started beating Siddiqui. Their conversations suggested to him that he was going to be abducted. While being beaten viciously, Taha tried escaping but his attempt only intensified the aggression of the armed men. One of them said, ‘shoot him in the leg’.
All of this happened in broad daylight, with heavy traffic on the road. Whether it was by luck or strategy, Siddiqui managed to flee, thwarting the attempt to abduct him.
A couple of weeks ago an activist, Raza Khan, who promotes peace between India and Pakistan, was abducted in Lahore and has still not been recovered. A few weeks earlier, there was a murder attempt on senior journalist Ahmad Noorani, who also narrowly escaped the attackers. Senior journalist Matiullah Jan summed up the situation in a tweet, “Who are these vagabonds who have the guts to attack, torture and threaten journalists in broad daylight and always get away with it? When will the timid interior minister and timid govt act to logically conclude on-going investigations in similar attacks on journos?”
Wednesday’s abduction attempt was planned efficiently. If around a dozen men, half of them armed were assigned to attack a journalist, while he was on his way to the airport, they are most likely to have information about his plans and whereabouts. The incident took place about 25 minutes away from Siddiqui’s house on a broad road on the way to Rawalpindi. Significantly, the abductors did not try to take him away or beat him up around the quiet neighbourhood where he lives, but in the middle of a busy road, where the incident can be seen. If this was done strategically, it means the aggressors want to openly send a message to the journalist community.
It is impossible to attack a journalist with this kind of planning without having information about his whereabouts, his plans of travel, and the vehicle he will be traveling in.
Pakistani state is among the top seven in the world with sophisticated surveillance technology. My sources in Careem tell me that the identity of individuals using their app to book rides can be attained by security agencies at any time. It is possible Siddiqui’s Careem ride was being monitored, or at least his phones calls or other communication data was being monitored to be able to track his movements.8am is too early in the morning for random attacks to take place.
Siddiqui was working on Kulbhushan Jadhav’s case, along with reports from Balochistan, on Milli Muslim League, Jamatud Dawa and Hafiz Saeed.
This is the kind of reporting increasingly becoming difficult for journalists in Pakistan to do objectively. Siddiqui has been committed to revealing the discrepancies in how the Pakistani state chooses to share public information in the country. Many people say his work has been consistently critical of the military establishment, which many think ‘is a red line he should not cross’ but to report on important and often under-reported issues that Siddiqui does, is merely his job as a journalist that he chooses to do, despite threats and dangers that might come his way.
The entire day on Wednesday was spent by Siddiqui and his close colleagues filing police reports and documenting the event. Later in the evening, dozens of journalists came to hear a public statement made by Siddiqui at the Islamabad Press Club. All these journalists could instead have been doing their job reporting on civil society issues that need attention in the country. But working as a journalist in Pakistan has become so perilous that the journalist community has to get carried away, ironically in covering aggressions against them.
The overwhelming necessity to protect journalists and activists in this country lies in the hands of the state institutions. According to Reporters Without Borders, Pakistan is ranked 139th out of 180 countries on the World Press Freedom Index, though this status might not reflect every single attack on journalists. Often the incidents that take place in smaller cities are under-covered, since journalists are attacked and intimidated and left too fearful to report against the powers that be.
It is the obligation of democratic institutions in Pakistan to be part of the support network that journalists need. Without the liberty of a fair and critical media, there is no democracy and there is no legitimate authority of the state.
No comments: Links to this post

‘The New Normal’ in Pakistan: a Journalist on the Run From Gunmen

Fearing that his attackers would spot him from a distance, the investigative journalist Taha Siddiqui threw off his bright red sweater as he jumped into a ditch and crawled through mud and shrubs to reach a highway in the Pakistani city of Rawalpindi.

#Pakistan - #JusticeForZainab - #Kasur - Monsters amongst us

KASUR is once again the scene of a depraved crime against a child. The rape and murder of seven-year-old Zainab is a grotesque illustration of the state’s increasing disconnect with the people. The little girl went missing last Thursday, abducted while on her way to a religious tuition centre; her brutalised body was found on Wednesday, discarded on a heap of garbage. In 2015, horrific details emerged of a child pornography ring that had been preying for years on several minors in Kasur district, making videos in which the victims were coerced into performing sex acts. Despite the outrage triggered by that case, the criminal justice system remains as dysfunctional as ever. For Zainab’s abduction and rape is reportedly preceded by no less than 12 similar cases — still unsolved — within a two-kilometre radius in Kasur city during the past two years. But this time, public anger spilled over on the streets of Punjab with riots continuing into the second day. Police firing into the crowd of protesters left two people dead.
No matter which society, crimes against children evoke an especially acute horror. In Pakistan, that initial revulsion comes up against a state callously indifferent to its duty to protect citizens, even the younger segment of the population. Criminal investigations are not of a standard that can lead to prosecutions; traumatised child victims are not handled with sensitivity by the police, nor does the latter liaise with organisations trained in rape counselling who can help these minors deal with their ordeal. Law enforcement’s lackadaisical attitude, which is of course generally applicable to crimes across the board — is born out of the knowledge that there will be absolutely no repercussions for their failure to properly compile and analyse evidence, an approach that takes time and discipline. After the child porn ring was unearthed in Kasur, years after it had claimed its first victims, one would have imagined that the police would have expended every effort to track down the individual/s responsible for the rape and abduction, and in some cases murder, of so many other girls in the same area.
Meanwhile, as seen time and again, brute force is often the tactic of choice to deal with public protest. Again, it is the easy way out. Endemic abuse of power and lack of justice have left society seething with pent-up frustration, an impotent rage that spills over into mob violence as witnessed over the last two days. While such mayhem cannot be condoned, it arises from very legitimate, yet unmet, expectations. The criminal justice system must be overhauled and reformed to serve the people. Underscoring the scale of the problem, the bodies of two more child rape victims surfaced yesterday in parts of Punjab other than Kasur. The paedophiles that live amongst us should no longer be able to freely walk the streets.
No comments: Links to this post 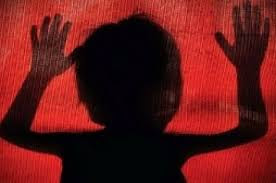 We as a nation find ourselves standing at the same juncture again; blatant proofs of how rampant child sexual abuse is in the country and the lack of action to eradicate such evils in the society. The body of Zainab lying in a dumpster in Kasur is a huge question mark on the laws in our society and their implementation. Especially since Kasur is the exact same place where child sexual abuse scandal surfaced and caused an outraged among the masses. We see the same pattern all over again.
The angst of the population pushes the authorities to take notice of the incident and they promise to bring the culprits to justice. However it has been four years since the news of Kasur scandal broke out and the families of the victims are still demanding justice for their children. In Zainab’s case as well, the same leaders are making promises to calm down the outraged public but the set precedent proves that justice is far stretched idea in this case as well.
Riots have broken out in the city of Kasur as a result of the incident but that was met with gunshots at the protestors. This is how we treat people seeking justice in the country. We will again see politicians using the incident for political point scoring but that will not culminate into culprits behind bars because they are protected by the influence of these very politicians. This is what the families have been highlighting over and over again. No parent should have to go through this and sexual predators like these should be held accountable and given the harshest of punishments, so that no one dares to do such a thing again. It is going to be highly shameful and a disservice to the life lost, if this becomes another case swept under the rug.
No comments: Links to this post

Former President of Pakistan and President Pakistan Peoples Party Parliamentarians Asif Ali Zardari strongly condemning the kidnapping, rape and murder of an innocent seven years old girl has demanded arrest of the killer and stringent possible punishment. He said that this heinous crime is an unpardonable crime.
In a statement Asif Ali Zardari expressing sympathies with the victim’s family instructed local party leaders and workers to provide every moral and legal assistance to the family.