Video Report - Will the protests against Egypt's president spread?

Religious intolerance has increased in Pakistan with hate narratives

For one, patriotism cannot be reduced to religion alone without declaring non-Muslims in Pakistan as non-citizens. 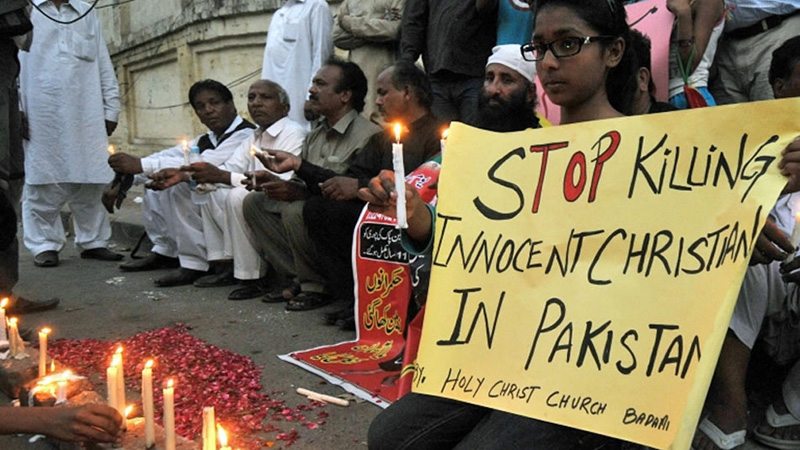 The problem is that Pakistan’s state institutions do not consider the tendencies of non-violent extremism as a potent threat. The way Hindu temples were vandalised and private properties destroyed recently in Sindh’s Ghotki district is yet another reminder that the challenge of religiously inspired violent extremism is bigger than we thought. Moving beyond a shallow condemnation, the government will certainly have to act to increase the cost of committing such violence, that too on spurious grounds. Apart from the specific measure related to the Ghotki incident, two things must be done to protect all religious minorities in Pakistan from violence. First, the groups and individuals using faith to gain political and religious influence should be strictly dealt with under the law. Secondly, the state should demonstrate zero tolerance towards hate narratives being disseminated online and in other ways by extremist religious groups, individuals and their supporters. A clear, unequivocal message should be sent that the state alone is the custodian of the constitutional rights of all citizens, irrespective of their faith. The fear expressed by the majoritarian mindset that religious minorities could harm the sovereignty of Pakistan is simply baseless. For one, patriotism cannot be reduced to religion alone without declaring non-Muslims in Pakistan as non-citizens.
A general argument can be made that Pakistan’s power elites have been patronising religious, ethnic, cultural and racial disagreements to further their regime, instead of looking at the diversity of religious, cultural and societal opinion in Pakistan as a sign of inclusiveness and plurality. That has significantly damaged the country’s social fabric, mainly its humanistic values such as empathy and compassion, which safeguard individuals and societies from hate and aggression.
Irrespective of its geographical location and its religious or secular tendencies, if a society possesses a sense of majoritarian supremacy or is hyper nationalistic or harbours a collective sense of hatred and aggression, then it lacks empathy and compassion. The absence of these two attributes could push society towards chaos and anarchy.
The phenomenon of religious intolerance has its own dynamics but in recent years it has increased through its connectivity with larger extremist discourses fanned in cyberspaces. Social media platforms have increased the exposure and vulnerability of the youth to divisive and extremist ideologies. This exposure is making people sensitive about their identities. Such an identity crisis is beneficial to the radical groups. An individual needs emotional healing and anxiety caused by such exposure and tries to connect with the nearest group of like-minded people.
The small groups look towards bigger and better organised groups not only for ideological and political inspiration but also to learn organisational skills. Mian Mithu, a radical cleric from Ghotki, could be an example. He may act independently but is said to have been inspired by the Tehreek-i-Labbaik and encouraged by banned militant groups like Al Rehmat Trust, Jamaatud Dawa and charities associated with hard-line madressahs in Karachi.
These groups succeeded in building pressure on non-Muslim communities but the cleric has better cultural, religious and ethnic credentials to influence local communities. With his influence, he is regarded as capable of triggering vandalism. The problem is that Pakistan’s state institutions do not consider the tendencies of non-violent extremism as a potent threat.
There is a need to adopt a framework or narrative in Pakistan, that treats all citizens, irrespective of their ethnicity, creed and geography, with equality. Introducing courses on citizenship in education curricula, extracted from the Constitution, are greatly needed. To be precise, non-Muslims in Pakistan should be owned as an integral part of the country. Bracketing non-Muslims with India or Western countries is to contradict history: They are indigenous to the soil and their valuable contribution to this region is a chapter of Pakistan’s history. 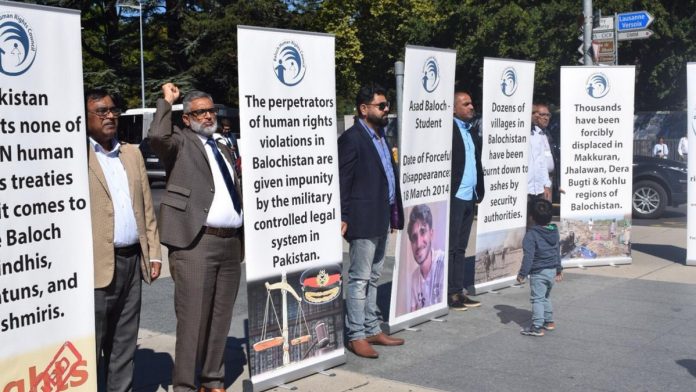 Members of these groups will hold a demonstration in front of Houston’s NRG stadium, where Modi & Trump will take part in the ‘Howdy, Modi!’ event Sunday.

Representatives of Sindhi, Baloch and Pashto groups have gathered in Houston to hold a demonstration in front of the NRG stadium on Sunday to draw the attention of Prime Minister Narendra Modi and US President Donald Trump for gaining freedom from Pakistan.
Scores of members of the Balochi American, Sindhi American and Pashto American communities landed in Houston on Saturday from various parts of the US to hold the first-of-its-kind demonstration in America, wherein they will collectively urge the leaders of India and the United States to help them get freedom from Pakistan.
Members of these groups alleged on Saturday that the Pakistani establishment was carrying out gross violation of human rights against their communities.
“We demand freedom from Pakistan. India and the US should help us in the same way as India had helped the people of Bangladesh in 1971,” Nabi Baksha Baloch, the US representative of the Baloch National Movement, told PTI.
“We are here to request Prime Minister Modi and President Trump to support our cause. There has been gross violation of human rights against the Baloch people by the Pakistani government,” he said.
More than 100 Sindhi Americans arrived in Houston on Saturday. They are planning to gather outside the NRG stadium, where the “Howdy Modi” event is scheduled to be held on Sunday, with the hope that their posters and banners of freedom will catch the attention of Modi and Trump.
“This is a historic rally by the leaders of the free world — the largest and oldest democracies. We the people of Sindh want freedom from Pakistan. Just like India supported for the freedom of Bangladesh in 1971, we want a separate nation for the people of Sindh. Pakistan is a theocratic country,” Zafar Sahito, from the Jeay Sindh Mutahida Muhaz, said.
No comments: Links to this post