Former Army Chief of Pakistan Raheel Sharif is considering returning Pakistan after having been disappointed with the Saudi military alliance where he went to serve.
A private news channel has reported that retired General Raheel Sharif is not happy over the influence of the United States on the Saudi alliance. He thinks that the alliance was not aimed at what he was told earlier.
He has been disappointed because he was made a security official for limited assigned jobs hence he was pondering upon his options including resigning from his position in the Saudi alliance. He was advised by close friends that he should return Pakistan to serve his motherland where people would welcome and appreciate his services.

By Najeem Khan
Tension gripped the Dargai area of Malakand division, on Monday, as protesters and levies official clashed leaving two dead and 11 others injured.
The military was called to rein-in a protest against persistent power outages in the area that turned violent. At least one person, reportedly from the youth wing of the Pakistan Tehreek-e-Insaf (PTI), was shot dead while 11 others were left injured during the clash.
The protesters set ablaze a levies station, a Water and Power Development Authority (Wapda) and sub-office of the Pakistan Telecommunication Authority (PTA) in Malakand following reports that Javed Khan Tufan – a former PTI student wing president – had been killed. In a bid to control the situation, levies officials fired teargas shells and rubber bullets on the protesters. The protesters from Dobandi, Warter and Qadam Khel Union Councils were demonstrating against unannounced power outages in the area when they stormed Dargai power station and set it on fire, destroying Wapda records and parked vehicles.
Both sides blamed each other for the bloodshed; senior levies officials denied reports of any straight fire causing the death of the PTI official and instead alleged the shot that killed him came from the protesters.
At the time of filing this report, traffic on Mardan-Malakand Road remained suspended as protesters staged a demonstration with the body of the deceased on the road. Despite tall claims of uninterrupted power supply during sehri and iftari by utility providers, the beginning of the holy month Ramazan saw massive load-shedding across the country.
On May 17, hundreds of enraged Pakistan Tehreek-e-Insaf (PTI) activists broke down the gate of the Wapda House in Peshawar and stormed inside during their protest against persistent power outages in Khyber-Pakhtunkhwa (K-P).
The PTI protesters chanted slogans against the federal government, holding it responsible for the power crisis.
Led by Member Provincial Assembly (MPA) Ayesha Gulalai, the protesters demanded that the Pakistan Muslim League-Nawaz-led (PML-N) federal government and Wapda officials stop the hours-long spells of power outages in the province and fulfil their promise of a load-shedding-free Pakistan.
The situation is now on high alert in the area with armed forces being called in to stamp out the possibility of any other untoward incident.
While the protests continue as the body of one of the deceased has been placed on one of the main roads and communications from Malakand to other parts of the country have been disrupted.
Meanwhile, the spokesperson of PESCO stated in a press release that miscreants attacked the office of the SDO1 and SDO2 in the early morning of the day and set ablaze the office records as well as shattering the doors and windows of the office.
The statement also said that the protesters burned down the vehicles present at the premises.
He said Wapda was working on the Palai line and power had been cut off from the area due to the working of Wapda employees on the line.
Whereas, local elders and members of the Jirga were also taken into confidence in this regard. 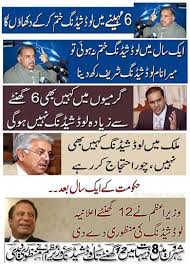 While the government has presented a very optimistic outlook of the energy sector, and asserted via the budget that load shedding will be a thing of the past in just one year’s time, protests have simultaneously erupted in Karachi and KP over drastic power outages. The promises and platitudes that the ruling part has been making since 2013 have been repeated to the point of becoming redundant. Now, even with Chinese investment buoying the energy sector, people are loth to believe in something that has always seemed to good to be true, especially after 18 hour blackouts in KP.
Thus on Saturday, people of Malakand Agency and Peshawar took to the streets and ransacked offices and grid stations of WAPDA. Peshawar Electricity Supply Company (PESCO) in Batkhela was torched and dozens of Pakistan Tehreek-e-Insaf (PTI) workers led by Peshawar MPA Fazal Elahi stormed the Rehman Baba grid station on Saturday. MPA Fazal Elahi alleged that PESCO authorities had been directed by the federal government to punish the people of KP for supporting PTI in the last general elections. While the claim sounds conspiratorial, there is no denying the fact that the long power outage was cruel, and authorities have a lot to answer for in these hot months of summer.
While it was announced by the spokesperson for Ministry of Water and Power on Saturday that no load shedding would occur during Sehar and Iftar timings in Ramzan, it took not even one day for the promise to be broken. Karachi faced power outages at sehri time in the early hours of Sunday, the very first day of Ramazan. The issue had still not been resolved by the afternoon.
Finance Minister Ishaq Dar stated in his budget address that approximately 10,000 MW of electricity will be added to the national grid by summer 2018 and will eliminate load shedding. With just two days passing since this statement, Peshawar and Karachi are up in arms. With so many projects inaugurated in the past four years, it is hard to believe the Finance Minister now. Is this rhetoric just for the upcoming elections, or can the PML-N cure Pakistan of its energy woes?
When the PML-N came to power, there was just one thing it needed to do to ensure the trust and support of the Pakistani people. It was not tall buildings, trains and busses, but just the end of the power shortage. If it had been solved, there would be something very concrete to show to the people- except the party took the word ‘concrete’ in a very literal sense and did not keep its eye on what the people of Pakistan really needed.
No comments: Links to this post

Angry residents of Lahore's Railway Power House Baja Line vicinity started a fire on Mughalpura Road to protest against prolonged electricity load shedding on Monday.
The protesters said they were tired and exhausted of the power outage since the past five days.
Numerous complaints were lodged against a faulty transformer with the area's SDO but to no avail, the protesters said.
The protest affected the flow of traffic on Mughalpura Road.

Continuing on the trend K-Electric set on the first day of Ramazan, Karachi was plunged into darkness as power outages occurred in various areas on the second Sehri early Monday morning.
Golimar, North Karachi, New Karachi, and surrounding areas experienced an electric breakdown once again, exacerbating public outrage after power breakdowns during Sehri and Iftar times on the first day of fasting.
No comments: Links to this post 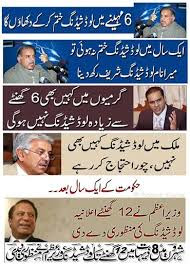 Violent protests erupted in Pakistan Monday as crippling electricity cuts left hundreds of thousands of people without power in soaring temperatures during the first two days of the holy fasting month of Ramadan.
At least one person was killed and eight wounded in the northwestern province of Khyber Pakhtunkhwa after police opened fire on hundreds of people protesting at the cuts by trying to set a power station ablaze, officials said.
"The protesters first tried to torch the electricity power station and then they attacked a police station," Zafar Ali Shah, a senior government official in Malakand district, told AFP, adding that the demonstrators also attacked government buildings, offices and vehicles.
Protesters later blocked a main highway linking Malakand and the Swat valley to the rest of the country, Shah added, saying that authorities are negotiating with local leaders to defuse the demonstrations.
In the provincial capital Peshawar some 800 protesters took over two power stations, demanding government employees continue the electricity supply without interruption.
Pakistan has for years been struggling to provide enough power for its nearly 200 million citizens. Its chronic energy crisis sees daily power outages which are amplified in the summer heat.
Residents in Peshawar said they face cuts for six to eight hours a day, while rural areas can receive electricity for as little as three to four hours a day.
Prime Minister Nawaz Sharif has vowed to solve the crisis by 2018, when elections must be held.
On Monday he said that "minimum load-shedding" should be carried out during Ramadan, during which millions of devout Pakistanis abstain from food and drink from sunrise to sunset.
Temperatures in Pakistan touched near-record highs over the weekend.
On Sunday angry residents burned tyres in the roads in the sweltering port city of Karachi after a massive power outage in southern Pakistan.
Water distribution -- already unreliable in the megacity of some 25 million people -- is reliant on the electricity supply, leaving thousands unable to drink, cook or wash ahead of the first day of fasting.
Authorities said the power outage extended to more than a dozen districts in the southern province of Sindh of which Karachi is the capital, where temperatures topped 40 degrees Celsius (104 Fahrenheit).
No comments: Links to this post