U.S. President Donald Trump should not meddle in French affairs, French Foreign Minister Jean-Yves Le Drian said on Sunday after Trump criticized France in two tweets following riots in Paris.
Anti-government protesters faced off with riot police in Paris and other French cities on Saturday, hurling stones, torching cars and vandalising shops and restaurants in a fourth weekend of unrest that has shaken President Emmanuel Macron’s authority.
“The Paris Agreement isn’t working out so well for Paris. Protests and riots all over France,” Trump wrote on his Twitter account on Saturday.
“People do not want to pay large sums of money, much to third world countries (that are questionably run), in order to maybe protect the environment. Chanting “We Want Trump!” Love France,” Trump wrote.
Le Drian said on LCI television: “The yellow vest demonstration was not protesting in English, as far as I know.”
He said that images published in the United States with people chanting “We want Trump” were filmed during a Trump visit to London several months ago.
In a separate tweet, Trump also said: “Very sad day & night in Paris. Maybe it’s time to end the ridiculous and extremely expensive Paris Agreement and return money back to the people in the form of lower taxes? The U.S. was way ahead of the curve on that and the only major country where emissions went down last year!”
Le Drian said the French government does not comment on American politics and that this should work both ways.
“I say to Donald Trump, and the President of the Republic tells him too: we do not take part in American debates, let us live our life in our country,” he said.
Le Drian also said that most Americans disagreed with Trump over his decision to walk away from the 2015 Paris climate agreement.
In the past few months, Trump has published a series of tweets criticising Macron’s climate and defence policies, as well as Macron’s low approval rating.
No comments: Links to this post 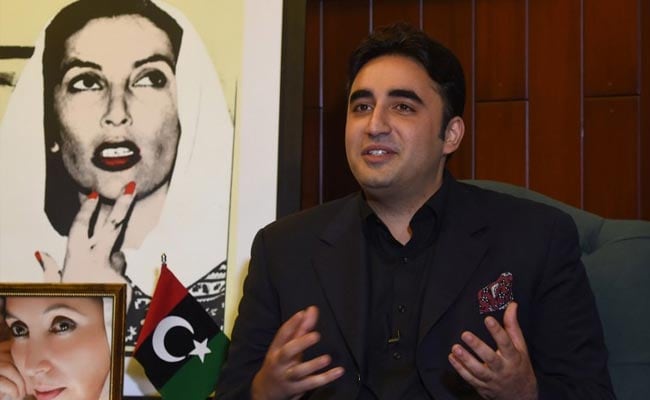 Pakistan People’s Party (PPP) Chairman Bilawal Bhutto Zardari has said that international community cannot afford to ignore violations of human rights anywhere in the world and urged upon them to play their role in protecting inalienable rights of every human being.
In his message on the eve of Human Rights Day being observed worldwide tomorrow, the PPP Chairman said that upholding human rights was the only way this planet can have peace and prosperity in a cohesive environment.
Bilawal Bhutto Zardari further said that despotic regimes and their puppet rulers were posing semiring threats to the protection of human rights adding that only democratic order can save societies infested with human inequalities and low respect to human rights. “Today the humanity is in core need of respect and recognition of their rights, which are being violated everywhere in the world, particularly in countries where the people are ruled over by authoritarians and or where the democracy is controlled,” he added.
PPP Chairman pointed out that his Party has always promoted and protected the human rights and its struggle for the cause has no match among any other political parties of the country. Prime Minister Shaheed Mohtarma Benazir Bhutto established Human Rights Ministry in Pakistan for the first time while Sindh led by PPP set-up Human Rights Department, first-ever in any province of the country. He further recalled that PPP government has also commissioned a powerful Sindh Human Rights Commission for the purpose.
Bilawal Bhutto Zardari pledged that his Party will continue to struggle for the basic human rights of every citizen without any discrimination and will vehemently condemn any violations in the country as well as the world over.
https://mediacellppp.wordpress.com/2018/12/09/world-cannot-afford-to-ignore-hr-violations-says-bilawal-bhutto-zardari-on-humanrightsday/
No comments: Links to this post 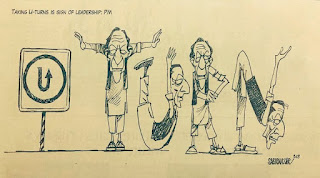 Saima - not her real name- still hasn't recovered from her four years in solitary confinement in a small Pakistani prison cell.
"Even now I feel like I am in jail. You can see the scars on my legs from when I was chained."
Saima was sentenced to life imprisonment for having committed blasphemy, before her conviction was eventually overturned.
She says her jailers at times wouldn't give her food because she was Christian. "They would say, 'You disgraced our religion,'" she told the BBC.
She was accused of defiling the Koran and using it to perform exorcisms.
But Saima says her Muslim neighbours launched the case against her, following a petty fight between their children.
Human rights groups say Pakistan's blasphemy laws are often used to settle personal disputes.
According to the Pakistani penal code, anyone convicted of insulting Prophet Muhammad can be sentenced to death, and anyone guilty of insulting "any religion" can be sent to jail for up to 10 years.
A spokesman for the police in Punjab, Pakistan's largest province, declined to give figures on the number of blasphemy cases registered this year.
But at least 1,472 people were charged under the law between 1987 and 2016, according to advocacy group the Centre for Social Justice.
Religious minorities are disproportionately affected by blasphemy laws, although more Muslims are prosecuted than any other group. 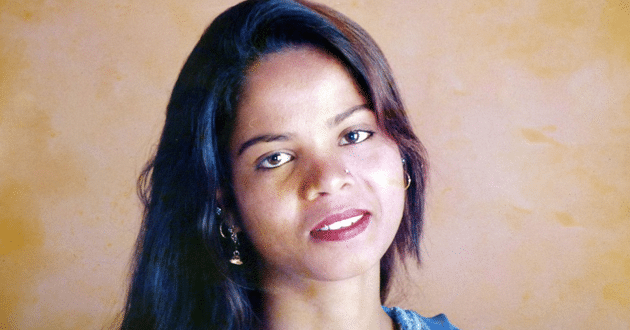 The most high-profile case has been that of Asia Bibi, a Christian woman recently acquitted by the supreme court after being sentenced to death in 2010.
The verdict was met with angry protests, and the intelligence services are believed to be protecting her in an undisclosed location until a final legal challenge against her release has been heard.
Some reports suggest about 40 other people convicted of blasphemy offences are still on death row.
No-one convicted of blasphemy has ever been legally executed in Pakistan, but at least 70 people have reportedly been killed since 1990 in attacks by lynch mobs or vigilantes after being accused of it.
Saima says since being released she lives her life in fear, using a new name.
"I don't even go and visit my family, in case it becomes dangerous for them too," she told the BBC.
Joseph Francis heads the Centre for Legal Aid Assistance and Settlement in Lahore, and works defending those accused of blasphemy.
Two politicians and a lawyer have been killed in the past decade by anti-blasphemy militants - but he's defiant about his work.
"If we don't talk about these issues - nothing will happen," he said.
Mr Francis said he had won about 120 blasphemy cases, and that many of those who were released are now living abroad.
"Whoever is accused of blasphemy can't survive in Pakistan. The only way is if they stay totally under the radar."
Mr Francis says that, as with the Asia Bibi case, lower courts often convict defendants, but higher courts eventually acquit them on appeal.
He said it was a result of "pressure" from religious groups who intimidate judges in the trial courts.
Lawyer Ghulam Mustafa Chaudhry is one of those at times accused of helping pressurise court officials, though he strongly denies that.
He heads a legal forum of lawyers working for free to help try and prosecute blasphemers. They are believed to handle a significant portion of all blasphemy cases in Pakistan. They are currently fighting 40 in Lahore alone.
Mr Chaudhry told the BBC he gets "a lot of peace" from his work and that he "will be rewarded for it in the hereafter".
"For us the most sacred thing is Prophet Muhammad. Everything we do is for him," he added.
I asked him about allegations the blasphemy law was being used to settle personal feuds.
He dismissed that as propaganda. "I've never seen anyone accused for personal gain. Can you see any element like that in Asia Bibi's case?" he asked.
Mr Chaudhry insisted he investigated the cases before deciding to take them on, but said so far he had never turned one down.
"No Muslim can ever accuse falsely someone of something related to Islam. Someone might wrongly accuse someone else of theft or kidnapping. That happens a lot. But no Muslim can do this."
I pressed Mr Chaudhry though on why anyone in Pakistan would commit blasphemy, knowing it could result in a death sentence or lynching.
"From what I've seen, whoever commits blasphemy becomes a hero for the anti-Islam lobby. They help them a lot. They give them visas to go abroad," Mr Chaudhry said.
"There are other crimes that result in death sentences, why don't those defendants get such support?"
This view that alleged blasphemers are simply looking for an excuse to seek asylum, or some kind of "international conspiracy" lies behind them is common amongst religious hardliners.
Mr Chaudhry said international pressure was what led higher courts to acquit blasphemy convicts. He played a leading part in the prosecution of Asia Bibi, representing the cleric from the village who filed the case against her.
During Asia Bibi's appeal in the supreme court, Mr Chaudhry claimed that there was a common thread throughout blasphemy cases in Pakistan, with all the accused using similar derogatory phrases.
According to Mr Chaudhry, Christian leaders were coaching the community in what to say in order to get asylum and foreign support.
The claims may sound outlandish, and the supreme court judges paid them short shrift, but they appeal to some Pakistanis who feel Islam is under threat from secular influences both within the country and abroad.
Mr Chaudhry sees himself as an inheritor of the tradition of the founder of Pakistan, Mohammed Ali Jinnah, himself a lawyer.
In 1929, Mr Jinnah represented Muslim man Ghazi llm Din, who was accused of murdering a Hindu publisher linked to a blasphemous text. The publisher had been acquitted by a court in Lahore, infuriating many Muslims.
Some commentators point out Mr Jinnah only represented Ghazi Ilm Din at a later appeal, not his initial trial, and did not necessarily sympathise with his actions.
But even today Ghazi Ilm Din is hailed as a hero in Pakistan, with streets named after him.
The supreme court judgement acquitting Asia Bibi, which has been praised for standing up to religious hardliners, refers to him as a "great lover of the Prophet".
The Ghazi Ilm Din case exemplifies Pakistan's complex relationship with the concept of blasphemy. It seems unlikely the laws relating to it can be reformed or repealed in the near future.
Mr Chaudhry said without them, there would be even more violence.
"If Asia has been acquitted then it's because of the law. If this law didn't exist she would've been killed instantly," he said.
But Saima, who spent years in jail after being wrongly accused of blasphemy, said the allegation had taken a huge toll on her.
"Life has become like death… people come here and talk to me about what happened, I get happy that they're listening to me, but then what? Nothing changes," she said.
https://www.bbc.com/news/world-asia-46465247
No comments: Links to this post