Video Report - #Brexit Is a no-deal Brexit inevitable? | Inside Story

Video Report - #Democrats Who Didn't Qualify for the 3rd Debates

Worried about losing what they’ve gained, Afghanistan’s young women demand a voice in the country’s future. 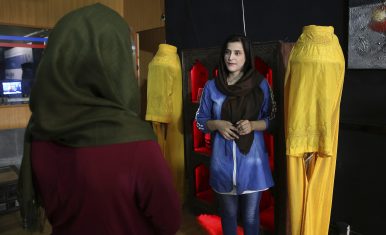 US to reduce troops in Afghanistan by 5,000 President Trump has revealed plans to cut the number of US troops deployed to Afghanistan but he did not provide a timetable for the drawdown. The announcement comes amid talks between the US and the Taliban in Qatar.
US President Donald Trump announced plans on Thursday to reduce the US military presence in Afghanistan by more than 5,000 troops.
"We're going down to 8,600 and then we'll make a determination from there as to what happens," Trump said in an interview with Fox News Radio. "We're reducing that presence very substantially and we're going to always have a presence."
The statement comes as the United States and Taliban have been talking over the last year in an effort to find an end to the 18-year conflict, the US' longest-ever war.
The two sides have been in talks in Qatar in recent weeks and there appeared to be light at the end of the tunnel as a Taliban spokesman said a deal is "close."
Reducing the US troops to 8,600 would bring the total down to approximately the same level it was at when Trump arrived in the White House in January 2017. It had reached a peak of about 100,000 in 2011.
If terror groups ever attacked America from Afghanistan again, "we will come back with a force like they've never seen before," Trump said.
Al-Qaida militants maintained bases in Afghanistan, where they planned the September 11, 2001, attacks on the United States. US troops invaded Afghanistan a month later and have been deployed there ever since.
After the United States, the biggest military presence in Afghanistan by some distance, aiding the NATO mission, are Germany, with 1,300 troops, and the UK, with 1,100, according to figures issued by the military alliance in June.
https://www.dw.com/en/us-to-reduce-troops-in-afghanistan-by-5000/a-50222106
No comments: Links to this post

Referring to "highly irresponsible statements" by Pakistani leadership on matters internal to India, the govt said Islamabad has been using terrorism as a state policy against India.

Condemning as “highly irresponsible” the statements by Pakistani leadership after the abrogation of Article 370 in Jammu and Kashmir, India on Thursday said they are intended to project an “alarmist” situation far from the ground realities, and asked Pakistan to behave as a normal neighbour.
Ministry of External Affairs Spokesperson Raveesh Kumar also dismissed the letter written by Pakistani minister Shireen Mazari to the UN on alleged human rights violation by India in J&K, asserting that it was “not worth the paper it was written on”.
He also said India was informed by Pakistan about test-firing nuclear-capable surface-to-surface ballistic missile ‘Ghaznavi’ as part of the established confidence-building measures (CBMs).
Asked about provocative statements made by Pakistan Prime Minister Imran Khan and some other ministers, he said,”we condemn the highly irresponsible statements made by the Pakistani leadership on matters internal to India. These statements include references to jihad and to incite violence in India.”
Kumar further asserted that “this is intended to project an alarmist situation which is far from the ground realities. Pakistan needs to understand that the world has seen through their provocative and unsubstantiated rhetoric which is based on lies and deceit.”
Asking Pakistan to start behaving like a normal neighbour, Kumar said,”what do normal neighbours do, they do not push terrorists in a neighbouring country. You do normal talk, normal trade.”
“We are all aware Pakistan has been using cross-border terrorism as an instrument of its state policy. We have been continuing to highlight our concerns with them. Pakistan has an obligation to take action against terrorists and terror groups operating from its soil,” he said.
On Pakistan Human Rights Minister Shireen Mazari on Wednesday wrote a letter to 18 UN officials, Kumar said he does not want to lend any credence to the letter by reacting to it.
“They should see what is happening in their house before making statements and everybody knows what is happening, their house is on fire,” he said.
Asked about intelligence inputs of a possible infiltration by terrorists through the sea route, Kumar confirmed that there have been such inputs and said that security forces are prepared to “deal with any eventuality”.
On some international organisations raising concerns with India on rights issues, Kumar said India “completely rejects” such unsubstantiated statements.
“These are not based on facts. Facts are being presented on a regular basis by the district administration in J&K,” he said.
Referring to J&K Governor’s statement made on Wednesday, Kumar also listed several steps to be taken by the administration such as 50,000 vacancies will be filled up in government departments, minimum suport price for the apple crop, and Nafed committing 5,000 crores for procuring apple production of the state.
The spokesperson also said that “certain manual interventions” were there which were required.
The government has also announced that it would ensure the preservation and protection of heritage, language and identity of the region, Kumar said.
He also reiterated the announcement made by the Governor that elections to the block development council would be completed by October.
In terms of restrictions which have been imposed, out of the 197 police stations, there are no-day time restrictions in 167 police stations in J&K, Kumar said.
He also dismissed reports that there was shortage of essential drugs in J&K.
“The local government is handling the situation with maturity and restraint. Not a single life has been lost, not a single live bullet has been fired. The administration is putting all the necessary resources so that normalcy returns to the state as soon as possible,” Kumar said.
“If you look at the situation on the 5th (August) and now, there has been a gradual but a positive improvement in the situation on the ground. Let us not compare the situation there and other parts of the country,” he said.
On reports of Pakistan closing its airspace, Kumar said there has been no official statement from Pakistan confirming that they have closed the airspace.
“What we understand is that there was a notice to airmen which was issued for diversion of certain sectors or certain routes temporarily reasons for which Pakistan has to share,” he said.
https://theprint.in/diplomacy/india-condemns-pakistans-statements-calling-for-jihad-inciting-violence-over-kashmir/283991/
No comments: Links to this post

Pakistan has no locus standi on Kashmir, no nation backs them on Article 370: Rajnath Singh

Pakistan has no locus standi on Kashmir and no country is backing it on the “current issue”, Defence Minister Rajnath Singh said on Thursday amid Islamabad’s efforts to internationalise the Centre’s move to abrogate provisions of Article 370.

Addressing a DRDO event here, Singh asked how can India talk to Pakistan when it keeps trying to destabilise India using terror.
India wants to have good neighbourly relationship with Pakistan, but it should first stop exporting terror to India, Singh said.
He asserted that Pakistan has no locus standi on Kashmir.
“I want to ask Pakistan, when had Kashmir belonged to it. Kashmir was always part of India,” he said.
Pakistan should focus on addressing human rights violations and atrocities in Pakistan occupied Kashmir, the Union minister said.
He said US Defense Secretary Mark Esper during a telephonic conversation told him that abrogation of provisions of Article 370 was an internal matter of India.
“No country is with Pakistan on the current issue,” Singh added.
https://theprint.in/india/pakistan-has-no-locus-standi-on-kashmir-no-nation-backs-them-on-article-370-rajnath-singh/283773/
No comments: Links to this post