#Pakistan - Culture of Intolerance in Higher Institutes of Learning

By Aisha Anees Malik
Universities are bastions of learning and research. They are not only supposed to provide quality teaching, promote research but also support an atmosphere where dialogue can take place. This dialogue or discussion and debate among scholars opens new vistas for research. Diversity of opinion is vital to this experience. Unfortunately, universities increasingly are heading the same way as the larger society – into an abyss where such aspirations are not only stifled but also demonised. My observations come from teaching at the leading university of Pakistan i.e. Quaid-i-Azam University.
In recent past the University has been shut down due to strikes on two occasions. On one occasion students went on a strike to restore their colleagues who had been expelled on disciplinary grounds as per university rules. The second time round it was the faculty that brought academic activities to a halt. The second strike is in full swing at the time of writing of this article. The Academic Staff Association (ASA), a representative body of the faculty, demands the resignation of the Vice Chancellor whom they deem incompetent. I will not delve into the righteousness or otherwise of the demands of the protestors during both these strikes but would like to point out how these protests laid bare the culture of intolerance in the university in the process negating not only the democratic spirit of protest itself but more importantly the spirit of free thought (and speech) that is a hallmark of a world class university.
A reading of email exchanges among faculty members at the faculty portal seems like a 3D adventure ride through the dark ages. Accusations, witch hunts, witch trials and burnings at the stake are the order of the day. Ever since Bush gave us the “you are either with us or against us” mantra we have held on to it like our lives depended on it. The Academic Staff Association (ASA) has given it new life by localising it with slogans like, ‘VC ka jo yaar hai who ghadaar hai ghadaar hai’ (friend to VC is traitor to us). And you don’t have to be a supporter of VC to earn this ire. All faculty members who are against VC but do not agree with ASA’s illegal measures of blocking university transportation to stop students reaching university also fall in this category. All neutrals are also boxed in here. Even those who are simply saying ‘ASA has a right to protest and we have right to teach so please let us teach’ are deemed traitors. Whatever ideological position one takes, if it is not in line with ASA’s boycott of academic activities to force the VC to resign is ‘VC ke yaar’. It gets a new meaning when they chant it at female faculty harassing them into either siding with them or staying quiet for who wishes to be labeled as ‘VC ki Yaar.’
A senior faculty who has recently retired from the university and has been reappointed as a Director on contractual basis posted a link from a news report in which students had given their views on the ongoing strike. As these views challenged the totalitarian views being portrayed by the leading lights of the protest, all hell broke loose. Below the belt personal jibes, insults and threats followed email upon email. A large number of faculty members, some part of ASA others from institutes & centers affiliated to QAU and housed in its premises also gave press releases objecting to this threatening environment in the university perpetuated by certain ASA stalwarts and impeding of educational activities. I was going to post these links for others to read and comment upon. Seeing the treatment meted out to a senior faculty, I thought better of it.
The purpose of faculty email portal is to provide a platform for exchange of ideas. If we cannot discuss our ideological and political positions amongst colleagues and improve our thinking processes through their constructive feedback, how are we supposed to advance learning and challenge or add to the already existing knowledge base? This atmosphere of openly threatening opposing views suppresses any possibility of such productive exchange. The threatening emails at the faculty email portal make it clear that intolerance is increasingly being institutionalised in higher institutes of learning even like Quaid-i-Azam University which until now had been a safe haven for progressive thought and speech. It would be a shame if it were to fall prey to the ills of the larger society like intolerance rather than providing hope for a tolerant and progressive society.
No comments: Links to this post

Pakistanis have a long way to go before they can hope to break the shackles of the states’ imposed religiosity, maintain real political stability, and achieve a balance in the power and authority of key institutions of the state.

Nawaz Sharif and his daughter may be seen as the harbinger of change, but the military remains the most powerful organ of the state, able to prevail wherever and whenever it deems suitable. The generals still enjoy the support and goodwill of the bulk of politicians, religious leaders, and courts as compared to the ruling civilians. The March 3 Senate election and the election of Senate Chairman on March 12 provided a fresh example of the military’s power. To counter the candidate of Sharif’s ruling Muslim League, Pakistan’s leading opposition parties—Tehrik-e-Insaaf and the Pakistan Peoples Party—opted to elect a less-known independent senator, Sadiq Sanjrani from Balochistan province, as Chairman. A majority of Pakistani commentators and political experts believe the alliance between PPP and PTI, typically staunch rivals, was engineered by the powerful security establishment to counter Sharif’s party.
When it comes to the press, the supposedly free media is not so free. None of the 24/7 television channels dared to cover the protests by tribal youth in Quetta on March 11, when they highlighted alleged human rights violations in FATA, Balochistan, and other parts of Pakistan perpetrated by the country’s security agencies. And on January 19, the Interior Ministry of Pakistan, on the recommendation of the country’s prime intelligence agency ISI, closed the bureau office of Radio Mashaal in Islamabad, calling its broadcasts “in line with [a] hostile intelligence agency’s agenda.” The U.S.-funded radio channel (full disclosure: I am its senior editor) is mostly focused on countering extremist propaganda in Pakistan’s tribal areas by providing accurate, uncensored news and facilitating open-ended debate.
On the social front, change is visible, but still distant. When a court on February 7 acquitted some people accused in the aforementioned blasphemy killing of a university student, some in the neighborhood flocked to the houses of the freed men to kiss their hands and faces, because “they had taken part in the killing of a blasphemer.” The grave of Mumtaz Qadri, the police officer who killed the outspoken governor of Punjab province Salmaan Tasser in Islamabad in 2011, is still visited by pilgrims in search of blessings. Qadri’s funeral prayer, after his hanging, was one of the largest in recent years.
Discouraging as these anecdotes are, however, new social dynamics are empowering those who used to stay silent. Although the religious side is more visible due to their street protests, proclivity for violence, and occasional behind-the-scenes support, it is the moderates who win the sympathy of the silent majority when it comes to issues such as human rights, education, terrorism, extremism, and civilian supremacy. After all, it was not only Manzoor Pashteen’s fellow tribesmen who joined the sit-in he organized in Islamabad in early February. It was also visited by human rights defenders such as late Asma Jehangir, prominent journalists such as Hamid Mir, religious leaders such as Maulana Fazlur Rahman, and leaders from almost all political parties. Female participation from the conservative FATA and Khyber Pakhtunkhwa province was conspicuous. This cross-section of Pakistanis demanding a better life offers a hopeful vision for the future. Increasing social and political awareness, education, and the expanding role of social media is shifting the power from the traditional elites to the emerging youth who have stronger contacts with the outside world. The promise of this vision will not be realized tomorrow: Pakistan’s democracy remains a carefully controlled one, subject to perpetual interference by the military generals.

But a continuation of these trends can, in the longer run, facilitate a more moderate and peaceful Pakistan.

Nobel Peace Prize winner Malala Yousafzai has returned to Pakistan for the first time since being shot by Taliban militants.
Ms Yousafzai, now aged 20 and a vocal human rights activist, was shot in the head by a gunman for campaigning for female education in 2012.
Details of the trip have been kept secret "in view of the sensitivity", an official told AFP news agency.
She is expected to hold meetings with Prime Minister Shahid Khaqan Abbasi.
Pakistani television broadcast video that appeared to show her with her parents at Islamabad's Benazir Bhutto International Airport under tight security.
Following her shooting she was transported to the UK where she received treatment in Birmingham, where her family continue to live.
Since winning the Nobel Peace Prize in 2014, she has continued campaigning while pursuing studies at Oxford University.
She has repeatedly expressed her wishes to return to Pakistan, including at the World Economic Forum in January this year. 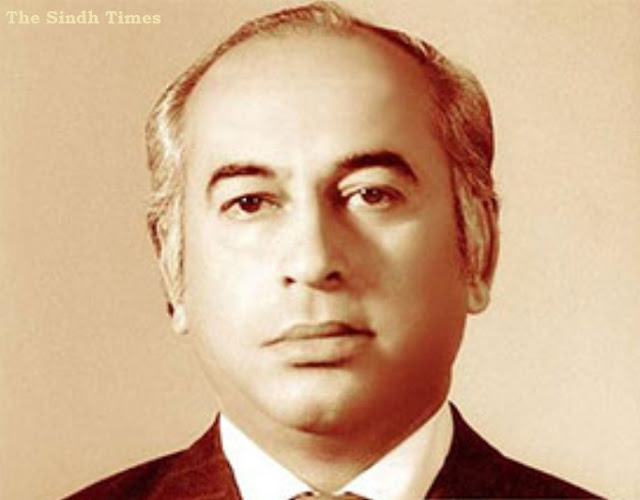 The 39th death anniversary of founder-chairman of the Pakistan People’s Party (PPP) and former prime minister Quaid-e-Awam Shaheed Zulfikar Ali Bhutto would be observed with great reverence and respect across the country tomorrow. Pakistan Peoples Party is finalizing arrangements for 39th death anniversary of its founder Zulfiqar Ali Bhutto on April 4 at Garhi Khuda Bakhsh, Larkana.
Zulfikar Ali Bhutto was a statesman who served as the 9th Prime Minister of Pakistan from 1973 to 1977, and prior to that as the 4th President of Pakistan from 1971 to 1973.He is revered in Pakistan as Quaid-i-Awam. He was also the founder of the Pakistan People’s Party (PPP) and served as its chairman until his executionon 4th April 1979. Educated at USC, University of California at Berkeley and University of Oxford, Bhutto trained as a barrister at Lincoln’s Inn in London. He entered politics as one of President Iskander Mirza’s cabinet members, before being assigned several ministries during President Ayub Khan’s military rule from 1958. He was appointed Foreign Minister in 1963.