Pakistan’s euphoria from Trump’s talks with Imran Khan may not last – thanks to terrorism, the Taliban and economics


Khan’s visit was to “reset” bilateral ties. US President Donald Trump had cancelled US$1.3 billion in economic and military aid, blaming Pakistan for deceit and treachery in promoting terrorism and playing the spoiler in Afghanistan. Pakistan was also worried about its potential inclusion on the Financial Action Task Force’s blacklist on terrorism financing charges and unnerved by India’s cross-border military strikes against terrorist camps. Pakistan’s current patron, China, failed to provide 100 per cent protection, leaving the country feeling uncomfortable with its growing reliance on Beijing.America had made it clear that it expected Pakistan to take irreversible and irrevocable steps against terrorist groups. Before the visit, Pakistan arrested Hafiz Saeed, internationally declared terrorist and chief of the jihadi terrorist outfit Lashkar-e-Taiba, responsible for terrorist attacks on the Indian Parliament and Mumbai. Pakistan has arrested this terrorist several times before, only to release him when international pressure eased.
Pakistan’s floundering economy, kept barely afloat by loans from friendly countries and a promised IMF bailout worth US$6 billion, was another reason to seek American help. Pakistan’s currency is losing value, foreign exchange reserves are dangerously low and annual exports have stagnated at US$25.5 billion, far below Bangladesh’s exports of around US$41 billion.Pakistan is the breeding ground for scores of Islamist terrorist outfits, nurtured and used by the Pakistan Army in launching terrorist attacks in Afghanistan and India. In Washington, Khan made the surprising public admission that over 40 terrorist groups and up to 40,000 terrorists were operating in his country, and that Pakistan was trying hard to neutralise them. He also acknowledged that these groups were operating in Afghanistan and India. The White House statement said, inter alia, that “it is vital that Pakistan take action to shut down all [terrorist] groups once and for all”.
Pakistan has sought to leverage its control over the Taliban in helping to extricate America from the 18-year-old Afghanistan quagmire, a denouement Trump wants badly for his re-election campaign in 2020. For Pakistan’s military, American aid is crucial for upgrading and maintaining American military hardware in its inventory and sourcing new weaponry. Khan was accompanied by the army chief and military intelligence chief to Washington, reinforcing the belief that he is a “selected” rather than elected prime minister.


All Pakistani prime ministers invariably raise the Kashmir issue and solicit international mediation. Choreographed questions by Pakistani journalists and Khan’s flattery led Trump to come up with a fantastic story that, at the G20 Summit in Osaka, Indian Prime Minister Narendra Modi had asked him to mediate on Kashmir. India promptly rejected Trump’s assertion, reiterating its long-held position that Kashmir is a bilateral issue and no mediation is acceptable. But Trump’s ill-considered remarks gave Khan bragging rights and a propaganda point.

Pakistan, an American ally during the cold war, was showered with military and economic aid worth billions of dollars by several US administrations. Pakistan was also viewed as a proxy against India, because India chose non-alignment, with a tilt towards the Soviet Union. Leveraging relations with Pakistan to pressure India remains a recurring feature of American policy in South Asia. Pakistan’s useful role as a proxy against India also led to the China-Pakistan strategic nexus, soon after the Sino-Indian conflict in 1962.


The China-Pakistan nexus has matured into a strategic alliance, resulting in the China-Pakistan Economic Corridor and Islamabad as a client state of China. The Afghan jihad to oust the Soviet Union started another American gravy train, feeding generations of Pakistan’s military and civilian elite and their progeny. America and China also helped Pakistan’s nuclear weapons and missile development programmes during this period.

America needs Pakistan, particularly its army, to tame the Taliban and make it cooperate to reach an all-party peace deal in Afghanistan. While America seeks a face-saving retreat, Pakistan seeks a government in Afghanistan that is subservient to its interest and eliminating Indian influence. Though America describes India as a strategic partner, with an eye towards balancing an expansionist and aggressive China, exit from Afghanistan is Trump’s first priority. Both Russia and China also want America out of Afghanistan but are wary of the consequences of instability and Islamist extremism taking root again in this sensitive southern flank of China and Central Asia. All countries are hedging their ties with one another in pursuit of their respective interests. Can “Taliban Khan” (as he has been dubbed by his opponents) deliver on the promises made in Washington? The final outcome lies in the realm of the unknown. 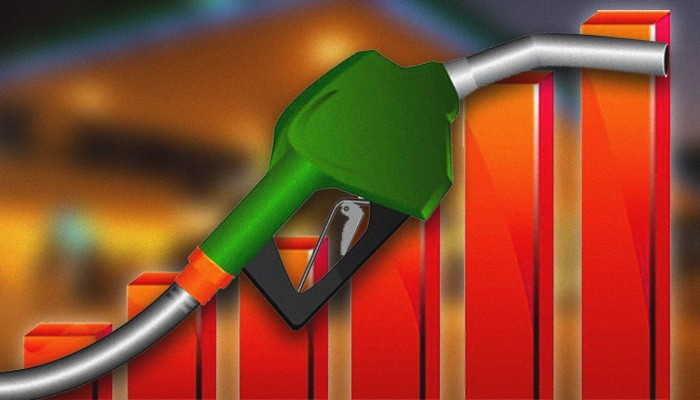 After a year of press freedom violations, RSF writes to Pakistan’s premier

In an open letter to Imran Khan a year after he took office as Pakistan’s prime minister, Reporters Without Borders (RSF) calls on him to recognize the alarming decline in the state of press freedom in his country and to take urgent measures to address this.

When asked, during an official visit to the United States last week, about recent press freedom violations in your country, you replied: “Pakistan has one of the freest presses in the world (...) To say there are curbs on the Pakistan press is a joke.”

There is nothing funny about this “joke” for journalists in your country. You claim that the Pakistani press is one of the freest in the world. “The Pakistani media is even freer than the British media,” you added at another point during your visit.

It is clear that either you are very poorly informed, in which case you should urgently replace the people around you, or you are knowingly concealing the facts, which is very serious, given your responsibilities.

Just a few hours after you landed in the United States, the leading Pakistani TV news channel, Geo News, was censored yet again. Your fellow citizens found a blank screen when they tried to obtain independent, public interest reporting about your trip from this channel.

A month ago, a live Geo News interview with former President Asif Ali Zardari by the well-known journalist Hamid Mir was cut short after just a few minutes without any explanation. When contacted by RSF, the interviewer blamed you for this sudden and completely arbitrary act of censorship.

The signals of three other Pakistani TV news channels, AbbTakk TV, 24 News and Capital TV, were suddenly suspended from cable TV services on 8 July without any warning to their management, and remained suspended for several days. Najam Sethi, a well-known journalist who often works with 24 News, confirmed to RSF that the suspension was a reprisal for their coverage of a press conference by Maryam Nawaz Sharif, another opposition figure.

These brazen cases of censorship, which seriously threaten journalistic independence and pluralism, are characteristic of non-democratic regimes. You won the general elections a year ago by repeating the slogans “Tabdeeli!” (Change) and “Naya Pakistan!” (a “New Pakistan”) during the campaign.

It is nonetheless clear that, as far as press freedom goes, the change has been for the worse. Ranked 142nd out of 180 countries in RSF’s 2019 World Press Freedom Index, your country has fallen three places in the past year. And the events of recent months offer no grounds for optimism about the “new Pakistan.”

Ali Sher Rajpar, the president of the press club in Padidan, in southeastern Sindh province, was fatally shot five times at point blank range on 4 May, shortly after unsuccessfully requesting police protection because he had been threatened in connection with his coverage of local corruption.

Just four days before that, after another Pakistani journalist, Malik Amanullah Khan, was gunned down in the Parowa area of Dera Ismail Khan district, in northwestern Khyber Pakhtunkhwa province. He too was the president of the local press club.

Muhammad Bilal Khan, a journalist and blogger whose YouTube channel had more than 50,000 followers, was hacked to death in an Islamabad suburb in June. One of his latest videos was about one of your speeches and, in one of his last tweets, he criticized your intelligence agency, Inter-Services Intelligence (ISI). The police have made no arrests in any of these three cases.

When not targeted physically, journalists who cross certain red lines are subjected to judicial harassment. They include Shahzeb Jillani, an investigative journalist who was charged with “cyber-terrorism” in April in connection with a tweet referring to an ISI officer.

Even the prestigious daily Dawn – founded in 1941 by Muhammad Ali Jinnah, the father of the Pakistani nation, as part of the fight against British colonialism – is being subjected to harsh economic harassment. Your government has denied it any income from state advertising since 24 April. According to RSF’s sources, this arbitrary decision was a reprisal for an article published the previous day about a press conference you gave in Tehran in which you recognized that Pakistan-based militants had been involved in attacks inside Iran. In other words, your government does not tolerate your country’s media repeating what you say while abroad.

In the light of this recent surge in press freedom violations, of which this list is not exhaustive, you will appreciate that to talk of “one of the freest presses in the world” is clearly tantamount to an obscenity.

We therefore urge your government to allow Pakistan’s journalists to exercise their profession in complete safety and with complete independence, as envisaged in article 19 of the 1973 constitution.

The credibility of the Pakistani state and democracy is at stake.