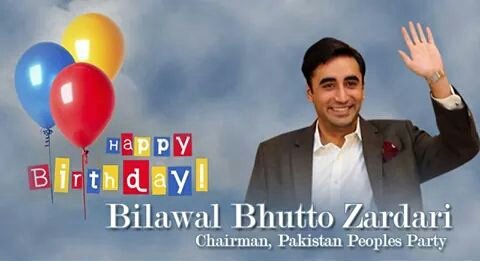 Some two million Pakistani households have refused immunisations for children since April. An anti-vaccination movement rooted in suspicions of modern medicine. Unsubstantiated rumours fuelled by social media. Children infected with a disease that had been all but wiped out. Polio is making a troubling comeback in Pakistan, and it is being driven by some of the same forces spreading measles in the United States. Two years after health officials declared they were on the verge of eradicating the crippling childhood disease from Pakistan, one of the last countries where it remains endemic, at least 58 children here have tested positive for the virus since January.That is nearly five times the total of all of last year, and the most in a calendar year since 2014 – a major setback for a US$1 billion-a-year global eradication campaign. Some two million Pakistani households have refused immunisations for children since April, when reports circulated on television channels, Facebook and Twitter that children had fallen ill after a vaccination drive at a school in the northern city of Peshawar. None of those adverse reactions were serious enough to require hospitalisation, according to health officials.But the rumours revived long-standing myths about the dangers of vaccinations in Pakistan that the decades-long eradication effort has fought to dispel. Opponents of the Pakistani government are also using the vaccinations as a political tool to put pressure on the new Prime Minister Imran Khan. In dusty Bannu, centre of an impoverished northern district of more than 1 million people, some traders and small retailers recently threatened to boycott an upcoming round of vaccinations if authorities didn’t withdraw plans for a new sales tax. “The new taxation system for retailers is like economic murder of our children,” said Saleem Rehman, president of a shopkeepers association. “The polio virus can disable a child and will not kill him, but our children will die of hunger if we surrender to the government’s new taxes.” Three-quarters of the new polio cases have been found in Khyber Pakhtunkhwa province and the adjacent tribal belt along the border with Afghanistan, the world’s last major corridor of polio transmission.Afghanistan has recorded 13 cases this year and is the only other country where the disease continues to infect children.Pakistani health officials have been baffled by the idea that parents would risk exposing their children to the virus to make a political statement. “It’s a joke,” said a frustrated Aziz Memon, national chairman of the PolioPlus programme in Pakistan led by the charity Rotary International. “But these are just blackmailing tactics. The government is taking care of this in a serious way.” The resurgence of the virus has embarrassed Khan, who pledged to make polio eradication a “topmost priority” and launched a new communication strategy – backed by US$10 million from the Bill & Melinda Gates Foundation – to combat misinformation. Memon said the government has replaced anti-polio officials in poor-performing districts and redoubled efforts to win over tribal and religious leaders, some of whom have denounced vaccinations as a Western plot to sterilise Muslims. At the request of Pakistani officials, Facebook said it deleted 36 posts for spreading vaccine misinformation “that had the potential to incite violence against health workers on the ground”. In the next round of vaccinations, due to begin in November, officials have said they would distribute food rations in poor areas to rebuild public support. In Pakistan, the door-to-door campaign to inoculate all children younger than five has been hampered by insecurity and lack of government authority in certain areas. This year alone, five polio workers have been killed. Shah Wazir, president of the Bannu Chamber of Commerce and Industry, said his organisation would boycott the next vaccination drive, because previous demonstrations against Khan’s fiscal policies haven’t worked. “This was the only way to register protest against the government’s economic policies and seek the attention of the international community,” Shah Wazir, 60, said. Other groups in the tribal area have also tried to condition their support for polio vaccinations on political demands. One tribe in South Waziristan announced it wanted the government to build roads to connect villages to schools. Another tribe in North Waziristan demanded compensation for houses damaged in Pakistani military operations against militants. Officials said they wouldn’t negotiate with such groups or administer vaccinations by force, relying instead on the information campaign and anti-poverty efforts. “We hope that with these changes, things move in the right direction,” Memon said. “We are heading into the low transmission season in November and December. If we are able to do a few good rounds of vaccinations, we will be able to halt the virus.” https://www.scmp.com/news/asia/south-asia/article/3026217/anti-vaxxers-and-blackmail-fuel-polio-comeback-pakistan
No comments: Links to this post

Deaths in custody — the culture of police torture in Pakistan

Haroon Janjua
Recent cases of custodial deaths have angered the Pakistani people, who are demanding immediate justice for the victims. But reforming the "police torture culture" would be a mammoth task. Haroon Janjua reports.
Muhammad Afzaal, an elderly man with a long white beard, is sitting among a group of mourners in his home in the Gorali village of Punjab's Gujranwala district, some 250 kilometers (155 miles) south of the Pakistani capital Islamabad. All these people are mourning the death of Salahuddin Ayubi, Afzaal's mentally disabled son, who was allegedly tortured to death in police custody.
60-year-old Afzaal tells DW he learnt about the news of his son's arrest on August 30 after a local news channel showed Ayubi breaking into a bank's ATM counter. A video of Ayubi mocking the CCTV camera went viral on social media. Later, police officials arrested the 27-year-old.
"They brutally murdered my son," Afzaal said.
"I saw the torture marks on my son's body. His right arm was burnt, either with hot water or electric shocks. There were bruises on his entire body," Afzaal said.
Punjab police denied torturing Ayubi and said he died a natural death. The authorities said he was behaving like a "mad person" and fell unconscious when they brought him to hospital.
"We condemn any form of violence and torture. It could be an individual act. We are investigating whether a police official was responsible for Ayubi's death," Inam Ghani, a spokesman for Punjab police, told DW.
"To avoid such acts in the future, we are introducing changes to make the police force more people-friendly and helpful," Ghani added.
A forensic report on Tuesday confirmed that Ayubi died of physical and mental torture.
Deaths in police custody
There is no credible data available on custodial deaths in Pakistan, but human rights groups point to a spike in police torture cases. They say that the "culture" of police torture is more prevalent in Pakistan's most populous Punjab province than in other parts of the country.
Ayubi's death has put a spotlight on the issue of custodial deaths in the South Asian nation.
"Ayubi's death in custody is not the first case of police torture. Custodial torture is actually a routine in Pakistan," Usama Khawar, a lawyer hired by Afzaal, told DW.
Human Rights Watch (HRW) says that members of marginalized communities are particularly at risk of police abuse.
"A lack of accountability in police excesses has fostered a culture of impunity. Pakistani police are often under-resourced and ill-equipped to deal with the challenges of the modern world. The police force needs to be modernized, and police officials involved in custodial deaths and other rights violations should be held accountable through a transparent and efficient mechanism," Saroop Ijaz, a Pakistan researcher for HRW, told DW.
Rights activists say that Pakistan lacks comprehensive legislation to prevent and criminalize police torture. Although the Police Order 2002 prohibits torture and imposes a penalty on police officials committing torture, most police officials consider themselves above the law. There is a lack of accountability in the police force.
"Police officials involved in torture should be brought to justice, but unfortunately not a single police official in confirmed torture cases was held accountable for his actions. This shows that we don't have independent district and provincial monitoring bodies that can investigate torture allegations," Sarah Belal, the executive director of Justice Project Pakistan, told DW.
Read more: Uproar in Pakistan over 'torture and sexual abuse' of Christian youths
Need for police reforms
Earlier this year, police officials killed several members of the same family in Punjab's Sahiwal town on terrorism suspicion. Prime Minister Imran Khan condemned the killings and promised to initiate police reforms to avoid torture and extrajudicial killings.
"I will review the entire structure of Punjab police and start process of reforming it," Khan said in January.
But so far, no action has been taken in this regard.
Experts say that police reforms would be a long-term measure; for the short term, it is vital to pass a law to criminalize all kinds of torture, institute legal safeguards for the protection of witnesses and victims of torture, and form independent bodies to investigate torture cases.
"There is definitely a need to reform police that consider torture an 'effective method' to curb crime," underlined Belal. "Trainings, of course, can be an effective medium to sensitize police officials and make them understand that the job of police is to protect citizens and not control them," she added.
Police spokesperson Ghani says that people will soon "see positive changes in police," although to reform the entire policing system would not be easy.
https://www.dw.com/en/deaths-in-custody-the-culture-of-police-torture-in-pakistan/a-50474723
No comments: Links to this post 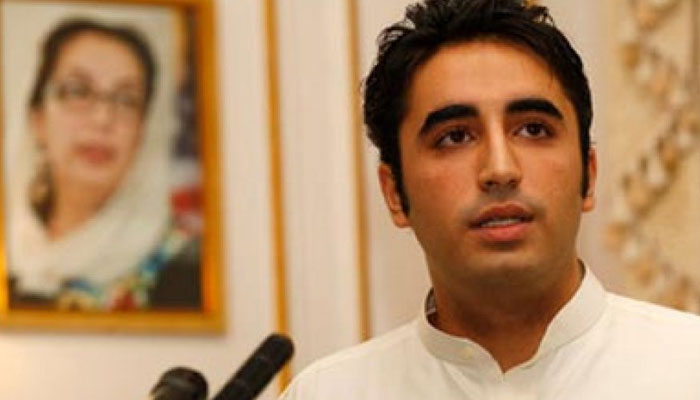 Chairman Pakistan Peoples Party Bilawal Bhutto Zardari has paid glowing tributes to his uncle Shaheed Murtaza Bhutto on his 23rd martyrdom anniversary which will be observed on Friday.
In his message on the day, the PPP Chairman said that Shaheed Mir Murtaza Bhutto waged a brave struggle against the dictator Zia ul Haq and suffered heavily at the hands of the dictatorial forces. At a very young age his father, former Prime Minister Shaheed Zulfikar Ali Bhutto was hanged under a conspiracy plot woven by the dictator and a part of judiciary. This ilk continues to operate in different ways against the democratic forces to crush people’s will and real mandate, he stated. 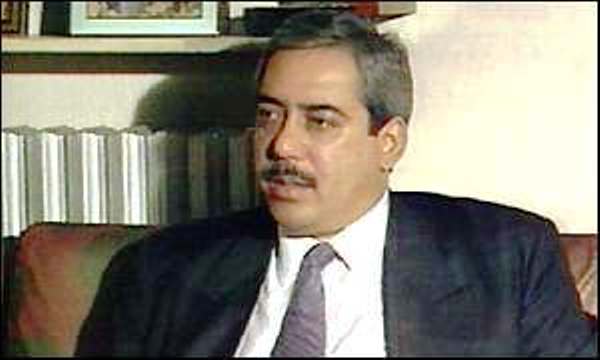 Bilawal further said that Murtaza Bhutto and his younger brother Shahnawaz Bhutto were forced into exile and were hounded where ever they went finally being martyred.
The PPP chairman said that his was the third generation of Shaheed Zulfikar Ali Bhutto’s, which also continues to be the target of the remnants of tin-pot dictator Zia under the prolonged conspiracy.
However, those inheriting Bhutto’s legacy won’t be silenced through gallows and guns or the modern ugly tactics and tools. So-called accountability for political engineering and mud-slinging against PPP leadership was the oft-repeated tool but it will fail again, he added.
Bilawal pointed out that Murtaza Bhutto was killed under a “Kill A Bhutto to Get A Bhutto” plot to dislodge people’s government led by his sister Shaheed Mohtarma Benazir Bhutto and initiate fabricated cases against former President Asif Ali Zardari.
He said that Murtaza Bhutto will remain in our memories forever as an icon of bravery and democratic struggle adding that PPP would continue democratic and human rights of the people of Pakistan without any fear.