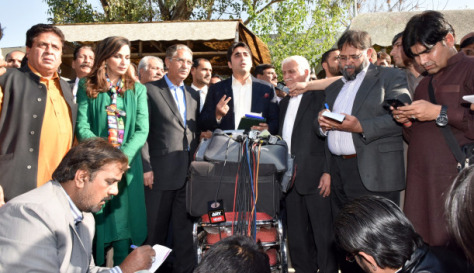 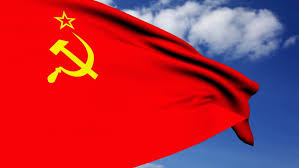 On February 16 Russian Foreign Minister Sergey Lavrov called for a New World Order “a post west world”. Speaking at the Munich Security Conference he called the present west-dominated order outdated and said, “I hope that (the world) will choose a democratic world order- a post-west one- in which each country is defined by its sovereignty”.
It is not the first time that one of the senior Russian leaders has found fault with the word dominated by the US led west, the 900 plus. In fact Moscow took pride in being “the third Rome” even during the Soviet era. That has been part of the Russian ethos for a long time. Michael Gorbachev who presided over the dismemberment of the erstwhile Soviet Union has been harshly and constantly criticised by Russian nationalists for walking into the trap of western powers. According to this version Gorbachev, chasing the mirage of “our common European home”, believed in the assurances of Margaret Thatcher and other western stalwarts of that time that if Warsaw Pact was dismantled NATO would not spread its tentacles into Eastern Europe, close to Russian borders. But historical experience proved to be altogether different.

NATO absorbed one country after another in east Europe and ultimately started knocking at Russian borders in Ukraine. Representing the accumulated Russian anger and frustration Vladimir Putin invaded and annexed Crimea. Not only that, Russia also started supporting and encouraging separatists in Eastern Ukraine. Western countries slapped financial sanctions on Russian state institutions.
Western powers are reeling under the success of Putin in stocking the sense of peril and fear of failure. By backing insurgent Euroskeptic bodies Kremlin has opened another front along with almost monopolising politico military developments in the Middle East. All this has led to the emergence of new fault lines in Europe that are becoming the basis for a New Cold War. This is in a way a sequel to the previous Cold Wars: the first one between Russia and Britain from 1854 to 1907 and the second one between the Soviet Union and USA from 1946 to 1991.
But the timing of Sergey Lavrov’s statement is important. The recent US presidential elections and the phenomena represented by Donald Trump and Brexit along with the rise of racist ultra rightest sociopolitical movements in Europe epitomise the deep crises of western liberal democracy. European Union is facing existential challenges and the Eurocrats in Brussels do not sound as confident about political and economic prospects of their union as they did in 1970s and 1980s.
But the most important dimension of the western crises is its economic decline. In 1980 US economy was 25.7 percent of global gross domestic product which fell down to 22.5 in 2014. Similarly in 1980 the European economy represented 32 percent of global economic activity and Asian economy accounted for about 20 percent, but in 2012 the said position had reversed. The growth included economies of China, India, Russia, South Korea and Indonesia. It goes without saying that growth of Chinese economy remains phenomenal. In 1980 Chinese economy was a mere 2.8 of global GDP and in 2014 it rose 13.4 percent.
But the most interesting development is changing the western position on modern globalisation which was basically a product of western capitalism. WTO was regarded to be ultimate culmination of western thinkers such as Adam Smith and Immanuel Kant. Initially the non-western countries regarded it as the latest instrument for western domination and were scared of it. But at the end of the day some of the western powers which are supposed to be the bastion of capitalism are not only turning against it but have also started embracing protectionism. And in remarkable irony, defending globalisation, the Chinese President Xi Jinping has reported to have given advice to US President Donald Trump in these words, “when you lock yourself in a room, wind and rain may be kept outside, but so are light and air “.
Russian historical memory of the Eastern Roman Empire and its legacy of the leader of Slav nations is well known but what has not attracted enough attention is the equally important if not more Russian obsession with the geo-strategic significance of the Eurasian Heartland. It has been theorised at some length in recent years by Russian thinkers and it has become a factor in shaping the vision of Putin’s Russia. Studying the history of social formations of a region consisting of Central and Northern Asia and East Europe with Russia as a bridge in it, some of the Russian social historians believe that the Eurasian Heartland has played a pivotal role in shaping historical development in the world.
The writings of Andrey Fursov, an outstanding expert on history of social development are quite interesting. He describes Great Eurasian Cycles of 700/800 years. He traces the initial impulse of great westward migrations in Eurasian Heartland to its eastern nomadic past ,that ultimately provoked counter eastward waves of Greeks and Romans. His version of the impact of Mongol power on developments in Europe is fascinating. He is of the opinion that the jolts feudal Europe received by Mongol power led to the emergence of capitalism in western part of Europe. Similarly he is of the view that the historical wave created by the same Mongol power adapted itself with social developments first into Russian autocracy and subsequently into Soviet socialism. To him, in the 20th century, Soviet Communism was the highest stage of a Central Eurasian Power Model. He doesn’t hesitate even from banking on Marxist formulations in post Soviet Russia. For example, to explain these historical transmutations, he quotes Karl Marx when the later says, “the mole of history is burrowing slowly”. He also quotes Bukharin to whom Stalin was a kind of Chenghiz Khan with the telegraph.
The collapse of the erstwhile Soviet Union that was regarded a dire challenge at the end of 20th century is now regarded a brand new opportunity for the Eurasian Heartland to reorganise itself for adapting to new socio historical conditions. It’s a historical need for the Eurasian Heartland to develop capacity and dynamism for filling the vacuum created by shrinking western influence in most parts of the world. Hence the new Cold War. It is pretty obvious that a peaceful, democratic and a stable multipolar world is still a distant dream.
No comments: