War Crimes: Saudi Arabia Should Pay the Penalty for Catastrophe in Yemen

Commentary From China - : US is not a human rights paradise, nor the world’s moral leader

The U.S. Department of State issued its report on International Religious Freedom for 2016, once again using human rights as a political tool to interfere in the internal affairs of China, tarnish its international image, and promote U.S. strategic interests.
In response to the report, Chinese Foreign Ministry spokeswoman Hua Chunying said China fully respects and protects freedom of religion and belief in accordance with the law. China slammed the report for maliciously criticizing China’s religious freedom situation in disregard of the facts, and urged the U.S. side to mind its own business and stop interfering in other countries’ internal affairs in the name of religion.
As in any country, there is always room for improvement, but freedom of religious belief is a basic right enjoyed by all Chinese citizens. China protects normal religious activities, but no country allows illegal or harmful activities to be carried out in the name of religion. As a sovereign country, China has every right to guard against what it sees as foreign infiltration through religion and to take appropriate measures to stop extremists from spreading their poisonous ideologies in the country.
As a major country with great influence, the U.S. has an important role to play in advancing the protection of human rights and religious freedom around the world. But the U.S. should also realize that America is not a human rights paradise, nor the world’s moral leader. It thus has no right to use human rights or religious freedom as an excuse to undermine the authority of other countries for its own strategic purposes.
In fact, the U.S. itself is awash in terrible human rights abuses—not only against its own citizens, but the citizens of other countries. For example, hate toward Muslims is growing. According to a report by the Council on American-Islamic Relations (CAIR), reported hate crimes against Muslims in the U.S. rose dramatically in 2016. “Islamophobic bias continues its trend toward increasing violence,” the report found. In 2016, CAIR recorded a 57 percent increase in anti-Muslim bias incidents over 2015, accompanied by a 44 percent increase in anti-Muslim hate crimes in the same period. From 2014 to 2016, anti-Muslim bias incidents jumped 65 percent and hate crimes targeting Muslims surged 584 percent.
The U.S. government continues to treat Muslims as terrorists-in-waiting, spying on Muslim Americans because of their religious belief and practices, and stealthily trying to ban Muslims from entering the country. The U.S. government has also killed a large number of innocent civilians in Muslim countries in its controversial targeted killing program, and the CIA’s brutal interrogation program is the very definition of torture. In a report last year, the International Criminal Court said the U.S. may have committed war crimes in Afghanistan. Taken together, it is wildly hypocritical for the U.S. to point the finger at China and in the same breath claim the world’s moral high ground, when there is plenty of evidence to the contrary.
But it is not just hate toward Muslims that is on the rise. As the recent deadly racist violence in Charlottesville, Virginia, have shown, hate and terror are on the rise in America, and such problems are expected to increase. In its eagerness to claim the moral high ground, the U.S. government has ignored the facts of its own situation, showing its bias against China. Rather than place America on top of all other nations as the world’s moral authority and undermine other countries’ efforts and hard-won achievements, the U.S. government should focus more on making America “great again,” and less on making other countries more like America.
No comments: Links to this post

By Murtaza Haider Khan Khakwani
Sleep escaped me last night after reading about a young boy, a few years short of adolescence, hit and trampled to death by the cavalcade of Pakistan's ousted Prime Minister. According to witnesses and news reports, this child's body was driven over by a multitude of vehicles escorting the PM. There was a 'mobile health unit' in this motorcade too, which sped away without a care. The boy's father overcome with grief and horror, fainted as he witnessed this scene. Some say he suffered a heart attack.
Following the incident, the PM's stooges rebranded the murder of this child as 'a sacrifice for Pakistan'. They had the audacity to call him their 'little worker' in an attempt to dupe the masses into believing that this innocent bystander died for their cause. Their cause? Trying to reinstate a man who was disqualified by the country's Supreme Court for having amassed wealth (>$1 billion) beyond his means and following his rise to political power. They used the death of this child as a slogan to perpetuate their nefarious reign. If you think ousting this PM was an attack on democracy, allow me to burst your bubble of ignorance. No democracy would stand for this. Pakistan however, conducts a countrywide election to bring in self-proclaimed monarchs. Supported by a swarm of greed-ridden locusts that have sold their souls for a step up in society, wave after wave of such plagued individuals have been at the seat of power. The rot has set in, and nothing highlights institutional and moral failure more than the death of this child, and what followed.
The man whose parade trampled this child drove on to address a crowd of loyalists. During his speech, amongst other things, he uttered the following words, "Let's write a new history for our country.." Let's not. Let's hold you accountable for this death. Anyone with the slightest idea of how things work in Pakistan understands that every civil institution is subservient to the ruling party. The negligent drivers following this civilian acted this way because they did not have a choice to do so otherwise. Their oaths were to serve their masters over their country (evidenced by the saluting policewoman not too long). This dwindling loyalty is forced out of them as different governments serve their terms, and a failure to do so is a failure to provide for their families. A common trend nowadays, the collective West is immediately blamed for not covering the suffering of humans in the third world. Just the thought of it provokes fear and fury in complexed minds, forever thirsting for validation while pointing fingers, yet eternally blind to the value placed on human life and human suffering by these third-rate 'leaders'. It's easy to find glorified scapegoats when you are unable and unwilling to find the root cause of the problem.

True Western democracies will hold you accountable for taking the life of an innocent animal, let alone a human being. Try campaigning for political office after a hit and run that caused the death of a 9-year old in Canada, if the people don't rip you a new one the legal system certainly will.
If you don't find this to be one of the most damning and shameless acts in Pakistan's history, I implore you to revisit your moral values. Redirect your support, take it away from these inhumane clowns, and preserve the future of your country by educating yourselves and educating the masses. Only literate and critical minds can sIft through the mockery that has been made of your institutions, and it falls upon us to design a system of education that is enlightening, far-reaching and perpetual. 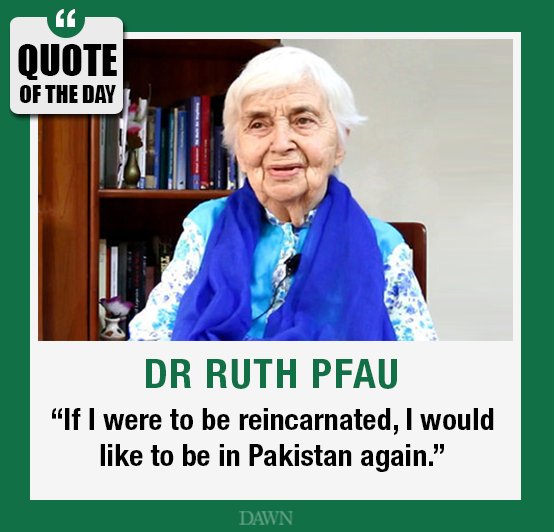 Pakistan’s Supreme Court, on July 27, forced the removal of Prime Minister Nawaz Sharif from office, based on allegations of corruption that involved him, two of his sons, and a daughter. 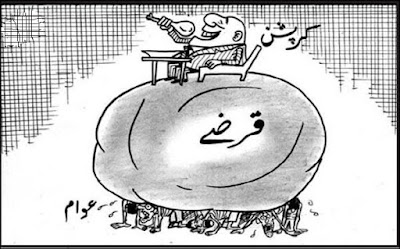 That removal is a good step, but Pakistan continues to slip into instability, and as the Taliban extends its influence, the whole region remains a matter of grave concern to the United States.
Mr. Sharif’s removal, the third time he has been ousted as prime minister, comes in the context, first, of the complex Afghanistan-India-Pakistan issue that the government of President Trump is wrestling with. Secondly, it raises again the internal Pakistani political drama carried out since independence between Pakistan’s civil and military authorities. Even though the military did not cut short Mr. Sharif’s term as prime minister this time, it is nonetheless considered that the Supreme Court moved against him for corruption with a green light from the country’s strong military, which has never trusted him.
The Pakistan military’s beef with Mr. Sharif this time and in the past is his continuing efforts to improve relations with India. The Pakistan military opposes this approach because it uses the conflict with India, over Kashmir and the religious differences between predominantly Muslim Pakistan and mainly Hindu India, to maintain its grip on the lion’s share of Pakistan’s aid and revenues.
America’s principal problem with Pakistan, under Mr. Sharif and, in general, under civil and military political direction, has been its insufficient zeal on preventing Pakistan-based Taliban and Haqqani network involvement in Afghanistan, where, since 2001, the United States has been trying to put into place a stable enough government to sustain itself in the face of Taliban and other Islamic extremist forces’ efforts against the Kabul government.
As for Pakistan, with a population of nearly 200 million, armed with nuclear weapons, it will now go through a period of some political uncertainty until elections are held in mid-2018. Mr. Sharif’s party, which holds a majority in the lower house of Pakistan’s parliament, has named a temporary prime minister, petroleum minister Shahid Khaqan Abbasi, while it prepares Mr. Sharif’s brother, Shehbaz Sharif, currently chief minister of Pakistan’s most important state, Punjab, to take his brother’s place as prime minister. In the meantime, the ousted prime minister will continue to call the shots through his political party, the Pakistan Muslim League-Nawaz, unless the Pakistan military carries out another coup d’etat.
The Pakistan political opposition, led by ex-cricket star Imran Khan, notably and openly anti-American, now in an improved position with the formal fall of Mr. Sharif, will be busily preparing for next year’s elections.
For the United States and its interests, none of the signs are good. The U.S.will be obliged to continue to try to develop a winning policy in Afghanistan in the face of widening Taliban gains, and the only possible stability in Pakistan, a hostile one. Pakistan is a mess, and there are no good options for the United States.

#Malala excited to go to Oxford 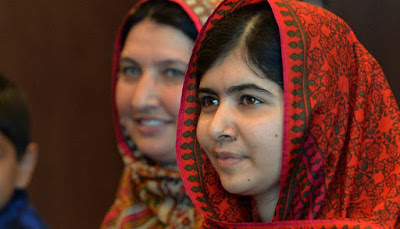 Nobel Peace laureate Malala Yousafzai will be heading to Oxford University for her undergraduate, she confirmed on Thursday.
Malala, who is an advocate for female empowerment along with UN messenger of peace, tweeted on social media about her university acceptance notification.


The university confirmed her status of admission, “Congratulations! Your place at Oxford University 033 for Philosophy, Politics and Economics L0V0 has been confirmed.”


She wrote, “So excited to go to Oxford!! Well done to all A-level students - the hardest year. Best wishes for life ahead!”
The young talented Malala will be studying subjects such as philosophy, politics and economics.
No comments: Links to this post