Video Report - #UnitedStates #FloydProtests How divisive is politics in the United States?

#JusticeForGeorgeFlyod #GeorgeFloyd #GeorgeFloydprotest US anti-racism protests: Curfews in place in more than 12 cities

Video Report - Fareed Zakaria: There are deep inequities in this country 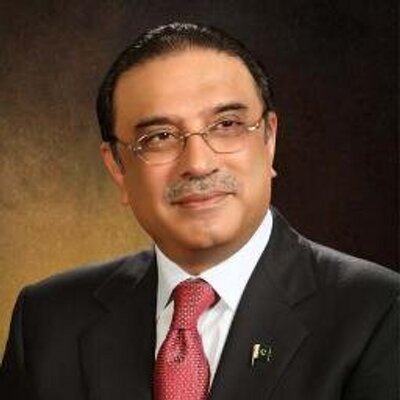 Pakistan has reported its highest numbers of COVID-19 deaths and infections in a single day since the pandemic struck the South Asian nuclear state in March, prompting health experts to call for a "strict" lockdown to contain it.
According to the Health Ministry, a record 3,039 new cases, and 88 deaths from the disease have been reported in the country over the past 24 hours.
The country has recorded 223 deaths in the past three days, and over 8,000 new infections, with health experts warning of a steep rise in the number of cases in coming days.
On Saturday, the tally of confirmed cases reached 69,224 with 1,483 deaths so far.
According to the official's statistics, the southern Sindh province tops the tally with 27,360 cases, followed by the northeastern Punjab where 25,056 people have so far been infected with the virus.
Lockdown demanded
The government has declared wearing face mask mandatory at the public places in a desperate attempt to stem the fast-expanding pandemic. In the capital Islamabad, violators will be fined and could be sent to the jail, according to official notification. The government of Sindh province -- the worst hit by the pandemic -- suggests a 14-day "effective" lockdown to slow down the pace of the rising number of cases."Only an effective lockdown throughout the country for 14 days can stem from the rising wave of coronavirus cases. But the federal government seems to be in no mood to go for that," Murtaza Wahab, a spokesman for the Sindh government told reporters, referring to the lifting of lockdown restrictions, including the resumption of train service, and flight operation.
Echoing Wahab's view, Dr. Qaisar Sajjad, the secretary-general of Pakistan Medical Association -- a nationwide body of health professionals -- said: "The lockdown at this stage can yield some results only if it is enforced across the country under a uniform policy. Otherwise, it will have no impact".
"And there should be no confusion this time," he told Anadolu Agency referring to Prime Minister Imran Khan's continuous opposition to complete lockdown. Globally, more than 6 million cases have been confirmed in 188 countries and regions since the virus emerged in China last year.
The pandemic has killed nearly 370,000 people worldwide, while over 2.58 million people have recovered so far, according to figures compiled by the Johns Hopkins University of the US.

Eight doctors of Lahore Shaikh Zayed hospital tested positive for coronavirus on Saturday, creating a grave concern among the medical staff figting against the pandemic on the frontline.
Sources in SZMCH told this correspondent that, Dr Mahboob Gillani of Services Hospital has also been diagnosed with coronavirus.
According to statistics provided by the official government website on the coronavirus situation in Pakistan, Pakistan topped its previous record number of new COVID-19 cases reported over 24 hours, 2,636, on May 28.
Pakistan had reported a record number of coronavirus deaths in a single day when 88 new fatalities took place across the country on May 30. A day before, it had set the record for the most number of COVID-19 deaths over the past 24 hours when 78 people succumbed to the virus.
The country has so far reported more than 69,400 COVID-19 cases with doctors and health experts warning that the number of coronavirus cases will continue to rise unless a strict lockdown is not imposed.
https://dailytimes.com.pk/619692/8-doctors-of-sheikh-zayed-hospital-test-positive-for-covid-19/

Many are having a hard time comprehending the coronavirus in Pakistan.

They have not seen it before; it has no distinctive symptoms; there have been very few deaths in most communities; it hasn’t yet penetrated rural areas where half the population lives. This lived experience makes it hard to relate to what they are being told by the rest of the world — that they are threatened by a lethal pandemic that calls for extreme constraints on how they live.

Mixed messages from political and social leaders have fed the doubts. From the prime minister down, many in government have underplayed the threat likening it to the flu and comparing the number of deaths to those from road accidents. The chief justice has turned denier-in-chief, ordering the immediate opening of markets for Eid shopping. Partisan in-fighting has convinced many that this is just politics as usual. Clerics, who have most sway with people, insist it is just a manifestation of divine will. The prime minister has telegraphed himself sitting with folded hands behind a leading cleric who has advocated praying for mercy rather than defying the will of the Almighty. Unable to resist, he has also ascribed the divine wrath to the sartorial immodesty of women.
These people may well turn out to be right but that would be gambler’s luck. The optimistic inference is based on past experience with the flu, a sense of security from the small number of deaths to date, and faith in God. It is not informed by an understanding of how infections spread, of reproduction rates, or of the deceptive inception of exponential growth. It does not anticipate that if indeed the growth turns out to be exponential, the curve flattens and reverses only in response to much harsher measures or after almost the entire population is infected.
As a result, Covid-deniers and conspiracy theorists are having a field day forwarding increasingly intense WhatsApp messages by the minute. Religiously oriented groups are convinced Muslims are being targeted while politically oriented ones believe the government has concocted the crisis to obtain debt relief, centralize power and crush dissent.
The people are not to be blamed for this state of affairs since Pakistan’s elite has deliberately kept its population scientifically illiterate and a number of such benighted cohorts are now in positions of leadership. In a manner of speaking, almost the entire country has been infected by the blight of ignorance and has developed herd immunity to reason. It would be a huge surprise if a representative sample were to reveal more than a few percent of the population familiar with exponential growth, the idea of an equation, or the ability to comprehend a graph. Concepts like inflexion points or ‘flattening the curve’ mean nothing to a very large majority. A gradual rise in numbers, displayed daily on countless dashboards, is just that; leaders and people alike are akin to Russell’s chickens who, quite oblivious of the approach of the feast, believe that the future will be an extrapolation of the past.

What can be done given this state of comprehension? Perhaps stories might communicate the reality better. The first analogy that comes to mind is of a forest fire that can be sparked by a solitary stray match.

What can be done given this state of comprehension? Perhaps stories might communicate the reality better. The first analogy that comes to mind is of a forest fire that can be sparked by a solitary stray match. The most effective response is to stamp the fire out before it spreads. But if it does, either because of negligence or strong winds, other stricter measures are needed. One of them is to cordon off the forest so that the damage is contained and the fire does not jump to neighbouring communities. The other is to identify and neutralize any particularly vulnerable patches within the forest. A fire typically spreads slowly through mature and healthy trees but whenever it crosses areas with decaying logs, scrub, or tinder, it consumes them in a flash and gains strength before slowing down again.
Countries like Italy and the USA have a relatively high proportion of old people with comorbidities, many concentrated in nursing homes run indifferently by for-profit corporations. The USA also has severely disadvantaged ethnic groups lacking access to care. Hidden away in a much-lauded city like Singapore are migrant workers tightly packed away in dormitories. Huge spikes in sudden mortalities have come from such tinderbox locations.
The Pakistani forest is different. It is all brown with no blacks and whites except that some are less brown than others. The population is much younger and there is no tradition of outsourcing the care of the old and vulnerable to specialized institutions. As a result, there have been no dramatic spikes in the daily count of deaths attributed to the virus which has encouraged a sense of complacency. However, the number of trees being consumed continues to grow by the day. And now that the protective cordon has been dismantled, the danger of the fire jumping to other communities has increased.
The second story is of the man-eating tiger that South Asians have encountered in their lore. The relentless encroachment on the tiger’s natural habitat has pushed it closer and closer to populated areas and there have been many cases of its straying into communities. When that happens, the prudent first response is to retreat into houses and to lock the doors. The tiger generally has a nose for avoiding difficult targets but as soon as it senses a weak one, it pounces. These weak elements of the population are the homeless, the malnutritioned, the handicapped who cannot run fast enough, and those who have no option but to venture out to find food to eat or visit a field to relieve themselves. The tiger does not spare the easy targets.
While retreating into houses and bolting the doors is a sensible first response, people know well that it is not a solution to the problem because a lockdown cannot be sustained indefinitely. People will run out of essentials just as used to happen in old times when those besieged behind city walls finally had to surrender. The real solution is to neutralize the tiger. Only when the predator is removed from the human community can normal life be resumed.
One can’t begin to communicate these analogies in the midst of a pandemic but incorporating them in books for the young can yield mental models that might help when the next epidemic comes around as it inevitably will given the continued encroachment on the natural habitats of wild animals. Telling such stories might even generate respect for natural habitats and the appreciation for a renewed relationship with nature.
Needless to say, such stories are not a substitute for the cultivation of a scientific attitude, numeric literacy, an ability to reason that enables people to understand why and how infections spread and what factors contribute to their decay or exponential growth. But the stories can serve as intermediate steps to rational elaborations. The process of education is facilitated by a move from simple and familiar models to elaborate and more complex ones. It is indeed ironic that the first popular illustration of exponential growth, the story of the king and the chess player who wished his reward to be one grain of rice placed on the first square of the chessboard and doubled on each subsequent one, is said to have originated in South Asia.
https://www.thenews.com.pk/tns/detail/664989-infectious-stories
No comments: