By Zarar Khan
Pakistani journalists held nationwide protests Tuesday to denounce rampant censorship by the country’s powerful security services, massive layoffs due to budget cuts and months-long delays in payments of their wages. The rallies, dubbed Day of Protests, were spearheaded by the Pakistan Federal Union of Journalists, which said that journalists, who face the roughest phase in the country’s history, have decided to “fight the unprecedented censorship.”
Tuesday was only the “beginning of a protest movement,” said Afzal Butt, union president.
Journalists and press freedom advocates say that the Pakistani military is pressuring media outlets to quash critical coverage while the newly elected government is slashing its advertising budget, squeezing a key source of revenue for private newspapers and TV stations.In the last few months, hundreds of journalists have been laid off as media houses came under financial constraints after government advertising was drastically reduced.At the rallies Tuesday, journalist wore black bands and held banners demanding an end to censorship, economic woes for those working in the media and abuse of media laws to curb free expression.Authorities control “even minute details of the media content these days, and dictate who will be the face of print and electronic media,” Butt said.
There was no immediate comment from the government.
Zafar Abbas, editor of the leading Dawn daily which has faced increasing pressures, said Pakistani journalists have seen severe restrictions in the past, including shutting down of newspapers, imprisonment of journalists and direct censorship.
“But what we are witnessing today in the form of pressures from the state institutions ... news blackouts and self-censorship, is far worse,” Abbas said.Abbas, it was announced Tuesday, will receive the prestigious Committee to Protect Journalism’s 2019 Gwen Ifill Press Freedom Award “recognizing extraordinary and sustained achievement in the cause of press freedom.”“Zaffar Abbas is the embodiment of journalistic courage, which is why the board is so pleased to honor him with the Gwen Ifill Press Freedom Award,” said Kathleen Carroll, chair of the CPJ board. “Every day he fights to deliver facts to Dawn’s readers in the face of pressure, obstacles, and blockades from the institutions in Pakistan that would much prefer to go about their business without scrutiny from the press or the public.”
Cyril Almeida, a prominent journalist associated with Dawn, was charged with treason after he published an interview with Nawaz Sharif in which the former prime minister accused the Pakistani military of aiding the militants who carried out the 2008 Mumbai attacks.
Ashraf Khan, president of the union of journalists in the port city of Karachi, said authorities are using the country’s cybercrime law as a tool to crack down on social media freedoms.
Authorities are also asking social media platforms such as Twitter and Facebook to suspend accounts and take down pages for a variety of reasons, Khan said.Abbas maintains these are among the worst of times for the media in the country.“Unless journalists and owners of media outlets unite for a joint struggle, all the gains that were made during the last few decades will be lost,” he said.
https://www.washingtonpost.com/world/asia_pacific/pakistani-journalists-stage-protests-to-denounce-censorship/2019/07/16/b066d250-a7a1-11e9-8733-48c87235f396_story.html?noredirect=on&utm_term=.675c2626e61f
No comments: Links to this post

The third quarterly report of the SBP takes note of the persistence of vulnerabilities in the economy.  It recognizes the slowdown in economic growth in response to policy measures taken to curb the twin deficits. The report concedes that the measures impeded manufacturing activity while the higher cost of major inputs plus other factors took a toll on crop production. It also takes note of the slowing down in the tax revenue and of the inflation stubbornly keeping an upward trajectory. A number of economists challenge some of the IMF prescriptions as counterproductive like the big rise in bank rate, which they maintain has choked the private sector without bringing down inflation. The Prime Minister has made his bed and will have to lie in it for the next 39 months.
The SBP report also underlines several other vulnerabilities that urgently need the government’s attention, food insecurity being one. While all the provinces face the problem to varying degrees, Balochistan is the worst hit. Almost half of the province’s households face mild to severe food insecurity while at least 30 percent households experience hunger on a chronic basis. Alarmingly, of the 36.9percent food insecure households in the country, 18.3 percent face severe food insecurity. According to the SBP, almost a quarter of Pakistan’s population lives below the poverty line. Malnutrition in the case of such a large section of population carries costs for the economy. Stunting, anaemia or iodine deficiencies in childhood, lead to low labour productivity and make the country unattractive to prospective investors.
The country suffers from water stress, we are told, and urgently needs water-efficient agricultural technology and water conservation schemes. Further, in case the population continues to increase at the existing pace, it will become extremely challenging for Pakistan to sustain food self-sufficiency or ensure adequate water supplies. Resolving these issues does not need IMF permission.
The government remains focused on a single-item agenda, that of maligning major opposition leaders and sending them to jail. It continues to blame the opposition for all the problems in the country. Unless it focuses on the real issues that people face, it will hurt its own standing while the country suffers a lot.
https://www.pakistantoday.com.pk/2019/07/16/in-financial-matters-pti-proposes-imf-disposes/
No comments: Links to this post

#Pakistan: Ongoing harassment against Ms. Gulalai Ismail and her relatives

The Observatory has been informed by reliable sources about the ongoing judicial harassment against Ms. Gulalai Ismail and about threats and harassment against her relatives. Ms. Ismail, an ethnic Pashtun and woman rights defender, is the founder of the Seeds of Peace network and co-founder and Chairperson of the Aware Girls NGO, an organisation aiming at strengthening the leadership of young people, especially women and girls, enabling them to act as agents of change for women empowerment and peace building. Ms. Ismail has led a campaign against extrajudicial killings in Pakistan and was awarded the 2017 Anna Politkovskaya Award by ’the organization Reach all Women in War (RAW).
According to the information received, Ms. Gulalai Ismail was forced into hiding after facing charges of “defamation” (Section 500 of the Penal Code), “sedition” (Section 124-A of the Penal Code), “promoting enmity between different groups” (Section 153-A of the Penal Code) and other charges under Section 6/7 of Pakistan’s Anti-Terrorism Act. The charges stemmed from a speech she gave at a rally in Islamabad, in which she called for justice in the case of a 10-year-old girl who was raped and murdered in May 2019 and denounced the authorities’ inaction to bring the perpetrator(s) to justice [1].
Moreover, Ms. Ismail’s relatives have faced repeated acts of harassment and intimidation by security forces since two First Information Reports (FIRs) were filed against her by the police in Islamabad on May 22 and 23, 2019. For instance, on May 24 at dawn, the police raided her family home in Islamabad and threatened her family members. The family’s residence was again raided on May 27 and June 4. Again, on July 4, 2019, a large group of men in civilian clothes raided Ms. Ismail’s house in Islamabad three times and threatened to harm Ms. Ismail’s younger sister if the former did not cease her work as an activist. Security forces also took away the family’s driver, interrogated him, and subjected him to physical acts of ill-treatment. According to the information received, toxins were allegedly injected into his body, he was punched in the head, and he was beaten with a pistol. Furthermore, he was threatened with his children being killed. The driver was released eight hours later.
Moreover, on July 12, 2019, a FIR was lodged against Ms. Ismail and her parents by the Counter-Terrorism Department in Peshawar, accusing them of having received “financial support from terrorist organizations”.
The Observatory condemns the ongoing harassment against Ms. Gulalai Ismail and her relatives, and calls upon the Pakistani authorities to put an immediate end to these acts of harassment, which seem to be aimed to punish Ms. Ismail for her human rights work.
The Observatory recalls that this is not the first time that Ms. Ismail faces judicial harassment because of her human rights activities. Since October 2018, she has been placed on Pakistan’s Exit Control List and prevented from leaving the country. Moreover, on February 5, 2019, Ms. Ismail and other Pashtun Tahaffuz Movement (PTM) [2] members were arrested outside the National Press Club in Islamabad while they were taking part in a protest to denounce thekillingof Mr. Ibrahim Arman Loni, a teacher and PTMcore committee member in Baluchistan Province. Ms. Ismail was first taken to G9 Women’s Police Station in Islamabad before being moved to an unknown location, until her release on February 6, 2019 [3].
Actions requested:
Please write to the authorities in Pakistan, urging them to:
i. Guarantee, in all circumstances, the physical integrity and psychological well-being of Ms. Gulalai Ismail, her relatives, and all human rights defenders in Pakistan;
ii. Put an end to all acts of harassment - including at the judicial level and restrictions on the freedom of movement - against Ms. Gulalai Ismail, her relatives and all human rights defenders in Pakistan, and ensure that they are able to carry out their legitimate activities without any hindrance and fear of reprisals in all circumstances;
iii. Carry out an immediate, thorough, impartial, and transparent investigation into the above-mentioned events, in order to identify all those responsible, bring them before an independent tribunal, and sanction them as provided by the law;
iv. Conform to the provisions of the UN Declaration on Human Rights Defenders, adopted by the General Assembly of the United Nations on December 9, 1998, in particular with Articles 1 and 12.2;
v. Ensure in all circumstances respect for human rights and fundamental freedoms in accordance with international human rights standards and international instruments ratified by Pakistan.
Addresses:
Mr. Arif Alvi, President of Pakistan; Fax: +92 51 920 8479; Email: secretary@president.gov.pkMr. Imran Khan, Prime Minister of Pakistan, Minister in Charge for Interior and Narcotics Control; Fax: +92 51 922 04 04; Email: info@pmo.gov.pkMr. Shehryar Khan Afridi, Minister of State for Interior, Fax: +92 51 920 2624, Email: interior.complaintcell@gmail.comAmbassador Farukh Amil, Permanent Representative to the United Nations in Geneva, Switzerland; Fax:022 734 80 85; Email: mission.pakistan@ties.itu.int
Please also write to the diplomatic mission or embassy of Pakistan located in your country.
***Geneva-Paris, July 16, 2019
Kindly inform us of any action undertaken quoting the code of this appeal in your reply.
The Observatory for the Protection of Human Rights Defenders (the Observatory) was created in 1997 by the World Organisation Against Torture (OMCT) and FIDH. The objective of this programme is to prevent or remedy situations of repression against human rights defenders. OMCT and FIDH are both members of ProtectDefenders.eu, the European Union Human Rights Defenders Mechanism implemented by international civil society.
To contact the Observatory, call the emergency line:• E-mail: Appeals@fidh-omct.org• Tel and fax OMCT + 41 22 809 49 39 / + 41 22 809 49 29• Tel and fax FIDH: + 33 (0) 1 43 55 25 18 / +33 1 43 55 18 80
[1] On May 15, 2019, 10-year old girl Farishta went missing near her home in Islamabad. Her parents reported her disappearance the same day, but it took four days for the police to register a FIR on the disappearance, and a proper search was not launched. Her body was finally found in a forest on May 21, 2019, leading to public outcry.[2] PTM is an alliance that calls for the de-mining of the former tribal areas, greater freedom of movement in these areas, an end to extrajudicial killings, enforced disappearances and arbitrary detentions, and for the accountability of perpetrators of such acts within a truth and reconciliation framework.[3] See Observatory Urgent Appeal PAK 001 / 0219 / OBS 015, published on February 14, 2019.
https://www.fidh.org/en/issues/human-rights-defenders/akistan-ongoing-harassment-against-ms-gulalai-ismail-and-her 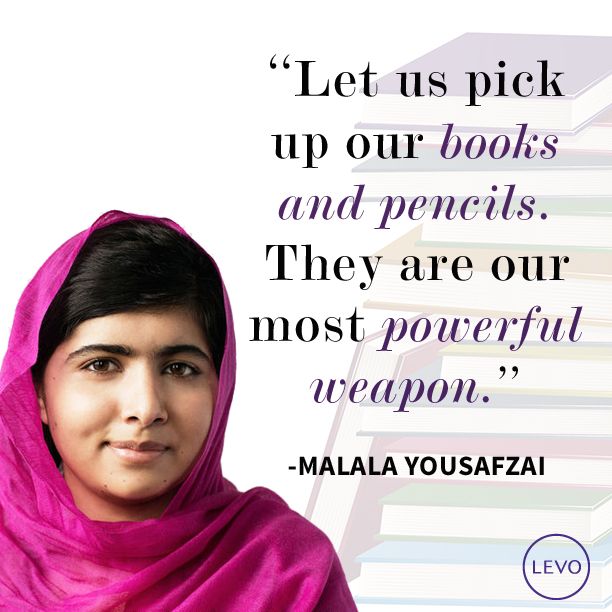