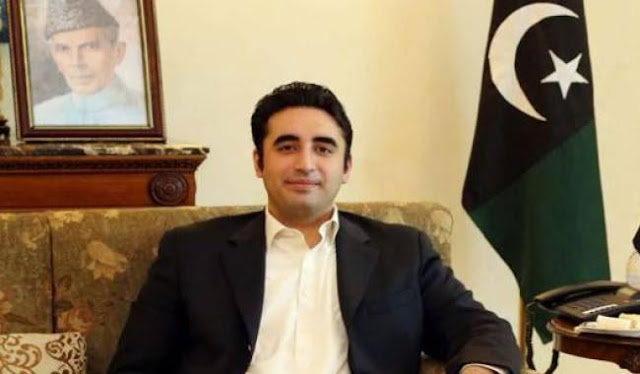 The Pakistan Peoples Party (PPP) on Friday finalised its new provincial office-bearers for the top slots of the party’s women, minority, youth and legal wings.
PPP Chairperson Bilawal Bhutto Zardari announced the names of the people appointed to the posts of president, secretary general and secretary information.
As per a press release issued from Bilawal House, Shagufta Jumani, Dr Mehreen Razzaq Bhutto and Sadia Javed were appointed as president, secretary general and secretary information, respectively, for the PPP Women's Wing. Shagufta Jumani and Mehreen Bhutto are members of national assembly, while the former has also served as State Minister of Religious Affairs. Sadia Javed has served as secretary information for the PPP Women’s Wing, Karachi division. For its minority wing, the party chose Dr Lal Chand Ukrani, an MPA, for the position of president.
Poonjo Mal Bheel, a former Muttahida Qaumi Movement lawmaker who joined the PPP in April 2016, was made the provincial secretary general. He was elected to the provincial assembly on a reserved seat for minorities.
Anthony Naveed, a prominent Karachi-based Christian rights activist, has been made secretary information. He served as the chief minister’s special assistant on inter-faith harmony for several months last year. For the Peoples Youth Organisation, the party chose one of its former student leaders, Javed Nayab Laghari, as the president. Laghari has served as a member of the Peoples Student Federation Sindh’s coordination committee. Mehmood Junejo and Shafqat Hussain Mirani have been nominated as the secretary general and secretary information respectively of the party’s youth front.
For the Peoples Lawyers Forum, serving Additional Advocate General Sindh Allah Bachayo Soomro has been nominated as the provincial president. He has also served as PLF’s Hyderabad president.
Arshad Hussain Naqvi, a Karachi-based party leader, and Muhammad Khan Buriro, a public prosecutor who came into the limelight as Sarfraz Shah's – boy gunned down by Rangers personnel in Karachi in 2011 - lawyer, have been appointed as secretary general and secretary information respectively. The party will soon announce names of the remaining office-bearers of the organisations after consulting with the newly announced leadership soon, party sources stated.
Bilawal had dissolved the party’s as well as its various fronts’ previous organisational structure in the four provinces on April 13, last year.
No comments: 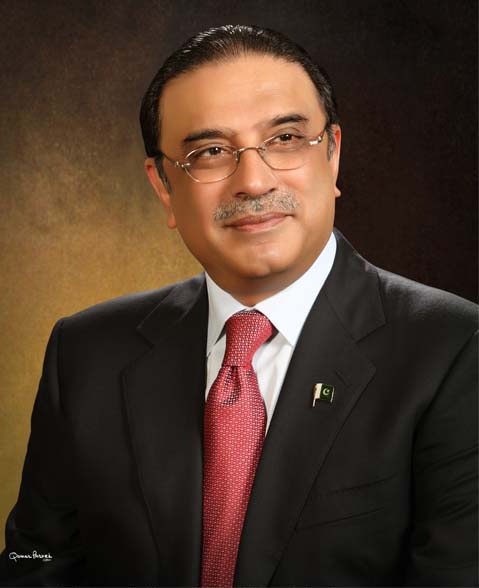 Asif Ali Zardari, co-chairperson of Pakistan Peoples Party (PPP) on Saturday reiterated the party hierarchy naming his daughter Asefa Bhutto Zardari as the future leader vis-a-vis Bilawal Bhutto Zardari, who has already been made chairman of the party.
Addressing the party workers and office bearers in Moro town in Sindh province, Asif Ali Zardari said that “Bilawal and Asefa are the leaders of the future.”

Underlining the influence of Asefa on party policies, Zardari said that he and the party had to think over again whether to induct someone in the party if Asefa disapproved the decision through her twitter handle.
He was referring to a dilemma the party had to face recently, when Asefa strongly opposed inclusion of Irfanullah Khan Marwat, a local politician, into the PPP on the basis of his past indictment as a rapist.
Zardari, who is straightening his party’s rank and file ahead of next general elections in the country, lashed out at Prime Minister Nawaz Sharif for his political shortsightedness and the subsequent treatment of the political rivals.
Recalling his term as president of Pakistan, Zardari said that he opted to delegate the presidential constitutional powers to the parliament of the country in view of his farsightedness.
The former president also took the credit of being the initiator of China Pakistan Economic Corridor (CPEC) claiming Zulfiqar Ali Bhutto, the founder of PPP and former prime minister, founded the base of Pak-China friendship and as a president he (Zardari) boosted that friendship through CPEC.
“Only one person has objection to this project and he is the friend of Nawaz Sharif,” Zardari tauntingly said without naming Indian Prime Minister Narendera Modi, who is locally believed to be at good personal terms with Sharif.
Touching upon the Kashmir issue, Zardari said it was the PPP which presented the first resolution in the United Nations for a plebiscite. He further said that India usurped the parts of Nepal and captured Nagaland and other adjoining states but the world never paid any heed to that issue.
He also criticised the party defectors who have joined Pakistan Tehreek-e-Insaf (PTI) of Imran Khan.
The co-chairperson of PPP called upon his party workers to ignore those ‘rotten eggs’ who were being appeased by the ‘captain’ [Imran Khan] with mere glamorous photo shoots but they would not be given the tickets for contesting elections.
No comments: 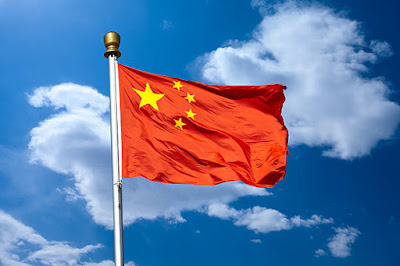 Saturday marks the 20th anniversary of Hong Kong's return to China. British Foreign Secretary Boris Johnson, the US Department of State, US lawmakers as well as some Western media outlets have made indiscreet remarks about Hong Kong's democracy in order to create some noise ahead of the celebrations of the anniversary.  Johnson said Thursday that the rule of law, an independent judiciary, and a free media have all been central to Hong Kong's success. Foreign ministry spokesperson Lu Kang refuted these remarks on Friday, saying that Britain has no sovereignty over, no governance of, and no superintendence over Hong Kong since it returned to China in 1997. Lu's comments are plain truth. Britain should not stir up debate about the Sino-British Joint Declaration. The Basic Law of the Hong Kong Special Administrative Region (HKSAR) is in line with the gist of the Joint Declaration. But today what governs Hong Kong affairs is the Basic Law instead of the Sino-British Joint Declaration. If there is a need to interpret the Declaration, it requires both China and Britain to interpret it together. That would be a big diplomatic task. We don't think Beijing is obliged to play with London that way. The fact that Britain unilaterally made irresponsible remarks, citing the Joint Declaration which was signed in 1984, regarding Hong Kong affairs today has seriously damaged the tenet of the Declaration. London should immediately stop doing that.    We believe that the British government might know well that London has been incapable of exerting any influence on Hong Kong affairs. The hard reality is that all that the Western world can do today is to stir up public opinion about Hong Kong affairs. Generally speaking, very few Western governments have made noises to interfere with Hong Kong affairs in recent days. Reports in some Western media outlets are mostly written and run for the occasion. These reports on the "special topic" is hardly eye-catching in Western press, but are more like sloppy work done to report to higher authorities and fulfill one's duty.  "One country, two systems" is an original idea created by China for the return of Hong Kong. Whether it fits or not, only the Chinese citizens including Hong Kong people can tell. It is not created to satisfy the Westerners. Hong Kong is a politically diverse society and there must be some opposition forces, among which there must be a few extremists. Essentially, those few extremists are trivial to Hong Kong's institutions. But some Western forces are supporting those few extremists, fictitiously inflating their influence and thus complicating the matter.              The Hong Kong society should develop an ability to identify the situation in which the West is trying to exert influence on Hong Kong and remain undeceived by a few remarks by British and US officials as well as a few articles published in Western media outlets.   The Hong Kong people also need to think that to what extent the West really cares about the wellbeing of the Hong Kong society when they interfere with the region's political affairs.The West has no need to be responsible for Hong Kong's interests. But the central government is different, as Beijing sees it as a responsibility of its own to help sustain Hong Kong's prosperity and stability. If Hong Kong is doing well, the whole country will be happy; if Hong Kong goes the wrong way, the whole country will be hurt. Britain and the US as well as the whole Western world can lend a hand in promoting employment and economic prosperity in Hong Kong, but will they really do that? They are only slick talkers.Some Western people are not nice in the sense that they always want to provoke Hong Kong residents who are not familiar with the whole picture, especially young people. They will turn away after they succeed. They will not invest in Hong Kong's social welfare. They are only inciting people to disturb Hong Kong, as the more China feels troubled, the happier they are.So Hong Kong residents should not allow themselves to be cheated by the words of the Western world, thinking that these words are for their good and will be followed by actions. China is already powerful and the return of Hong Kong is irreversible. Those Western people are just making irresponsible and sarcastic remarks, which do not deserve serious treatment.The "one country, two systems" policy has been implemented for 20 years and is already a very stable political arrangement. All different understandings of the policy should be subjected to the central government's explanation, which is a right conferred on the central government by the Basic Law. Foreign forces and Hong Kong radicals claim that "two systems" have been destroyed while some mainland and Hong Kong residents feel that it is "one country" that is being challenged. To resolve the difference, only the central government can have the final word, leaving no room for the West to interfere. July 1 is a joyful day for the Chinese people and we should not let a few noises spoil our good mood.
No comments:

'Hong Kong has always been in my heart,' says Xi Jinping

A summary of President Xi's visit to #HongKong SAR