What is Pakistan doing to combat terror financing? Not much

Ramazan is a time of goodwill and giving — a prosperous season for charities, social initiatives and not-for-profit organisations to raise funds. These funds are then used to bankroll operations around the year. But a chunk of the money collected in the holy month ends up, directly or indirectly, in the hands of banned extremist and terrorist outfits.
No properly investigated or researched estimate of the militant economy exists in Pakistan. Yet, there is strong evidence to suggest that the funds collected by radicals, through public donations, significantly contribute to their resources.
So, then what is the government doing to plug terror financing? For now, it is convinced that rolling out a few advertisements on state television would be enough to sensitise the masses on the issue. It is not. And our lack of seriousness could be brought up this month in Spain as the Financial Action Task Force (FATF), an international watchdog of terror financing, meets to update its assessment of high-risk and non-cooperative jurisdictions.

Pakistan could be in trouble

The challenge of terror financing has three aspects. First, Pakistan is under international compulsion to eliminate cash that makes its way into the coffers of terrorists. Second, despite Pakistan’s war on terror, banned organisations still have access to mechanisms to collect funds inside and outside the country. Third, the state has failed to introduce an effective policy to regulate charity and welfare development sectors.
As far as international commitments are concerned, the government has, in the past, taken a few measures to fulfil its obligations. But a recent Associated Press report points out that the FATF expects more. By some accounts, Pakistan’s actions against the Lashkar-e-Taiba and Jamaatud Dawa (JuD), earlier this year, were prompted by an impending report by the Asia-Pacific Group (APG) on money laundering. The report will be submitted to the FATF, and has apparently raised some objections regarding the financial traffic of JuD.
Also, last year the State Bank of Pakistan instructed all banks in the country to freeze the accounts of 2,021 individuals listed in the Fourth Schedule of the Anti-Terrorism Act, 1997. The bank has also issued new guidelines that aim to prevent the use of the banking sector for money laundering, terror financing and illegal transfer of funds. Moreover, President Mamnoon Hussain has issued an ordinance empowering the Securities and Exchange Commission of Pakistan (SECP) to take adequate measures against fraud, money laundering, and terror financing.
According to media reports, the government is also trying to introduce a law that would require a citizen to disclosure his/her money trail.
These are important steps, but not enough to choke off the flow. The real challenge lies elsewhere – terrorists moving money through informal channels. Few militants use banks to conduct their nefarious missions.
The landscape of Islamic charities in Pakistan is quite diverse, ranging from local-level welfare organisations to national — and regional — level relief groups. People find it easier to donate by hand on a first come, first serve basis.
Then there are the donations that flow in from Pakistanis living in the Middle East, which go directly to religious charities. But the money coming from expats in Western countries is earmarked either for non-religious charities or for handing out at religious shrines. Representatives of banned organisations are also known to travel to the Gulf states during this month to collect donations themselves.
Till now, the government’s focus has largely remained on Western non-governmental development organisations. It has been working around the clock to bring them under a strict monitoring framework. In the meantime, funds from Gulf countries are still flowing to religious and militant groups. The government has even failed to chalk up a list and to identify and publicise charity networks in Pakistan that are clean. The ultimate beneficiaries of this lack of vision are the terrorists.

Pakistani - Christian man in Lahore arrested over allegations of blasphemy 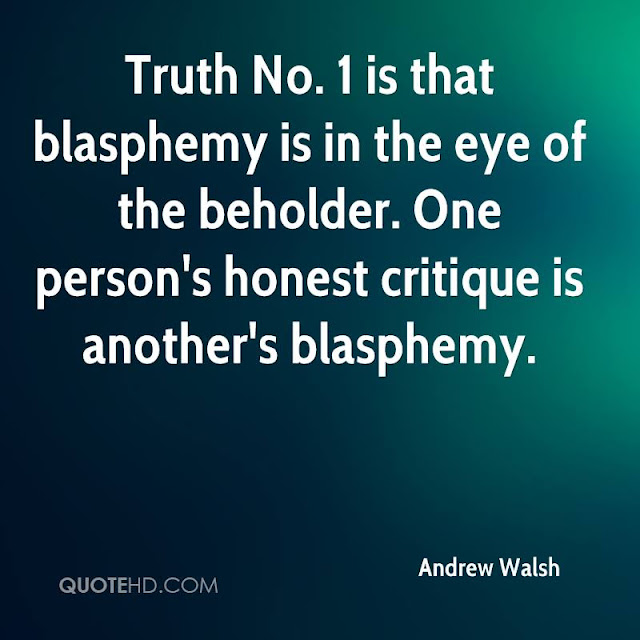 A Christian bicycle mechanic in Lahore was arrested on June 15 over allegations of blasphemy after he became involved in a dispute regarding payment for services rendered to a customer, police said Thursday.
Human rights activist Napoleon Qayyum told Dawn that Ashfaq Masih ─ a resident of Mariam Colony in Green Town, Lahore ─ was working at a repair shop in the Bagarhian suburb of the city when Muhammad Ishfaq, a resident of the same area, had his bicycle repaired by him. The two became embroiled in a heated argument when Masih demanded Rs35-40 for his services and Ishfaq requested that Masih reduce the price as he is a poor man, Qayyum said.
The disagreement escalated when Masih refused to lower the fee, reminding the bicycle owner that he was a poor man himself and needed the money as well, according to the rights activist.
After a crowd gathered to witness the incident, unidentified individuals levelled accusations of blasphemy against Masih, prompting further escalation of the already-tense situation, Qayyum claimed. Police, who were called to the scene, arrived and arrested Masih, shifting him to the Green Town police station.
Station House Officer (SHO) of Green Town police station Wasim Akhtar confirmed to Dawn that a blasphemy case had been registered against Masih on June 15 after his arrest.
The Pak Center for Law and Justice is investigating the case.

Has China taken over Pakistan? 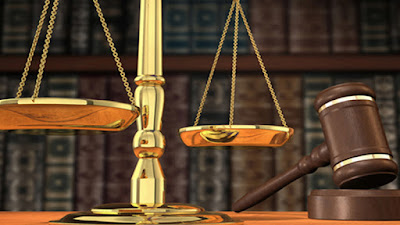 Yet again have we witnessed a Pakistani court of law transformed into a virtual wrestling ring by none other than members of the legal fraternity themselves. This latest display of thuggery took place during the hearing of a habeas corpus petition involving a woman reportedly missing for six months. Members of the legal team of petitioner’s counsel Asma Jahangir, former president of the Supreme Court Bar Association and a renowned rights activist, were reportedly manhandled by lawyers associated with a prominent Lahore-based lawyer accused of having orchestrated the abduction of the missing woman.
In 2007, Pakistan bore witness to a remarkable lawyers’ movement for supremacy of the Constitution and rule of law. Back then, mainstream political parties and civil society rightly joined the lawyers’ cause.
However, ever since the success of the movement in securing the restoration of the then chief justice to his office, there has been no dearth of incidents involving the use of highhanded tactics by lawyers who seem to be answerable to no authority. This trend of complete disregard for the law has included incidents whereby judges have been prevented from discharging their duties.
This should be a cause for concern for the bar councils regulating the profession across the country. It is of utmost importance that a code of conduct is developed by these bodies in consultation with bar associations and those found violating the code are stripped of their licences to practice law. This code should apply equally to those occupying offices in bar councils.
Tuesday’s incident has also highlights the unfinished task of making public spaces safe for women. During the courtroom incident, associates of the lawyer accused of abducting the missing woman hurled sexist abuse at a woman lawyer from Ms Jahangir’s legal team. Use of such terms is a tried-and-tested practice in patriarchal social and professional contexts of ‘shaming’ women into silence. Pakistan’s women have come a long way in their struggle for access to the public space, an end to gender-based discrimination and the provision of fundamental rights. That we have laws against workplace harassment and domestic violence is singularly a result of their activism — as part of the broader activism towards the strengthening of democracy. If disdainful patriarchy still comes in the way of women professionals — it is a sign that work is still needed to ensure better implementation of pro-women laws and the expansion of the scope of these laws to ensure the provision of safe and secure work environments.
This is all the more important when it comes to the courts, considering that these are the only fora where citizens in distress can expect to seek remedy due to them under their social contract with the state. Our courts cannot claim to discharge this constitutional duties diligently if women citizens — whether as litigants or as lawyers — are made to feel unsafe and uncomfortable within their premises.
No comments:

Pakistani authorities need to ensure a prompt, impartial, and effective investigation into a barrage of assaults and threats against lawyers in the premises of the Lahore High Court, the International Commission of Jurists (ICJ), Human Rights Watch, and Amnesty International said today. The Government needs to defend the rule of law and prosecute those responsible for any criminal conduct. On June 20, 2017, during proceedings of a case involving the alleged abduction and subsequent “disappearance” of a 26-year old woman and her two-year old son, supporters of the accused, a prominent lawyer, physically assaulted the complainant’s counsel, Shabbir Hussain and Usama Malik, and made abusive remarks and threats against another member of the complainant’s legal team, Noor Ejaz Chaudhry. The attackers were mostly lawyers and members of the local bar association.
The attackers also made abusive and threatening remarks against Asma Jahangir, a notable human rights lawyer, Honorary Commissioner of the ICJ, and former President of the Supreme Court Bar Association. Asma Jahangir was not present in the court but was represented by her legal team comprising of Shabbir Hussain, Usama Malik, Mian Liaquat Ali, and Noor Ejaz Chaudhry.
“The legal profession is one of the pillars of the administration of justice. It is deeply worrying that instead of discharging their responsibility to uphold the rule of law, certain lawyers would resort to threats and violence in a clear attempt to obstruct justice,” said Ian Seiderman, ICJ’s Legal and Policy Director.
Under international standards, including the UN Basic Principles on the Role of Lawyers, Pakistan has an obligation to ensure that lawyers are able to perform all of their professional functions without intimidation, hindrance, harassment, or improper interference. Where lawyers are threatened as a result of discharging their functions, authorities must ensure they are adequately safeguarded.
“Lawyers must be able to go to court without fearing violent assaults and abuse,” Brad Adams, Asia director at Human Rights Watch said. “That such assaults take place with increasing frequency in Pakistan and without accountability represents a serious failure of the Pakistani authorities to ensure rule of law.”
It is the responsibility of the bar councils and associations to ensure that allegations of professional misconduct against their members are promptly, independently, and impartially investigated, and if lawyers are found in breach of their codes of conduct after a fair hearing, disciplinary action is taken against them. Any disciplinary action must be subject to an independent judicial review.
“Threatening and assaulting opposing counsel is not just against the law, but also in breach of lawyers’ professional code of ethics,” said David Griffiths, Amnesty International’s Senior Adviser on South Asia. “The respective Bar Councils must take notice of the allegations, and use this condemnable incident as an opportunity to tackle the culture of impunity which impacts even the legal profession in Pakistan.”
Background In May 2017, Bilquis Zareena filed a habeas corpus petition in the Lahore High Court for the recovery of her daughter, Ayesha, and grandson, Alyan Ali, who have allegedly been missing since November 2016.
According to Bilquis Zareena, her daughter had secretly been married to Maqsood Buttar, a prominent lawyer and member of the Pakistan Bar Council, the highest regulatory body for lawyers in the country. Bilquis Zareena claims her daughter and grandson’s lives could be in danger as Maqsood Buttar had previously threatened and even attempted to kill Ayesha.
The next hearing in the case is on Friday, June 23, 2017.
No comments: