Is there another coup in the making in Pakistan? 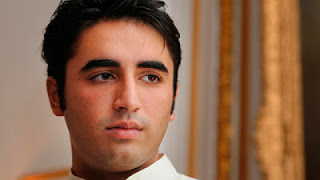 Pakistan People’s Party (PPP) Chairman Bilawal Bhutto-Zardari has announced nationwide anti-government protests to “restore ‘real’ democracy in the country”.
“Our demand is to restore democracy (in the country),” media quoted the PPP chief as saying at a public rally on Friday night. “We don’t accept this artificial democracy. The democratic and socio-economic rights of the masses shall be restored and for that (Prime Minister) Imran Khan has to resign.”
He said that the incumbent government had lost its credibility in the masses as it did not fulfil any of its promises, adding that all opposition parties in Pakistan have decided Khan must step down.
“Our anti-government movement has started from Karachi,” he said, as he announced his plan for further protests across the country.
He said the PPP will protest in Thar on 23 October, demonstrate in Kashmore on 26 October whereas rallies in Punjab will begin from 1 November.
“We will tour the entire country and when we return from Kashmir, you (Khan) will have to go. We will expose your incompetence in every nook and corner of the country. “Imran Khan neither has the capability nor seriousness to govern a country of 200 million people.
“Parliament has been side-lined and politicians have taken to the streets,” he added. IANS
https://www.sundayguardianlive.com/world/bilawal-bhutto-launch-anti-government-protests
No comments: Links to this post

Pakistan denies entry to CPJ's Steven Butler, forces him to return to US

Last night, Pakistani immigration authorities denied entry to CPJ Asia Program Coordinator Steven Butler, citing a blacklist managed by the Ministry of Interior.
A border officer at Allama Iqbal International Airport, in Lahore, told Butler that his journalist visa was valid, but it was voided because his name was “on a stop list of the Interior Ministry,” Butler said.
Airport authorities in Lahore confiscated Butler’s passport and forced him onto a flight to Doha, Qatar. When he arrived in Doha, authorities there placed him on a flight to Washington, D.C. Butler, who communicated with CPJ while on the flight, said he was in “a kind of restricted custody” and said that the flight crew was in possession of his passport and boarding pass.
"Pakistani authorities’ move to block Steven Butler from entering the country is baffling and is a slap in the face to those concerned about press freedom in the country,” said Joel Simon, CPJ’s executive director. "Pakistani authorities should give a full explanation of their decision to bar Butler from entering and correct this error. If the government is interested in demonstrating its commitment to a free press, it should conduct a swift and transparent investigation into this case.”
Butler was traveling to the country to participate in the Asma Jahangir Conference-Roadmap for Human Rights in Pakistan.
https://cpj.org/2019/10/pakistan-denies-entry-cpj-steven-butler.php
No comments: Links to this post