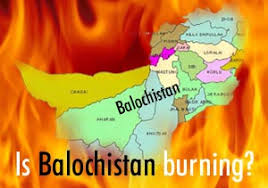 Prime Minister Yousaf Raza Gilani has once again come up with yet another rhetorical statement on Balochistan. He was in Quetta for a briefing on the security situation by the interior minister, provincial finance minister, Balochistan chief secretary and interior secretary. Mr Gilani said that his government is ready for a political dialogue with the estranged leaders of Balochistan in the larger national interest. On paper, this sounds good but realistically speaking, he was only saying what he thought the people of Balochistan wanted to hear. There is no sign whatsoever that his government has even tried to make any contact with the estranged Baloch leadership. And even if the government had tried to initiate a dialogue, was there any guarantee that the Baloch would have wanted to come to the negotiating table under the current circumstances? Every single day Baloch people are being picked up, taken to unknown places, tortured and then killed. The Baloch blame the Frontier Corps (FC) and intelligence agencies for such atrocities. If the government is actually serious about bringing peace to the province, then the first step is to stop the military action in Balochistan. The prime minister said that the army has been removed from Kohlu and Sui and replaced by the FC. But it is precisely the FC that is accused of running a parallel government in Balochistan and is the most hated force there. The day the FC is removed will be the day that some sort of normalcy will start returning to the province. Chief Minister Balochistan Nawab Aslam Raisani recently said that anyone who is creating trouble in the province would be dealt with with an iron hand. Going by his logic, he should deal with the FC then.

As for the case of missing persons, Prime Minister Gilani hailed the progress being made in this regard. He was told that out of a total of 144 missing persons, 41 returned to their homes while false cases against 38 were withdrawn, while many other persons have been located. It is beyond comprehension how the authorities came up with this figure when human rights groups and the Baloch place the missing persons’ figure at around 13,000. It just shows that the government is either oblivious to the ground realities or deliberately understating the problem. Just like the Aghaz-e-Haqooq-e-Balochistan package, the government’s policies have nothing to do with reality and appear as mere pie-in-the-sky. Prime Minister Gilani announced Rs 2 billion to modernise and equip provincial law enforcement agencies with weapons and provide them transport. This money may end up being used to terrorise the Baloch instead of bringing peace. It is time to heal the wounds of the Baloch instead of relying on violent repression, which will only fan more retaliatory violence.

The sequence of the government’s policies is wrong. First and foremost should be putting an end to the FC’s parallel government and alleged extrajudicial killings. The next step should be to recover all the missing persons and ensure that no state agency is allowed to harass or kill the Baloch people again. Channels to talk to the Baloch leaders in exile and in the mountains must be explored. Bringing development to Balochistan will only work once these steps have been taken. Instead of blaming foreign elements for destabilising the province, the government needs to introspect. No evidence has so far been made public or been shared with the international community by our government to give credence to such claims. The situation in Balochistan is going from bad to worse and is reminiscent of what happened in 1971. Prime Minister Gilani should take stock of the situation on the ground and seriously address the long standing grievances of the Baloch.
No comments: Links to this post