Imran Khan will have to go home: Zardari

Indicating his party’s intent to oust the Pakistan Tehreek-e-Insaf government from the centre, Pakistan People’s Party (PPP) Co-chairman Asif Ali Zardari Wednesday said that Prime Minister Imran Khan will have to go home.
“If we did not do this, then the coming generations will not forgive us,” the PPP co-chairman said while speaking to the press after a meeting with Jamiat Ulema Islam-Fazl (JUI-F) chief Maulana Fazlur Rehman. “And if we did not do this, then some other force might do so. Kaptaan will have to go home,” he added. When asked as to how much time they will give to the government, Zardari said there is a season for everything, adding that it will be only after Ramazan and Muharram.
Regarding the current situation of the country, he maintained that if the government is not pushed back now, then it will result in an irreparable loss to the country. Speaking of the meeting, Zardari said he has always had Fazl’s blessings, adding, “However, I am not sure whether he is an elder to me or I am to him”.
Speaking to the newsmen, Fazl said the meeting with Zardari is a routine one. “We are not in a position to give any surprise. Today, it was just a dinner invite,” he said. “I had also met Mian Sahib and discussions were held therein too. Several issues pertaining to the country were discussed, regarding which there is harmony among us.” The JUI-F chief said they are united to rid the nation of fake leaders, adding that meetings will be held in the future as well and the political agenda will be taken forth. “Whoever is a friend of Modi is a traitor,” he replied, when asked about PM’s comment regarding Narendra Modi’s victory in general election in India.
https://dailytimes.com.pk/375507/imran-khan-will-have-to-go-home-zardari/
No comments:

Former President of Pakistan and President Pakistan Peoples Party Parliamentarians Asif Ali Zardari has expressed concern over the government reportedly putting an end to the Benazir Employees Stock Option Scheme. The former President said that the PTI government is snatching the rights of the people like vultures circling their prey. He said that the government should not have any intention to gulp the 28 billion rupees of the hardworking workers and people. The main purpose of the scheme was to facilitate the government employees, he said.
The former President said that Benazir Employees Stock Option Scheme is a part of BISP and by ending it; the government is making clear that it does not want its employees working in industries to benefit from the scheme. He said that he is warning the people who still hold grudges against Shaheed Mohtarma Benazir Bhutto to not seize the earnings of the people. He concluded by saying that the PPP will strongly condemn from within and outside the Parliament if such a step is taken.
https://mediacellppp.wordpress.com/2019/04/10/ppp-will-not-allow-to-close-down-benazir-employees-stock-option-scheme/
No comments:

Pakistan Peoples Party (PPP) Chairman Bilawal Bhutto Zardari inaugurated on Wednesday country’s first Thar coal power generation plant, which took 10 years to complete.
The PPP chairman took to his Twitter handle and announced the inaugural of the ‘highest man made structure in Pakistan’. For the inaugural of the mine, Sindh Chief Minister Murad Ali Shah, members of the cabinet diplomats of various countries, including China were present. 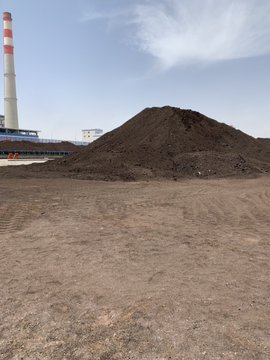 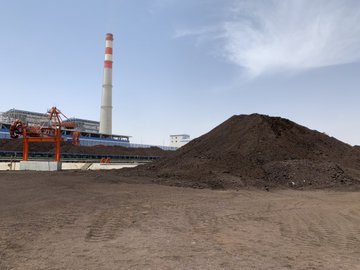 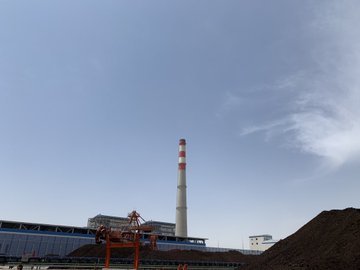 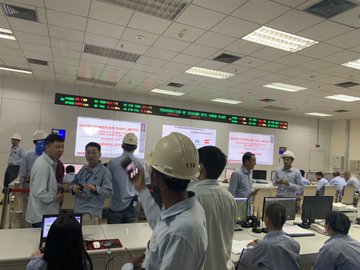 
This project is part of the China Pakistan Economic Corridor project for which the neighbor has extended financial, technical and manpower support. The power plant has a capacity to generate 660 Megawatts (MW) and consists of two power generation units of 330MWs each.

193 people are talking about this
Twitter Ads info and privacy
Addressing the gathering former Chief Minister Syed Qaim Ali Shah said that launching of Thar Coal power plant was a big success of Sindh government and PPP. He said that on the instruction of Shaheed Benazir Bhutto he had taken then president Farooq leghari to Thar and had showed him the coalfiled. Otherwise he was also reluctant to support the project.
Consul General of China in Karachi Mr Wang Yu speaking on occasion said that he was feeling proud to to attend inauguration of the Thar-coal power plants established under CPEC projects. He added that out of six top CPEC projects, Thar Coal-fired Power Plant was most important in terms its importance in the national uplift of Pakistan.
He said that it was the first step to establish Thar Coal-Fired Power plant and in the second it would be expanded further in terms of its capacity and power generation. Thar coal has the capacity to meet the entire electricity requirement of Pakistan.
Mr Samad Dawood Vice Chairman of Engro Corporation said that without energy Pakistan could not achieve its develop goals, therefore we have to tap our energy resources. He added that there was no country in the world which had ever attained its development goals without taping its indigenous energy sources. “In Thar we have vast reserves of coal to meet entire water requirement of the country,” he said.
Chairman SECMC Khursheed Jamali said it was something to be pride of to see the inauguration of the plant for which the journey was started some 24 years ago. This is the only project of Pakistan which was started against an estimated cost of $854 million and now it has been completed at $670. The saving would be utilized for the expansion of the project to 4000 MW.
Chairman visits:
Earlier, the chairman PPP visited New Senhri Dars village which has been established for 172 affected families of Thar coal mining. Naseer Memon of Thar Coal briefing the Chairman said that out of 172 houses established in the villages 72 families comprising of 500 members have been settled. The remaining vacant houses would be occupied by the allotees very soon.
Chairman PPP Bilawal Bhutto Zardari along with Chief Minister Syed Murad Ali Shah and Energy Minister Imtiaz Shaikh, Chairman SECMC Khursheed Jamali and CEO Abul Fazal  drove down in the  coal the mines which was 164 meter deep and met with the miners working there.
https://www.brecorder.com/2019/04/10/487719/bilawal-bhutto-inaugurates-pakistans-first-thar-coal-power-plant/
No comments: