#Pakistan - Use of colonial-era laws against #Pashtun protesters condemned

Rights watchdogs, leftist parties urge the government to address grievances of the protesters instead of silencing them.


As mainstream political parties remain silent over the issue, the registration of police cases against leaders of the Pashtun Tahaffuz Movement has been criticised by rights activists and smaller progressive parties.
On Wednesday, the Human Rights Watch issued a strong reminder to the government that the right of peaceful assembly was guaranteed in Pakistan’s constitution, urging the government to drop police cases.
Speaking to Daily Times, HRW Pakistan representative Saroop Ijaz said, “The use of criminal cases to deal with political grievances is neither justified nor a sound strategy.”
Instead, he said, the government should hear the protesters and work towards finding a solution to their grievances. “The Pashtuns of FATA have displayed unflinching loyalty to the Pakistani state and they deserve to be engaged with and not blocked under colonial era criminal provisions. The acknowledgement of diverse voices will make Pakistan stronger.”
In its statement, the Awami Workers Party said the protesters were just using their inalienable right to freedom of assembly. “Instead of addressing to their grievances, the government is silencing them.”
The cases registered with SHOs as complainants in Zhob and Qila Saifullah accuse the PTM leaders, including 24-year-old Manzoor Pashteen, of violating sections 153 (provoking with the intent to cause riot) and 153a (causing enmity among groups).
When contacted, Zhob SHO said the cases were registered on directives from police higher ups. Asked what prompted the use of the two sections of the penal code, he said, “agencies and the GHQ were targeted in the speeches.”
Genesis of Sections 153 and 153-A:
Commenting on the legal history of the two sections, Advocate Umer Gillani said, “Section 153A is a broadly worded colonial era legislation with a sordid history of being used by the state against dissident political leadership. In 1957, a Pakistan court actually convicted a person no less eminent than Khan Abdul Ghaffar Khan under this section.”
Gillani said the only saving grace in the section was that it allowed for fair criticism of past injustices by the government. “This provision is in line with the spirit of Article 19 of our Constitution which promises freedom of speech to all citizens,” he added.
“A holistic reading of our Constitution tells us that citizens have a right to dissect past injustices committed against various groups by state officials as well as to preach and propagate political course correction. This is a fundamental right, and I hope the courts will not allow it to be trumped by a disjointed and draconian interpretation of Section 153-A of our penal code.” 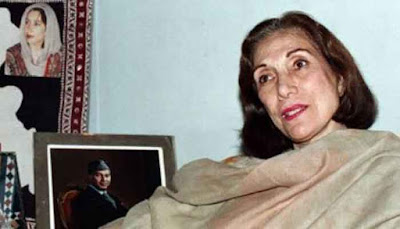 Late Begum Nusrat Bhutto, the wife of late Prime Minister Zulfiqar Ali Bhutto, was an iron lady who stood against the undemocratic forces in Pakistan. She staunchly faced the tyrannical rule of the late military dictator General Ziaul Haq with utmost bravado.
Despite house arrests, physical and emotional attacks on her by the government, she persisted in her struggle to raise the flag of democracy in the country. Her unwavering courage proved to be a source of inspiration for the workers of Pakistan People’s Party (PPP).
In her lifetime, Begum Nusrat Bhutto was awarded the highest civilian award for a democratic struggle against dictatorship. She enjoyed tremendous respect not only among party workers but also in the top national political circles. She gained that respect due to her kind heart and love for the people of Pakistan.
The honour to meet Begum Nusrat was bestowed on me by her husband Zulfiqar Ali Bhutto, who introduced me as a friend. It was indeed a proud and happy moment of my life. Ever since our first meeting, Begum Nusrat always treated me with kindness.
In her public life, she led her people by example and gave them a clear message that there would be no compromise on the struggle for democracy even if it meant writing history with their blood. Fortunately, history has not forgotten the dark times of dictatorship where she stood up as a beacon of light for democracy in the country.
The strength of Begum Nusrat’s resolve could be gauged from the fact that her message managed to travel from one generation to another. Her children continued her struggle against dictatorship, and today her grandson Bilawal Bhutto-Zardari is fighting for a democratic system in Pakistan.
After she lost her husband to dictatorship, Begum Nusrat took charge of PPP as its chairperson and continued her struggle against martial law. The undemocratic forces were so terrified of this strong-willed lady that they tried to put out the spark that burned brightly for democracy through tactics involving arrests and jail terms for party workers. But state authorities were proved wrong as Begum Nusrat kept the party flag high. After the incident where she was assaulted with batons by police at the Gaddafi Stadium in Lahore, a photograph of a wounded Begum Nusrat was published in all the newspapers of Pakistan, which unmasked the ugly face of dictatorship.
When such tactics proved futile, the state resorted to emotional and mental torture by targeting Begum Nusrat’s children. Her daughter was put under house arrest and denied medical assistance. She was treated inhumanely in Sukkar jail and was kept away from her mother. The resolve of the Bhutto ladies shook the dictator and made him paranoid.
Proving his cowardice, General Zia postponed the elections scheduled on October 16, 1979. The Musawat newspaper, which was the voice of PPP, was also shut down.
During this time, Begum Nusrat also faced separation from both her sons, Mir Murtaza Bhutto and Shahnawaz Bhutto. Despite all the difficulties, she dashed the hopes of Ziaul Haq to continue running the country with an iron hand.
Begum Bhutto was diagnosed with lung cancer during her long detention and the regime tried to seize the opportunity of taking revenge on its opponents by denying her aid. However, due to national and international pressure, she was allowed to go outside Pakistan for the sake of her health and treatment. On November 22, 1982, Begum Nusrat Bhutto reached Munich in Germany. Her health was very frail and she was accompanied by her sister as caretaker. Even though she was extremely ill, she addressed party workers who had come from all corners of Europe to see her.
Begum Nusrat Bhutto was born on March 23, 1928, and passed away on October 23, 2011.
No comments: Links to this post 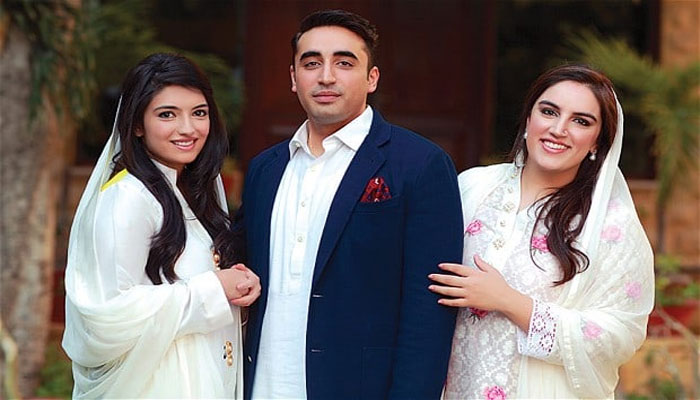 Like every cricket enthusiasts, Pakistan People’s Party (PPP) Chairman Bilawal Bhutto Zardari and his sisters Bakhtawar Bhutto Zardari and Aseefa Bhutto Zardari will be watching Pakistan Super League (PSL) final at National Stadium Karachi on March 25.
According to sources, Bilawal, Aseefa and Bakhtawar have bought tickets Rs 12000 each for VIP enclosures to enjoy the match.
The much-awaited PSL third edition final will be played between Islamabad United and Peshawar Zalmi on Sunday, March 25.
Strict security measures have been adopted for the PSL final.
Sources further said Sindh Chief Minister Syed Murad Ali Shah, provincial ministers Nasir Shah and Jam Khan Shoro have also purchased the tickets for PSL final.
It may be noted here that Fazal Mahmood, Javed Miandad, Hanif Mohammad enclosure tickets were available at Rs 12000 each.
https://www.thenews.com.pk/latest/295581-bilawal-sisters-bakhtawar-and-aseefa-buy-psl-final-tickets
No comments: Links to this post 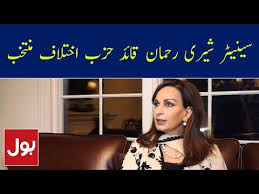 Pakistan Peoples Party (PPP) leader Sherry Rehman was appointed as the Leader of Opposition in the Senate on Thursday making her the first female to be given the post in Pakistan's Senate.
A notification was issued by the Senate Secretariat in this regard on the directives of the chairman.
On March 14, the PPP nominated Rehman for the post of Senate opposition leader. Meanwhile, Pakistan Tehreek-e-Insaf had nominated party leader Azam Swati for the position of opposition leader in Senate.
At the time, PPP chairman Bilawal Bhutto Zardari had said the party was making history by nominating the first woman to lead the opposition.
Sherry Rehman thanked PPP leadership and opposition parties that reposed confidence in her.


Pakistan Peoples Party Chairman Bilawal Bhutto Zardari congratulated Rehman for becoming the first woman opposition leader in the upper house of the parliament.
No comments: Links to this post