Afghan Children, Deprived of School, Tell of Their Deepest Fears

The Women in Afghanistan’s Moral Prisons

Interview : Why Pakistan associates terrorism with Pashtuns and Afghans

The management Lal Masjid aka Masjid-e-Zarrar in all over Pakistan due to its overt support to terrorism has invited Aurangzeb Farooqi, a ringleader of banned Deobandi terrorist outfit ASWJ (Sipah-e-Sahaba) to speak at a conference in Islamabad, the capital of Pakistan. The ASWJ (Sipah-e-Sahaba) is mother organisation of banned Lashkar-e-Jhangvi and together they are called mother of all terrorism in Pakistan.

Lal Masjid became notorious after its declared support to the terrorist attacks in all over Pakistan by Deobandi terrorists of banned outfits such as Taliban and its allies such as ASWJ/Lashkar-e-Jhangvi.
Abdul Aziz, Lal Masjid cleric is the host of the said programme which is to be held on Friday (tomorrow). He always defended takfiri Deobandi terrorist attacks in Pakistan. Farooqi is ringleader of ASWJ that was declared proscribed by the State of Pakistan because of its links to sectarian terrorism. Another guest speaker is Rafiq Afghan (who was wrongly named as Rafiq Awan in the poster), chief editor of Ummat, an Urdu daily who always projected the Taliban terrorists and published the sayings of Osama Bin Laden of al-Qaida and Mulla Omar of Taliban on its front page above the headline.
The management of Lal Masjid under its cleric Abdu Aziz is detested by law-abiding and pro-peace moderate Pakistanis. His war on social media activists and peaceful communities of Pakistan earned him a bad name.
But, Pakistanis are agape that proscribed sectarian terrorist outfit ringleaders are always welcomed in the capital city of Pakistan and there is no official at any level that implements the ban on the banned outfits and prevent the hatemongering pro-terrorism clerics such as Abdul Aziz and pro-terrorist newspaper owner Rafiq Afghan from hosting and speaking at the public meetings!

By ZAHID HUSSAIN
How many are we? Finally, a count of the Pakistani population has started after a gap of 19 years. Perhaps more important than just the numbers game is the changing social landscape of the country that census 2017 is likely to reveal. This full population headcount will not only help map the profile of the nation it will also be critical to shaping its future. A likely shifting collage of a working-age, more educated and more urbanised population is bound to influence political dynamics in the country.
A national census, carried out periodically, is considered the largest and most reliable form of statistical data collection by governments. Empirical evidence thus provided helps drive the state policy on education, health and housing requirements. Unfortunately, this objective has not been a priority and has been persistently delayed in Pakistan. Following a 17-year gap between the 1981 and 1998 census is the even longer gap of 19 years before the 2017 census. In most other countries, including India and Bangladesh, the census takes place decennially.
Like many other national issues, the census has also become a politically contentious matter in this country causing repeated postponements. A full- scale household listing in 2011 had to be put aside and redone again now. And, it was the intervention of the Supreme Court that forced the authorities to fulfil this constitutional obligation.
Fearful of changing population dynamics that the census could validate, some political forces are trying to make the ongoing exercise even more controversial. It is highly unfortunate that an issue that should be unbiased and apolitical is being drawn into the country’s already fraught political battlefield. The last-minute court petition filed by the PPP and MQM to halt the census left a bad taste all around. Any objections should have been resolved before the start of this much-delayed population counting exercise. While the census may give a more realistic socioeconomic picture, it could also open a political Pandora’s box. It is evident that without census data one cannot have a clear understanding of the state of the economy and society. For political reform too, the country needs to have the latest population distribution data. Without this, the Election Commission cannot make plans for the delimitation of electoral constituencies and seat shares in parliament, nor can it deal with other issues required for strengthening a representative and inclusive democracy.
While some of the broad contours of Pakistan’s changing demography are already evident, it will be important to see how rapid population growth and a high rate of urbanisation may have impacted social, economic and political undercurrents. The last census conducted in 1998 showed the country’s population at 134 million — 100m were added since 1951. This phenomenal increase already signalled a population explosion getting completely out of control. Now, 19 years later, it is estimated to have grown to more than 200m, causing Pakistan to edge closer to the onerous position of the fifth most populous country.
Even more importantly, internal migration, rural mobility, and displaced populations due to internal conflict which will be manifest in the 2017 census count are very likely to alter the ethnic, social and economic landscape of different regions hence impacting the future political course. Because of these factors, this census is likely to reinforce the perception that the growth of population in all the four provinces and other regions is not even. It is apparent that the population has been growing much faster in some regions not necessarily because of high birth rates, but due to mobility from rural to urban areas.
Pakistan is one of the fastest urbanising countries in South Asia and some studies show that more than half the country’s population may be living in urban areas. Large-scale mobility of the rural population is the major factor behind urban growth. In the 1998 census, big towns with a population of one million and above accounted for 50 per cent of the total population. Now that share of urban population is projected to be at least 60pc.
According to one study, the urban areas account for around 80pc of the country’s GDP and almost all the country’s tax revenues. Urban poverty rates are almost one-half of rural poverty. Generally, the urbanisation rate may be much faster in Punjab, but internal migration and influx from the conflict areas in the northwest has caused a much greater increase of population in urban Sindh. For example, Karachi, which is the country’s main economic and financial hub, has witnessed an estimated increase of 8.8pc per annum in its population mainly because of the massive influx of migrants in recent years. The city’s population is projected to have more than doubled since 1998.
But the census will also raise questions about the shift in population ratios across the provinces. Does Punjab still enjoy a 54pc share in the country’s overall population? Similar questions arise in the case of Khyber Pakhtunkhwa which has witnessed the biggest migration of population forced by militant violence and successive military operations. The other highly sensitive issue is the likely change in the ethnic balance within the provinces particularly in the case of Sindh and Balochistan with the presence of significant migrant populations.
These changes in the demographic balance will also require a reallocation of seats in parliament and revisiting the NFC award. That may ignite a new political controversy among the provinces. Another contentious issue is that this radical demographic shift because of the rising urban population is not fully reflected in our existing political structure, as the representation of rural areas remains disproportionally high.
While the census may help in providing a more realistic socioeconomic picture of the country, it can also open a new political Pandora’s box. While a more populated Sindh may demand a greater share of resources and representation in parliament, the province is likely to face the same demand from its own urban centres. All these issues have to be tackled amicably for the further strengthening of our federal democratic system. The census is the necessary bitter pill to guide that change. 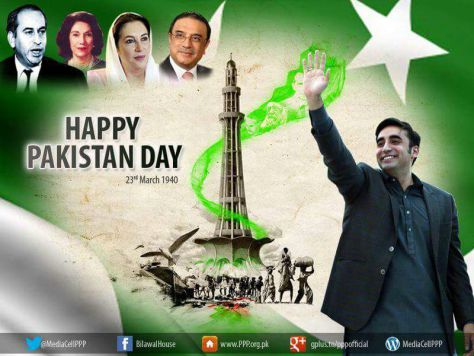