Opinion: Who Will Win the Fight for a Post-Coronavirus America?


Every disaster shakes loose the old order. What replaces it is up to us. 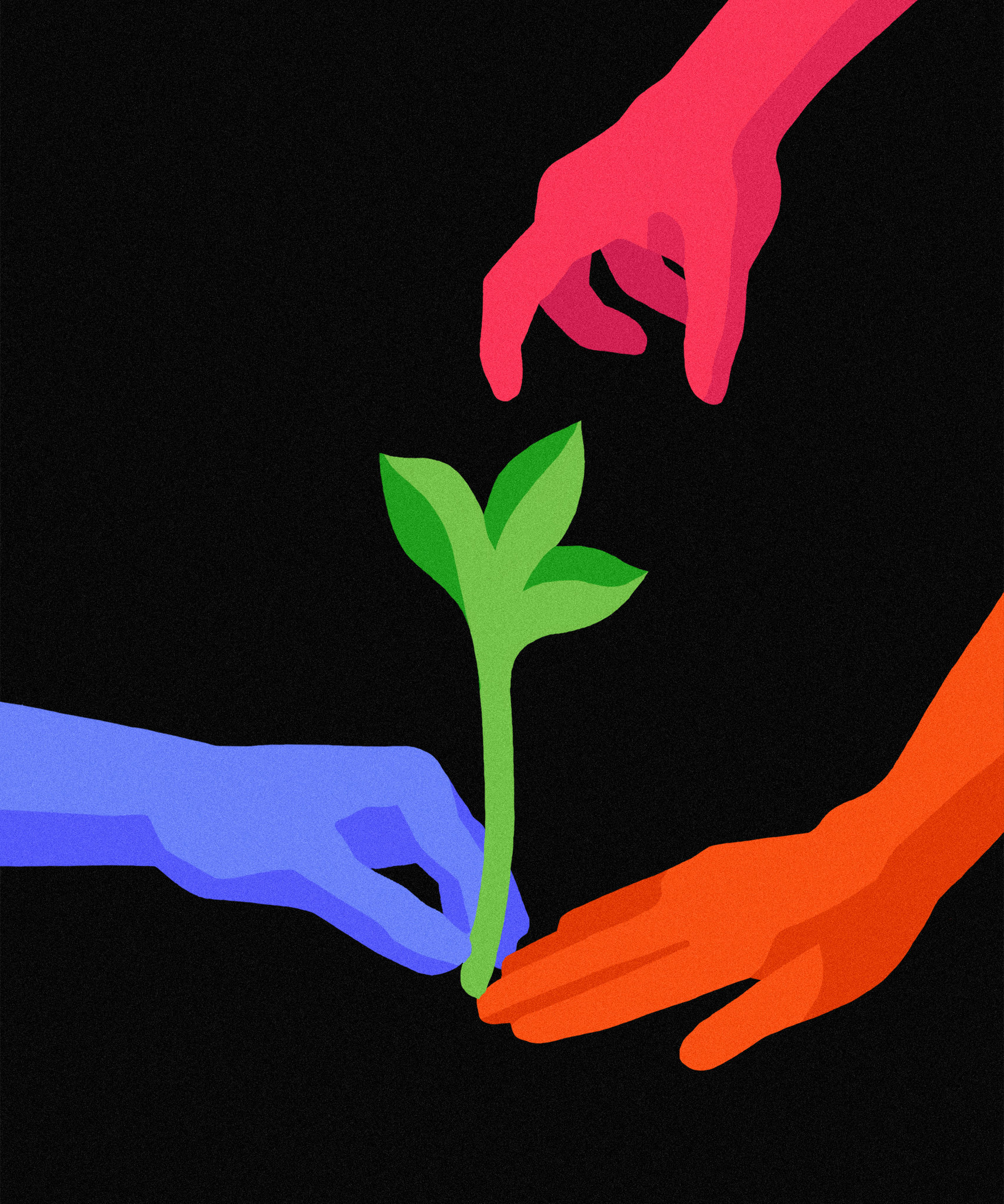 #CoronaInPakistan - It is Sindh government’s responsibility that not a single deserving citizen remains hungry, Chairman PPP

Pakistan People’s Party (PPP) Chairman Bilawal Bhutto Zardari has said that he will not tolerate any shortfall in terms of assistance to the those who are dealing with the consequences of the pandemic. 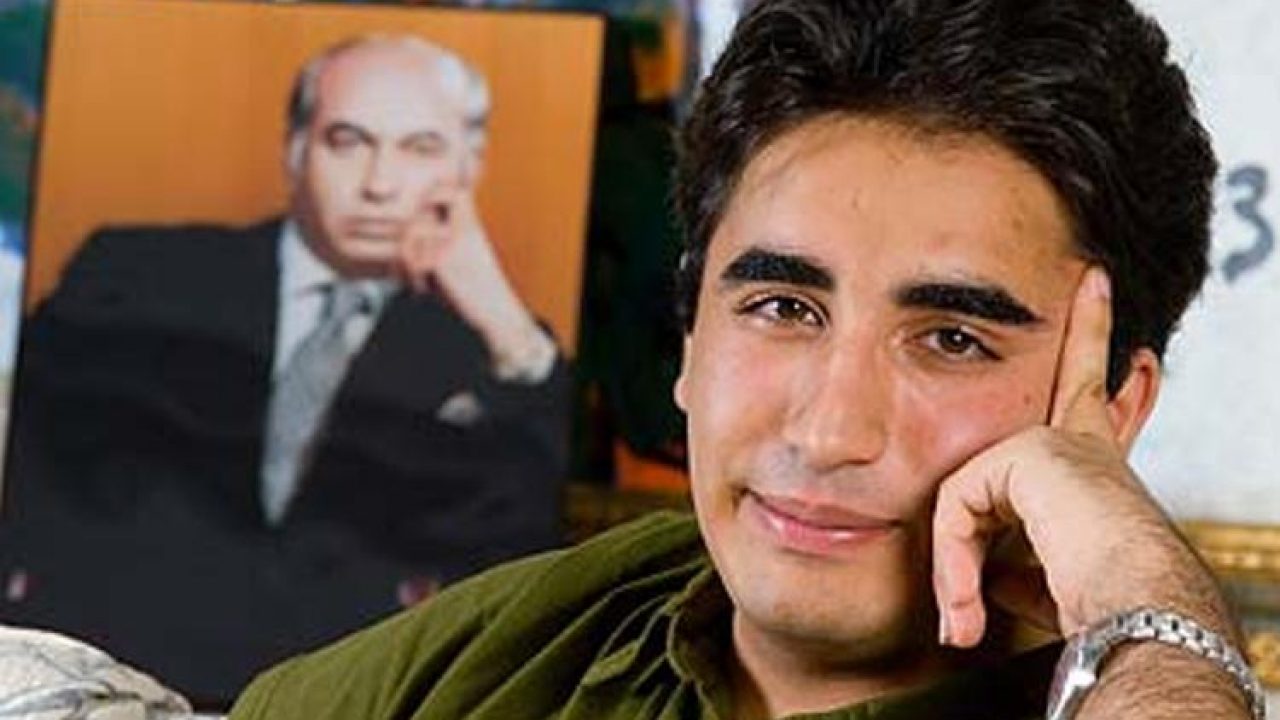 He directed the Sindh government and said that it was the government’s responsibility to ensure that not a single citizen goes hungry.
He expressed these views in a meeting held at Bilawal House Karachi, regarding the mechanism of assistance to those who depend on daily wages.
Sindh Chief Minister Syed Murad Ali Shah, Syed Nasir Hussain Shah, Imtiaz Shaikh, Murtaza Sahab attended while Saeed Ghani and Harris Gazdar participated via video link.On Sunday, in consultation with Sindh leadership, a detailed consultation was held on identifying deserving persons and plans to access them with targeted relief activities.Bilawal Bhutto Zardari was informed by Sindh CM Murad Ali Shah about the performance of the government in this regard.
On the occasion, the PPP Chairman directed the Sindh government to arrive at the house of every single deserving person and provide them with rations.
He also stressed the need of creating a system that would help the government, welfare organisations and philanthropists work in a coordinated manner to maximize relief efforts.In this regard, Bilawal Bhutto Zardari directed the Sindh government to immediately consult with the donors and officials of welfare agencies, and to reach out to philanthropists to formulate a joint action plan.
The Chairman, in a message to philanthropists and officials of welfare agencies, said that the Sindh government has carved out a plan of action and that their help was needed to make it successful. He said that charity and welfare organizations could be more effective by working with the Sindh government.
Speaking on the occasion, the PPP Chairman Bilawal Bhutto Zardari also said, ‘I call on everyone to help thy neighbor. This is a time of global crisis and it requires us to unite in our humanity. We are stronger together and must lift everyone else with us.’
The PPP Chairman added that we all had to be united to overcome and control this crisis.He told the cabinet members of the Sindh government that the Sindh government should have a full plan in case the lockdown is prolonged.
He appealed to the public to fully comply with the lockdown, because only with the complete implementation of the lockdown can we cope with the coronavirus epidemic.Bilawal Bhutto Zardari said that the most important thing for him is to secure the lives of his people.
He directed the Sindh government to carry out maximum screening of the suspected coronavirus patients in Sindh so that we could save more lives.
“Our doctors at Corona Emergency Centers and Hospitals are risking their lives to keep ours safe. They deserve all the credit in the world.”
He applauded doctors and other medical staffs for their fearless services.

Coronavirus Crisis In Pakistan Has Exposed The Hollowness Of Populism

Raza Rumi After weeks of inertia, confused decision-making and contradictory signals, the federal government appears to have realized the urgency of tackling the coronavirus pandemic that is threatening millions of lives worldwide and has set into motion a global recession. It took media pressure, the emergency measures by provinces and ultimately an intervention by the armed forces to move the country towards a state of lockdown. Prime minister Imran Khan is still not fully convinced about lockdowns and his confused messaging has not been helpful in the recent weeks. PM Khan has a valid point about the economic hardship and the impact of shutting down businesses on the economy. Other governments have been grappling with the same dilemma. However, the lessons from Italy, Iran, the UK and more recently the United States are clear: suppressing the outbreak of the pandemic is the only way forward. Otherwise there is immense human cost and the prospect of a collapsed health system. What is happening in Pakistan is not different from the experiences of countries where populist rhetoric couched in denialism, half-truths is being exposed for its futility during a crisis. Whether it is the United States, India, Brazil, the Philippines or Pakistan, high sounding political oratory is unable to confront a pandemic. PM Khan is not too different from his counterparts elsewhere. They all started with not taking the pandemic seriously, downplayed what the scientists, epidemiologists and experts were saying and acted when public opinion started turning against them. Even in the ‘action’ phase they have been berating their opponents and substituting oratory for clear action. The number of coronavirus cases in Pakistan are increasing even though mass testing is not available. The shortage of protective gear, ventilators, masks and trained personnel are under the media spotlight. The provinces and their inadequate health infrastructure are struggling with the brewing crisis. Yet, there seems to be lack of clarity, leadership and coordination that is vital in such times. Even in a federal structure leadership from the centre is essential. A major fallout in this crisis has been the government’s faltering credibility, particularly Islamabad’s lack of seriousness in giving policy direction. Unlike most Muslim majority countries, the federal government appeared helpless in even getting the mosque congregations regulated. Currently, the provinces with the support of Pakistan Army are taking the lead in the battle against Coronavirus. Murad Ali Shah, chief minister of Sindh province has emerged as a clear-headed, action-oriented leader prompting even his critics to acknowledge the solid work underway in the province. Noting the negative public opinion, the prime minister has been meeting journalists to salvage his image. He held two detailed sessions with media persons which once again were full of ‘good intentions, pro-poor rhetoric but short on policy and strategy. Journalists who met PM Khan urged him to take the crisis more seriously. Those who challenged him were later subjected to social media bullying by ardent followers of the ruling party. This is nothing new for the pro-PTI social media bullies – patronized by the party stalwarts and now through a government cell – who have been doing the same for years. PM Khan’s dwindling leadership will not be helped by such antics. This is not about media but the way the business of the government is being conducted.TV anchor Nasim Zehra asked PM Khan on Friday to conduct an inquiry into the horrific treatment meted out to a coronavirus patient in Lahore’s Mayo hospital. The PM responded by blaming his predecessors who had not invested in the health sector. In the same meeting PM Khan also gave a long spiel about the privileged ‘minority’ who in his view were responsible for all the ills of the country. He made these earnest statements with a straight face. Here are two reminders for the PM. First, he has been in power for nearly 20 months and the excuse of his opponents who ruled the country is something that will no longer work or even sell in the court of public opinion. Far from doing anything for the social sectors, the PTI government has cut development expenditures in its tenure. Its economic policy is the handiwork of neoliberal technocrats imported from IMF and the World Bank not to mention the powerful tycoons in his kitchen cabinet. Second, the PM made the anti-elitist comments while seated in a royal-esque setting (which he promised earlier to undo by turning PM secretariat into a University) flanked by billionaire ministers, former World Bank staffers and other members of the same elite whom PM Khan was castigating. A little factoid: PTI has a good number of billionaires in its ranks present in the National Assembly. Worse, while complaining about how privilege works, he presented no plan on how to weaken the stranglehold of the elite. In fact, his ascension to power has been made possible by the same VVIP club comprising generals, tycoons, judges and media barons. Of course, PM Khan was addressing his supporters who, like him, are not likely to detect such ironies of populism. https://nayadaur.tv/2020/03/coronavirus-crisis-in-pakistan-has-exposed-the-hollowness-of-populism/
No comments:

Pakistan’s health experts as well as the World Health Organisation’s (WHO) officials have expressed fears the country’s efforts to control coronavirus could end in complete jeopardy as still, there is no data available on the possible number of coronavirus cases in the country. Presently, there are more than 1,600 confirmed cases of virus reported in the country but according to eminent scientist Dr Ataur Rahman, who is also Chairman the Prime Minister’s Task Force on Science & Technology, the number could be much higher in the coming days. While talking to media on Sunday, Rahman urged the government to put all those who are leaving their houses without a genuine reason into lock-up. “Unless we take stringent measures, the situation would remain out of control,” said Dr Rahman. Coronavirus is spreading like wildfire and even the US seems to be losing its battle against the virus, said Dr Rahman, stressing the number of tests as many as possible. When asked about the country’s coronavirus testing capacity, he said that at the moment, a few thousand suspected cases can be tested every day but that is not being done. “We have sought the Chinese government’s help in this regard and they are facilitating us with testing kits and medical equipment, besides sharing their experience with us to help defeat this pandemic,” he added. Vice Chancellors of Health University and former Executive Director of Pakistan Institute of Medical Sciences (PIMS) Dr Javed Akram also called for widening the testing facility and termed it essential to fight the virus. “We need to test maximum number of suspects of coronavirus and do exactly what South Korea did to restrict the virus spread,” said Dr Javed. In population, he explained South Korea is less than 25 per cent of Pakistan but it has conducted 0.5 million tests of its total population of 51 million. On the other hand, Pakistan has so far conducted only 2,000 tests while the number of suspected patients could be more than 15,000. Coronavirus is spreading fast from one person to another and unless we conduct large-scale tests and isolate the carriers of the virus we cannot effectively fight this war, he said. WHO director general Tedros Adhanom Ghebreyesus has also criticised some nations for not doing enough to detect and contain deadly coronavirus. There has been a rapid escalation of Covid-19 cases over the past week but we have not seen an urgent, enough escalation in testing, isolation and contact tracing which is backbone of the response, he said.