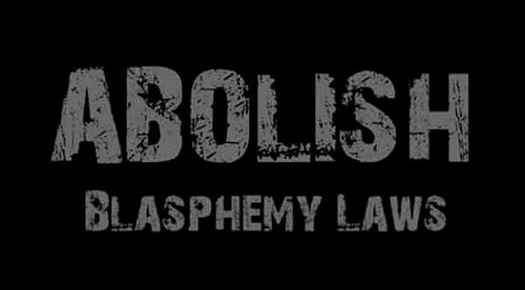 MIDDLE CLASS ON VERGE OF ‘EXTINCTION’ IN #PAKISTAN

A Pakistan Peoples Party parliamentarian on Thursday slammed the incumbent Pakistan Tehreek-e-Insaf-led government’s claims of achieving economic stability by alleging that its policies had driven the country’s middle class to the verge of extinction.
In an at-times contentious session of the National Assembly, the bonhomie between government and opposition on legislation to secure the Army chief’s extension appeared a thing of the past. PPP’s Abdul Qadir Patel said the PTI’s ministers kept claiming Pakistan’s economy was on the right track, but appeared oblivious to the ground realities, adding unemployment was on the rise and inflation was putting food and medicines out of the reach of the common man.
Patel was reacting to a speech by Communications Minister Murad Saeed, in which the PTI stalwart had claimed that the economic stability achieved in 2019 would this year be transferred to the masses. Saeed said the government’s Sehat Insaaf Card scheme would provide 5.7 million people access to the best healthcare facilities. The distribution of these cards has already started, he said, adding 53,480 cards would be provided to residents of the federal capital by March, while families in tribal districts would receive them by the end of the year.
The minister also highlighted the government’s Rs. 6 billion relief package for the Utility Stores to ensure affordable essential commodities for the common man. He also discussed the launch of homeless shelters for the impoverished.
Earlier, the Parliamentary Secretary for Planning and Development Kanwal Shauzab told lawmakers that 13 projects worth around $11 billion had already been completed under the China-Pakistan Economic Corridor (CPEC) project. To a question, she said another 13 CPEC-related projects valued at $18 billion were currently underway, while projects worth $21 billion were in the pipeline.
Shauzab said 46 percent of the work on the Gwadar East Bay expressway had been completed, adding that the New Gwadar International Airport—said to be the largest in the country—was currently being built with the help of a Chinese grant.
Meanwhile, Minister of State for Parliamentary Affairs Ali Muhammad Khan told the lower house that 124,587 people had availed the Assets Declaration Scheme launched by incumbent government last year, leading to recoveries of over Rs. 62 billion. He also said that the federal government has allocated Rs. 152 billion during the current fiscal for the development of tribal districts.
Parliamentary Secretary for Commerce Aliya Hamza Malik said that the country’s exports have enhanced by 4.79 percent during the first five months of the current fiscal year. She said our trade deficit had reduced by 35 percent, which is a big success.
Responding to a calling attention notice, Power Minister Omar Ayub said Rs. 300 million had been approved to upgrade a grid station in Chitral and electrification of adjoining areas there. He said the PTI government was dedicated to the development of Chitral.
Ayub said Pakistan is a peace loving country and Prime Minister Imran Khan has promoted the positive and soft image of Pakistan by opening the Kartarpur corridor. He said the Sikh community across the world is recognizing and acknowledging this very positive step of Pakistan.
https://www.newsweekpakistan.com/middle-class-on-verge-of-extinction-ppp/
No comments:

Authorities in southwestern Pakistan say a powerful bomb blast ripped through a packed mosque during Friday evening prayers, killing at least 15 worshipers and injuring around 20 others.
A senior police official was among those killed in the bombing in Quetta, the capital of Baluchistan province bordering Iran and Afghanistan.
A senior provincial police official, Abdul Razzaq Cheema, told reporters most of the victims were civilians. An investigation into the deadly attack was underway but it was not immediately known whether the slain officer was the target, Cheema added.
Doctors said the death toll could rise because some of the wounded were brought to Quetta hospitals in “critical condition.”
The Islamic State terror group claimed responsibility for Friday's attack, saying it was carried out by a suicide bomber. IS claimed the blast caused 60 casualties, including 20 dead, according to the SITE Intelligence Group, which provides alerts and translations of jihadist threats.
On Tuesday, a bomb went off near a security personnel vehicle in Quetta, killing at least two people and injuring 14 others. The explosives were planted in a motorcycle parked on a main road in the city. Hizbul Ahrar, a breakaway faction of the outlawed Pakistani Taliban, took credit for that attack.
Baluchistan, Pakistan’s largest but sparsely populated province, is rich in mineral resources and has routinely experienced militant violence.
The province is home to a separatist Baluch insurgency and it allegedly also shelters Afghan Taliban leaders and fighters in areas hosting hundreds of thousands of Afghan refugees.
Pakistani security officials, however, say sustained counter-militancy operations have significantly improved the law and order situation in Baluchistan in recent years.
The province is at the center of major infrastructure, transportation and power generation projects being built under the multi-billion-dollar China-Pakistan Economic Corridor (CPEC) collaboration, a flagship of Beijing’s Belt and Road Initiative.
https://www.voanews.com/south-central-asia/pakistan-mosque-bombing-kills-15
No comments: