Malala dazzles all at LLF London 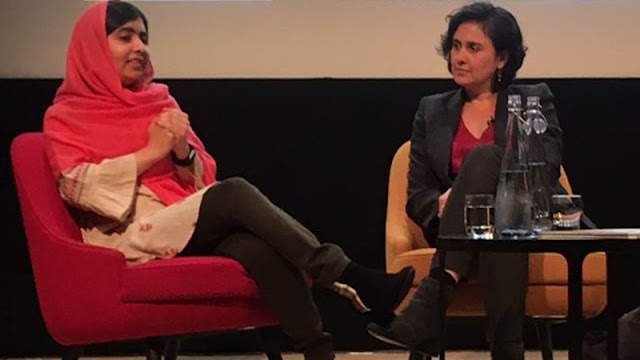 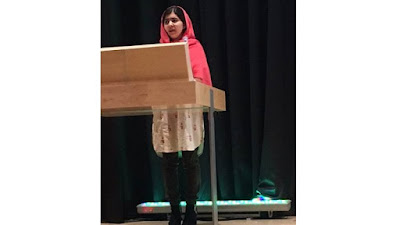 Malala’s appearance, comes as she embarks on her studies at Oxford of philosophy, politics and economics and continues her global work with the Malala Fund. The LLF was also an opportunity for Malala to launch her new illustrated children’s book Malala’s Magic Pencil.

British Library Chief Executive Baroness Tesa Blackstone, made opening remarks highlighting, “The shared history between Britain and Pakistan, reflected in the British Library’s South Asian collection – the richest outside the region,” she proudly said. The British Library is home to a large collection of South Asian artefacts including Indian miniature paintings, East India office records and private papers. LLF Director Razi Ahmed welcomed the delegates to the event and spoke of the importance of the event, how the image of Pakistan has not always been favourable in the media and that its important cultural heritage has largely been ignored.
His opinion was reiterated by Pakistan’s permanent representative to the UN Maleeha Lodhi, “LLF has done Pakistan a great service, by showcasing Pakistan in a way that British people are unaware of,” she said. “The LLF exhibited a cultural renaissance where we see a proliferation of creative voices, arts and literature,” she explained passionately. She emphasised the importance of the event. “Pakistan is usually seen by the west through a single lens, and that’s just terrorism.” She welcomed the LLF exposure to Pakistan’s liberalism.
In years past, Pakistan’s literature has received international recognition through highly revered English language novelists. The day created a safe space for exploring ideas, books, opened different cultures and other perspectives. The cheerful atmosphere chimed with themes of an intelligently programmed festival. Free to all attendees, the enthusiastic festivalgoers included writers, academics, diplomats, students, and bibliophiles.
Session “Never forget,” discussed India – Pakistan’s 1947 Partition, the author, Kamila Shamsie, highlighted differing opinions of successive Pakistani generations as they learned how independence and liberation was achieved. “It is a story of unbelievable violence and suffering,” she said. She explained the history surrounding the 1971 East and West Pakistan partition after the minority inflicted suffering on the majority was traumatic.
“The problem is we never speak about the horrors of our history, hence we can never address how the two nations came to be,” said British–Bangladeshi writer Tahmima Anam. She described the challenges in expressing honesty. “How do you tell a story that these nations were born on the back of horror?” author Shamsie, stressed. “These events are not in Pakistan’s history books. We never speak about it. The world of fake news? We’ve been living it all along,” she said.


Author Mirza Waheed, argued it was impossible to move on as the events still impact young people today.

Malala’s appearance at the festival comes as she embarks on her studies in philosophy, politics and economics at Oxford and continues her global work with the Malala Fund. The LLF was also an opportunity for Malala to launch her new illustrated children’s book Malala’s Magic Pencil

In a session of pre-Partition Lahore, Professor Tahir Kamran of Government College, Lahore and Professor Ian Talbot of the University of Southampton, explored Lahore’s fabric and cultural history during the Raj and its ability to reach out beyond the Punjab. Ian Talbot described how Lahore was a bustling, thriving city. “A great education centre and business commerce that attracted people for its cultural life, who then remained and contributed economically,” said professor Talbot. “Lahore was the centre of education for the whole of north India, not just Pakistan.”

‘In The Maze,’ a colourful session of food as a leitmotif and culture, culinary legend, Madhur Jaffrey, explained the shared cultural history that spanned thousands of years between India and Pakistan. And despite their separation, they continue to share a love affair with the same recipes and dishes. “It is just the nomenclature that is different,” she said. Although, she stressed India was further developed with its vegetable palate, “There is a tendency for Pakistanis to eat more meat,” she said.
The promotion of a strong female voice was a resounding theme at the festival. Firstly, Malala’s address then later the session: Urdu Language’s Uncivil Women. Predominantly spoken in Urdu, the panel discussed eminent Pakistani writer Ismat Chughtai, known for her fierce feminist ideology. Script writer Zehra Nigah described what a tragedy it would be if teaching students about her work is removed from Pakistan’s curriculum as has been threatened.
Speaking after the session novelist, Shamsie said, “People get scared of a woman with a voice, hence they try to shut it down.”
Author Aamer Hussain highlighted the importance for Pakistan to demonstrate its rich, history, culture and genre to the Pakistani Diaspora. He said, “They are limited to a number of contemporary Pakistani writers,” consequentially “they are not fully aware of what goes on behind the scenes, the history or the culture,” he said. In surmising the day, he said. “The event demonstrated, the richness of Pakistani literature and how alive and vital it is.” 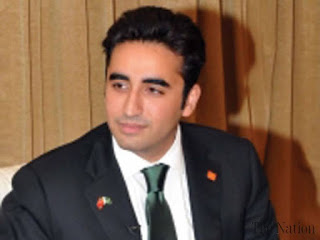 Pakistan People’s Party (PPP) Chairman Bilawal Bhutto Zardari has said that the PPP believes in democracy and calls for finding out solutions to national issues in a democratic way.


While talking to a local TV channel, he said that former prime minister Nawaz Sharif was involved in hatching a conspiracy against democracy.
He said that the PPP had always paid attention to the economy, adding that Pakistan should focus on trade ties with Afghanistan. “If India is investing in Afghanistan, then the country should also do the same,” he added.
He stressed the need to eradicate corruption from the country and warned his party members of stern action if they were found involved in corruption. 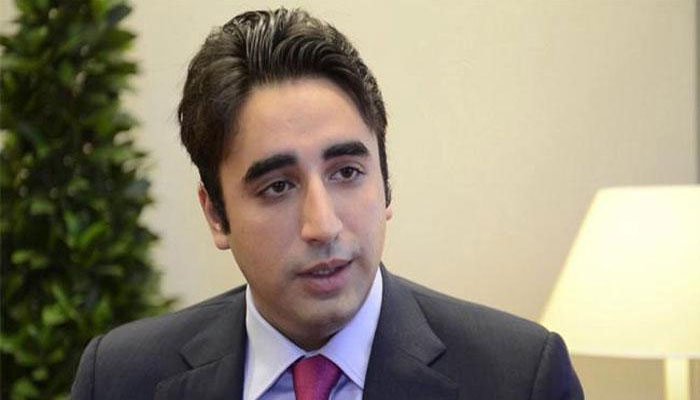 Pakistan Peoples Party (PPP) chairman Bilawal Bhutto Zardari said on Monday his party will not accept a technocrat government in the country.
In an interview, the PPP chairman stressed on the need for measures against corruption. "Those speaking out against corruption do not wish a resolution to this issue."
He said the former prime minister has been involved in conspiracies against democracy, however, he added: "PPP will not accept a technocrat government."
"PPP always paid attention to the economy and the party will perform well in the next [general] elections," Bilawal said.
He also said there should be no difference in accountability, adding that if anyone within his party was found involved in irregularities, they would not support that person.
The PPP chairman went on to say that Imran Khan is "playing a dangerous game."
"People's Party never did hate politics; it is not in the national interest," he said, adding, "We will not tolerate any undemocratic way."
Speaking about Afghanistan's situation, Bilawal said if India is investing there, then Pakistan should also do the same.
He criticised the PML-N government for not appointing a foreign minister for four years.
No comments: Links to this post

‘People are the source of power’ is the founding principle of Peoples Party: Bilawal Bhutto

Chairman Pakistan Peoples Party Bilawal Bhutto-Zardari has said that his party will not tolerate any technocrat or national government setup. 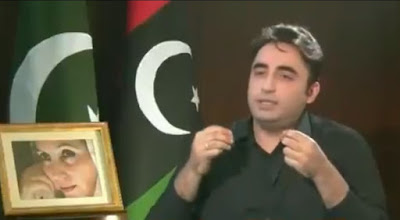 While talking to a news channel he didn’t think the technocrat or national government was going to happen. He further said that the PML-N was misleading the nation and they were overplaying and  trying to provoke it.
He further alleged that Nawaz Sharif took certain controversial steps in his tenure which have harmed the essence of democracy.The PPP Chairman further maintained that PPP could not support unconstitutional steps. PPP had always been pro-people. PPP’s founding principle was that people were the source of power,”
PPP chairman has further said that the issue is that people are either with democracy or with corruption and being the grandson of Zulfikar Ali Bhutto and son of Benazir Bhutto he will be siding with the democracy.
PPP chairman rejected the perception that the PTI has captured the votes of youngsters and claimed the PPP got more vote from youth than PTI.
Commenting on the corruption charges against PPP lawmakers he said that the method of selective accountability will not work. “Our party members were picked in a polarised manner and the motives were politically motivated,” he alleged.
No comments: Links to this post

Pakistan - Imran Niazi is a clown of Politics 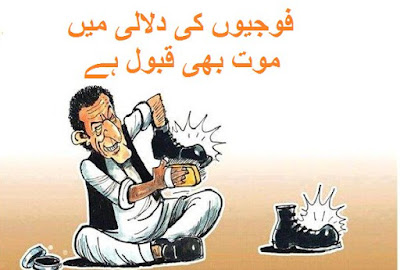 Pakistan Peoples Party Senator Ajiz Dhamra has warned PTI leader Imran Niazi not to become a jester of former dictator General Musharraf and should keep in mind that the killers of Shaheed Mohtarma Benazir Bhutto will be apprehended and convicted by the court of law.
Strongly reacting to Imran Niazi’s speech at Mandi Bahauddin,Senator Ajiz Dhamra said that Imran Niazi has been further exposed by speaking in support of General Musharraf’s nonsense. People are aware that PTI is the political wing of Taliban and Imran Niazi is an agent of Taliban. If Imran Niazi gets a chance he would sell Khyber Pakhtoonkhwa to Taliban. The ideology which killed Mohtarma Benazir Bhutto, Imran Niazi is a foot soldier of that ideology.
Senator Dhamra said that Imran Niazi has promoted intolerance and violence in politics and society. Imran Niazi embezzled the donation money meant for hospital and lives a lavish life with that money. How a person without known source of income can build Bani Gala Palace on 400 acres of land, Senator Dhamra asked.