Saudi anti-government protesters have once again taken to the streets east of the country, condemning the kingdom's military intervention in Bahrain.


Expressing solidarity with anti-government protesters in Bahrain, demonstrators in the city of Qatif called for the immediate withdrawal of Saudi troops from the neighboring country.

Saudi Arabia deployed 1,000 troops to Bahrain in efforts to help the ruling despotic family in its brutal crackdown on anti-regime protesters.

Muslims around the world have denounced the Saudi-led crackdown on anti-government protesters in Bahrain.

Saudi Arabia's military intervention in Bahrain comes despite the conventions of the (Persian) Gulf Cooperation Council that ban any interference in the internal affairs of a regional country.

Saudi Arabia's oil-producing east has been the scene of anti-government protests over the past weeks.

Human Rights First Society (HRFS) also revealed that some of the detainees were subject to torture both physically and mentally.

Saudi Arabia's large but minority Shia population complain of wide discrimination against them, insisting that they are treated as second-class citizens and have to struggle to obtain senior-level jobs as well as benefits commonly available to other citizens.

The government of Saudi Arabia denies such charges.

In Saudi Arabia, protest rallies and any public displays of dissent are considered illegal. Senior Wahhabi clerics in the kingdom have also censured opposition demonstrations as "un-Islamic."
No comments: Links to this post

U.S. missiles struck near a Pakistani village on the border with Afghanistan, days after Pakistan’s army leadership reportedly pressed the Obama administration to reduce attacks by remotely piloted aircraft.

“Missiles were fired by a U.S. drone at Baghar China,” a hamlet in Pakistan’s South Waziristan district, Tariq Hayat Khan, the secretary of law and order for Pakistan’s tribal zone, said by phone from the territory’s headquarters in Peshawar. A local resident, Ilyas Khan Wazir, confirmed an attack in a phone interview, saying he heard explosions.

The strike was the first since Pakistan’s intelligence chief, army Lieutenant General Ahmed Shuja Pasha, pressed the U.S. for changes in drone attacks and other Central Intelligence Agency activities in Pakistan during meetings April 11 in Washington, according to unidentified U.S. and Pakistani officials cited by the New York Times.

Tensions between the CIA and Pakistan’s Inter-Services Intelligence Directorate, or ISI, have risen since Jan. 27, when a security contractor for the CIA shot and killed two armed Pakistanis he said were trying to rob him. Raymond Davis, released March 16 after the payment of compensation to the dead men’s families and threats by U.S. legislators to halt American aid, was one of an unconfirmed number of CIA contractors in the country.

Pakistan’s ISI has seen an increased CIA network in the country as a threat, said Talat Masood, a political and security analyst in the capital, Islamabad.

For the first time in the relationship between the two intelligence agencies involved in the fight against Islamic militant groups, the CIA “is trying to penetrate into Pakistan and influence events independently of ISI,” said Masood, a retired army lieutenant general who maintains contact with senior Pakistani officers. “This, for ISI, is a break of partnership and breach of Pakistan sovereignty and breach of confidence,” Masood said in a phone interview.

On Monday, Pasha met with CIA director Leon Panetta and Admiral Mike Mullen, the chairman of the Joint Chiefs of Staff, to demand that the CIA give ISI more information about intelligence operations it has been conducting in Pakistan on its own, the Times said citing unidentified Pakistani and U.S. officials.

“ISI wants CIA to go back to fundamentals and readjust their strategy,” Masood said of the Pakistani demands. “I think that will happen because they both need each other. I see fewer drone attacks right now,” he said.

U.S. government officials refuse to confirm or discuss the six-year-old program of drone attacks in Pakistan, which have targeted the Taliban, al-Qaeda and allied militants, while also killing civilians.

Calls by Pakistani politicians to restrict the attacks intensified after a March 17 attack that Pakistani officials said killed between 26 and 35 people in the district of North Waziristan, which the U.S. says is a haven for Taliban and al- Qaeda militants.
No comments: Links to this post

Surghar Daily
Afghanistan President Hamid Karzai has become a problem rather than part of the solution, the country’s top opposition leader says.

“In terms of Karzai government in itself it has turned into a problem rather than being part of the solution. That's I think the main challenge for the people of Afghanistan as well as friends of Afghanistan, the international community through the United States,” Abdullah Abdullah told the Charlie Rose show on PBS Monday night.

Chairman of the Coalition for Hope and Change, Abdullah is currently on a 10-day visit to Washington during which he is scheduled to address a number of think tanks, meet top Congressional leaders and officials of the Obama administration.

Defeated by Karzai in the 2009 Afghan presidential elections, Abdullah says the purpose of his trip is to familiarize the opinion builders and policy makers in Washington about the ground realities in Afghanistan. He is also scheduled to address the World Islamic Forum Conference being held in Washington.

In his first television appearance Monday night, Abdullah warned that it would be difficult to meet the much anticipated transition deadline. This he attributed mainly to the alleged failure of the current government.

Abdullah alleged that Karzai would try some unconstitutional means to stay in power after the expiration of his current term in 2014. As Karzai's main opponent during the 2009 Afghan presidential elections, Abdullah won 31 percent of legitimate votes in the first round, choosing not to stand in the second round, citing fraud.

A former member of Karzai's cabinet before being discharged, Abdullah has come out as a strong critic of Karzai, highlighting the chasm between Karzai and the Afghan public due to widespread corruption in Karzai's administration and the ongoing insurgency.

In his address to the Asia Society on Monday, his first speaking assignment in Washington, Abdullah shared his knowledge of the current situation including challenges and developments towards the potential for engagement with vested elements. He also underlined how the political process can be impelled to move forward towards a solution.
No comments: Links to this post

cnn.com
After being criticized for attacking rap and hip-hop in her memoir, “All That Is Bitter and Sweet,” Ashley Judd 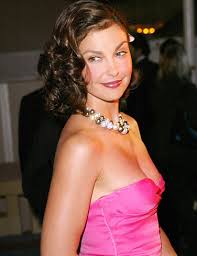 is extending an olive branch along with a few points of clarification.

The backlash began after an excerpt from her book depicted the actress lobbing harsh words at the rap and hip-hop genres as well as artists Snoop Dogg and P. Diddy. While speaking about an AIDS awareness program she works with, Judd writes, "Along with other performers, YouthAIDS was supported by rap and hip-hop artists like Snoop Dogg and P. Diddy to spread the message...um, who? Those names were a red flag.”

Judd continued, “As far as I'm concerned, most rap and hip-hop music - with its rape culture and insanely abusive lyrics and depictions of girls and women as 'ho's' - is the contemporary soundtrack of misogyny.”

She concludes, "I believe that the social construction of gender - the cultural beliefs and practices that divide the sexes and institutionalize and normalize the unequal treatment of girls and women, privilege the interests of boys and men, and, most nefariously, incessantly sexualize girls and women - is the root cause of poverty and suffering around the world."

Now the 42-year-old says that in light of the many responses around the Web, she believes she should’ve framed her opinion a bit differently.

"The outcry regarding my remarks, 2 paragraphs of my 400+ page book, regarding hip hop and rap, has been as astounding as it is out of context...I have looked closely at the feedback I have received about those two paragraphs, and absolutely see your points, and I fully capitulate to your rightness, and again humbly offer my heartfelt amends for not having been able to see the fault in my writing, and not having anticipated it would be painful for so many. Crucial words are missing that could have made a giant difference,” she says in a post on GlobalGrind.com.

Judd asserts that those paragraphs should read: “Some hip hop, and some rap, is abusive. Some of it is part of the contemporary soundtrack [of] misogyny (which, of course, is multi-sonic). Some of it promotes the rape culture so pervasive in our world...I should have been clear...that I include hip-hop and rap as part of a much larger problem. It is beyond unfortunate that I am talking about some, for example, of Snoop Dogs’ lyrics, an assumption has been spread I was talking about every single artist in both genres."

She explains that if someone were to make generalizations about the music genres she grew up with, she too would feel slighted.

"My equivalent genres, as an Appalachian, an oppressed and ridiculed people, would be mountain music and bluegrass. Those genres tell the history, struggles, grief, soul, faith, and culture of my people. In imagining how I would feel if someone made negative generalizations about that music, I am deeply remorseful that anything I may have said in 'All That Is Bitter & Sweet' would hurt adherents of genres that represent their culture," Judd says.

The actress also clarifies that she was by no means trying to blame rap and hip-hop for "poverty, AIDS, and the whole of rape culture."

"Please, people. Seriously," she writes. "I am white, yes, but in spite of some allegations to the contrary, I am not an idiot. Gender inequality and rape culture were here a long before the birth of the genres and rage everywhere. "

But there's one thing Judd won't apologize for, and that's speaking out against hate and violence towards women and girls.

"Hatred of girls and women, I will oppose with spiritual and non-violent principles every day," she concludes, adding that the Twitter responses to her remarks included death threats. "Abuse and violence in any form, at any time, in any expression, are never okay. Period. I, and other girls and women, are not afraid of you. You can keep on hating, but I am going to keep on loving."
No comments: Links to this post