Noted left-wing  politician Jam Saqi, 73, passed away in Hyderabad due to kidney failure, family said Monday.Born on 31st October 1944 in a village called Janjhi in the Chacharo District of Sindh, Saqi also served as the general secretary of the Communist Party of Pakistan.
He was highly respected among the politicians not only in Sindh but all over Pakistan. He fought against the dictatorships and human rights abuses all his life and faced the consequences.


Saqi was arrested and tried in a military court during General Zia’s regime in the 80s. During his trial former prime minister Benazir Bhutto appeared as his defence witness and deposed that ‘Saqi is patriotic citizen of the state’.
He remained behind bar till 1988. Saqi joined the Pakistan Peoples’ Party (PPP) in the 90s.
He will be laid to rest in Hyderabad today.
No comments: Links to this post 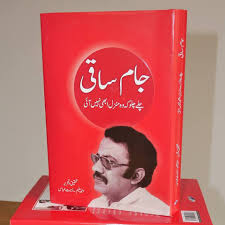 Chairman Pakistan Peoples Party Bilawal Bhutto Zardari has expressed deep grief and sorrow over the sad demise of Comrade Jam Saqi, a senior democratic leader who passed away in Hyderabad on Monday.
In a condolence message, the PPP Chairman saluted the valiant political struggle and sacrifices of Jam Saqi adding that he had been fighting for democracy and democratic rights for his whole life.
Bilawal Bhutto Zardari termed the death of Jam Saqi as a big loss of the democratic forces of the country including the PPP.
He said that PPP family shares the grief of Jam Saqi family and prayed to Almighty Allah to rest the departed soul in eternal peace and grant courage and fortitude to the members of bereaved family and his fans to bear this irreparable loss with equanimity.

#Pakistan - #AsmaJahangir - The other side of Asma 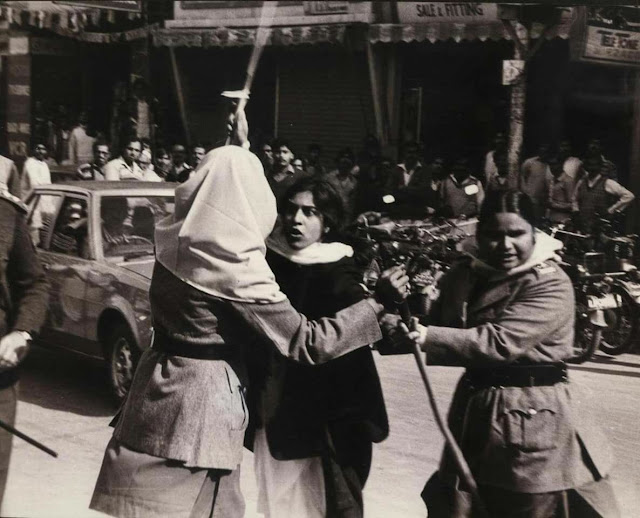 OP-ED For Imran Khan, this is the time for introspection

Drazen Jorgic
As U.S. influence in Islamabad wanes, Pakistan’s former adversary Russia is building military, diplomatic and economic ties that could upend historic alliances in the region and open up a fast-growing gas market for Moscow’s energy companies.
Russia’s embrace of Pakistan comes at a time when relations between the United States and its historical ally are unraveling over the war in Afghanistan, a remarkable turnaround from the 1980s, when Pakistan helped funnel weapons and U.S. spies across the border to aid Afghan fighters battling Soviet troops.
Though the Moscow-Islamabad rapprochement is in its infancy, and it is neighbor China that is filling the growing void left by the United States in Pakistan, a slew of energy deals and growing military cooperation promise to spark life into the Russia-Pakistan relationship that was dead for many decades. “It is an opening,” Khurram Dastgir Khan, Pakistan’s defense minister, told Reuters.“Both countries have to work through the past to open the door to the future.” The cozier diplomatic ties have so far focused on Afghanistan, where Russia has cultivated ties to the Afghan Taliban militants who are fighting U.S. troops and have historic links to Islamabad. Moscow says it is encouraging peace negotiations.
Both Russia and Pakistan are also alarmed by the presence of Islamic State (IS) inside Afghanistan, with Moscow concerned the group’s fighters could spread towards central Asia and closer to home. In Pakistan, IS has already carried out major attacks. “We have common ground on most issues at diplomatic levels,” Pakistan’s Prime Minister Shahid Khaqan Abbasi told Reuters.“It’s a relationship that will grow substantially in the future.”
During a trip to Moscow last month by Pakistan’s foreign minister, Khawaja Asif, the two countries announced plans to establish a commission on military cooperation to combat the threat of IS in the region. They also agreed to continue annual military training exercises that began in 2016 and followed the sale of four Russian attack helicopters to Pakistan, as well as the purchase of Russian engines for the Pakistan Air Force’s JF-17 fighter jets that Pakistan’s military assembles on its own soil. The detente has been watched with suspicion by Pakistan’s neighbor and arch-foe India, which broadly stood in the Soviet camp during the Cold War era. In the last two decades, the close Russia-India relationship has been underpinned by huge arms sales by Moscow to a country it calls a“strategic partner”.
“If the Russians start backing the Pakistanis in a big way at the political level, then it creates a problem for us,” said Sushant Sareen, a leading expert on India’s relations to Pakistan and Afghanistan with New Delhi-based Observer Research Foundation.
No comments: Links to this post

PPP is the majority political party of the Senate, will bring its chairman: Bilawal Bhutto 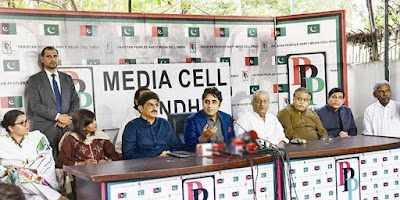 The Chairman of Pakistan People’s Party, Bilawal BhuttoZardari, has said that the opposition would try to get elected its nominee as new chairman of the Senate of Pakistan because the majority party in the upper house has the right to bring its own Senate chairman.
The PPP chairman stated this as he addressed a press conference here at the media cell of the People’s Party along with newly-elected senators of the party from Sindh. Sindh Chief Minister Syed Murad Ali Shah was also present on the occasion. Ten senators-elect ofPPP in Sindh were elected in the Senate elections held the previous day.
Bilawal said that the majority political party of the Senate was not the Pakistan Muslim League (N) but it was the People’s Party as senators in the Punjab were elected independently, without any party affiliation and were yet to join any political party. Bilawal challenged the PML-N to get its candidate elected for the slot of the Senate chairman. He asked how the PTI senator got success from Punjab.
He said if the PML-N thought that it was the biggest political party in the upper house of parliament, then it had every right to get its nominee elected as the chairman of the Senate. The PML-N should make efforts to this effect as nobody is stopping it from doing so, he said.
The PPP chairman said it was better that the chairman of Senate did belong to the opposition for the sake of check and balance on the system of governance as the Senate had to oversee the role of the National Assembly. He said that except for the PML-N, all the political parties having representation in the Senate would be consulted by the PPP for bringing an opposition-backed chairman of the Senate.
He said it was wrong to level the allegation of “horse-trading” against the People’s Party in the Senate elections. He said that Sindh CM had made efforts to secure victory in the Senate elections.
He said that lawmakers of the MQM didn’t accept the leadership of their own party as time for the MQM, which had been levelling the allegation of horse-trading just to cover up its own internal rift, was over.
He said that it was better for the MQM to concentrate on resolving its internal issues instead of pointing fingers at others. He said that allegations of horse-trading did surface whenever any poll took place during the era of PML-N. The provincial election commissioner had termed the Senate elections held in Sindh as most transparent and fair in the entire country.
He said that there should not be doubt about the transparency of Senate polls in the province after unequivocal viewpoint expressed about the polling process by the provincial election commissioner, Sindh.
Bilawal Bhutto said the PPP sensed no danger from Chairman of Pakistan Tehreek-e-Insaf Imran Khan. He said that people of Karachi didn’t like PTI any more owing to unsatisfactory performance of its government in Khyber Pakhtunkhwa. “Nawaz Sharif and Imran Khan during the last five years have done nothing except doing confrontation with each other only for the sake of capturing the rule in Punjab, he said.
“I call upon the Captain (Imran Khan) that instead of giving electoral tickets to ATMs only, he should bring forward the party’s ideological activists like what the People’s Party does. People’s Party gave the Senate tickets to ideological workers (of the party),” said the PPP chairman. He said that “ATM candidates” just indulge in buying of votes.
He said that Imran Khan didn’t come to the National Assembly the previous day to vote even in the favour of Senate election candidates of his own party. He said that the PPP had secured more victories in the Senate election held previous day than expected on the basis of good candidates of the party.
He said that PPP had secured votes in the Senate poll on the basis of its performance. He said the PPP had won the Senate seats from Khyber Pakhtunkhwa as well. Bilawal said that contrary to the PML-N and PTI, the PPP’s Sindh government had performed very well as it had invested to build several healthcare centres, cardiac hospitals, and to construct road infrastructure especially in Karachi. He said that people had no interest in the campaigning being done by Nawaz Sharif to protest against his expulsion from power.
http://www.thesindhtimes.com/blog/2018/03/05/ppp-majority-political-party-senate-will-bring-chairman-bilawal-bhutto/
No comments: Links to this post