Amnesty International called on the United Nations to examine alleged crimes committed by the Saudi-led coalition in Yemen.

An international human rights group called on the United Nations on Friday to examine alleged crimes committed by the Saudi-led coalition in Yemen after its recent airstrike in Sanaa killed civilians.
"There is an urgent need to put Saudi Arabia under scrutiny for the raft of crimes under international law and other human rights violations its forces have committed in Yemen," Lynn Maalouf, the Middle East Research Director at Amnesty International, said in a statement.
Earlier in the day, an airstrike on the district of Faj Attan in Sanaa killed 14 people and wounded over 10 others. At least five of the victims were children. This comes a year after the UN excluded the Saudi-led coalition from its blacklist of child rights violators despite harsh criticism from rights watchdogs.
The UN Human Rights Office has estimated that at least 58 civilians have been killed in Yemen over the past week, including 42 slaughtered in attacks attributed to the Saudi-led forces.
Yemen has been engulfed in a violent conflict between the government headed by Abd Rabbuh Mansur Hadi and the Houthi movement, backed by troops loyal to former President Ali Abdullah Saleh. The government receives air and land support from the Saudis. The Houthis routinely respond with rocket attacks at the Saudi border.
No comments: Links to this post

Saudi regime forces have reportedly razed a Shia mosque in the kingdom's oil-rich Eastern Province as Riyadh presses ahead with its heavy-handed clampdown on members of the religious community.
Local sources, requesting anonymity, said Saudi troops leveled Ayn Imam Hussain mosque to the ground in the town of al-Awamiyah, located some 390 kilometers northeast of the capital Riyadh, on Friday.
Video footage published on Twitter social media network showed dozens of concrete blocks and pieces of iron scattered around.

Since May, Saudi regime forces have imposed a deadly crackdown on Awamiyah – the hometown of late prominent Shia cleric Sheikh Nimr Baqir al-Nimr, whose execution by the Al Saud regime drew firm international condemnation and sparked mass protests across the Middle East.
Saudi authorities call the clampdown a “security campaign” against the gunmen there, and have used the measure as a pretext to launch almost daily attacks against the town, destroying residential areas, setting fire to buildings, and reportedly threatening the residents to either leave or face potentially deadly swoops.
Earlier this month, foreign journalists paid a visit to Awamiyah after they were permitted entry for the first time, and witnessed the substantial level of destruction that Saudi forces had wrought on the town.
The residents said Saudi authorities had prevented emergency services from reaching wounded locals since July 26, and failed to provide humanitarian assistance to the trapped citizens of the town.
They noted that the only chance for people to leave Awamiyah had been short periods coordinated with local volunteers and pro-democracy activists.
Earlier this month, Stephane Dujarric, the spokesman for UN Secretary General Antonio Guterres, said that the world body could not independently verify the reports coming out of Awamiyah, but stressed all Riyadh’s actions should be in line with its commitments to human rights.
This is while multiple human rights groups have voiced concerns over the situation in Awamiyah, and criticized Western countries for keeping mum on Saudi Arabia’s atrocities there.
Last month, Ottawa expressed “deep concerns” over Saudi Arabia’s apparent use of Canadian military equipment in their crackdown against the minority Shia citizens in the restive Eastern Province.
Prominent human rights groups have on numerous occasions called on Saudi Arabia’s major arms suppliers, including the US and the UK, to stop selling military equipment to Riyadh.
http://www.shiitenews.org/index.php/saudi-arab/item/30285-saudi-regime-forces-demolish-shia-mosque-in-awamiyah
No comments: Links to this post

Salem Rabah al-Zafiri, a Saudi commander of ISIL terrorist group, was killed in people's attack on his car in Southeastern Deir Ezzur, local sources reported on Monday.
The sources reported that a number of residents of the town of Albu Kamal attacked an ISIL vehicle near al-Mesriyeh square and set fire at the car, killing al-Zafiri nom de guerre Abu Rabah al-Hejazi, head of ISIL's propaganda office in Albu Kamal, and several more terrorists.
ISIL terrorists' weapons were seized by people after the attack, the sources said.
They went on to say that a new group of terrorists, including Abu al-Aziz al-Halabi, one of the ISIL's commanders in the town of Mouhassan in Eastern Deir Ezzur, escaped the region along with his family members amid rapid advances of the Syrian Army troops towards Deir Ezzur in several flanks.
Relevant reports said on Sunday that the army troops, backed up by the country's Air Force, repelled ISIL's heavy attack on pro-government forces' strongholds in the Eastern city of Deir Ezzur on Sunday, killing and wounding a number of terrorists.
The army soldiers, supported by the warplanes, engaged in fierce clashes with the ISIL and warded off their attack in al-Roshdiyeh neighborhood.
ISIL left behind a number of dead and wounded members and retreated from the battlefield.
In the meantime, the army units shot down a bomb-laden drone of the ISIL flying over the village of al-Jafrah in Eastern outskirts of Deir Ezzur city.
Also, the fighter jets pounded ISIL's positions in al-Roshdiyeh, around Tamin Brigade base, and in the two towns of al-Mayadeen and Mouhassa, in the villages of al-Shamitiyeh, al-Tabni, al-Masrab and al-Khariteh, destroying several positions and killing a number of terrorists.

Pakistan - The white part in our flag 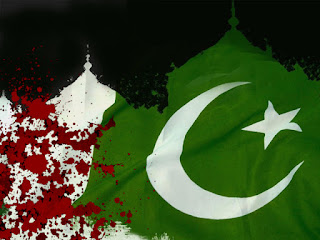 As the number of dengue cases rise to over 3,000 in Khyber Pakhtunkhwa, the affected areas of the provincial metropolis have been declared as Red Zones.
“Peshawar has been divided into three zones: Red Zone is the one where the dengue virus is epidemic, Yellow Zone comprises areas neighbouring the Red Zone and the third is Green Zone,” Peshawar Deputy Commissioner Saqib Raza Aslam told Geo News.
Experts, whose help has been sought to fight the virus, say that old tyres in the district have served as the breeding ground for dengue mosquitoes. They also believe the mosquitoes breeding in the area could spread across the country.
“Old tyres have eggs of dengue mosquitoes,” Assistant Professor Basit Rasheed said. “When these tyres are put in water, the larvae come out of the eggs. Subsequently, the mosquitoes spread in the area.”
But merely carrying out campaigns and fumigating areas would not curb the virus, experts said, public support is also essential for the cause.
The Peshawar district administration has said over 200 teams were working towards eradicating the dengue virus and have fumigated 15,000 houses so far in an attempt to kill dengue mosquitoes.
On the other hand, 400 dengue patients were being treated at hospitals across KP, while 10 have succumbed to the virus so far.
No comments: Links to this post

Pakistan Peoples Party Senator Rubina Khalid in response to the hue and cry by PTI leader Imran Khan on Courts verdict of acquitting Asif Ali Zardari in assets’ reference case said that Asif Ali Zardari fought legal battle for 19 years to get justice and spent over 11 years in prison without any conviction and in the end came out victorious and proven innocent. She said that it is ironic that a man (Imran Khan) whose father was dismissed from government service on corruption charges is showing discontent on this acquittal. On one hand Asif Ali Zardari faced false charges against him in courts and on the other Imran Khan is running away from courts. Charges of corruption, immoral behavior and embezzlement in government funds are being leveled against Imran Khan by no other than his own party members. People of KP know Imran Khan very well and are also aware of his corruption and corrupt and immoral practices, Senator Rubina Khalid said. Senator Rubina Khalid said that Imran Khan’s show has flopped and he is on downhill track of his political career. Imran Khan is irritated because his umpires have ditched him, she concluded. https://mediacellppp.wordpress.com/2017/08/28/imran-khans-corruption-is-evident-in-kp/
No comments: Links to this post

The death toll due to dengue virus in Khyber Pakhtunkhwa has reached to 10, while more than 400 people in hospitals across the province were tested positive for the disease. 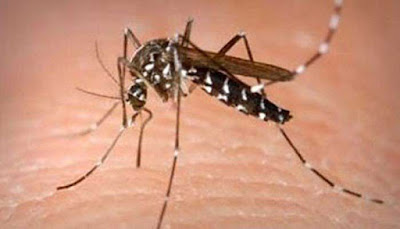 According to the Dengue Response Unit, with 31 new cases in the province, the total number of affectees is now 2,994. The response unit further stated that 443 patients are under treatment in different hospitals of the province.
Moreover, in Peshawar, dengue larvae have also been found near Chowk Shadi Pir after the virus becoming endemic in Tehkal, Pishtakhara and Safed Dheri.
Earlier, the Khyber Pakhtunkhwa health department officials visited Karimpura near Chowk Shadi Pir, during which dengue larvae was found around tyres at a house, as per the Dengue Response Unit.
The health department team visited after a person was diagnosed with the virus in the area, according to the response unit.