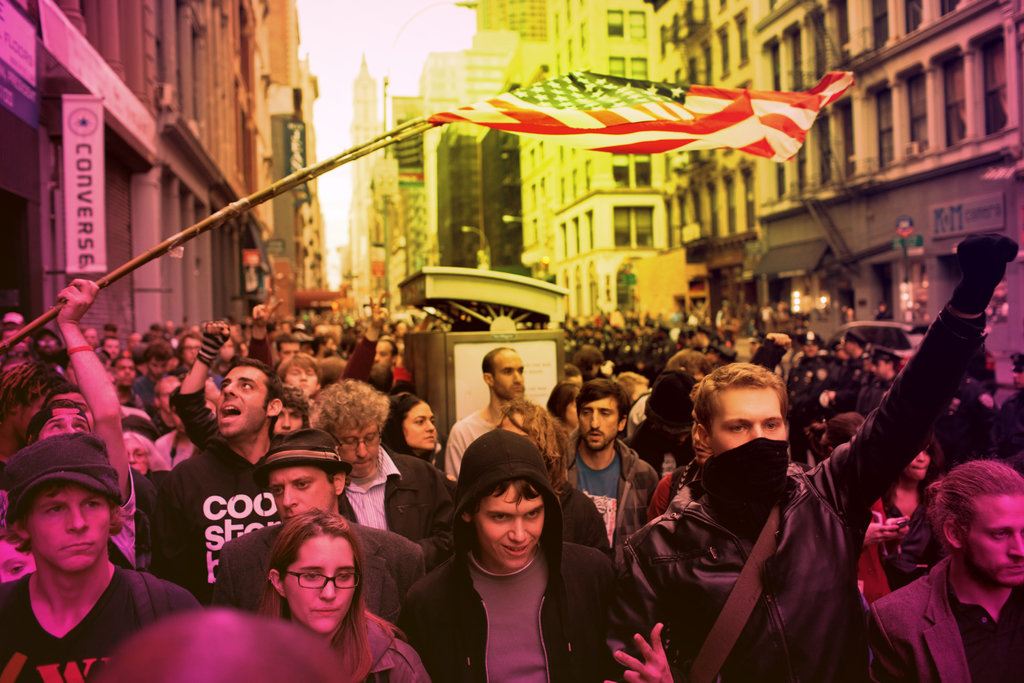 During 2019, the Imran Khan government made several moves to curb free speech and rein in the media as a means to divert attention from governance issues'

#Pakistan #CPEC has not Benefited People of #Balochistan 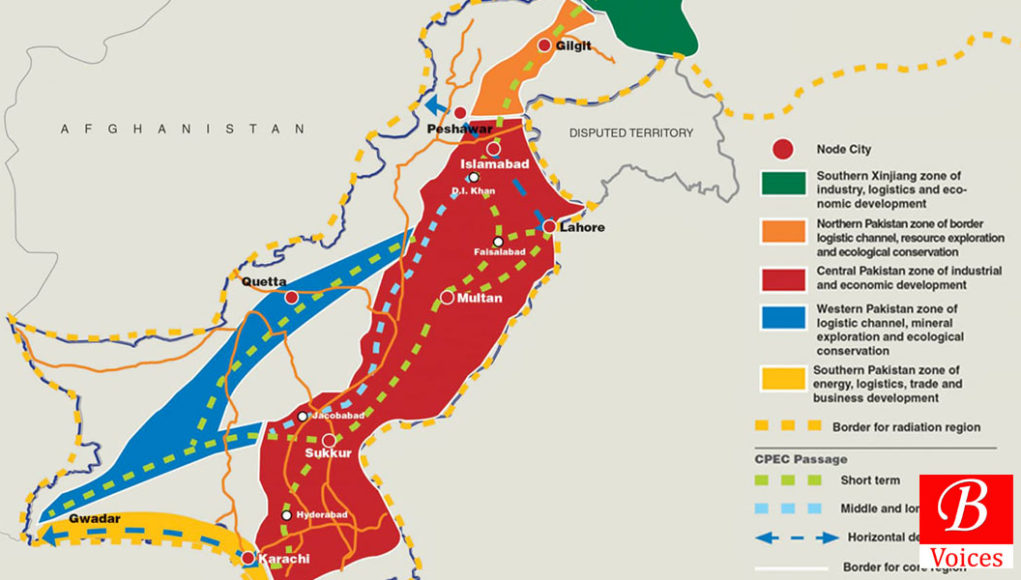 China with robust intentions wants to rule all over the world keeping the eyes on trade and business through Belt and Road Initiative (BRI). China Pakistan Economic Corridor (CPEC) has now become the sole option for Pakistan’s economic and strategic stability and prosperity. The center of all these activities is Gwadar port, which is in the province of Balochistan.

Whenever we hear the word “Balochistan”, we imagine the beautiful Rocky Mountains, decent traditions and a land bestowed by immense natural resources. The reality is, Balochistan is in the grasp of deprivation where the people are surviving in a dismal state. Undeniably, Balochistan has yet not tested the fruits of CPEC projects. The rich Balochistan is devoting of it’s everything to the rest of the provinces unarguably. Such as earning poverty, unemployment, illiteracy, health issues, terrorism, and countless others. If it is as a tribute for Balochistan’s public in name of CPEC, we then expect nothing more.

The rich Balochistan is battling against extreme poverty. Shockingly, 71% of the population in Balochistan is suffering from multidimensional poverty. The 21st century has no difference over the stone age to the people living there.

Although Balochistan has the least population from the rest of the provinces, it still suffers a huge dramatic problem of unemployment. People beg for a job to earn a living. In broader aspects, this is why Robbery and other illegal acts are emerging just because people are compelled to do so. We eventually hear about illegal oil supply and other daily life goods from Iran’s border. To direct the idea, according to preliminary statistics, CPEC projects have created more than 75, 000 direct jobs for Pakistanis. Miserably not many Baloch from Balochistan can be found employed under CPEC projects.

It is obvious that the nation who reads is the nation who leads. Although we are fully aware of the significance of education in the present era, our government has not paid attention and neglected the preferences of education for Balochistan’s residents. Then how would Baloch come onto the pace of today’s world competition? The number of government schools in Balochistan is very depressing and these numbered schools are ultimately in dilapidated conditions. Many of them even consist of one room. More, several have turned out to be the paling of headmasters. It can be seen that there are cows and goats instead of teachers and students. Schools lack basic facilities such as chairs, desks, boards, libraries, toilets, and boundary walls. Woefully, science laboratories have no existence there. Most of the teachers never confront the face of schools but receive their salaries on time.

Balochistan is being utilized like a tissue paper that our government throws whenever it gets benefited. Will Baloch compete in the technological world with this rusted educational system for which has no amendment and implementation can be seen far and wide.

Overall, the literacy rate in Balochistan province is 41%. This clearly shows how much vigilance our federal and provincial governments are paying off. Let me demonstrate the apathy further, around 25,000 Pakistani students are studying in China on the basis of scholarship. Regretfully, there are only 200 Baloch students among them.

Then now, health issues in the province have ranged a gigantic obstacle for the public. The condition of government hospitals is as same as the government schools pertaining. The common health issues in the province are Malaria, typhoid, hepatitis, respiratory disorders, Tuberculosis and dreadful cancer, etc. Other non-profit institutions also do not stay there due to terror attacks. Yet even today, the ecosystem is devastated. As a result, children are born with genetic abnormalities. Like, eye problems, skin diseases, limb dysfunction, cancer and more.

Balochistan is in the grip of cancer and other diseases, the state has not established a single hospital for the people but rather the pleaded hospital is installed in Punjab and other regions. Balochistan has always been victim, compromised, and politicized on account of health issues. When the state bother to perceive the plight of the Balochistan populace?

Moreover, the existence of CPEC means nothing to Baloch because this project has not valued Baloch the day one. Gwadar port is the gateway to Central Asia and the Middle East. Actually the main asset of Balochistan is in the hands of authorities. Let it be cleared here, Karachi Lahore motorway, Lahore orange line, Sukkur Multan sections, these projects costing $5.874 billion are being run under CPEC. What about Balochistan? Consisting of one-way roads resulting hundreds of deaths each month. The people of Gwadar have no safe drinking water. They are forced to either buy water from costly tankers or travel miles in search of water. If authorities cannot heal the pains of the people of Gwadar, how can we expect brotherhood and sharing from their side?

Turning towards CPEC, the second phase of CPEC started with the USD one billion grant whose prime focus would be the socioeconomic development of population, including health, alleviating pauperism, education, agriculture, industrial collaboration, and vocational training through 20,000 scholarships. Do all these commitments match the interest of Baloch? We should get united and prove to be true patriotic citizens of Pakistan. We should always remember the proverb that says, “United we stand divided we fall.”

After UN, US also recognises Malala as one of ‘most significant’ people of decade 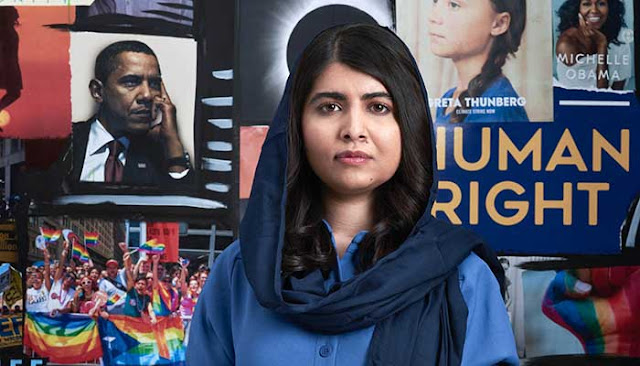 The United States Department of State on Saturday joined the United Nations in recognizing Pakistani education activist and Nobel peace laureate Malala Yousafzai as one of the “most significant people of the decade”.
“As we approach the end of 2019, we join UN in looking back on most significant people and events of the decade, including Malala, who received the 2014 Nobel Prize in recognition of her struggle against oppression of young people and for the right of all children to education,” said Alice Wells, the principal deputy assistant secretary of Bureau of South and Central Asian Affairs.

As we approach the end of 2019, we join @UN in looking back on most significant people & events of the decade, including @Malala, who received the 2014 @NobelPrize in recognition of her struggle against oppression of young people & for the right of all children to education. AGW

26 people are talking about this
‘TEENAGER OF DECADE’:
Earlier this week, the UN had declared Malala as “the most famous teenager in the world” in its Decade in Review.
In part one of its review series, which takes into account events that happened between 2010 and the end of 2013, the UN had also highlighted the devastating Haiti earthquake in 2010, the beginning of the ongoing Syrian conflict for 2011 and Malala’s work in favour of girls’ education for the year 2012, as important events.
‘BRILLIANT, WORLD CHANGING’:
The 22-year-old was also recently chosen by Teen Vogue as its cover person for its last issue of the decade. The magazine announced it had decided to “reflect” the last ten years with the education activist.
“The last ten years have been rooted in the brilliant, world-changing demands of teens across the world. As Teen Vogue reflected on this, we knew there was one perfect person to sit down and reflect on this wild decade with: Malala Yousafzai,” the US publication said.
In October 2012, Malala — then 15 years old — was shot in the head at point-blank range by Taliban gunmen as she was returning from her school in Swat valley.
She suffered bullet injuries and was admitted to the military hospital Peshawar but was later flown to London for further treatment.


The shooting drew widespread international condemnation. Since then, she has become an internationally recognised symbol of resistance to the Taliban’s efforts of denying women education and other rights.
No comments: Links to this post