Video Report - #Canadian official to US: You think we're a threat?

Video - Putin on Trump’s call to have Russia back with G7: We never left 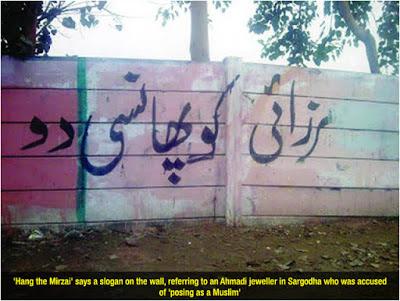 Only in the past couple of years I found out that a few of my school friends belonged to the Ahmadi faith. They had chosen to hide that aspect of their lives because they were scared of rejection, or being ostracized.

#Pakistan ranks 6th out of 167 countries on Slavery Index

Akhtar Amin
The Global Slavery Index has ranked Pakistan 6th out of 167 countries as 2,134,900 people are estimated living in modern slavery in the country. 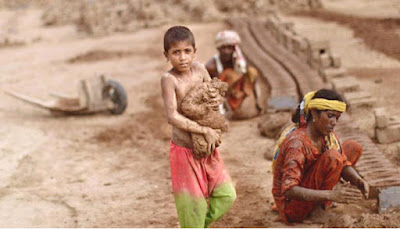 The details of the Global Slavery Index were discussed at a provincial consultation titled “Abolishing Bonded Labour” organised by the Democracy Reporting International at a hotel here.
Giving a broader overview on the issue of bonded labour in Pakistan, Muhammad Rafique of the Democracy Reporting International told the participants that as per the Global Slavery Index, 60 percent of labour force is vulnerable to modern slavery in Pakistan in different sectors including agriculture, brick-kiln, carpet weaving, mining and others.
He said that among the main resources behind prevalence of the bonded labour, economic factor is 2 percent, unemployment 5.9 percent, poverty 39 percent and agriculture is 40 percent.
However, he said that lack of human development in Pakistan is the main issue for bonded labour as in the Human Development Index, Pakistan has become the lowest country in South Asia and ranked 146th.
He said that the other factors are social factors and lack of education, health and other basic amenities to people.
“Unfortunately, there is no well documented research based study of the bonded labour in the country, through which the issue can be addressed,” Director National Commission on Human Rights (NCHR) Khyzar Hayat Khan told the participants. He also said that like in the past, now he did not see the enthusiasm among the rights activists to take up the issue.
He revealed the provinces also have no actual data of cases of the bonded labour, which also showed the lack of interest of the governments toward the issue.
Raza Asad, coordinator for the NCHR, said that the Pakistan’s laws for abolition of the bonded labour were also week as compared to other countries, including Nepal, where rehabilitation of the bonded labour is also the state responsibility.
Irfanullah Khan, director Labour Department Khyber Pakhtunkhwa, said the provincial government has recently launched the first Child Labour Policy 2018 of the province, through which the child labour in the province would be curbed. He said that through the policy, a Central Referral Mechanism would be established to discourage the issue of bonded labour. Besides, he said the department is going to take strict action against child labour. Irfanullah Khan said that the advance money system to labourers of brick-kiln by the owners and labour force in agriculture often leads the labours towards slavery. Liaqat Bacha of Muttahida Labour Federation said that the issue of bonded labour is increasing in the country and province due to the existing weak laws and its non-implementation.
He said the government had failed to implement the minimum wages in the province as even today labourers are getting from Rs5,000 to Rs8,000 salary in the industrial units and private schools instead of Rs15,000, the minimum wages declared by the provincial government.
Rukhshanda Naz, a known women’s rights activist and Executive Director of Legal Aid and Awareness Services (LAAS), said the lack of policy for home-based workers and domestic workers adds more to the miseries of child labour. Imran Takar, a child rights activist, said that child labour was very high in Khyber Pakhtunkhwa and Fata and unfortunately there was no specific focus on the subject.
“Children in the province are involved in different sectors, including agriculture, mining, manufacturing, bonded labour, domestic labour and home-based work. There are a number of laws at provincial level, which regulate child labour and working conditions of children across Khyber Pakhtunkhwa. The laws such as KP Prohibition of Employment of Children Act 2015 and KP Bonded Labour System (Abolition) Act 2015 are in place but their implementation and awareness is a far cry,” he added. 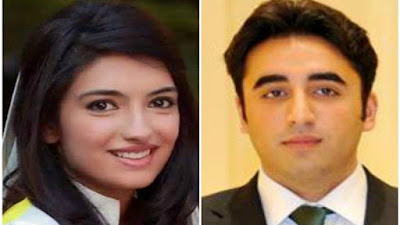 Pakistan Peoples Party Chairman Bilawal Bhutto Zardari and Aseefa Bhutto Zardari reached Bhutto House, Naundero on Sunday.
They were received by PPP provincial chief Nisar Ahmed Khuhro and other party leaders at Mohenjo Daro airport.
Speaking to the media, Khuhro said that Bilawal will submit his nomination papers to the Returning Officer for National Assembly seat NA-200.
He said the PPP chief will be warmly welcomed by the party activists on his arrival in Larkana on Monday morning.
Khuhro claimed that Bilawal will win from Larkana with record votes and the upcoming general elections will be the first of Bilawal and “the last of his opponents.”
Earlier this week, Bilawal announced that he will be contest upcoming general elections from three National Assembly constituencies, which include NA-8 Malakand, NA-200 Larkana and NA-246 Lyari.
Moreover, Bilawal’s younger sister Aseefa Bhutto will contest elections from NA-202 Larkana.
Speaking to the media after filing his nomination papers for the NA-246 constituency, Bilawal said that the PPP will forward former PM Benazir Bhutto’s mission and vision and that it will be a great source of happiness for him to serve Pakistan.
“I am stepping into parliamentary politics. A Bhutto in mainstream politics will strengthen Pakistan’s defence,” he said.
No comments: Links to this post

A private mining company excavating coal in Tharparkar has announced to discover first layer of indigenous coal today (Sunday), SAMAA TV reported.It said the coal was discovered at the depth of 140 meters after more than two years of exaction.First electron will be generated from the power plant in December this year, announced Sindh Engro Coal Mining Company (SECMC), a joint venture between the Sindh government and Engro Powergen.The company said the successful extraction not only proves that Thar’s indigenous coal is exploitable but can produce thousands of megawatts of cheap electricity for many decades. Former chief minister Sindh, Syed Murad Ali Shah, also announced it on Twitter.“By the Grace of the Almighty, today we have reached “Black Gold” in Thar, as envisioned by Shaheed Mohtarma Benazir Bhutto. This discovery of Coal is the result of the hard work and perseverance of #PPP govt, and the beginning of an energy sufficient Pakistan,” he tweeted.Shamsuddin Shaikh, head of the SECMC, said the dream of discovering the coal from Tharparkar has come true after 25 years.In Tharparkar, Sindh has one of the world’s largest coal reserves. The coal mine is set to become Pakistan’s biggest industrial site.The estimated 175 billion tonnes of watery, low energy coal was first discovered in 1992 but because of its poor quality, most companies found it too costly to mine.In 2012, SECMC, took up the challenge, convincing eight companies to join them, two of them Chinese.They are also now building a 660 megawatt coal power plant nearby – which the company wants to increase to 3,300 MW by 2022 – and the government has improved roads and built an airport in the desert for the project.Pakistan is not the only country using coal - one of the cheapest but also most polluting forms of energy - to help plug its growing energy needs.Most new demand for coal-fired power stations is in Southeast Asia, although other countries including Bangladesh are also building new stations.
No comments: Links to this post