Video Report - Mitt Romney: We should hear from John Bolton 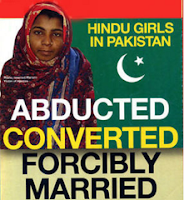 India and Pakistan are two separate countries. But they have a common problem: corruption. The problem is getting worse under two celebrated Prime Ministers, Narendra Modi in India, and Imran Khan in Pakistan. That's according to a recent ranking published by Transparency International. India ranks 80th out of 180 countries listed. That's two notches below the 2018 ranking and four notches down from 2014 when Modi became Prime Minister. Corruption under Prime Minister Modi includes a wave of high-profile scandals that shook his administration during his first term in office. Like a muddy 7.8 billion euro weapons contract to purchase 36 Rafale jet fighters from France. And a $2 billion bank fraud uncovered at India's state-owned Punjab National Bank. Pakistan ranks 120th, three notches below the 2018 ranking when Khan became Prime Minister. Corruption in Pakistan under Prime Minister Khan includes high profile cases like one of the Khan's cabinet members who kept Rs465 millions of properties in his servant's name.

Both leaders have made fighting corruption central to their re-election campaigns, promising to clean up this old vice from their respective countries. And they have taken measures to follow through with their promise.

Modi, in particular, has gone as far as to launch unconventional means like getting rid of "black money," ie, the 500 and 1000 rupee notes. Khan has launched measures to fight tax evasion and corruption. However, the Modi and Khan governments have been fighting corruption in the wrong places — among their countries’ poor. And they have left corruption thriving in the high areas, among the rich and powerful. Persistent corruption is one of the old vices of frontier and emerging markets. It creates monopolies and oligopolies in critical economic sectors, limiting competition and raising the prices for necessary products consumed by the masses. Higher prices for necessities, in turn, fuel runaway inflation, another vice of frontier and emerging market economies, which is followed by social unrest, the third vice of these economies. All three vices prevent emerging economies from achieving sustainable economic growth, and from spreading the benefits of economic growth from a narrow elite to the masses. Sadly, the Modi and Khan administrations confirm the hypothesis that populist regimes of all kinds and sorts come to office with a promise to get rid of corruption. But all too often they embrace the existing situation they embrace once in office. This has been thoroughly argued by Daron Acemoglu and James A. Robinson in Why Nations Fail: The Origins Of Power, Prosperity And Poverty.

The man leading protests accusing Pakistan's army of human rights abuses has been arrested for alleged criminal conspiracy and sedition.
Manzoor Pashteen was taken into custody in Peshawar along with nine others from his Pashtun Protection Movement. 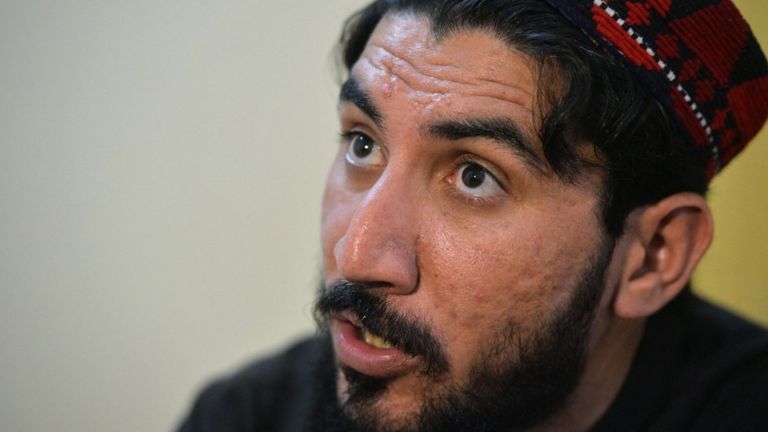 Mr Pashteen has drawn tens of thousands to rallies in cities around Pakistan.
A fellow protest leader said he was being punished for simply demanding human rights. The powerful military, unused to criticism, denies wrongdoing.
Mr Pashteen, a charismatic former veterinary student who shot to prominence two years ago, has become the face of the Pashtun Tahaffuz (Protection) Movement (PTM), in a country where few openly challenge the military.
A number of cases highlighted by the PTM and investigated independently by the BBC came to light in a report last year.
"It has taken us almost 15 years of suffering and humiliation to gather courage to speak up, and to spread awareness about how the military trampled our constitutional rights through both direct action and a policy of support for the militants," Manzoor Pashteen told the BBC.
The non-violent protests began over the alleged extra-judicial killing of a young man of ethnic Pashtun heritage by police in Karachi.
The movement then expanded, demanding accountability from Pakistan's army for alleged human rights abuses committed against Pashtuns during the war against Islamist extremists in the country's north-west.
Pashtuns make up the majority of the population along the border with Afghanistan. The protests, which have at times drawn tens of thousands of demonstrators, have rattled the military.
Since January 2018 Manzoor Pashteen and his movement have become the most significant challenge to the military.
Historically in Pakistan such movements have often fizzled out or been co-opted by the state - but the PTM has grown and grown in strength. All the while its 27-year-old leader with his trademark red cap has steadfastly maintained a modest lifestyle - he doesn't even have a security detail to speak of.
The state seems to have been unsure how to act against him, and the decision to detain him appeared sudden. Charges were laid on 21 January, but it took a week to make the arrest.
Almost laughably, the reason cited for the move is him speaking in an insulting manner about Pakistan and refusing to accept the constitution, when he has often stressed in his speeches the need to uphold the law.
Now the state has finally made its move, how will the PTM respond? Manzoor Pashteen ensured that while he led the movement, no violence took place. But will his supporters now show the same discipline?

Manzoor Pashteen has been accused of "hate speech" and sedition among other offences. The latter carries a possible life sentence.
He was remanded in police custody in Peshawar for 14 days but is expected to be taken to appear before a magistrate in Dera Ismail Khan, some 300km (186 miles) to the south, where charges against him have been filed.
His fellow protesters have demanded his immediate release. Another PTM leader, MP Mohsin Dawar, urged supporters to remain calm in response to the arrest.
Skip Twitter post by @mjdawar

Last night Manzoor Pashteen was arrested in Tehkaal, Peshawar. This is our punishment for demanding our rights in a peaceful & democratic manner. But Manzoor's arrest will only strengthen our resolve. We demand the immediate release of Manzoor Pashteen.#ReleaseManzoorPashteen

Manzoor Pashteen has been arbitrarily detained for exercising his human rights to freedom of expression and peaceful assembly. He must be released immediately and unconditionally. #ReleaseManzoorPashteen


Report
End of Twitter post by @amnestysasia
This is the first time Manzoor Pashteen has been held, and why the authorities chose to detain him now is unclear.
The authorities have repeatedly arrested other PTM leaders and activists since the movement came to prominence. Last year Mohsin Dawar and his fellow PTM member of the National Assembly, Ali Wazir, were detained for four months after a deadly clash in Waziristan.
A media blackout has ensured the PTM's peaceful rallies stay off front pages and TV bulletins - although the movement has been successful in getting its message out via social media.


According to authorities and independent research groups, militant violence since 2002 has forced more than five million people in Pakistan's north-west to leave their homes to seek refuge either in government-run refugee camps or rented houses in peaceful areas.
There are no official figures of the total death toll of this war but estimates from academics, local authorities and activists put the number of civilians, militants and security forces killed at well over 50,000.
Many see the PTM as breaking new ground in the political landscape of a country where proxy wars have disenfranchised large populations not only in tribal areas and the north-west, but also in Balochistan and other parts of the country.

By Asad Hashim
Pashteen, leader of Pashtun Tahaffuz Movement, was taken into custody in the northwestern city of Peshawar. 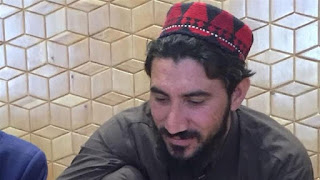 Pakistani police say they have arrested prominent rights activist Manzoor Pashteen, the leader of the Pashtun Tahaffuz Movement (PTM), which is known for its strident criticism of the country's powerful military for alleged enforced disappearances and extrajudicial killings.
Pashteen was arrested late on Sunday from the Shaheen Town area of the northwestern city of Peshawar, police official Nabibul Khan told Al Jazeera.
"He was required in a case by the police from Dera Ismail Khan city police station, so we [arrested him]," said Khan.
According to the police report, he was arrested on sedition charges.
As the PTM rose to prominence through nationwide rallies, police routinely filed cases alleging Pashteen and other PTM leaders committed sedition in their speeches.
However, it is the first time Pashteen has been arrested in such a case.
Mohsin Dawar, a PTM leader and member of parliament, confirmed the arrest to Al Jazeera.
"This is our punishment for demanding our rights in a peaceful [and] democratic manner," Dawar said in a Twitter post on Monday. "But Manzoor's arrest will only strengthen our resolve."
Pashteen, in his 20s, and a small group of other young activists who had been displaced by the Pakistani military's war against the Taliban in their native South Waziristan, founded the PTM in Dera Ismail Khan, located about 250km south of Peshawar.They shot to national prominence in 2017 when the group championed the cause of Naqeebullah Mehsud, the victim of an extrajudicial killing by a notorious Pakistani counterterrorism police officer.Since then, Pashteen has led rallies of thousands across the country, demanding justice for other victims of enforced disappearances, extrajudicial killings and alleged torture while in security forces' custody.His group has also demanded that the Pakistani military clear the country's northwestern tribal districts - the site of the war against the Pakistan Taliban since 2007 - of all land mines and other unexploded ordnance.
'Funded by foreign intelligence services'
The group has long been in the crosshairs of Pakistan's military, which has directly ruled the country for roughly half of its 73-year history and still holds control over security and foreign policy.
Coverage of PTM rallies and Pashteen's statements is regularly censored across Pakistani news media.
In April, the military warned the PTM that its "time is up", accusing the group of being funded by foreign intelligence services. PTM denies the charges and has invited the military to make its evidence of any such funding public.
A month later, a PTM rally clashed with security forces at a checkpoint in the northwestern district of North Waziristan. Soldiers fired into the crowd, killing at least three people, rights activists say.
Police registered a terrorism case against Dawar, the member of parliament, who was leading the rally and spent days in hiding following the violence.
He was eventually arrested, alongside fellow PTM leader and Member of Parliament Ali Wazir, and held for three months before being released on bail for lack of evidence against them.