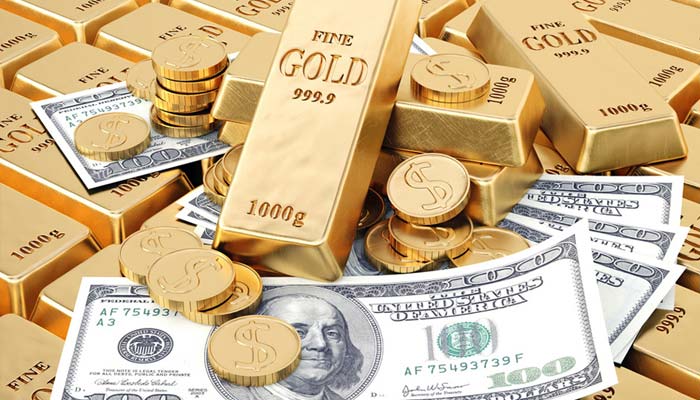 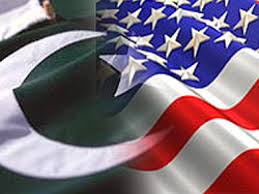 How a dry well dashed Pakistan’s hopes of economic recovery

Premature statements about an 'untapped' oil field did more damage than the actual failure to find oil and gas reserves in country’s offshore Indus delta.


Over the weekend, news came that the latest attempt to search for oil and gas reserves in Pakistan’s territorial waters was being called off.

The drilling at the offshore Kekra-1 well should have been a routine affair. But for a country facing runaway inflation, slowing economic growth and high foreign debt, the project had assumed the role of saviour.
From tweets to vlog, people have pondered over the prospect for days. Almost everyone appeared sure about a discovery from the well that was drilled 280 kilometers off the coast of Karachi.
And none other than Prime Minister Imran Khan had fueled those hopes even though it was only an exploratory well and the consortium led by Italy’s ENI had days to go before confirming anything.
“...if the indications we are getting from the companies are anything to go by, there’s a strong possibility that we may discover a very big reserve in our waters,” he told a group of journalists in March.
In subsequent days, he and his ministers continued to talk about the well’s potential, adding to a social media frenzy.
“It was very unwise on their part to make such statements,” says Masood Siddiqui, ex-CEO of OGDCL, Pakistan’s largest petroleum company which was part of the four-company consortium drilling Kekra-1.
“It’s like playing a 5-day long test cricket match and announcing a winner on basis of the first inning,” he told TRT World.
This was the 18th offshore well drilled in a region known as Indus delta, which is located in Pakistan’s territorial waters in the Arabian Sea. All previous attempts have so far failed to yield commercially viable reserves.
“Oil wells turn up dry all the time. It’s not a big deal. But the matter was really politicised this time,” says Siddiqui.
Since winning an election last August, Khan’s ruling Pakistan Tehreek Insaf has struggled to put economy back on track. A loan-deal with the International Monetary Fund (IMF) has led to further devaluation of rupee, which was already Asia’s worst performing currency.
Pakistan also faces an energy crisis where shortage of gas and electricity often hits households and factories.
Fighting a multitude of problems and little to show for its performance, the government had come to rely too much on what was essentially an exploration attempt, industry people say.
Siddiqui says the drilling was for what is known as an exploratory well, in which rig bits descend below the ground to estimate size of the petroleum reservoir.
“Even if they had found something, it would have taken at least seven years to monetise it. Then there was also the question about its commercial viability.”
The cost of building a subsea pipeline for the ultra-deep well could run into millions of dollars, he says.
Better luck next time
But industry veterans say Indus delta remains underexplored and similar geological formations elsewhere have oil and gas reserves.
“The prospects are very high when you analogue Indus delta with other deltas,” such as Egypt’s Nile and Niger of Nigeria, says Khalid Rahman, the ex-CEO of Pakistan Petroleum Limited (PPL), which is also a partner in Kekra-1 joint venture.
“There have even been discoveries on Indian side of Indus delta,” he told TRT World.
Rahman, who was the CEO when PPL and ENI had drilled the last offshore well in 2010, says Khan’s government was trying to attract attention to foreign investment that had gone into Kekra-1 but ended up needlessly talking about it.
False hopes and disappointment has now led way to conspiracy theories about the $100 million project.
Somebody has started a WhatsApp conversation about how ENI used a redundant rig to get money out of the government, says Rahman.
“This goes on to show a general suspicion and lack of thought. How can it be expected that other partners in the joint venture could have kept their eyes closed to something like that?”
Petroleum exploration especially offshore drilling is risky and success comes after multiple attempts, he says.
“There’s no need to give hope on something which is not certain.”
https://www.trtworld.com/asia/how-a-dry-well-dashed-pakistan-s-hopes-of-economic-recovery-26806/amp/?utm_source=googlenewsstand&utm_medium=amp_rss
No comments: Links to this post

Pakistan has agreed on a deal with the International Monetary Fund to receive a $6 billion loan. But under its terms, its currency will have to be devalued against the dollar, and electricity and gas prices will increase. That is likely to prove unpopular. Al Jazeera's Kamal Hyder reports from Islamabad.
No comments: Links to this post

An attack on a luxury hotel in the heart of Gwadar proves that Pakistan’s military-centric approach is failing.
Undoubtedly, Gwadar – the port city in Balochistan on the Arabian Sea —  is the backbone of the China-Pakistan Economic Corridor (CPEC), which is why it has been in the center of media attention ever since the announcement of the multi-billion dollar project. In this regard, Pakistan’s prosperity is also linked to the development of the Gwadar port project. On some occasions, Pakistani officials have gone as far as to assert that Gwadar has the potential of changing the fate of the whole region.
But on May 12, Baloch militants carried out an assault in the heart of CPEC.
Three armed militants reportedly stormed the luxury Pearl Continental hotel in Gwadar. The attackers were killed, but only after killing five people inside the hotel and a soldier.
CPEC is part of China’s massive Belt and Road Initiative. It seeks to link China’s western and less-developed Xinjiang region with Gwadar in Pakistan’s Balochistan province. This plan will give China valuable access to the Arabian Sea.
From the beginning, China has been concerned about the threats to CPEC in Pakistan in general and in Balochistan in particular. The southern Pakistani province is home to a long-running insurgency by various Baloch ethnic militias aiming for independence. To address China’s concerns, Pakistan has taken action against militant groups, including banned religious outfits. Over the years, the Pakistani authorities have been able to restore peace in many areas that were previously volatile. There have also been reports of Baloch nationalist militants surrendering before the authorities.
But those gains have proven to be short-lived. The May 12 attack in Gwadar was not a one-off; in November 2018 Baloch militants attacked the Chinese consulate in Karachi. Once again, these groups are gaining momentum and are carrying out attacks to show their presence. Clearly, the militants have only been driven underground, not exterminated once and for all.
The brazen nature of May’s attack was notable. Ever since CPEC was unveiled, security has been beefed up in Gwadar. The whole town of Gwadar city now resembles a military cantonment. Foreign journalists visiting Gwadar have not been allowed to enter the port city without “No-Objection Certificates” (NOCs). Locals who visit other areas of Pakistan are regularly asked to show their national identity cards to step back inside their own hometown. Despite these intense security measures, militants were able to attack a luxury hotel in the heart of Gwadar.
The Gwadar incident suggests that Pakistan has not been able to fully address Chinese concerns. Instead, these concerns are further compounding by the day. Pakistani Prime Minister Imran Khan has not been able to satisfy Chinese authorities over CPEC; it doesn’t help that under Khan’s government, there has been talk of renegotiating certain CPEC projects with China. Although those reports were later officially denied, the Chinese were taken aback at the new demands.
China wants CPEC to be successful at any cost. That is why the Chinese have been trying to reach out to some Baloch separatist leaders on their own. Yet those efforts have not borne fruit. On the contrary, things have become even uglier since China’s reported negotiations with Baloch separatists.
Baloch nationalists have shown their hostility toward CPEC from the very beginning. Baloch separatists have posted videos on social media vowing to carry out attacks against CPEC projects. According to them, these development projects are a threat to Baloch identity. In recent months, Baloch separatists have increased attacks in and out of the province. Last month, on April 18, around a dozen armed men killed 14 bus passengers in Ormara, Balochistan, including 11 members of Pakistan’s navy, coast guard, and air force. And as mentioned earlier, last year in November, the the Balochistan Liberation Army (BLA) carried out an assault on Chinese consulate in Karachi, in which two policemen and two civilians were killed.
Besides Baloch nationalists, ordinary Balochs are also apprehensive about the future of Gwadar port project. Many Balochs are concerned that they are going to be outnumbered by a wave of outside migration to the province, as more non-Balochs come hoping to reap the benefits of CPEC. As a whole, Baloch fear that they will lose their identity if they are outnumbered in their own province following the development of Gwadar and completion of CPEC projects in Balochistan. Meanwhile, shockingly, there is a dearth of clean drinking water, electricity, and other facilities for the locals of Gwadar, the epicenter of CPEC.
The government of Pakistan has failed to address these apprehensions. Instead, these fears are only increasing. For instance Gwadar’s local fishermen are being displaced, gradually but noticeably, from their main site of fishing in the name of development. If the government involved locals in the overall development of the Gwadar port project, the Balochs themselves would stand like a wall against any untoward incidents. But instead of getting local buy-in, the authorities are doubling down on militarizing Gwadar. This security-centric approach cannot prevent all attacks, as May 12 proved.
The recent attack on the only five-star hotel in Gwadar – with the explicit goal of targeting foreigners — has raised some serious questions about the security of CPEC. Already, foreign investors, including Chinese, have security concerns about investing in the province. Under these circumstances, the state of Pakistan needs to provide a secure environment to investors, so that they will not shy away from investing in Balochistan in general and in Gwadar in particular. But before doing that, the state must involve the local Balochs in the overall development of the Gwadar and CPEC projects. If not, the situation in Balochistan will continue to deteriorate, which does not augur well for the future of the port town.
No comments: Links to this post

#Pakistan - #PPP - Start with 'PM-select' if professional beggars are to be arrested: Bilawal

Pakistan Peoples Party (PPP) chairman Bilawal Bhutto Zardari Tuesday urged concerned authorities to start with "prime minister-select", if they actually wanted to arrest "professional beggars".
Bilawal said so while responding to a Twitter post from Deputy Commissioner Islamabad regarding action against professional beggars in the federal capital's F-10 and F-11 sectors.
"This government intends to get rid of the poor, instead of poverty," the PPP chairman said in his tweet.
"If professional beggars are to be arrested actually, then start with PM-select.
It is pertinent to mention here that professional beggars swarmed major cities of the country with the arrival of holy month of Ramzan, making it difficult for citizens to stop over at public places and food joints.
Local authorities in Islamabad have launched a crackdown on such beggars in the federal capital, however, an action is yet to be seen in other cities across the country.
https://www.geo.tv/latest/237962-start-with-pm-select-if-professional-beggars-are-to-be-arrested-bilawal
No comments: Links to this post 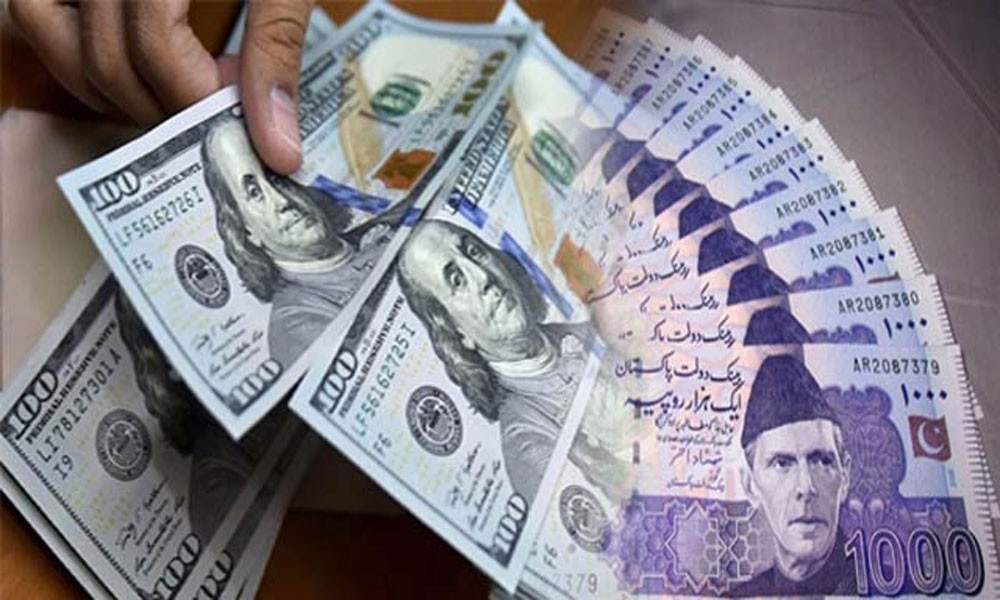