President Pakistan Peoples Party Parliamentarians Asif Ali Zardari Thursday said that his party would continue its struggle for granting a respectable status to womenfolk in the society.
In his International Women’s Day message, he said that the women had played a pivotal role in the development of Pakistan as they hag fought valiantly not only for their own democratic rights but also for the rights of the people of Pakistan.
Women suffered immense hardships during dictatorships in Pakistan but continued to struggle for a democratic, plural, progressive and prosperous Pakistan, said a press release issued here.
Mohtarma Benazir Bhutto always raised her voice for women’s rights and took several measures to give them equal status in the society.
She established separate women police stations and First Women Bank and reserved quota for women in every department.
PPP initiated Benazir Income Support Program during its government in 2008-2013. PPP provided every opportunity to women so that they could compete with their counterpart, he concluded.
https://www.brecorder.com/2019/03/07/479570/zardari-vows-continuing-struggle-for-respectable-status-to-women-in-society/ 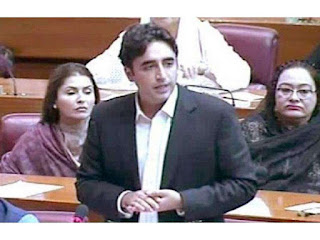 Pakistan People’s Party (PPP) Chairman Bilawal Bhutto Zardari was elected chairman of the National Assembly’s Standing Committee on Tuesday. This decision has been made unanimously by the National Assembly (NA) which is a great sign for the newly elected member of the party. Several political experts had predicted a great political future for the young leader due to his expertise in dealing with the foreign press regarding matters of state and security. This position shows a bright tenure for the young politician because a large chunk of the population is youth and they voice out their concerns via offline and online measures.
Chairman Bilawal Bhutto should thoroughly investigate the human rights issues pertaining to the country. His party has had a long history of siding with the masses and voicing concerns for those being denied basic rights. If only the committee can be mobilised to work on the Articles of the Constitution ensuring basic rights to all the citizens of Pakistan, this will improve the social set up of the country significantly. With the enforcement of the Financial Action Task Force (FATF) ten-point agenda, the focus will be towards ending extremism and that will automatically improve the human rights gradient of Pakistan.
At the moment, issues which require the urgent attention of the committee are those of female empowerment, prison reforms, enforced disappearances, and extra-judicial killings. These are some of the core issues being discussed on both, social media platforms and in the protests of the civil society. The more the Human Rights Committee is in line with the voice of the youth, the easier it will be to track the changes of time and implement progressive policies without having to look to the West for a model which also lacks cultural sensitivity.
https://nation.com.pk/07-Mar-2019/bilawal-as-hr-chairman

Editorial: #FATF action plan - The scourge of proscribed groups must be eliminated if #Pakistan is to escape FATF sanctions 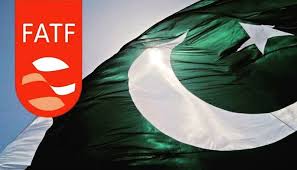 THE finance secretary has warned that Pakistan risks coming under sanctions if the action plan given to the Financial Action Task Force is not implemented in full. Considering that he was present at the latest meetings of the global terror-financing watchdog held in Paris, and personally witnessed the proceedings, his warnings need to be taken seriously.
The prime minister has struck the right note in emphasising the National Action Plan once again and issuing the necessary orders to seize the assets and halt the operations of proscribed outfits. In the days to come, the resolve behind this move will be tested, and it is important that the government’s focus not be diluted as it moves ahead to clamp down on banned outfits here.
The finance secretary’s remarks suggest that Pakistan had a difficult time at the Paris meetings of FATF last month. Eight organisations were named in the FATF press release issued afterwards. This is unusual, because while these groups have always been at the heart of Pakistan’s dealings with FATF, they had never been named previously.
Pakistan on FATF’s grey list: what, why, and why now?
Apparently in the run-up to the Paris meetings, Pakistan had submitted a terror risk assessment matrix to the Asia Pacific Group, the regional grouping of FATF to which Pakistan belongs. In that, it had designated the eight named groups as ‘low risk’, and this created problems in the Paris meeting. India seized the opportunity and tried to rally countries to put Pakistan on the blacklist with immediate effect; it took strenuous diplomatic pushback from the government to pre-empt that move.
Having narrowly averted being blacklisted in February, the government must not allow history to repeat itself. The same steps have been taken by previous governments as well, only to be allegedly stymied by the powerful handlers that these groups have.
The presence of these groups drove Pakistan towards a difficult position internationally and imposed a steep economic cost as the country’s financial system was flagged as being open to risk of terror financing. The grey listing, as it is known in FATF parlance, was lifted with great difficulty and much wrangling back in 2015 against Pakistan’s commitments of further action against these groups. However, whatever action was taken was clearly not enough, and the country slipped back onto the grey list.
Today, we face the prospect of being put on the blacklist if concrete steps are not evident to what will undoubtedly be a sceptical FATF audience in June. These groups and their existence on Pakistani soil have become much more than a nuisance and an embarrassment.
It is quite clear that none of them should have any presence here. The finance secretary’s remarks need to be absorbed fully and earnest action against proscribed groups must be taken immediately to eliminate the scourge once and for all.
No comments: Links to this post 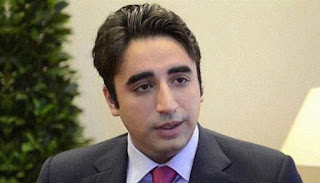 Pakistan Peoples Party (PPP) chairman Bilawal Bhutto Zardari Thursday said that he was appalled at hearing of the "callous and inhumane" treatment of imprisoned former prime minister Nawaz Sharif by the government.
"His illness should be treated seriously, be provided with proper medical care and treated with respect," Bilawal said in his tweet.
The statement by the PPP chairman comes a day after Nawaz told family members visiting him at the Kot Lakhpat jail that he had not begged for treatment, nor would he ask for it.
The former prime minister has been imprisoned at Kot Lakhpat jail since December 2018 following his conviction in a corruption reference in line with the Supreme Court’s July 2017 verdict.
Nawaz's mother, his brother Shehbaz Sharif and daughter Maryam Nawaz met the former premier on Wednesday to convince him to be shifted to hospital.
"The insulting behaviour of the government is not acceptable," he said, adding he was being taken to one hospital from another. The former premier lamented that his treatment was not initiated despite reports from five medical boards.
"The government has not yet provided any treatment facility, [I am] only being troubled," he said.
"I will prefer to die honourably, but humiliation is unacceptable."
https://www.geo.tv/latest/230369-bilawal-appalled-at-governments-callous-inhumane-treatment-of-nawaz
No comments: Links to this post