Video Report - Inside Story - Are the US and Russia headed for a conflict in Syria? – Inside Syria

#HappyBirthdaySMBB - Benazir Bhutto lived and laid down her life for the cause of downtrodden people: Bilawal Zardari 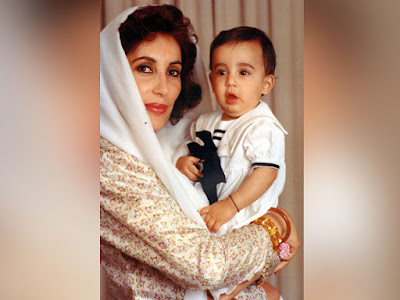 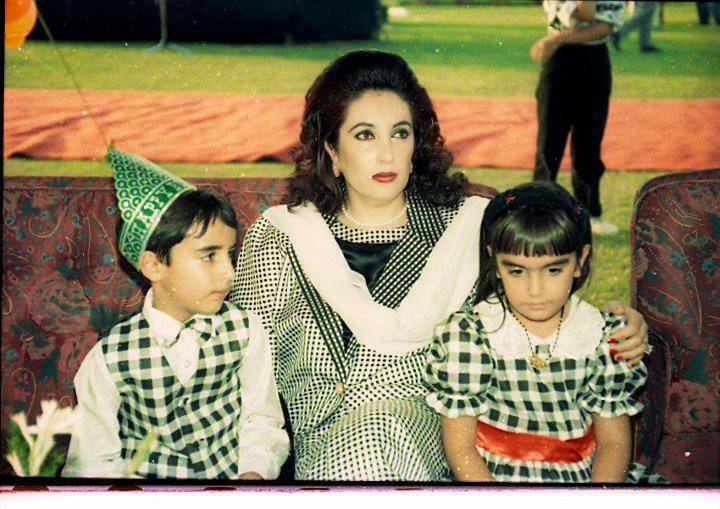 In 1953, on the longest day of the year, Pakistan’s most dynamic leader, Benazir Bhutto, was born.
Had Bhutto been alive today she would have been 64-years-old. Had she been alive today she would have been leading Pakistan as a front rank country onto new pastures, playing a lead role in the comity of nations. Her assassination was yet another colossal tragedy like that of her father’s judicial murder that dealt an irreparable blow to Pakistan.
It was no insignificant coincidence that Benazir Bhutto was murdered at the same location where Pakistan’s first Prime Minister Liaquat Ali Khan was shot by an Afghan during a public gathering in 1951. Bhutto’s assassins also, allegedly, came from Afghanistan, hired from the Afghan Taliban. And not far from where Bhutto breathe her last is the Rawalpindi jail where her father, Zulfiqar Ali Bhutto, was executed on April 4, 1979.
The murder of the father, and then his daughter, snatched from Pakistan the hope of a better future.
The curse of Gen. Zia ul Haq continues to this day. It has manifested itself in all walks of life in the country. His political heirs have rendered all state institutions into mocking birds - ineffective, helpless and ridiculous though with a lot of sound and fury signifying nothing. Just look around at the state of affairs. The government of the day has left no stone unturned to undermine the judiciary, as reflected in the diatribe unleashed by Senator Nehal Hashmi against sitting judges.
When the elected rulers are likened to Godfathers and their state management as that of a Sicilian mafia, then there should be no doubt that there is something terribly rotten in the state of Denmark.
Today, on her 64th birthday, I wonder if we have done enough to preserve Benazir Bhutto’s legacy. Had she been alive would she approve of the direction we are headed in? She was brave. We are not. She returned despite open threats from a military dictator. She took the plunge for us, for this country. She returned home and died for her cause.
This was a difficult piece to write. The memories are still raw and too painful. I can still hear her calling out to us to save Pakistan, “Did I, and thousands of others, who sacrificed their lives, walked to the gallows, faced long and torturous incarcerations at the hands of dictators, deserve to see this country pushed back into the dark ages?” she would say. “It is time for the nation to wake up from its deep slumber and save Pakistan from becoming a deluge. It is our responsibility to revert the country to the liberal, secular and democratic vision of the Quaid and martyred Zulfikar Ali Bhutto.”
Indeed, it is time for decisive action. Her sacrifice brought back democracy in 2008. But from thereon, our march to true development remains patchy.
Our incumbent rulers have rendered the parliament toothless and weakened government institutions.
Before she packed up to return to Pakistan, Bhutto was profoundly perturbed by the state of the economy, the menacing threat of Talibanisation and the plight of the poor. She did not shy away from confessing that the problems faced by Pakistan were herculean. The best way to tackle them, she suggested was with a collective leadership using the best brains in the country, within the framework of a strong democracy.
Benazir Bhutto had a grasp of the multifaceted global and domestic problems, including terrorism. She was a workaholic. Serve no one, but the people, was her motto. Empowerment of the less privileged – men and women, children and minorities - was her life-long mission.
If the current ruling party were to heed her advise, they should go after the forces of bigotry hiding in their closets and punish extremist like Maulana Abdul Aziz and Hafiz Saeed. Surrendering to them would be like surrendering to the Talibanisation of Pakistan. They must read and understand what Benazir Bhutto wrote in her last book, Reconciliation: Islam, Democracy, and the West. In it she noted that the Taliban had, “twisted the values of a great and noble religion and potentially set the hopes and dreams of a better life for Muslims back by a generation." Muslims, she believed, “became (al-Qaeda's) victims too.” She regretted that Islam's egalitarian traditions were constantly hijacked by the despotic Muslim rulers/dictators who reduced religion to a tool to consolidate their hold on power. Her observations are a manifestation of the real spirit of Islam as reflected in the concept of Ijtehad.

As a befitting tribute to her, we need to reiterate the Holy Quran's message of peace and tolerance and not let it drown in a sea of extremism.
No comments: Links to this post 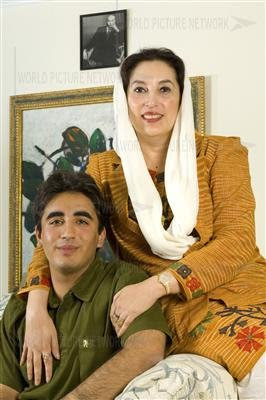 Mohtarma Benazir Bhutto was the voice of the people. She had a genuinely strong relationship with her people. It was as if her heart used to beat in the same rhythm as the heart of the masses. She was the true keeper of national interest and this has been demonstrated by her long struggle against dictatorship. She not only fought the forces of martial law but her voice in favour of democracy was heard as the true voice of sanity in the international political arena. In the World she was known as the ‘Iron Lady’ of Pakistan and in the Muslim World, she was known as the ‘Daughter of Islam.’ it goes to her credit that she was the first woman prime-minister of any Muslim state.Mohtarma Benazir Bhutto represented the Pakistan that was beautiful and with an immense potential for development and success. For this reason, her birthday is celebrated every year on June 21. Both, nationally and internationally, a tribute is paid to her in ceremonies that are organized across the world to remember her great contributions for this country. In June of 2003, BB came to visit London on a short trip. She invited me to attend her fiftieth birthday celebrations in Dubai. I reminded her that she was present alongside me as I cut my fiftieth birthday cake in Gulzar House. I assured her that I would be honoured to join her in her birthday celebrations in Dubai.A few days later, I reached Dubai through a flight on British Airways and found BB’s driver waiting for me at the airport. I reached her residence and was warmly received by her. I was staying at her house as a house guest. 21 June 2003 was a remarkable and a memorable evening. Only fifty guests were invited, perfectly suited to the occasion of fiftieth birthday. The guests included Pakistanis, Arabs, and other foreigners as well. We all enjoyed food together. The cake was customized according to the fiftieth birthday party. BB cut the cake surrounded by the guests and as the knife went through the cake, the drawing room was filled with a melodious happy birthday song.A unique thing about that evening was the poem that BB recited, ‘Story of Benazir’.It was written by her and it beautifully described her life’s journey and struggles. The poem was appreciated a lot and on that day BB’s poetry skills were revealed to the world.On that day, Mr. Asif Ali Zardari had sent her a bouquet made up of fifty dozen roses. She had arranged the flowers in her drawing room and had photographs taken next to it along with her three children Bilawal, Bakhtawar, and Asifa. She also called me in to join with them and I was glad to be able to become a part of that beautiful family moment. That memorable photograph has been published in my book ‘Rafaqatka Safar’ and is also available on the Bhutto Legacy foundation’s website.BB was very happy that evening and it was not only a memorable day for her but also for all of us who were privileged enough to join her. Soon, I returned to London with memories that would stay with me for the rest of my life.Today, 21 June 2017, is MohtarmaShaheed Benazir Bhutto’s sixty-fourth birthday. Pakistan needs a phenomenal leader like her but unfortunately she is no longer here.Her absence is felt today more than ever before and no one can ever fill the gap left by her. She is missed both, nationally and internationally as she represented the cause of Pakistan at all available forums. Although she is no longer among us but she will always be with us. She will always live in our hearts. I believe the best andthe most befitting tribute to her on her birthday would be to reiterate our commitment to BB’s vision.Her workers should not be disheartened by her loss and should remember how much she cared about their rights. Every time they hold on to their rights and her vision and programme, she is with them; if not in person, but certainly in spirit. Her children, Chairman PPP Bilawal Bhutto Zardari, Bakhtawar, and Asifa are the custodians of her legacy. They have grown up under the care of one of the best leaders in the world. They are all well-educated and capable individualswho will continue BB’s mission of serving the people and keeping aloft the flag of PPP. There is no doubt that Chairman BilawalBhutto Zardari,Bakhtwar, and Asifawill make a great team and they will live for Pakistan and for the people of Pakistan as did ShaheedMohtarma Benazir Bhutto.
No comments: Links to this post