Investigating how Pakistan's degree mill profits from selling fake qualifications to people around the world.

Students usually work for years to gain a university degree, but a network of shady online institutions is offering degrees without any study or exams.Hundreds of thousands of people from around the world are taking up this too-good-to-be-true offer. Alarmingly, some of them then use these fake qualifications to get jobs as doctors, teachers and engineers.
101 East exposes the sales tactics used by these fictitious online universities, with alleged links to Pakistani company, Axact.
After media reports exposed how Axact's network appeared to be profiting from bogus degrees, the company's founder, Shoaib Ahmed Shaikh, was arrested and charged with fraud.
Police raids at the company's headquarters in Karachi found lists of fake universities, blank degree certificates, names and phone numbers of their customers and call recordings of Axact staff trying to extract money from them.
But Shaikh insists his company is only running a call centre to render services to the fake universities.Meanwhile, there are fears that people who have bought fake degrees are now working in professions where extensive training and knowledge is critical.
"It could be a huge disaster," says Atta Ur Rahman, a former official of Pakistan's Higher Education Commission.
"You have medical doctors who are practising medicine without knowing medicine. There are accountants in the field of accountancy without knowing anything about accounts and this applies across various fields."
101 East follows the case against Axact and its founder, as it stalls in Pakistan's courts amid accusations of witness intimidation and bribery.

PM should seek another apology from people, labourers, says Bilawal 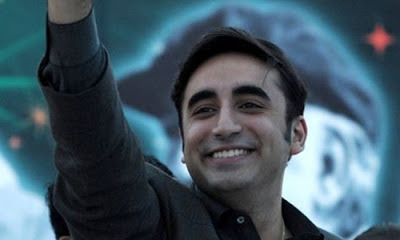 Getting China to relent on designating Jaish-e-Mohammed chief Masood Azhar a global terrorist is a major diplomatic victory for India. But New Delhi shouldn’t kid itself about having damaged Pakistan’s terror factory or treat this as another election trophy. Sustained pressure must be maintained on Islamabad to stop supporting terrorists.

The attack on special police commandos in Gadchiroli in the middle of elections puts a big question mark on BJP’s campaign pitch on national security and claims of Maoist strongholds shrinking by 60 per cent. It’s a colossal intelligence failure, with no lessons learnt from past attacks, including in Chhattisgarh.

Unlike Sri Lanka, there is no immediate security crisis or terror challenge that calls for a debate on or a demand for burqa ban in India. The country is already witnessing an over-heated and vicious election campaign. Stop raising new and unnecessary polarising issues every day. Indian voters deserve better.
https://theprint.in/50-word-edit/masood-azhars-terrorist-tag-victory-for-india-but-doesnt-mean-end-of-pakistan-terror/229748/
No comments: Links to this post

Keegan Elmer
Beijing’s decision to support UN Security Council sanctions against Jaish-e-Mohammad head Masood Azhar is a breakthrough for India-China relations. India stepped up diplomatic efforts to convince China that Azhar should be labelled a terrorist following a deadly attack in Kashmir. China has agreed to a UN Security Council push to blacklist Pakistan-based terrorist Masood Azhar, head of Pakistan-based group Jaish-e-Mohammad, in a breakthrough for India-China relations. 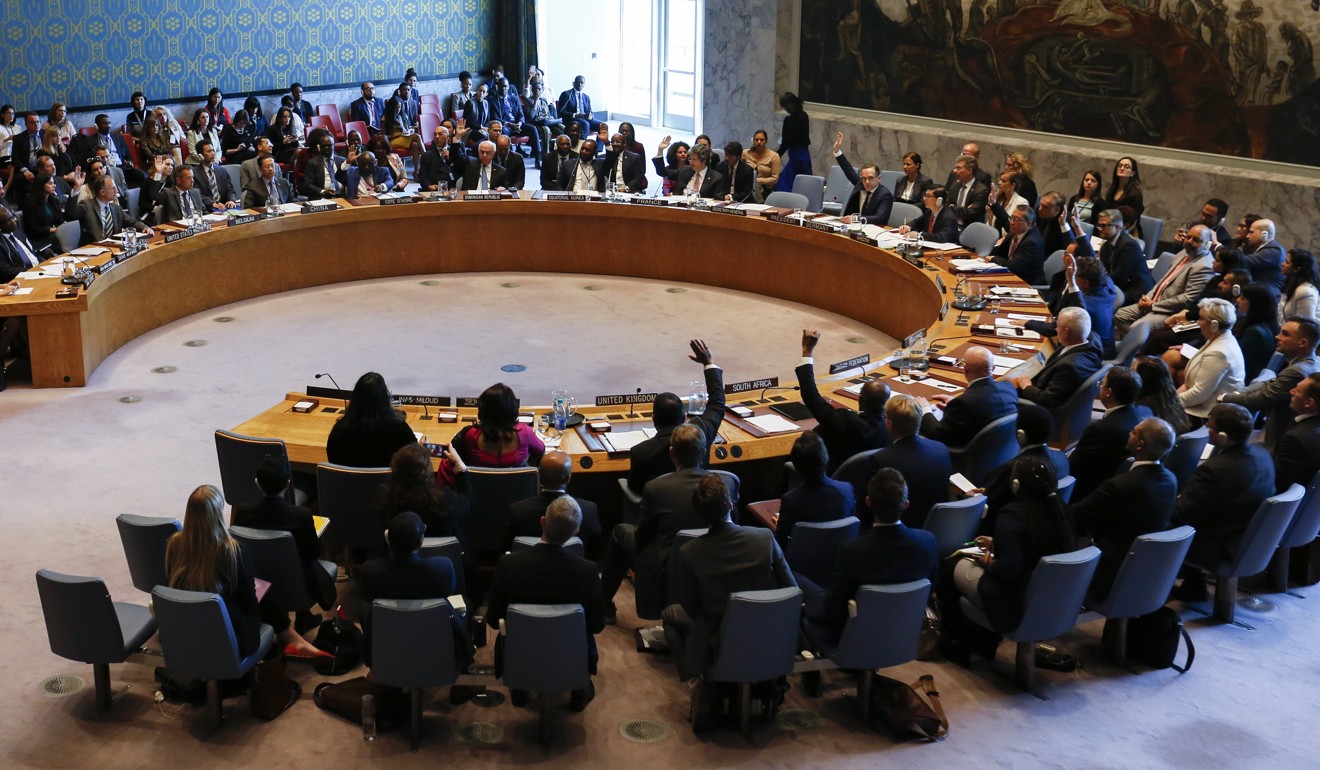 Beijing’s decision, ending a decade of opposition, came after New Delhi stepped up diplomatic efforts to convince the Chinese government that Azhar should be labelled a terrorist following a deadly terror attack in the disputed territory of Kashmir in February. Following China’s approval, the UN will issue a travel ban and arms embargo against Azhar. The move will also freeze his finances and assets. Jaish-e-Mohammad, also known as JeM, claimed responsibility for a suicide attack in Kashmir’s Pulwama district which killed 40 Indian troops.Indian Prime Minister Narendra Modi and Chinese President Xi Jinping “have developed a chemistry of trust with each other” since their meeting in Wuhan a year ago, said Madhav Nalapat, a professor of geopolitics at India’s Manipal University. Beijing’s approval of the UN sanctions “would be a win not for India or China but for the global war on terror”, he said before Beijing’s decision was announced.“Terrorists have neither a religion or a nationality, and should be opposed by all countries unitedly and in co-ordination.”
China, a permanent member of the Security Council, blocked the assembly’s move to sanction Azhar in 2016 and 2017. India first proposed the sanctions in 2009.
The United States, France and Britain put forward the proposal again in March. China vetoed that motion, but placed a “technical hold” on the decision, citing the need for more time for a “comprehensive and thorough assessment”.India’s Foreign Secretary Vijay Keshav Gokhale visited China last week, where he shared evidence of terrorist activities of JeM and Azhar and raised the issue of banning the group at the UN with China’s Foreign Minister Wang Yi.“My information is that President Xi Jinping (who has had multiple conversations with Prime Minister Modi) decided that relations with India were too important to be held hostage any longer to the pro-Pakistan lobby, and intervened to ensure that the block on the designation of Azhar as a global terrorist was removed,” Nalapat said.
“Opposition parties in India have mocked Modi for the Wuhan summit with Xi, but this move is among the fruits of Wuhan,” he said. Pakistan’s Prime Minister Imran Khan concluded a state visit to China on Sunday for the Belt and Road Forum and bilateral meetings with Chinese leaders. Xi told Khan at a meeting that he hoped Pakistan and India could “meet each other halfway” and improve their relations. Tensions flared after the Pulwama attacks, and China urged its two neighbours to exercise restraint. The attack ignited military engagement from both sides.
Indian planes conducted cross-border strikes on suspected terrorist camps, and dogfights ensued after which both sides claimed to have shot down enemy fighter jets.

Tobacco consumption in Pakistan is very high, even among children. The Ministry of National Health Services Regulations and Coordination has estimated that 1,200 children between five and 15 years of age start smoking every day in the country.
The report says there are 20 million child smokers in Pakistan. It also revealed that more than 100,000 people die every year in Pakistan from tobacco-related illnesses.
Tobacco control activists in the country are raising their concerns over Prime Minister Imran Khan receiving donations from tobacco companies. The country representative of Tobacco Free Kids, Malik Imran, believes that if PM Khan were to read some of the research done by the World Health Organization on the number of tobacco consumers, he would take action as the premier is an anti-tobacco advocate himself.
“PM Khan is committed to work against cigarette smoking,” Imran said on SAMAA TV’s show Naya Din on Thursday. “He knows it can lead to cancer,” he added.
The activist said the premier has not been properly advised by his team on whether to meet the tobacco companies. “Taking donations from the companies is a clear violation of Article 5.3 of the World Health Organisation’s (WHO) Framework Convention on Tobacco Control (FCTC),” he added.
The FCTC states that government representatives are restricted from meeting or receiving funds from tobacco companies, even as part of under Corporate Social Responsibility activities.
Imran said PM Khan may not be aware that being a signatory of the FCTC, Pakistan cannot receive any funds from tobacco companies. The government signed the FCTC in May 2004 and ratified it the same year. The FCTC is the first international treaty providing a framework for tobacco regulations.
He said that the tobacco industry is profiting as there is currently no tax levied on cigarettes, adding that even NAB is taking their revenue under consideration.
“The companies think they can get away with giving donations, but they cannot,” he added.
The role of parents and schools
Motivational speaker Shahzad Qamar believes that children are being influenced to start smoking because of their environment.
“Cigarette smoking has become very common in our society and young teenagers are being affected by it,” Qamar told SAMAA TV. He said shopkeepers should not sell cigarettes to children in school uniforms, adding that if someone sees that happening, they should stop it.
In schools, children should be taught about the health hazards of smoking and it should be a part of their curriculum. “Parents should not smoke in the house either,” he added.
Van drivers, security guards and other school staff should also not smoke in front of children, he suggested. “Smoking is the first step to addiction,” he said, adding that we need to break the misconception that cigarettes reduce stress.
The whole society should become a watchdog to stop the sale of cigarettes to underage children, urged Qamar.