Video Report - Inside Story - Is the Saudi-led coalition failing in Yemen?

Watch the Solar Eclipse Across the US | #SolarEclipse2017 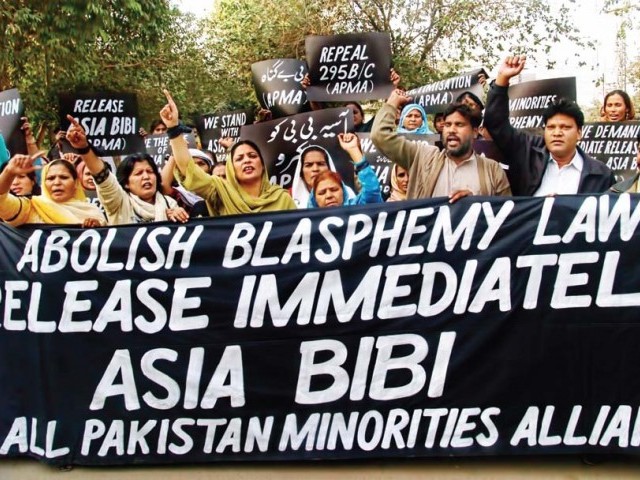 ''Blasphemy laws “invite abuse and can lead to assaults, murders, and mob attacks”''

The U.S. Commission on International Religious Freedom (USCIRF) has released a report that shows how blasphemy laws around the world fall short of international human rights benchmarks. “Respecting Rights? Measuring the World’s Blasphemy Laws” catalogs the offending laws found in a wide range of countries. In some countries, blasphemy laws are enforced weakly, if at all, yet such laws, “in both theory and practice, harm individuals and societies.” The report details laws spanning the globe from countries such as Canada and Switzerland to Iran and Indonesia with penalties ranging from fines to death. Surprisingly, more than one-third of the world’s nations have blasphemy laws today.“Religious freedom includes the right to express a full range of thoughts and beliefs, including those that others might find blasphemous,” noted USCIRF Chairman Daniel Mark. “Advocates for blasphemy laws may argue that they are needed in order to protect religious freedom, but these laws do no such thing. Blasphemy laws are wrong in principle, and they often invite abuse and lead to assaults, murders, and mob attacks. Wherever they exist, they should be repealed.”The report compared the text of blasphemy laws against such indicators as freedom of expression, freedom of religion or belief, vagueness of the law, severity of penalty, discrimination against groups, and state religion protections. Most laws in the study failed to protect freedom of expression, were vaguely worded, and carried unduly harsh penalties for violators.In all five of the worst-scoring countries (Iran, Pakistan, Yemen, Somalia, and Qatar), the blasphemy laws aim to protect the state religion of Islam in a way that impermissibly discriminates among different groups. When societies wish to defend people of faith from speech that offends them, private citizens must act, not the government, and they must act peacefully, never with violence. In such cases, solidarity across faiths can be a powerful tool for promoting tolerance and mutual respect.“Though implementation varies, countries from Switzerland to Sudan persist in outlawing expression of views deemed ‘blasphemous’,” said Chairman Mark. “Some countries, including Canada, have such laws but do not actively enforce them. We call upon those countries to set an example for the others and repeal their blasphemy laws. And we call upon all countries to repeal any such laws and to free those detained or convicted for blasphemy.” 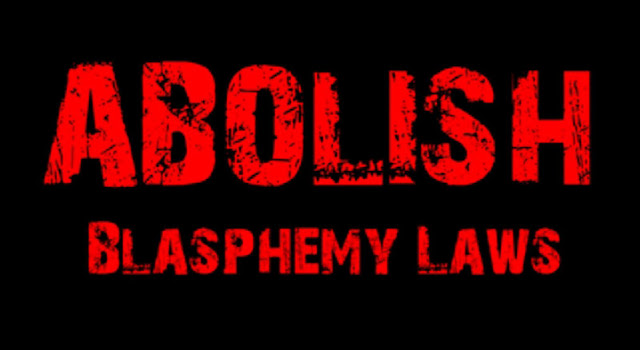 A Christian Pakistani teenager narrowly avoided being beaten to death after being accused of burning a Quran, according to reports.
The 16-year-old had to be rescued by officers after a mob broke into a police station to try and kill him.
Asif Stephen worked collecting recyclables from the shrine of Sundhay Shah, Jhamkay, where it was alleged he stole a copy of the Quran and burned it.
He was detained under the country’s blasphemy laws, among the most stringent in the world. But his family said a rival hawker, Muhammad Nawaz, falsely accused the boy in order to eliminate him as a business rival. The Quran was found burned in July but earlier this month Mr Nawaz accosted Mr Stephen in a market place and shouted that he had caught the person who burned the Quran, it is said.
“Qari Rana Arshid, who’s the pesh imam at a mosque, arrived there and without confirming anything, he too started beating up my son,” said Stephen Masih, the teenager’s father, to the Express Tribune.
The police arrived at the scene and took Mr Stephen into custody. But the mob, led by the imam, broke into the facility and began to attack the boy further, it is reported.
The police were forced to call for reinforcements to save his life from the crowd.
“The police saved him from the enraged mob,” sub-inspector Pervez Iqbal told the newspaper.
“His family should be grateful to the police. The mob surrounded the police station but we pacified the protesters with the help of the notables of the area.”
Christians in Pakistan, a deeply conservative majority Muslim country, are common targets for discrimination and violence.
Open Doors, a group which campaigns for the rights of persecuted Christians around the world, has ranked Pakistan as the fourth most dangerous country on earth for members of the religion.
Blasphemy laws are often used against Christians.
“If you are accused of having insulted Islam in any way, your life is in danger,” the group said.
In Easter 2016, at least 75 people were killed when a Taliban suicide bombing targeted Christians in a park in Lahore.

Vice President PPPP Senator Sherry Rehman regretted that the government has no intention of giving relief or paying attention to the real issues  of the people of Pakistan, including loadshedding, water security or the entitlement to food. This government has clearly other priorities as it has failed to keep the promises it made in 2013 to light up Pakistan, let alone feed Pakistan ”, she added.
The Senator added that, ” it is shocking that  no funds have so far been released for the all-important ‘Energy for All’ and ‘Clean Drinking Water for All’ initiatives. Instead of working towards securing energy, food and water projects, the government has disbursed all the funds earmarked for parliamentarians’ development schemes. It’s priorities are clearly another kind of politics from the kind we need or believe in. It is indeed tragic that we left a wheat secure country in 2013, and that too has been allowed to slide ”.
Addressing a Senate Motion on Food & Security today, the Senator informed the House that “6 out of 10 citizens in Pakistan are food insecure and almost 50% women and  specifically children under 5 are malnourished. It is also shocking to witness that an estimated 50% of the population is without access to clean drinking water. The Federal government is either unaware of the facts or is criminally negligent !”
“Since 2013, the citizens of Pakistan have been deprived of almost every basic necessity, as the government has done nothing but deceived our nation with false  promises,” said Rehman.
“It is shocking and shameful that this government after four years of full powers, does not have a consistent and coherent food, water of energy security policy framework, nor does it seem to be bothered by our nation’s slide into mass poverty. If we see the performance of this government since the last 4 years, it has done little or nothing to invest in development projects which directly benefit the poor and the vulnerable.
“There is only one conclusion that can be drawn from looking at all this inaction and hierarchy of priorities taken by the government that it has no interest in ensuring our fundamental entitlements. Pakistan deserves better than this, concluded the Senator.
https://mediacellppp.wordpress.com/2017/08/21/govt-fails-to-provide-relief-in-4-years-sherry-rehman/
No comments: Links to this post 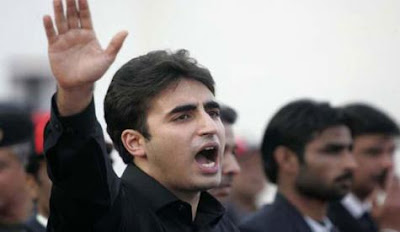 Opposition Leader in National Assembly Khursheed Shah advised former prime minister Nawaz Sharif on Monday to appear before the courts for complete accountability, adding that the Pakistan Muslim League-Nawaz leader always advised others to respect the judiciary.
Talking to Geo News inside his chamber, he said that the former prime minister is playing a dangerous game.
Shah said that despite the National Accountability Bureau’s (NAB) summons, Nawaz Sharif and his family members did not present themselves before the authorities.
The court can order the arrest of the Sharif family through the army, claimed Shah.
While responding to a question, Shah said that if there is a demand to make the Dawn Leaks report public then the Model Town incident report should be made public as well.
"Nisar was praising himself like an Australian parrot," said Shah in an apparent jibe aimed at the former interior minister Nisar Ali Khan's press conference on Sunday.
Nisar in his press conference said that he refused to be part of the new cabinet over “difference of opinion” reiterating, however, that he will continue being a member of PML-N.
Meanwhile, the NAB has decided to send another notice to the Sharifs before filing a case in the Supreme Court that is likely to issue arrest warrants for the family members, sources said.
Earlier, the bureau had decided to not to send further notices to members of the Sharif family.
The bureau is pursuing several corruption references against former prime minister Nawaz Sharif’s family, Finance Minister Ishaq Dar and others in light of the Supreme Court’s July 28 judgment in the Panama Papers case.
https://www.geo.tv/latest/154594-shah-advises-nawaz-to-appear-before-courts
No comments: Links to this post