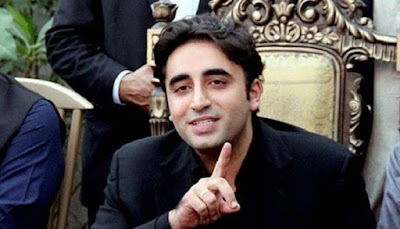 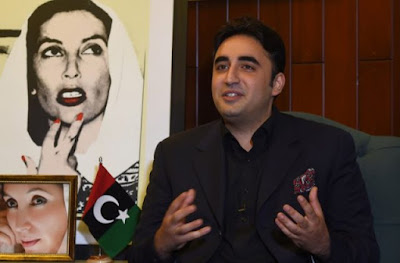 “Chairman PPP Bilawal Bhutto Zardari had decided along with other opposition parties to attend the National Assembly and listen to the budget speech with due attention today. This decision was taken despite the fact that the it was likely to be a IMF-imposed budget and despite witch hunting and a reign of terror let lose by the puppet government against the opposition leaders in the name of accountability. Chairman PPP was even ready to applaud the government if the budget turned out to be people friendly and provided the much needed relief to the people groaning under poverty, inflation and unemployment.
Copies of the budget speech were not provided to the opposition members and so the Chairman PPP had to sit to listen as the speech unfolded. When the part about taxation came the Chairman PPP was horrified that instead of providing relief a tsunami of taxes had been unleashed on the hapless people. It was clear that as a result of new taxation measures a number of enterprises  will find it difficult to do business and inflation and unemployment will further increase. The worst fears that it was going to be an IMF-dictated budget had come true.
The Spokesperson said that Mr. Bilawal Bhutto Zardari recalled that the government had made promises of providing 10 million jobs and five million houses but the taxation measures were not anywhere near to achieving the promised objectives. He also recalled that the Speaker National Assembly had failed to take notice of the attack on female members of the House recently.
Furthermore, production orders had not been issued for the elected members of the House from North and South Waziristan districts in KP province, from Benazirabad in Sindh and from Lahore to come to the House. Depriving them of the opportunity to represent their respective constituents at a time when plan for resource allocations and other measures was being presented in the National Parliament the Speaker has failed to act as a neutral custodian of the House, Senator Mustafa Khokhar quoted the Chairman PPP as saying.
Deeply concerned about the inability of the Speaker National Assembly to be a non partisan custodian of the House the Chairman PPP has reiterated his demand that the Speaker step down from his office as Speaker, Mustafa Khjokhar said.
Chairman PPP also is also gravely disappointed with the sheer ineptness and incompetence of the puppet government in preparing a people friendly budget and in taking a foreign dictated budget hook line and sinker. Chairman PPP further believes that the puppet government had totally lost even a shred of moral and political justification to continue in office that it may have had until now, the Spokesperson said
Chairman PPP demands once again that production orders be issued for former President Asif Ali Zardari and MNAs Ali Wazir, Mohsin Dawar and Khawaja Saad Rafique, the Spokesperson said.
https://mediacellppp.wordpress.com/2019/06/11/chairman-ppp-demands-resignation-of-speaker-says-fears-of-imf-dictated-budget-come-true-puppet-government-had-no-justification-to-rule/
No comments: Links to this post

'Shutting down' terror camps is an old Pakistan trick, don’t fall for it

The FATF threats have produced a temporary shutting down and freezing for terror infrastructure, but all that has been done is reversible. There is not a single irreversible action here.

If the news is to be believed then the crippling economic pressure that has seen the Pakistani Rupee crash to 151 to the Dollar, a severe balance of payments and liquidity crisis, China withholding aid, and pressure from the Financial Action Terror Force (FATF) have forced the Pakistanis to seemingly abandon their terror infrastructure. Sadly once we start unpacking the details, we find that this may just be another merry-go-round that the Pakistanis have taken us for.
The last time Pakistan was under such intense pressure was in 2001. In the aftermath of the September 11 attacks the United States threatened to “bomb them into the Stone Age” if they didn’t comply with US demands. Initial US demands in return for the lifting of sanctions (owing to General Musharraf’s coup) involved not just abandoning the Taliban but also abandoning the terror infrastructure used against India.
Initially Pakistan seemed to comply. However in December 2001 it launched its most audacious attack against India, sending terrorists to attack Parliament. India, we can say with the benefit of hindsight, reacted exactly the way Pakistan wanted: A massive military build-up that seemed to threaten an all-out war. The Indian calculus was that Pakistan was on its knees, the Pakistani calculus was that it could use the Indian threat to soften the US’ demands.
What happened then was that even though Musharraf gave a conciliatory speech saying terror would be abandoned, in private he convinced the Americans that these “auxiliaries” were needed against the “Indian threat”. This was hardly surprising as in November the same year, the US had allowed a dozen Pakistani C-130 aircraft to evacuate hundreds of foreign fighters from Kunduz, even though many of them could have been involved in the 9/11 attacks just two months prior.
Fast forward 18 years to 2019, the situation is less dire.
First: Pakistan doesn’t face an existential threat the way it did in 2001 on two fronts. Moreover as many Pakistanis like to boast ‘80-90% of Pakistan runs on an informal economy’ and the elites anyway have a pied-de-terre in Dubai, Saudi Arabia, London or the US, where they can easily ride out the storm. Unlike in 2001 when the US was enraged and would have gone after dual Pakistani citizens in other countries, today that threat doesn’t exist.
Second: when the International Monetary Fund (IMF) agreed to a $6 billion bailout, we can be almost certain, that the behind the scenes negotiations would have more to do with political benefits for the European and US governments rather than political benefits to India. After all, why would Europe spend $6 billion to end terror in India, when they have more pressing concerns such as Afghanistan?
Third: At some time between 2007 to 2009 China’s leadership decided firmly that Pakistan was too valuable an ally in destabilising the region. On one hand it decided to go the whole hog in cracking down on any form of religiosity in its Muslim Uighur population, but also now extending to the integrated Hui.
On the other it committed itself to happily allowing Pakistan to play the Islamic terrorist pyromaniac card, something that bogged the US down in Afghanistan, costing over a trillion dollars with nothing to show for. China is definitely not holding back funds because it is upset with Pakistani-sponsored terrorism. China is holding back funds over what it perceives as Pakistani obstructionism and deceit in the completion of the China-Pakistan Economic Corridor (CPEC). Increasingly landowners are holding the CPEC infrastructure products to ransom, demanding more and more money and making the initial costs rise. Despite their public rhetoric, Pakistani elites fear the Chinese who unlike the pliable woolly-headed, messiah complex Americans, don’t swallow their regurgitated sob stories. In fact in most private interactions Pakistani’s are adamant that they will not get into a Chinese debt trap and will not let the CPEC be completed in the hope China will just throw its hands up and leave in desperation writing off the sunk costs.
Fourth: The FATF threats have produced a temporary shutting down and freezing for terror infrastructure, but all that has been done is reversible. There is not a single irreversible action here. Essentially just enough make up to fool the FATF and get a breather.
Cumulatively, it may seem to Indians that the camel’s back is broken, but separating the threads we realise Pakistan is doing what it has always excelled at — atomic balancing of disparate elements to its advantage. The danger is that if Pakistan sees these disparate entities coordinate and present an existential threat a la 2001, Pakistan will react as it did in 2001: It will launch some audacious attack on India, designed to solicit a fierce Indian response, fierce enough to force its other debtors to back off for fear of either nuclear war or nuclear weapons falling into the hands of terrorists. Basically if anyone thinks Pakistan has ‘turned a new leaf’, shame on you because you’ve been fooled for the bazillionth time.
https://www.moneycontrol.com/news/world/politics-shutting-down-terror-camps-is-an-old-pakistan-trick-dont-fall-for-it-4084231.html
No comments: Links to this post