Video - Sanders on Trump: "This guy lies all the time" 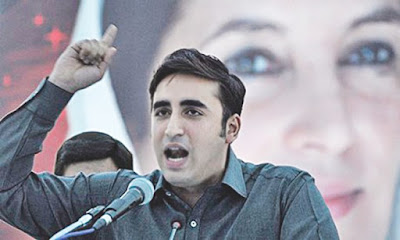 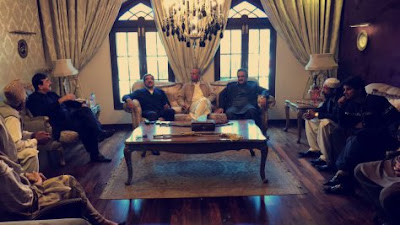 Establishment of Seraiki province is the topmost priority of Pakistan Peoples Party. PPP Chairperson Bilawal Bhutto Zardari will formally announce the party’s manifesto in the upcoming procession which would be held in Multan on March 10. He was addressing the media men.
This was said by former prime minister Yousaf Raza Gillani while addressing the journalists at Fort Qasim Stadium in Multan on Thursday. He added the procession would prove a ‘game changer’ for the people of South Punjab.
Yousaf Raza Gillani said previous governments completely neglected the people of South Punjab. “If the issues of South Punjab are highlighted in the corridors of power, its credit goes to Pakistan Peoples Party which became the voice of the people,” he added. He said, “The importance of this region can now be judged from the fact that prime minister and chief minister are also concerned about the development of this region.”
While speaking about USA’s immigration ban on seven Muslim countries, he said Trump administration should revisit its polices because American citizens and its apex court itself turned down Trump’s policies. “Every Muslim is not a terrorist,” he said.
He maintained Pakistan should highlight the role of Islam in its foreign policy. “We must tell the world that Islam is a religion of peace and tolerance. There is a dire need to remove the label of terrorism which has been imposed by West,” he said.
The PPP leader pointed out next in line to fall on this immigration ban would be Pakistan and Afghanistan. “Pakistan must play its role to defend Islam and Muslims.”
Gillani said Peoples Party has always held constitution, judiciary and state institutions in high regard. He said PPP will accept the decision of Supreme Court regarding Panama papers.
https://ppppunjab.wordpress.com/2017/02/10/creation-of-seraiki-province-ppps-priority/
No comments:

The passage of the Alternative Dispute Resolution Bill, 2016, recently by the National Assembly might have let the judiciary take a sigh of relief.
A parallel legal system has been authorised by legislative corridors to help it rid of the backlog of cases, the resolution of which it had lackadaisical approach towards and for which it was getting a lot of flak. But there is a flip side to this bill. It is going to legalise primitive justice dispensation models like Jirga and Panchayat system in the country. Both these justice dispensing models are still followed in far flung areas of Pakistan, and they have a poor record of catering justice to women.
Because of this nonchalant approach on the part of government towards women concerns in the bill, women empowerment activists all over Pakistan have raised voice against the discriminatory nature of the bill. The passage of the bill, not only reflects the complacent approach of the government toward injustices meted out to women through these archaic models, but may also put in question Pakistan’s commitment to uphold the Convention on Elimination of All Forms of Discrimination against Women (CEDAW), an international treaty to which Pakistan acceded in 1996 and which obliges all states, which are party to the treaty, to make sure through legislation that women are not discriminated.
For readers’ convenience, CEDAW is an international convention aimed at developing an international norm of “non-discrimination on the basis of sex”. It was adopted by the United Nations General Assembly on December 19, 1979, and came into force on September 3, 1981. The convention has currently 165 ratifications and accessions. The main aim of the convention is to make it obligatory upon the states, which are party to the treaty, to not only ensure equality but also take a stand against women discrimination.
Article 2 of the CEDAW obliges all states party to the convention that they condemn discrimination against women in all forms and agree to introduce policies that curb discrimination against women. Moreover, clauses a, b, c, d, e and f of Article 2 not only ask states to provide legal protection and sanctions through national tribunals and public institutions but also abolish all those laws and practices that discriminate against women.
In the face of Article 2 of CEDAW, the passage of the Alternate Dispute Resolution Bill 2016, in which Jirga and Panchayat system have been legalised, is a blatant violation on the part of Pakistan to pledges that it had made to the international community while becoming a party to CEDAW.
It is because if there is one take away lesson from the overall past trajectory of Jirga and Panchayat system in Pakistan, that the arbitrary nature of both justice dispensation models has proved discriminatory towards women.
Sabrina Khan, a woman rights activist, in one of her articles published in ‘Criterion Quarterly’, writes, “The traditional Jirga system stands in the way of the democratisation of the family. It takes the law into its own hand and has been particularly discriminatory towards women. The latter are often used as compensation or for the settlement of family disputes. The clan’s decision is above all laws.
This has resulted in the humiliation and the victimization of women. Their fate is determined by a few men who make all the decisions on their behalf. Females have no option other than to abide by these decisions as any resistance on their part can have severe consequences including death. ”
In order to make the current legal system responsive to present-day requirements of the society, to help judicial system get rid of the backlog of cases and to introduce time-efficient, cost-effective and strictly confidential way of resolving disputes amicably, introduction of alternate dispute resolution mechanism is the need of the hour. Many other countries have supplemented services of the court with alternate dispute resolution mechanisms.
The superior judiciary in Pakistan has, time and again, drawn our attention in this direction. In his farewell speech, last December, Chief Justice Anwar Zaheer Jamali said, “one of the solutions to this problem in civil litigation, used by other countries is to resort to alternative dispute resolution.
” But can Pakistan afford to have a parallel legal system in the form of an alternate dispute resolution mechanism with society steeped in patriarchal values? This is a big question of concern for all those in Pakistan who believe in gender inclusive society and want Pakistan to implement CEDAW in letter and spirit, which it signed as a sovereign and democractic country.

The Haqqani Network continues to pose the greatest threat to US troops in Afghanistan, a top US commander based in the war torn country said in Washington underlining the terror outfit uses Pakistan as a safe haven and remains America’s principal concern.“The Haqqanis still pose greatest threat to Americans and to our coalition partners and to the Afghans,” General John Nicholson, Commander of US and Nato forces in Afghanistan, told reporters during a news conference here on Saturday.
“The Haqqanis hold five American citizens hostages right now. I think this is worth remembering as we think about the Haqqani Network. They remain a principal concern of ours. And they do enjoy sanctuary inside Pakistan,” Nicholson said during a Pentagon news conference.
Nicholson said he is looking forward to meeting the new Pakistani Chief of Army Staff (COAS) General Qamar Javed Bajwa. “I’ll meet him upon my return to the region next week,” he said.
“There are many areas of mutual cooperation with the Pakistanis with respect to the border, our joint efforts against terrorism and so forth. So we’re looking forward to working closely with them going forward,” he said. Nicholson said the Afghan security forces have a hold on approximately 64 percent of the population. This is down slightly from his 68 percent that he talked about in September.
“The decrease has not meant more control to the Taliban. We see them still holding ess than 10 percent of the population. More of the country, slightly more is now contested. They still hold roughly two-thirds of the population. The enemy holds less than 10 percent and the balance is contested,” he said. Nicholson said since the start of the Taliban’s campaign in April, the Afghan security forces have prevented them from accomplishing their strategic objectives.
“They’ve been unable to mass because of air power, both Afghan and coalition air power, and therefore they resorted to small scale attacks on checkpoints around cities in attempts to isolate the cities and create panic,” he said.
Expressing concern about the stability of the Afghan government going forward, he said his message to Afghan partners and members of the political opposition is that the US respects their political process.
“Second concern would be the malign influence of external actors and particularly Pakistan, Russia and Iran. We are concerned about the external enablement of the insurgent or terrorist groups inside Afghanistan in particular where they enjoy sanctuary or support from outside governments,” Nicholson said.
“We are concerned about the convergence of these terrorist groups. I mentioned the 20 groups, 13 in Afghanistan, seven in Pakistan. The morphing of these groups into more virulent strains or the fact that sometimes they cooperate and then the whole becomes greater than the sum of the parts,” he said.
No comments:

U.S. general calls for review of relationship with Pakistan

By Idrees Ali and Phil Stewart
The top U.S. commander in Afghanistan said on Thursday that there was a need for a "holistic review" of the relationship with Pakistan, potentially opening the door for a new approach to one of America's most vexing alliances.
Experts said the remarks by Army General John Nicholson, who leads U.S. and international forces in Afghanistan, could signal a harsher policy toward Pakistan under President Donald Trump's administration.
However, they warned that such an approach could be a high-risk strategy that could threaten the long-term stability of the region.
"Our complex relationship with Pakistan is best assessed through a holistic review," Nicholson told the Senate Armed Services Committee.
He added that ties with Pakistan would be a priority in his discussions with U.S. Defense Secretary James Mattis and the White House, which has given little details on its strategy in Afghanistan and Pakistan.
The United States has cut both military and economic aid to Pakistan sharply in recent years, reflecting mounting frustration among a growing number of officials with the country's support for the Taliban in neighbouring Afghanistan.
"The tools that will get Pakistan to hurt so badly, that it would want to do what the U.S. is asking, is a very high-risk proposition in terms of what happens within Pakistan," said Moeed Yusuf, the associate vice president of the Asia Center at the United States Institute of Peace.
Yusuf said the review would likely lead to a harsher U.S. policy toward Pakistan and could include looking at reducing the level of economic assistance and military support, increasing the number of drone strikes along the border between Afghanistan and Pakistan, and sanctions against Pakistani individuals.
"U.S. policy makers, deep down inside, they realise Pakistan is more important than Afghanistan in the long term," Yusuf said.
A report released earlier this week from the Hudson Institute, a Washington-based think tank, called for a new U.S. approach to Pakistan with the Trump administration making it "more and more costly for Pakistani leaders to employ a strategy of supporting terrorist proxies to achieve regional strategic goals."
Nicholson's comments on Pakistan come as Afghan government forces control no more than two-thirds of national territory, and have struggled to contain the Taliban insurgency since the bulk of NATO soldiers withdrew at the end of 2014.