By Gautam Chikermane
There is a deeper politics at play here, a politics of negotiation and a transaction of international power games that is diluting the dangers of Pakistan’s brazen state-sponsored terrorism.
How long will the International Monetary Fund (IMF) continue to brush the world’s greatest problem of terrorism under the carpet of economics? For Pakistan, the two are joined at the hip — a deep state that creates, nourishes and exports terrorism from its soil as a state policy, while thriving on doles received from the US, China and multilateral institutions such as the IMF, the World Bank, and the Asian Development Bank. There is a deeper politics at play here, a politics of negotiation and a transaction of international power games that is diluting the dangers of Pakistan’s brazen state-sponsored terrorism.
The IMF’s 12 May 2019 press release follows this trajectory. For a state, whose sole achievement has been to become the hub of global terror, it is surprising that the T-word almost didn’t make the grade — it is carefully tucked away, almost incognito, in the seventh out of an eight-paragraph press release, virtually invisible. The release talks about a $6 billion loan (a 39-month extended fund arrangement), country’s 13th programme in the past few decades, and holds forth on the reforms Pakistan must undertake. This, when the country already owes $5.8 billion to the IMF from past bailouts, of which it has completed the programme only once.
“Priority areas include improving the management of public enterprises, strengthening institutions and governance, continuing anti-money laundering and combating the financing of terrorism efforts, creating a more favourable business environment, and facilitating trade,” the IMF release states. Further, the loan comes with several growth catalysing conditions attached. These include:
The humiliation of the IMF dictating how a nation should deliver economic governance aside, none of these are easy. If Pakistan moves to a market-determined exchange rate, for instance, its currency will crash further, after having fallen by 22% over the past 12 months, and 35% over the past 24 months. A further depreciation of the Pakistani rupee would mean the cost of servicing its foreign debt will rise. What Pakistan may face soon is a debt trap, a condition where the country will need to borrow to pay interest, the principal remaining untouched. To put this in perspective, it is only a matter of days and a depreciation of just 2% for the currency-adjusted GDP of Pakistan, currently at $280 billion, to fall below Bangladesh’s $274 billion.
Further, if inflation needs to be brought down using monetary policy, it can only be done by hiking interest rates. Here too, the economy is under severe pressure — the policy rate stands at 11.25% today, it was 7% last year, and less than 6.5% two years ago. The 20% fall in Pakistan’s market, the Karachi Stock Exchange KSE30, over the past 12 months is a sign that takes both these factors, a falling currency and a rising interest rate regime, into account. Clearly, even as the IMF is entering Pakistan, smart money is exiting its markets. The IMF is hoping for reforms, investors know Pakistan will not eschew its past habits.
A beggarly situation is not new to this country. Between 1948 and 1953, the US provided $121 million CV economic assistance to Pakistan, writes Husain Haqqani in his fascinating book, Reimagining Pakistan: Transforming a Dysfunctional Nuclear State. This rose to more than $45 billion between 1954 and 2017. US aid has been augmented by concessional loans from other developed countries, including the ‘Paris Club’, and multilateral institutions. “On several occasions, Pakistan’s usefulness to the US in the strategic realm determined the lenders’ decision to provide debt relief,” Haqqani writes.
Now that the US is receding, the space for financial assistance from the West is reducing. Can China fill in the vacuum left by the US? Strategically, the geography of Pakistan to China is as important, if not more, as it was to the US. China seeks to control the rise of India, and where Pakistan, its ‘Iron Brother’ and partner-in-hate, is a willing geography provider. The China-Pakistan Economic Corridor needs to be seen in this light — a geography-for-alms transaction, where Pakistan provides strategic geography through the corridor that passes through Balochistan, a politically volatile province seeking independence from Pakistan, right up to the Gwadar Port, while China provides the alms to support the military-terrorist deep state as a fence against India.
What is surprising is the fact that while the US has been suspicious of the IMF loan being used by Pakistan to repay “debts incurred from predatory Chinese infrastructure projects,” there has been no public assurance to the contrary so far. On the contrary, the world is seeking greater transparency of Pakistan’s debt to China, which suits neither of them. Even if Pakistan assures the world that it will not divert funds to China, it may use them to invest in and strengthen its terrorist infrastructure.
A saving grace comes in the form of the IMF loan being incumbent upon timely implementation of “prior actions.” The world can only hope that this precondition is met. The stakes of international negotiations and power plays must not overpower the need for terror-free coexistence. Otherwise, by restricting itself to economic indicators, the IMF risks becoming a partner that ends up funding Pakistan’s terror activities.
https://www.eurasiareview.com/16052019-imfs-6-billion-loan-to-pakistan-risks-supporting-its-terror-infrastructure-oped/
No comments: Links to this post 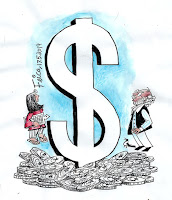 Pakistan’s economy is on the brink of collapse, and the IMF sanctioned a $6 billion loan last week on the condition that the rupee be left to perform freely.

The Pakistani rupee touched a record low of Rs 150 per US dollar Friday, increasing the pressure on Prime Minister Imran Khan to stabilise the country’s economy and tame its spiralling currency. The day before, when the value had touched Rs 148 to the dollar in the inter-bank market, Khan had asked currency dealers to lower the rate. The government had also informed dealers that stringent action would be taken against those who were found selling dollars at expensive rates.
“The Pakistani government has long kept currency under its control while manipulating its real value. But now it is no longer possible with the IMF watching over it,” a high-ranking Indian official told ThePrint, requesting anonymity.
The official said one of the main conditions that the IMF had put on Pakistan before it agreed to grant a $6 billion loan to Islamabad last week was to keep the rupee performing “freely as per the market conditions”. This loan, the 13th of its kind, was granted to save Pakistan’s economy from collapsing.According to diplomatic sources, Khan’s government is now planning measures such as raising interest rates and announcing massive austerity measures to stabilise the economy.
Bleak outlook
Abid Qamar, spokesperson for Pakistan’s central bank, said in a statement Thursday that the value of the rupee reflects demand and supply conditions in the foreign exchange market, and that it would help in “correcting market imbalances”.
The IMF had said on 12 May that a “market-determined exchange rate” would help the Pakistani economy.
However, renowned Pakistani economist Kaiser Bengali, the former adviser to Sindh and Balochistan, recently said in a lecture to the Arts Council of Pakistan that “the World Bank and the IMF have taken over total control of the Pakistani economy and have established their stranglehold on it”.
Meanwhile, the Pakistani government has announced the creation of a body headed by PM Khan’s adviser on finance Hafeez Shaikh to only focus on the rupee and its impact on the economy.
The committee has been asked to ascertain whether the provision of carrying $10,000 for anyone travelling abroad from Pakistan can be slashed to $3,000.
Amit Bhandari, fellow at Mumbai-based think tank Gateway House, predicts a bleak future for the Pakistani rupee.
“I can clearly say that the Pakistani rupee will come to a level of Rs 200 against the dollar in the next three years. The IMF had made it clear to Pakistan before the loan was signed that its central bank has to let the rupee flow freely,” said Bhandari, who analyses the Pakistani economy closely.
Reforms needed
Bhandari added that the Pakistani government has kept a fixed exchange rate to keep the currency under control, and said while foreign remittances by Pakistani expatriates that amount to around $20 billion may help in stabilising the dwindling economy to some extent, as a long-term measure, Islamabad has to gradually cut down on its military spending.Meanwhile, Nisha Taneja of the Indian Council for Research on International Economic Relations (ICRIER) said Pakistan needs reforms.“To be able to negotiate the package with the IMF, Pakistan needs to demonstrate that it can take reform measures. Devaluation is only one of the many steps that Pakistan has taken. Raising tax revenues will be far tougher for the government.”
Taneja, who has been spearheading efforts to normalise trading relations between India and Pakistan, added: “A slew of other reform measures need to be implemented if Pakistan is negotiating a loan with the IMF.”
No comments: Links to this post 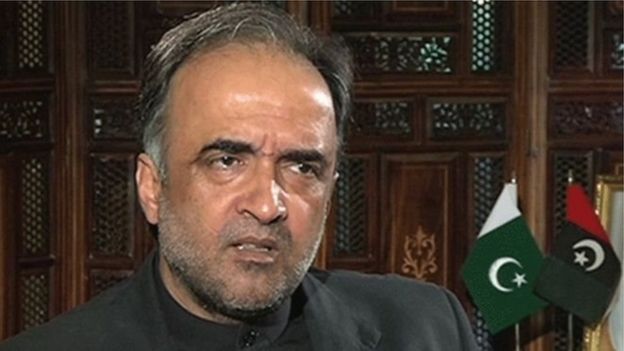 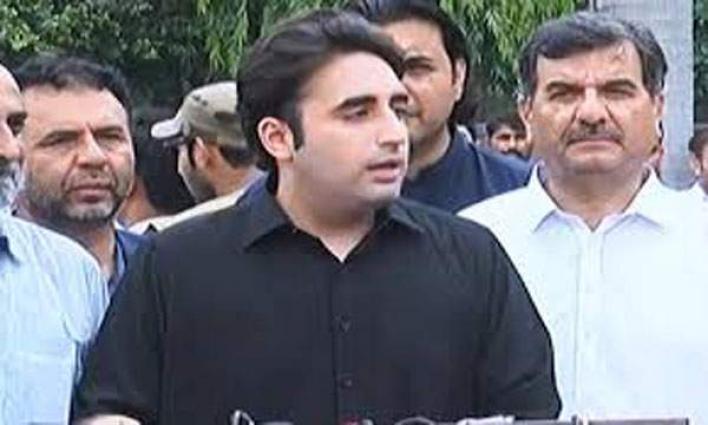 "All the political activities will be suspended on Saturday" Bilwal Bhutto said in a statement issued by the party secretariat.
He said that PPP and Bhutto family was standing with Kaira in the hour of distress.
Talking to APP PPP Punjab general secretary Chaudhry Manzoor Ahmed said that the funeral prayer of Usama Qamar would be offered on Saturday at 3 pm in the ground of link school near main grand trunk (GT) road Lalamusa.
No comments: Links to this post

PPP leader Qamar Zaman Kaira’s son, Usama Qamar, was killed in a road accident in Gujrat’s Lala Musa on Friday.
A PPP spokesperson said Usama’s car crashed into a tree. He was on his way to Islamabad.
Usama was studying at a college in Lahore. Qamar Zaman received news of his son’s death during a press conference in Islamabad.
Prime Minister Imran Khan, opposition leader Shehbaz Sharif, PPP’s Bilawal Bhutto and Asif Ali Zardari and other politicians offered their condolences to Qamar Zaman and his family over the tragic demise of Usama.
Condolences for Qamar and his family have also started pouring in from PPP leaders and others on Twitter.

We are all devastated by this news. He was in the middle of a press con when he heard! It’s a terrible loss for any parent and family. May God give @QamarZamanPPP the strength and fortitude to bear this tragedy.

145 people are talking about this

Really saddened to hear the demise of @QamarKairaPPP 's son Osama, in a traffic accident. He was a student at GC Lahore, the accident took place at Lala Musa.
Let's all pray for him, May Allah bless his soul and give patience to his family. Ameen.
Such a young boy, very sad!

975 people are talking about this

I am very sad to know about the accident and demise of Qamar Zaman Kaira’s son. Extremely tragic news to share. My deepest condolences with @QamarKairaPPP Sahib and family.
May Allah grant them sabar to bear this loss.
My heart and thoughts is with them now 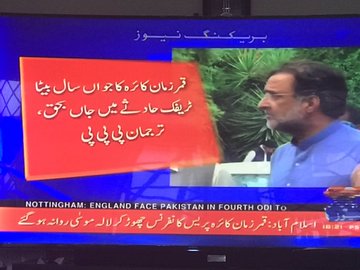 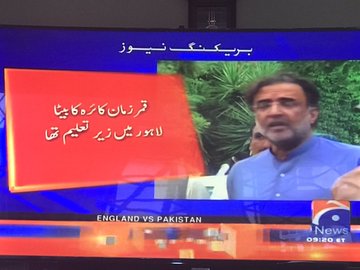 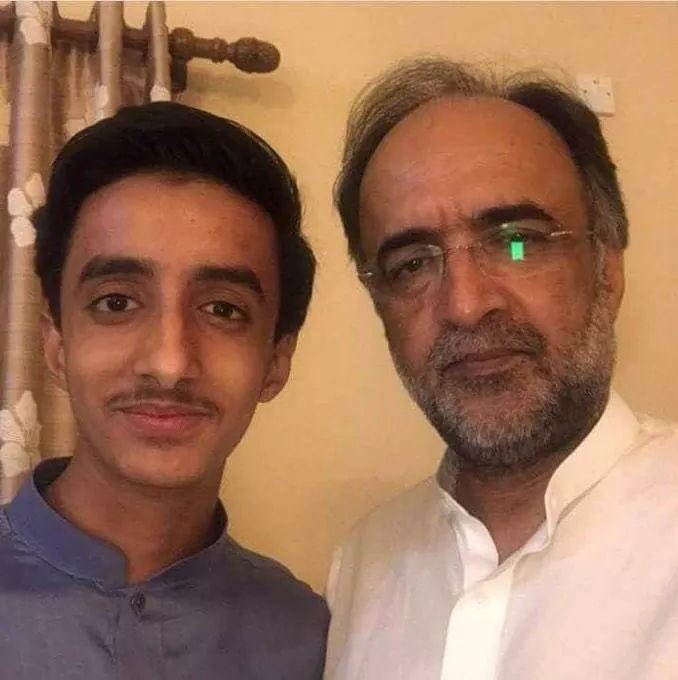 50 people are talking about this
No comments: Links to this post