India in Afghanistan After the Soviet Withdrawal 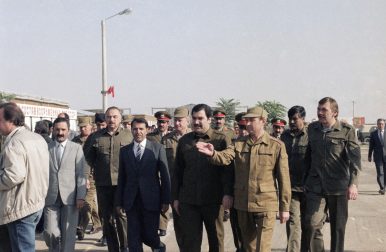 Doctors boycotted the outpatient departments at all government hospitals across Khyber Pakhtunkhwa Wednesday after an associate professor was beaten allegedly by Health Minister Hisham Inamullah Khan.
According to the KP Doctors Council, their primary demand was that an FIR be registered against the beating of Dr Ziauddin and a judicial inquiry be opened against Inamullah Khan. Dr Ziauddin works at Khyber Teaching Hospital.
The minister and his guard beat the assistant professor during a meeting of the hospital board of governors.
Dr Ziauddin and the minister shouted at each other during the meeting.
The minister claimed, however, that Nausherwan Burki, a cousin of Prime Minister Imran Khan, was egged by young doctors.
Inamullah Khan has said that when he reached the hospital to inquire further, he too was attacked. He claimed that Dr Ziauddin had attacked him but he was saved by his bodyguards.
A case has been later registered against Dr Ziauddin on the minister’s request. The police have arrested four young doctors after identifying them from CCTV footage of egging Burki.
Chief Minister Mahmood Khan summoned a report after ordering an immediate inquiry.
https://www.samaa.tv/news/2019/05/peshawar-doctors-boycott-opds-after-brawl-with-health-minister/
2 comments: Links to this post 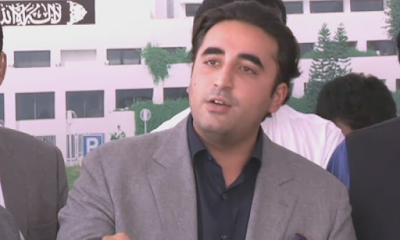 Pakistan People’s Party (PPP) chairman Bilawal Bhutto Zardari has responded to the letter of National Accountability Bureau (NAB), Chief Minister’s Advisor on Information Barrister Murtaza Wahab has confirmed.
In the letter, Bilawal writes he could not appear before the anti-graft body on May 17 owing to some crucial engagements.
Bilawal Bhutto Zardari urged the NAB to set any date in the next week so that he could appear before it.The advisor said “PPP chairman he received letter from NAB on May 13. The letter was written on May 08.”
No comments: Links to this post