Video - Are America and Iran on the Brink of War? | The Daily Show

Video Report - Who will hold Saudi Arabia accountable for the murder of Jamal Khashoggi? | Inside Story 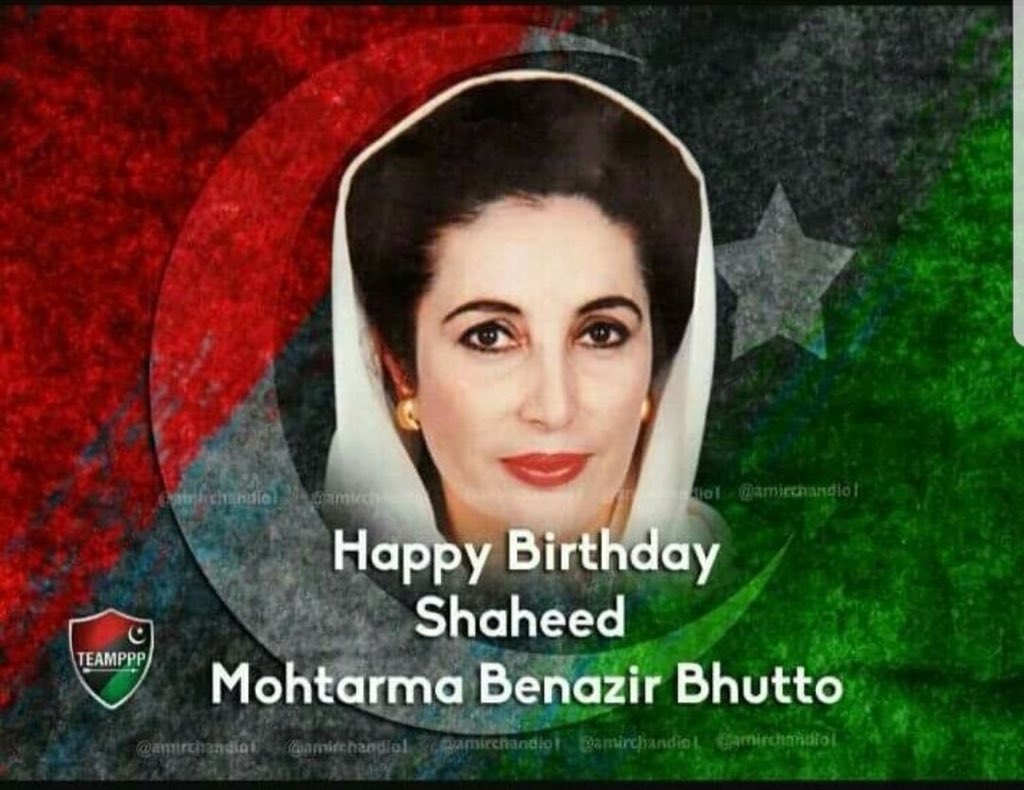 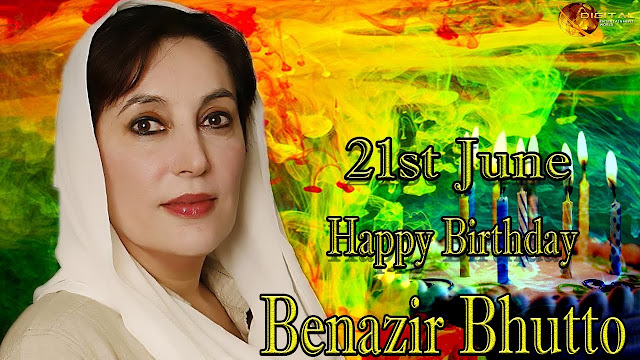 While addressing a ceremony on World Press Freedom Day in Karachi, Pakistan People’s Party Chairman Bilawal Bhutto Zardari, said that Pakistani media is facing undeclared censorship.
Legal action is also employed to keep the press quiet. According to a report on the state of Pakistani media in 2018 published by the Pakistan Press Foundation, seven journalists and one media organization owner faced legal actions in 2018. Pakistan ranked 142nd out of 180 countries – falling three places from 2018 – in Reporters without Borders 2019 World Press Freedom Index. In media rights watchdog’s report, Freedom Network has registered more than 157 attacks on journalists between May 2017 and April 2018, 55 of them occurring in Islamabad alone.
In September last year a special report compiled after recording testimonies in various cities of the country, the Committee to Protect Journalists (CJP) said journalists, including independents, had painted a picture of a media under siege. The climate for press freedom in Pakistan has been deteriorating, even as overall violence against and murders of journalists decline, the Committee to Protect Journalists. The fall in violence against members of the press followed the military’s swift response to the terrorist attack on Peshawar’s Army Public School in December 2014. But while a fall in the murders of journalists is good news, the threat of attack remains.
Several regular English-language columnists were informed by editors that their columns would not be put out. The media in Pakistan is having a crisis of independence.
Mosharraf Zaidi’s article was not published for the first time in the last 10 years he has written for The News. Lawyer Babar Sattar’s article was pulled out of the same paper.
The case against Cyril Almeida who has been issued a non-bailable warrant after an interview with ousted former PM Nawaz Sharif.
Gul Bukhari was abducted by masked men in Lahore’s cantonment area and was subsequently freed. Her abduction came at a time when there was immense pressure on the press to fall in line with the establishment’s line.
Ammar Masood writes a column for a leading Urdu newspaper. Often his columns are turned down for publication. Shahzeb Jillani was accused of cyberterrorism based on his comments.
Imtiaz Alam has announced the launch of two news websites, one for South Asia in English and the other in Urdu specifically for Pakistani audience, besides a YouTube channel. What if his new sites get blocked? Imtiaz Alam said that he would not give up. We will keep trying. We will keep exploring platforms but we will never do anything which is ETHICALLY wrong.Whatever kind of censorship has to be condemned. There are no ifs and buts here. The media must wrestle space that it has legitimately earned.
Najam Sethi’s show was the most recent casualty, when his show was taken off air in Pakistan last week. However transmission of his show was reinstated after few days.
While I was moving through the current situation of freedom of expression I realised its Mohtarmah Benazir Bhutto’s birth anniversary in two days. I was wondering whether it’s merely a coincidence or we will always miss Mohtarmah for her resistance against suppression of freedom of speech or her strict stance for the freedom of press. It takes me back to 1989 when I asked her why is she soft on Pakistani print media (in Zia’s regime newspapers were simply pro-Zia while in her times it was totally opposite).
She replied: This is because of the suppression of 11 years of dictatorship. Let them take out their frustration. This is the difference between democracy and authoritarianism. We are here to strengthen democracy.
It is the value of tolerance that will be the determining factor between the forces of extremism and the forces of moderation, between the powers of dictatorship and the forces of democracy, between fanaticism and education, between pluralism and bigotry, between gender equality and gender subservience, between inflexible traditionalism and adaptable modernity.
One prescription for peace is for democratic countries to promote democratic elections and democratic governance. Islamic nations must be assisted to create and sustain democratic infrastructure; by encouraging, supporting, and protecting a free press; by assisting in parliamentary and constitutional reforms; by helping to insulate an independent and autonomous judiciary from political manipulation; and by not rewarding military dictatorships but helping to equip militaries that accept the sovereignty of constitutional authority.
Democracies do not spring up fully developed overnight, nor is there necessarily a shining line between democratic governance and autocracy. True democracy is determined not only by elections but by the democratic governance that should follow. The most critical elements of democratic governance go beyond just free and fair elections to the protection of political rights for those in political opposition, the open function of a civil society and free press, and an independent judiciary. More typical, democracy can be understood on a continuum. Civil society and democratic institutions such as political parties and NGOs tend to grow slowly over time, one critical step at a time.
I would like to pay my tributes to Mohtarmah Benazir Bhutto on her birth anniversary by sharing one of my favourite quotes by her:
We gather together to celebrate freedom, to celebrate democracy, to celebrate the three most beautiful words in English Language, ‘We, The People’.
No comments: Links to this post 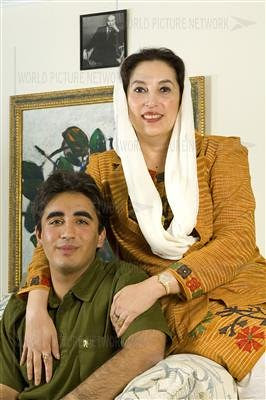 Pakistan People’s Party (PPP) Chairman Bilawal Bhutto Zardari has said that the problems and difficulties of the society and the state can be overcome if the philosophy of his mother Shaheed Benazir Bhutto is applied in letter and spirit.
He said "It is need of the hour that issues and conflicts should be resolved through reciprocal reconciliation." 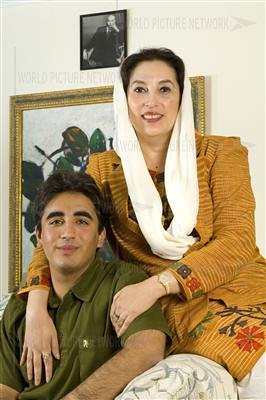 In his message issued on the occasion of 66th birthday of first woman Prime Minister of the Muslim World, Shaheed Mohtarma Benazir Bhutto, the PPP Chairman said that she was a great daughter of the country and she was the brighter face of the country.
"She had struggled for the peoples’ rights and enlightenment of the country till she breathed her last," he said and added "Since day one she entered practical politics, she was witch-hunted with adverse situations but she daringly braved every situation."Bilawal Bhutto Zardari said that the democratic system and an enlightened civil society was the mission of his mother.
He added that despite having public mandate twice in her life she was obstructed to rule over the country but she struggled for the empowerment of democratic institutions, supremacy of the constitution, harmonious relations among the Centre and the provinces, welfare of the working classes and the women, minorities and downtrodden segments of the society. Her struggle produced salient results and those are the jewels of the country.
He said that it is a matter of immense pleasure and satisfaction that the entire PPP is adhering dedicatedly to the mission of Shaheed Mohtarma Benazir Bhutto and the Party is fully determined to accomplish the required benefits and results of that Bhutto’s ideology for the common people.He said that President Asif Ali Zardari was still being victimised and hounded for carrying on the mission of Shaheed Bibi without any fear.PPP Chairman said that it would not be very far that a new era of success and enlightenment would start and spells of the darkness of unrest and confusion would disappear soon.
Daughter of the East, Shaheed Mohtarma Benazir Bhutto had struggled for that day to come, he added.