#Balochistan: Enforced Disappearances of Women on the Rise

According to a recent report released by the Human Rights Commission of Pakistan, there has been an alarming increase in cases of enforced disappearances of women in Balochistan. Human rights observers have noted that the absence of an explicit legislation criminalizing enforced disappearances in domestic law only aggravates the situation. This reflects the increasing suppression of the Baloch people by the Pakistani security forces which has perpetually denied the Baloch of their fundamental human rights including the right to life, freedom of expression, and freedom from torture.
The Human Rights Commission of Pakistan (HRCP) has released a detailed report after conducting a fact-finding mission to Balochistan. 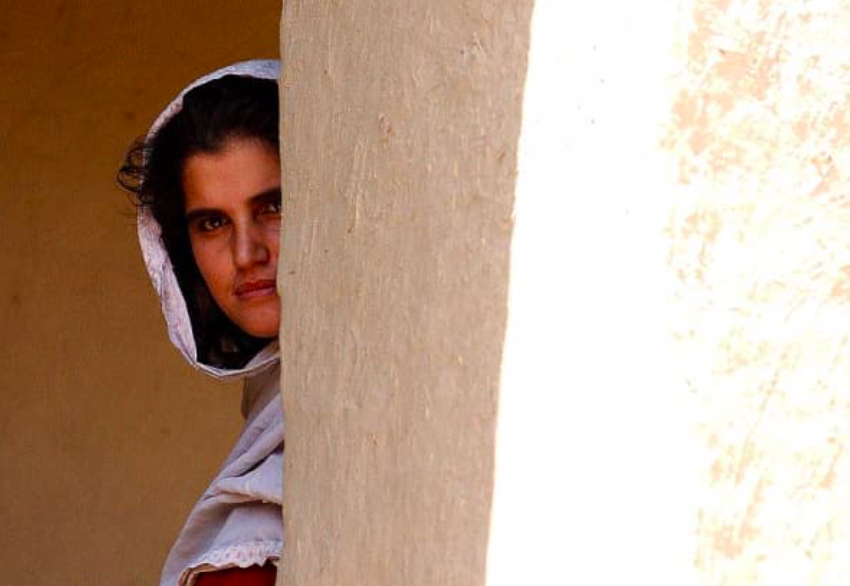 Titled ‘Balochistan: neglected still’, the report states that Balochistan continues to be short-changed politically
Incidents of enforced disappearances continue. In most cases, victims’ families say they are afraid of communicating their cases to the authorities. A disconcerting trend is that of women being ‘disappeared’ in certain areas, such as Dera Bugti and Awaran. Yet these cases tend not to be reported or recorded.
HRCP investigation also revealed that hundreds of coal-mines are being operated by people who possess neither the financial resources nor the technological skills to provide for operational safety or deal with emergencies.
The mission found that security agencies impose an unofficial security charge on per ton production from coalmines, which mine owners and labour unions alike deemed extortion.
The HRCP believes that the level of the Frontier Corps’ presence in Balochistan and its degree of control undermines provincial government and civilian administration. The unwarranted involvement and permanent presence of security personnel in educational institutions like Balochistan University must also end.
The HRCP strongly feels that the provincial government and civilian administration must run the affairs of the province without any undue interference, said the report. In addition, a law that criminalizes enforced disappearances, punishes the perpetrators and compensates victims’ families must be enacted expeditiously, suggested the report.
https://unpo.org/article/21684
No comments: Links to this post

Review: Abdus Salam documentary is a heartbreaking reminder of how a country suffers when its heroes are ignored


Salam: The First  Nobel Laureate documents how the physicist’s religious and national identity was important to his scientific discoveries. 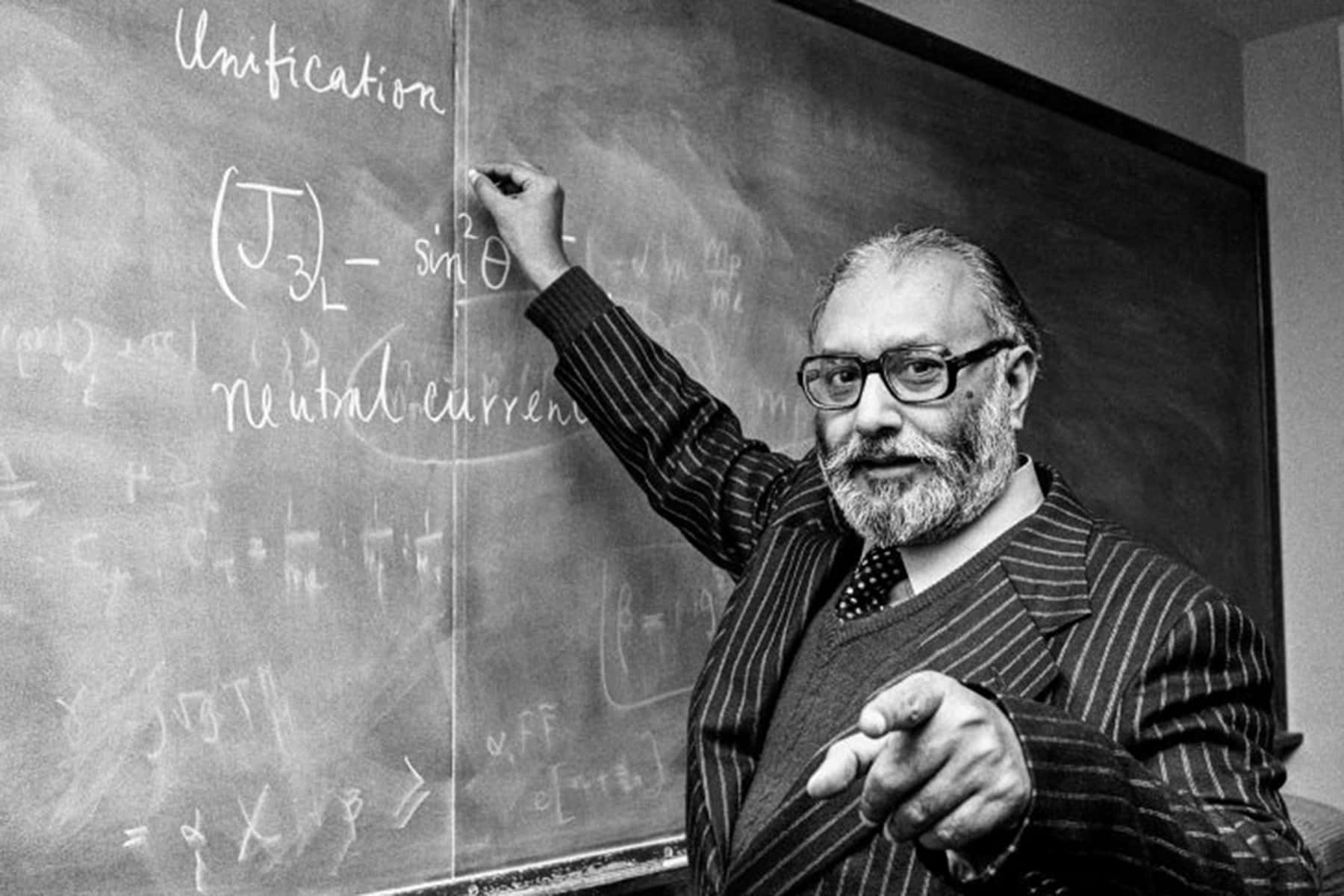 While watching Salam: The First  Nobel Laureate, a documentary on Pakistani physicist Abdus Salam’s life, there will be numerous occasions where you’ll be tempted to cry. And it won’t just be at how heartbroken Salam, an Ahmadi, was at being declared non-Muslim. Reading the words, “declared non-Muslim, cannot cope” etched across a notebook in Salam’s handwriting won’t be easy, and it will also illustrate how much love Salam had for his country, and more so, for his religion.
The documentary builds up on just that. His religious identity went hand in hand with his professional one, where he has even gone at lengths to claim that the only reason he was able to have these scientific breakthroughs was because he was a Muslim. His sons explain how he would listen to recitations of the Holy Quran in the background while writing notes. An imam of his place of worship stressed upon Salam’s devotion to his religion, that he would also attend the sermons and sit right in the front. Many of his peers in the documentary claim that he would get these ‘flashes’ of scientific inspiration and would have to immediately note them down lest he forgets. This is why many considered his intelligence as ‘god-given’.
The filmmaker has perhaps done this to make the viewer realise why it was devastating for someone like Salam to be declared non-Muslim.  Following these laws, persecution and rioting against the minority community increased to dramatic proportions and because of the increasing hostility, Salam was abandoned and rejected by the very country he loved; the very country whose scientific infrastructure was almost non-existent before his contributions, and the very country that made him the man he became. He never forgot his roots, and that can be seen with the way he visited his teacher after receiving his Nobel Prize and claimed that the award belonged to his teacher, not him.
But there’s another reason why religion is important when discussing Salam. Muslims were once considered pioneers in science, with the most important scientific discoveries originating from Baghdad several hundred years ago. However, in recent history, Islam has not produced many men or women of science, with some fundamentalists claiming that science is a complete contradiction of Islam. After winning the award, Salam can be seen stating that this award is to encourage the Muslim youth to come towards science.
Of course, one learns other tragic details. For instance, Pakistan is the only country in the world that has through its constitution decided the rules of religion, on who can be called a Muslim and who cannot; that Salam obtained his PhD at the age of 24 and Pakistanis don’t even know about his list of achievements. They don’t even know why he won the Nobel Prize. No road, no building, no book even mentions his name. One of the most brilliant men that this country ever produced has simply been erased from our collective memories.
And sadly, this is where the tragedy lies. The documentary is a realisation of where our country is headed: Instead of prioritising knowledge and education that could benefit our economy and society at large, our leaders have been incapable of fixing divisions amongst people and countering extremist thoughts. What started off as persecution against Ahmedis has spread to other religious minorities, because Zia’s policies made extremist ideologies even stronger and more powerful, and Pakistan is still grappling with the after-effects. Till date, Pakistan’s minority communities – Hindus, Christians, Ahmadis and even Shia Muslims – are vulnerable to violence, persecution and ostracism.
This country isn’t safe for forward-thinking people. Abdus Salam is a hero and the film is a much-needed reminder of that.

Bishop Samson Shukardin said minorities are 'considered infidels and they are depicted negatively' in school textbooks.
Religious bigotry in Pakistan schools is forcing Christian parents to give their children Islamic names – according to a bishop there.
Bishop Samson Shukardin of Hyderabad told Catholic charity Aid to the Church in Need (ACN) that Christian children and other faith minorities were using different names to prevent them from being subjected to abuse.He said: “Many minorities give their children Islamic names so they will not be singled out as Christians and become potential targets for discrimination in primary or secondary schools or at the college level.
“In many cases, minority students do suffer abuse in public schools.”
Bishop Shukardin spoke out against textbooks in state-run schools, saying: “The minorities are considered infidels and they are depicted negatively in textbooks, which promote prejudices against minorities.
“The fundamentalists believe that Islam is the only complete religion – that salvation is only found in the Qur’an as the last holy book.”
Bishop Shukardin said the febrile atmosphere whipped up by extremists has put pressure on minorities – including Christians.The bishop said: “Most of the minorities, and in particular Christians, are afraid of attacks and persecution.”He described how Christians in Pakistan suffer as a result of extremists falsely associating them with the West.
Bishop Shukardin said: “If the West strikes against Muslims anywhere in the world, enraged fundamentalists in Pakistan often attack the churches.”
But it is not just Christians who are attacked by extremists, he explained – moderate Muslims and other religious minorities are at risk too.
He said: “There are far more attacks on mosques than on churches – fundamentalist Muslims killing moderate fellow Muslims.”
Bishop Shukardin also highlighted problems about kidnappings and forced conversions and marriages, echoing concerns made in an ACN interview last week by Archbishop Sebastian Shaw of neighbouring Lahore archdiocese.

The bishop said: “Muslims believe that converting one person to Islam earns them eternal life. If an initial effort fails, people turn to kidnapping.
“Kidnappings and forced marriages are most common in rural areas, where people have little education.”
Both Archbishop Shaw and Bishop Shukardin stressed the importance of education in a country where clergy have prioritised the provision of Church-run schools and colleges.
He said: “We also need resources to help needy families send their children to college, which many cannot afford to do – let along enabling them to pursue advanced degrees.
“Education is key for every nation trying to transform society.”
ACN last year funded more than 60 projects in Pakistan, including the construction of churches, training of Sisters and other religious as well as emergency aid.
https://catholicherald.co.uk/news/2019/10/04/christians-in-pakistan-give-children-islamic-names-to-avoid-abuse-in-school/
No comments: Links to this post