Video Report - Who will be Israel's next prime minister? | Inside Story

Pakistani government plans to launch specialist media courts sparked a furious backlash on Wednesday from media and rights advocates who said the move was an attack on freedom of speech.

Government spokesman Firdous Ashiq Awan said late on Tuesday that cases against the media would be heard by the special tribunals, which would be overseen by higher courts.The All Pakistan Newspapers Society (APNS) said the move was a “black day” for the Pakistani media and that they would fight the measures in the legislature and judiciary.
“Special courts aimed at intimidating and strangulating the media and freedom of expression are not only unconstitutional but also contrary to the spirit of democracy,” Hameed Haroon, APNS president, and Sarmad Ali, APNS secretary general, said in an emailed statement.
Journalists and human rights advocates have feared the introduction of the courts amid complaints of growing pressure on broadcasters and newspapers to avoid covering critics of Prime Minister Imran Khan’s administration.
In July, opposition parties accused Khan of intimidating broadcasters into a blackout on TV coverage of his critics, after several channels were briefly taken off-air and opposition protests and news conferences passed unreported.
Khan, who took office last year, has denied censoring media and has called the accusations a “joke”.
Government spokesman Awan said in a tweet that the existing media oversight body to be replaced by the special courts had been criticized for being under state control, and that the new courts would meet judicial standards and process cases faster. “The whole process will be a true reflection of laws and high democratic values,” she said, adding that journalists could also take complaints about the government to the media courts.
But that did not quell the fears of many freedom of speech advocates, with the non-governmental watchdog Human Rights Commission of Pakistan (HRCP) saying it was alarmed.
“How are tribunals expected to maintain the media’s independence?” it said in a tweet. “Given the government’s woeful record on press freedoms, HRCP urges it to refrain from pressurizing the media further.” Pakistan’s press has had a turbulent relationship with successive governments and the powerful military for many years.
Writers and bloggers say several cases of reporters being abducted and beaten, critical columnists being denied space, advertising business cut to media houses and sackings of TV commentators have created a climate of fear and self-censorship. 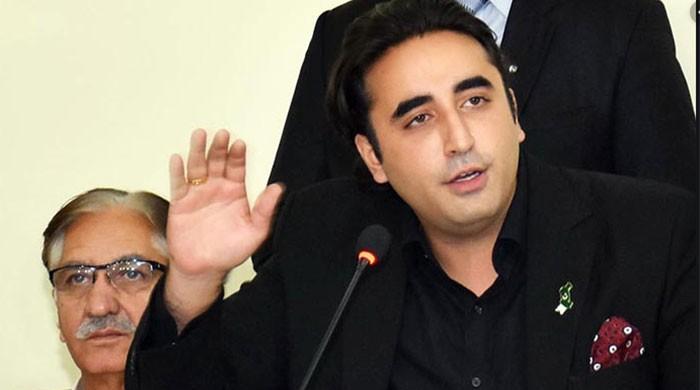 Bilawal, in a statement issued shortly after the National Accountability Bureau's (NAB) Rawalpindi branch arrested the party's senior leader, Khursheed Shah, from Islamabad, condemned the PTI's attempt to launch a witch-hunt against media too after having entangled the Opposition leaders through the anti-graft watchdog.
The way the PTI dealt with opponents and critics was "based on frivolity and falsehoods, the PTI’s narrative is right out of Goebbels’ propaganda playbook”, he said.
According to the NAB's sources, Shah was arrested in a case pertaining to acquiring assets beyond means of income.
Speaking about the media, the PPP chair said the ruling party was "going to go after its critics in the media through these so-called media tribunals" now that the PTI had "found an easy way to imprison its political opponents by unleashing NAB".
Terming the tribunals as "nothing but another way of silencing dissent", Bilawal said the PTI’s social media team followed the exact same path of Indian Prime Minister Narendra Modi's "bhakts" who, he said, discredited and harassed critics online.
"Now, they want to go after media organisations through these special tribunals because the media is exposing select PM’s ineptitude and incompetence," he added.
“We stand for the freedom of media. Pakistan’s media is going through its worst phase of censorship under the Niazi regime. We will not allow them to target the media so blatantly and brazenly.
"Enough is enough. The media fraternity, too, must raise its voice for their own rights. The Opposition firmly stands behind them,” Bilawal stated.
https://www.geo.tv/latest/247936-bilawal-slams-pti-media-witch-hunt-niazi-regime-censorship
No comments:

Profile: Khursheed Ahmed Shah — a politician through and through

Born in 1952, Syed Khursheed Ahmed Shah hails from Sindh’s Sukkur region, which he went on to represent as an MPA and later as MNA. He studied at Sukkur’s Islamia College and obtained the degrees of MA and LLB. 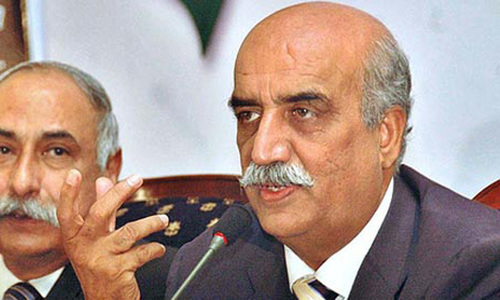 He was elected to the Sindh Assembly in 1988 during which he was made a provincial minister holding a wide range of portfolios – education, import and transport being some of them. He made his way to the parliament in 1990.
Shah also served as a federal minister for education in 1993, during slain PPP leader, Benazir Bhutto's second government. In 2008, he was elected from NA-199 (Sukkur cum Shikarpur-II), PPP and became minister for labour and human resources. He was made the federal minister for religious affairs in 2010.
In 2013, he was elected from NA-199 (Sukkur-cum-Shikarpur-II), PPP and became the leader of the opposition in the National Assembly.
He was elected to the National Assembly once again in 2018, as he won NA-206 (Sukkur-1) and is the opposition's joint nominee for speaker's position.
Shah enjoys an influential position in the PPP and was its chief whip in the 2008-2013 National Assembly. He is considered a trouble-shooter as far as relations with other parties are concerned, mainly on account of his good connections with all political parties. 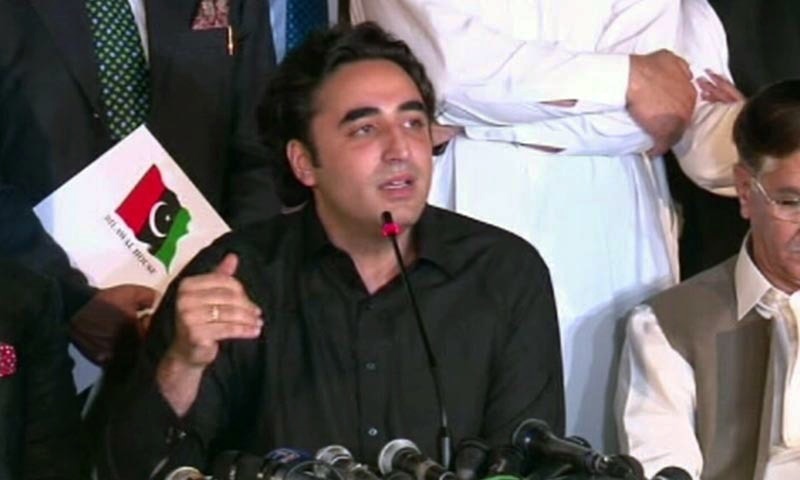 PPP chairman Bilawal Bhutto Zardari on Wednesday accused the government of trying to sabotage unity among political parties over the Kashmir issue and said that PPP MNA Syed Khursheed Shah's arrest today was an attempt to divert attention from its failure over Kashmir.
He was speaking at a press conference following a consultative session held by the party to deliberate the next course of action in the wake of the arrest.
"If you can't lead your own nation, how can you lead a cause outside the country?" asked Bilawal, addressing Prime Minister Imran Khan.
"When in your own country, the death of democracy is being witnessed, how can you save democracy in Kashmir," he continued.
"How can [the premier] raise his voice for political prisoners in Kashmir when he is arresting politicians in his own country?" asked the PPP chairman in a rebuke to the prime minister.
The National Accountability Bureau (NAB) on Wednesday arrested Shah in a case regarding his alleged assets beyond means.
The PPP stalwart was arrested in a joint operation by NAB's Rawalpindi and Sukkur chapters, DawnNewsTV reported. He will remain in NAB Rawalpindi's custody tonight.
Bilawal, during his press conference sought to provide a pattern for the alleged practice by the government in which it makes use of the National Accountability Bureau (NAB) to "hide its own failures".

https://www.dawn.com/news/1505928/govt-arrested-khursheed-shah-to-divert-attention-from-failure-over-kashmir-bilawal-bhutto
"We strongly condemn (Shah's) arrest, and especially right now, because it seems that whenever an opportunity presents itself to send a strong message to our Kashmiri brethren [...] the government uses NAB to break national unity, to aggravate the opposition and to divert the attention of the people."
"When the attack on Kashmir was still fresh (the August 5 presidential decree stripping it of its autonomous status), we could have used the joint parliamentary session platform to send a message of support [...] but the government arrested Maryam Nawaz."
He then spoke of senior PPP leader Faryal Talpur's arrest during Eid in Muzaffarabad where representatives from various parties had gone in a show of solidarity with Kashmiris.
"Another opportunity had presented itself [...] then too, Faryal Talpur was illegally shifted to jail at night from hospital," he added. "And then today again we witnessed how an effort by the Senate was made to do what — in the time of a national crisis — was simply not being done," said Bilawal, referring to a discussion held on Kashmir in the presence of representatives from all political parties.
"So the Senate took a step to discuss Kashmir and then once more, right then, Shah sahib was arrested. All so that attention is diverted from [the government's] historical failure on Kashmir," said Bilawal.