On February 11, 2018, the sudden and untimely demise of Asma Jahangir, Pakistani human rights champion and a United Nations (UN) Special Rapporteur on the situation of Islamic Republic of Iran left the world in shock and grief.
Jahangir, who turned 66 in January, was a cancer survivor and one heart attack before passing away from cardiac arrest. Thousands from around the world sent condolence messages and paid tribute to the woman often dubbed as the ‘voice of the voiceless.’ Also known as the ‘iron lady,’ Jahangir was known to take to the streets against military dictators and regimes and for standing up for social justice.
UN Human Rights mourned:

Twitter Ads info and privacy
Jahangir was laid to rest in her hometown Lahore, Pakistan, where her funeral was attended by thousands of people regardless of gender, religion and social status. In Pakistan, a predominately a Muslim society, women are barred from attending funerals, particularly the act of funeral prayer. The burial in a graveyard is considered a man's job.
Independent journalist Rabia Mehmood dubbed Jahangir's funeral ‘the last subversive act': 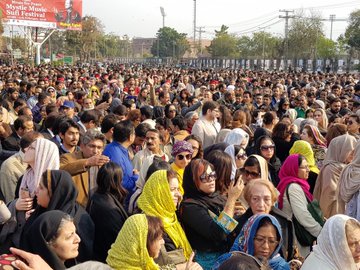 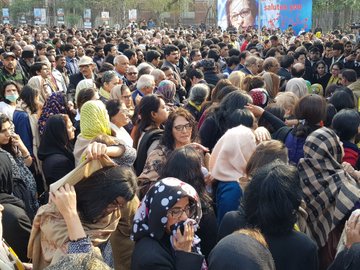 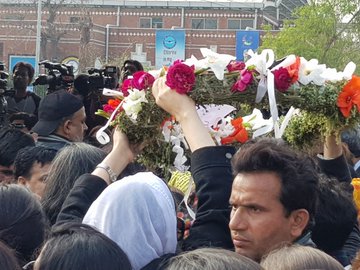 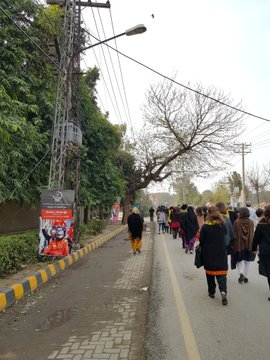 Rabia Mehmood@Rabail26
#AsmaJahangir - Women & men all gathered to say her funeral prayer. Last subversive act. May she rest in power.

Last subversive act – women, and men stood together for Asma Jahangir's funeral prayer. This was the first funeral prayer I have participated in. Even in her death, she empowered us. Salam. Rest in power AJ and thank you.

Sabahat Zakariya, a Lahore-based journalist who attended the funeral tweeted her experience:

Sabahat Zakariya
✔@sabizak
First time my friend and I were part of a namaaz-e-janaaza. Fitting that it was Asma Jahangir’s funeral that allowed us this glimpse into a male universe.

Even in her death, she did not conform to the established code. Resistance, thy name is Asma.
If one word can describe the funeral procession, it is pluralism. That’s what Asma Jahangir lived for as well. Her funeral looked like Pakistan. A truly federal Pakistan with all communities represented.

Asma Jahangir was born in 1952 in Lahore, Pakistan and was introduced to politics as a teenager through her father, Malik Ghula Jilani, who was seen as a thorn in the eyes of the establishment and arrested several times as an active critic of the then military dictators Ayub Khan and Yahya Khan. Jilani supported Sheikh Mujibur Rahman‘s Awami League (Shiekh Mujib led the liberation of Bangladesh movement, causing East Pakistan to separate in 1971). Jilani was arrested in December 1971 after his resignation from the National Assembly to protest the Pakistan Government’s military action in Bangladesh.
In 1972, Jahangir challenged her father's arrest and secured a landmark judgment which became known as Ms. Asma Jilani versus the government of Punjab.
Muhammad Taqi, a political activist, and columnist explains:

The Asma Jilani case was the basis for the framers of the 1973 constitution to draft not only Article 6 – dealing with high treason – but also making a specific exception to the constitutional principle of non-retrospectivity of offences and punishments in the case of high treason and desecration of the constitution.

Jahangir earned a law degree and started practicing law under military dictator Zia ul Haq. Along with her sister Hina Jilani and two friends, she co-founded an all-women legal aid practice in 1980 to provide legal aid to women.
Jahangir actively participated in the resistance against ul Haq and images of women being lathhi-charged (beaten by batons by police) have become a symbol of resistance. The government of Pakistan declared this day of resistance as Pakistan Women's Day a few years ago, as described by the Women's Action Forum in Pakistan:

On 12th February 1983, 250 women took out a peaceful protest in Lahore to petition against the discriminatory Law of Evidence that General Zia ul Haq's regime attempted to promulgate. These protesters were lathhi chargedbrutally, tear-gassed and some 50 were arrested.
The second wave of the women's movement has not retreated since. In tribute and memory of that historic challenge to a dictatorial regime and discriminatory state, 12th February is marked as Pakistan Women's Day.

An activist who lived and died for the resistance

A firebrand activist and extremely outspoken advocate for oppressed, Jahangir was a trailblazer in Pakistan who went on to co-found the Human Rights Commission  of Pakistan in 1987. She was an integral part of the lawyers’ movement that led to ousted military dictator Pervez Musharaf in 2007, ushering in democracy's return in Pakistan.
Jahangir remained a staunch member of the Pakistan's political resistance. Her last speech was in support of the Pakthun Long March in which marginalised Pakhtuns demanded equal rights and justice from the center.


Bushra Gohar, a Pakistani politician thanks Jahangir for her solidarity with the Pakhtuns:

Bushra Gohar
✔@BushraGohar
She stood with the #Pakhtuns in their struggle for justice & right to life...She showed solidarity with #PashtoonLongMarch when others were playing safe. She was glad the #Pashtun youth had woken up. Will treasure your powerful words of support. Thank you #AsmaJahangir.

Twitter Ads info and privacy
Jahangir did not constrain her activism to geographical boundaries, speaking for the rights of oppressed people such as the Rohingya, Kashmiri, Palestinians, and Baloch. In January, she gave statements against BBC Persian journalists on trial in Iran. David Kaye, UN Special Rapporteur on Freedom of Opinion and Expression tweeted: 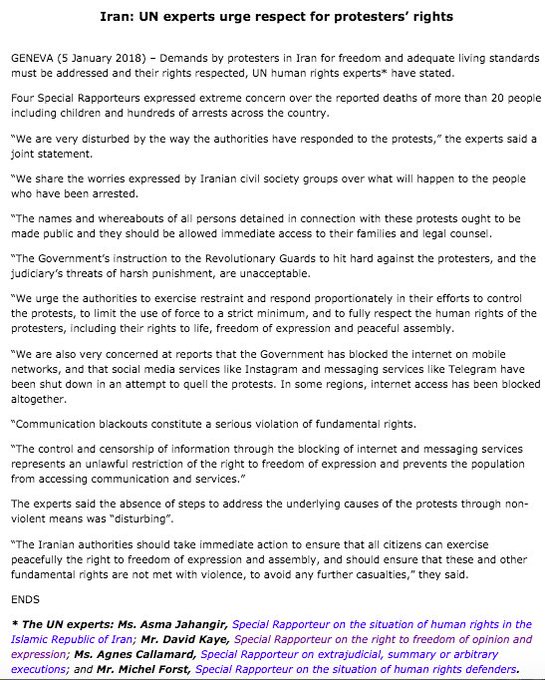 David Kaye
✔@davidakaye
#AsmaJahangir was an extraordinary person. eg: in just past month she engaged in several public stmts on #Iran. she initiated this in january, urging #Iran to respect protesters’ rights. such a loss for so many. http://www.ohchr.org/EN/NewsEvents/Pages/DisplayNews.aspx?NewsID=22574&LangID=E …

Twitter Ads info and privacy
Jahangir received Pakistan's highest civilian awards such as the Hilal-e-Imtiaz (second highest civilian award) and Sitara-e-Imtiaz (the third highest honour and civilian award in Pakistan) in 2010. She also received several international awards including the 2014 Right Livelihood Award (along with Edward Snowden), the 2010 Freedom Award, Ramon Magsaysay Award, the 1995 Martin Ennals Award for Human Rights Defenders, and the UNESCO/Bilbao Prize for the Promotion of a Culture of Human Rights. France awarded her the Officier de la Légion d'honneur.
Jahangir also wrote two books: The Hudood Ordinance: A Divine Sanction and Children of a Lesser God: Child Prisoners of Pakistan.


Many struggling for empowerment and justice will miss her dearly, including civil society activists, prisoners waiting for a fair trial and women on the frontlines of activist movements. Pakistani journalist Taha Siddiqui, who narrowly escaped abduction in January 2018 and openly complained about being harassed and intimidated by the Pakistani military, shared his grief, honoring Jahangir as his legal counsel through the ordeal:

Taha Siddiqui@TahaSSiddiqui
Met Asma saahiba just few weeks back. She told me going silent is not an option. And it gave me the courage i needed. Who will now I look up to? Without her, I feel like an orphan... #RIPAsmaJahangir https://twitter.com/TahaSSiddiqui/status/951470070328430593 …