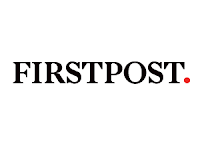 A Pakistani anti-terrorism court on Tuesday indicted 57 people arrested in connection with the brutal murder of a journalism student who was lynched by a vigilante mob in April over blasphemy allegations.

File image of demonstrators in a protest over killing of student Mashal Khan in Karachi. AFP
Mashal Khan, 23, a student of the Abdul Wali Khan University Mardan was shot dead and his body desecrated in broad daylight by fellow students on 13 April after being accused of "publishing blasphemous content online".
The Khyber-Pakhtunkhwa provincial government had ordered a judicial inquiry into the lynching in the university campus after harrowing videos of the mob attack were shared widely on social media and triggered widespread condemnation from civil society, politicians and rights activists across the board.
A joint investigation team submitted its report concluding that blasphemy charges could not be proved against Mashal and that his murder was pre-planned by people who included university employees as well, The Express Tribune reported.
An anti-terrorism court in Haripur indicted 57 people in the Mashal lynching case and a second hearing will take place on Wednesday in which the prosecution and defence will present their arguments.
All those indicted in the case have pleaded not guilty, Dawn newspaper reported.
In April, a vigilante mob, incited by rumours, had attacked Khan, a mass communication student, enrolled in Abdul Wali Khan University Mardan (AWKUM). He later succumbed to his injuries.
In July, the Peshawar High Court Chief Justice Yahya Afridi had ordered the transfer of the murder case from Mardan to an Anti-Terrorism Court (ATC) in Haripur jail after Khan's father Iqbal Khan requested the move fearing his "influential adversaries".
No comments: Links to this post 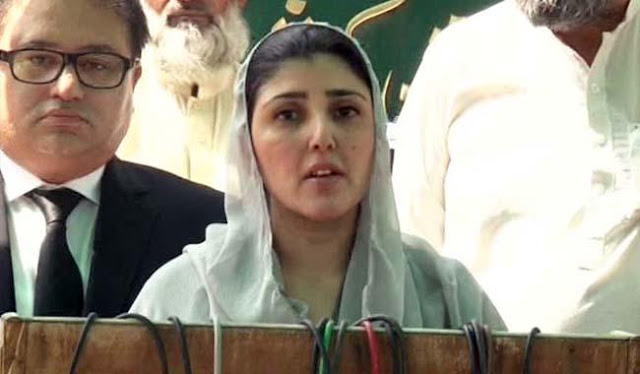 Disgruntled lawmaker of the Pakistan Tehreek-e-Insaf Ayesha Gulalai on Thursday announced to form splinter group of the party as she repeated allegations of corruption, harassment and incompetence against Imran Khan.
Gulalai appeared before the Election Commission of Pakistan to attend the hearing into a reference which was filed to de-seat her from National Assembly seat .
The lawmaker submitted her response though her lawyer. According to Geo News,Imran Khan’s lawyer submitted evidence against Ayesha Gulalai after which the hearing was adjourned to September 26.
She said Akbar S Babar, Justice Wajih and some MPAs were ready to join forces with her. “We will soon hold a meeting to decide future course of action, and give a date for a rally,” she told media.
She claimed that "money of people of Khyber Pakhtunkhwa" was spent on NA-120 by polls by the PTI.
“Imran Niazi should think over why did he lose by-election in Lahoree,” said she.
She said as to how Imran Khan would eliminate corruption by making alliances with corrupt people. “How can he talk abut the poor and the middle class while making an alliance with billionaires and feudal lords”.
She said people like Nazr Gondal, Babar Awan, Firdous Ashiq Awan and Aleem Khan  have occupied the PTI and Imran Khan has handed over party matters to all the corrupt people ignoring the workers who ran the party since 1996.
Ayesha Gulalai said Khyber Paktunkhwa chief minister Pervez Khattak is a corrupt man and  Ehtesab Commission wouldn’t be able to operate in the province in his presence.
No comments: Links to this post

PPP Vice President Sherry Rehman on Tuesday said the corruption has become prevalent in the Federally Administered Tribal Areas (FATA).
Speaking during a meeting of the Senate's Committee of the Whole, she expressed her disbelief over the misallocation of the PSDP, saying, "The Public Sector Development Programme (PSDP) allocation for FATA was only utilized by 60% according to the minister. This is quite shocking to hear that one of the most underdeveloped areas in Pakistan saw a Rs 40 million lapse."
According to a recent UNDP report, the highest rates of poverty in Pakistan are in the FATA and Balochistan. The report revealed that over 73% of the people in FATA live in multidimensional poverty.
The senator pointed out, "From the report, it seems like the FATA committee did not consult women. Women in FATA are victims of both entrenched social attitudes that restrict their public and political space but have no voice in this reform which will greatly impact their lives. There needs to be a separate consultation with FATA's women to make this meaningful."
During the meeting, it was also disclosed that the political agent still had the power of levying a "cess" or tax.
"This is entirely illegal and unconstitutional and must be stopped forthwith because it only amounts to a plunder of the area. We demand a forensic audit of what the political agent has been doing. This money must be returned to the people of FATA for their development," said the PPP senator.
She added, "Despite the extension of the law to allow the auditor general PR to review the accounts and funds, this is not happening. Corruption is not just rampant, it is endemic and widespread. Cess and rehdari is not supposed to be collected but remains embedded in the culture of constant informal arrangements."
The journalist-turned-politician added, "The plan of extending Islamabad High Court jurisdiction to FATA makes no sense when Peshawar High Court can do the same job. This must change."
In 2009, it was former president Asif Zardari who announced major legal and political reforms in the tribal areas to free the people of FATA from the Frontier Crimes Regulations (FCR) and pave the way for their mainstreaming.
She cautioned against the long period of activation of the reforms, saying, "I am deeply suspicious of "reform" that is phased over such a long period and via elite networks of only tribal notables as well as the governor's office. Islamabad looks all set to retain its stranglehold on these seven areas. Unification with Khyber Pakhtunkhwa is the consensus and the most viable way forward."
"Why should the extension of Pakistan's laws take an additional five years? Who will take responsibility for decisions taken even 2 years from now? Why should there be a CEO who operates through an additional secretary?" questioned the Senator, warning that this will bring FATA back to executive rule via the governor.
The PPP leader also pointed out transparency needs to be added to which law will replace the highly criticised FCR, "Anything that includes jirga in the law is a bad idea as it is vulnerable to misuse. It will institutionalize the bias that has been at play for centuries against many universal and fundamental rights framework," concluded the senator.

While the entire population is contemplating the close contest between Pakistan Muslim League Nawaz (PML-N) and Pakistan Tehreek e Insaaf (PTI) in NA-120 elections; the factor that is going unnoticed is the rise in support of the extremist parties. Two ultra-right religious parties were contesting the elections from the constituency, and if these elections were a litmus test for the coming general elections, than the support these parties garnered is alarming. After PML-N and PTI, the party to get the most number of votes was Tehreek e Labaik Ya Rasool Allah (TLY). The party emerged this year and is headed by an Islamic scholar, Maulvi Khadim Hussain Rizvi. While much is not known about the scholar; the thing that everyone remembers him by is his blatant support for Mumtaz Qadri and his speeches, which are intolerant of dissenting views and full of hatred. TLY managed to get 7,180 votes in the election. These are a significant of votes, which have displaced the position of PPP in the dynamic. This signifies the growing influence of the extremist ideology in the political scene. Although the “religious parties” have never had the majority to form a government, but the vote count signifies a new trend. The party preceding TLY was the Milli Muslim League (MML). It is a renamed faction of Jamaat ud Dawa (JuD); the banned extremist organisation. MML clearly announced their support for Hafiz Saeed, a known terrorist and criticized the government for “illegally” confining him. Despite them claiming no ties with JuD, their comments are fooling no one. The Election Commission of Pakistan (ECP) did deny recognizing the party and giving permission for contesting the elections, but despite that they did contest and managed to get 5,800 votes. If they have managed to ignore the instructions of the ECP, then it shows how incapable our governmental bodies are. At the same time, it is a failure of the federal government that while state machinery was being used to get more support for the ruling party, all other priorities were sidelined. We have been claiming to fight off the extremist thought from Pakistan and promising the implementation of the National Action Plan (NAP), but proscribed organisations are contesting such crucial elections with relative impunity – and great aplomb too. This highlights the failure of our state to effectively tackle these groups and should worry us all in coming times.
No comments: Links to this post 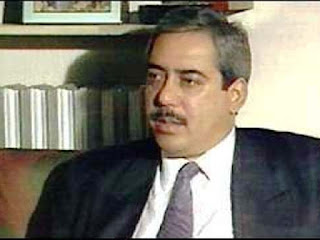