BENAZIR BHUTTO’S DEATH ANNIVERSARY TO BE OBSERVED ON FRIDAY 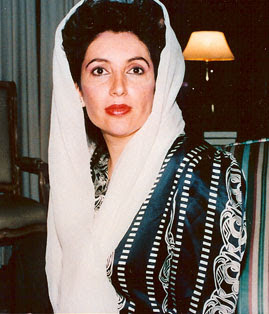 The 12th death anniversary of former prime minister Benazir Bhutto will be observed on Dec. 27 (Friday), according to representatives of the Pakistan Peoples Party and the Sindh government.
State-run Associated Press of Pakistan reported that the PPP had finalized arrangements for a recitation of the holy Quran on behalf of Benazir at Liaquat Bagh in Rawalpindi, where the former prime minister was assassinated on Dec. 27, 2007. PPP Vice Chairman, and former prime minister, Yousaf Raza Gilani on Sunday visited Liaquat Bagh and reviewed arrangements for the public gathering to mark her death anniversary, APP added.
Babar Jadoon, the PPP president for Rawalpindi, said the party would remember Benazir and her sacrifices. He said the former prime minister had sacrificed her life to promote the restoration of democracy in Pakistan.
Jadoon vowed to follow in her footsteps to and continue her mission for the progress and development of the country, adding Benazir Bhutto was still alive in the hearts and minds of people across Pakistan. Benazir was a leader of international stature and her services would be remembered forever, he added.
On Monday, the Sindh government formally announced that Dec. 27 would be a public holiday to mark the death anniversary of Benazir Bhutto. In a notification issued by the provincial government, Friday has been designated a public holiday throughout the province, and all offices, autonomous and semi-autonomous bodies, corporations and local councils falling under the control of the provincial government would remain closed.
https://www.newsweekpakistan.com/benazir-bhuttos-death-anniversary-to-be-observed-on-friday/
No comments: Links to this post

After the Junaid Hafeez Verdict, Time to Face the Truth About Pakistan’s Blasphemy Law 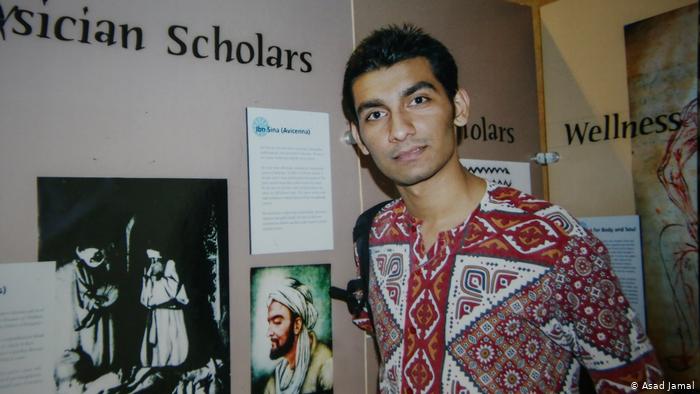 Pakistan’s blasphemy law needs to be sentenced to death — not so-called ‘blasphemers.’
On Saturday, Multan-based academic Junaid Hafeez became the latest to be given the death sentence for blasphemy in Pakistan.
The 33-year-old former lecturer at Bahauddin Zakariya University had been arrested in 2013 over alleged “blasphemous” comments on Facebook, after accusations from an Islamist group that had explicitly taken issues with Hafeez’s “liberal views.”
After six years of solitary confinement, and a problematic trial, Hafeez has been sent to the gallows by a sessions court for “outraging religious sentiments.”
Pakistan is one of 13 countries where blasphemy is punishable by death. The constitution’s Islam-specific clauses, notably Section 295-C of the Pakistan Penal Code, maintain that the capital punishment is solely for sacrilege against the majority’s religion in the Muslim-dominated country.
Furthermore, given that unlike Saudi Arabia or Iran, Pakistan hasn’t executed anyone for blasphemy, apostasy, or atheism, the existence of the death penalty for blasphemy against Islam has been taken up by mobs as sanction for vigilante killings. As a result, there have been over 75 extrajudicial executions, and more than 4,000 blasphemy cases registered since the inclusion of Section 295-C in the PPC in 1986.
Enjoying this article? Click here to subscribe for full access. Just $5 a month.
Islamist mobs haven’t spared Hindus, Christians, or Ahmadis after having their religious feelings outraged, which their country’s constitution reaffirms as sufficient cause for taking the culprit’s life. For atheists and agnostics, their apostatizing identity mandates the death penalty.
Meanwhile, the case of Junaid Hafeez and the lynching of Mashal Khan in 2017 underlines that even Muslims aren’t safe from the Islam-specific blasphemy law, for they can just as easily be deemed “not Muslim enough.”
And now, following the adaptation of the Penal Code clauses into the similarly draconian cybercrime laws, death sentences are being handed out for content that is posted online, resulting in silencing of progressive voices online and the exodus of anonymous accounts.

The few that have been vocally upset about the Junaid Hafeez verdict have long pointed out the drawbacks of the country’s blasphemy law. The diminishing voices against the blasphemy law have reiterated how the legislation leaves it open to misuse.
Given how former Punjab Governor Salmaan Taseer was killed for his criticism of the blasphemy law – especially now with his murderer’s shrine enjoying a holy status in the capital – these few voices mustering some form of criticism regarding the law, and the farcical trials, are courageous and commendable.
There have been similarly admirable revisionist efforts to highlight the ostensible flaws in the blasphemy law through study of Islamic jurisprudence.
Yet Pakistan’s blasphemy law remains untouched, nay untouchable. And the reason for that is as straightforward as it is ominous.
Amid all the failings that are echoed in the carefully camouflaged critiques of the blasphemy law – from its religious supremacism to loose verbiage, from false allegations to rigging of evidence – perhaps its greatest flaw is oft ignored: its very existence.
Critics often speak of “misuse,” but what possible use could there be for a law that at best hinders much-needed reform in Islam, and at worst sanctions death for words, cartoons, and other expressions?
No matter how repulsive or offensive it might be, the protection of free speech – guaranteed by Article 19 of both the Universal Declaration of Human Rights and Pakistan’s Constitution – is an inalienable feature of any democracy, unless the speech explicitly calls for violence.Critique of religion – any religion – is neither a call for violence nor a denial of rights for its adherents, which makes the very idea of blasphemy completely antagonistic to basic human rights. The “evidence” in such cases is intangible sentiments, making the “crime” victimless.Therefore, the battle against the blasphemy law cannot be won until the democratic principle of basic human rights supersedes religious dogma.Hence, it should not matter whether there is or isn’t any evidence for the allegations against any blasphemy accused. It should not matter which personality, belief, or religion was or was not offended. It should not matter what 1,400-year-old scriptures do or do not sanction for this victimless “‘crime.” Nobody, absolutely nobody, deserves death for outraging, mocking, or blaspheming words in a country that wants to self-identify as a democracy.
Given that such a realization isn’t anywhere in sight, one can only take solace in triumphs like Asia Bibi being found not guilty of blasphemy and managing to escape the country last year, while hoping the same for Junaid Hafeez.
However, it is not its victims but the blasphemy law itself that needs to go. It is not the “blasphemer” but the blasphemy law that needs to be given the death sentence.
https://thediplomat.com/2019/12/after-the-junaid-hafeez-verdict-time-to-face-the-truth-about-pakistans-blasphemy-law/
No comments: Links to this post

Pakistan-based terrorists Masood Azhar, Omar Sheikh and Mushtaq Ahmad Zargar - Where are the 3 terrorists who were swapped for 170 passengers of hijacked IC-814?


Tuesday, 24 December, marks 20 years since the hijacking of Indian Airlines flight IC-814 by five Pakistani terrorists. Their aim was the release of terrorists Masood Azhar, Omar Sheikh and Mushtaq Ahmad Zargar. The hijack and subsequent hostage-release situation lasted a week until India agreed to release the three terrorists for about 170 passengers who were onboard. The IC-814 was hijacked on 24 December 1999, when it was on its way to Delhi from Kathmandu. The flight, which made stops at Amritsar and Lahore, ultimately stationed itself in Kandahar, Afghanistan.The CBI had charged 10 people, out of which seven, including the five hijackers, are believed to be in Pakistan.On the 20th anniversary of the Kandahar hijack, ThePrint traces the activities of the three terrorists released — Azhar, Sheikh and Zargar — and how they still are a challenge for the security establishment in India. Masood Azhar, Jaish-e-Mohammed After his release, Masood Azhar regrouped his terror organisation, Jaish-e-Mohammed, and launched a series of deadly attacks, including on the Indian Parliament in December 2001, the 2008 Mumbai terror attacks and the Pathankot airbase attack in January 2016. The most recent terror attack by the Jaish was in February 2019, when a suicide bomber rammed his explosives-laden vehicle into a CRPF convoy in Pulwama killing 40 personnel. Azhar, who was arrested from Kashmir in 1994, is also believed to be supported by Pakistan’s intelligence agency ISI, and was so important that multiple attempts were made to get him released, even before the Kandahar hijack. In July 1995, Al-Faran, a Kashmiri Islamist militant group, kidnapped six foreign tourists from Pahalgam in Kashmir and demanded Azhar’s release in exchange for the tourists. This year, after much persuasion, the United Nations declared Azhar a global terrorist. At present, he is believed to be suffering from severe renal illness and is undergoing treatment at a military hospital in Pakistan. It is alleged that Sheikh lured Pearl into a trap by promising to arrange an interview with an Islamic cleric, and kidnapped him. Pearl was accused of being an American spy, and Sheikh demanded the release of a halted US shipment of F-16 fighter jets to the Pakistani government to let Pearl go. Sheikh, along with his associates, kept Pearl captive for nine days before releasing a videotape which showed Pearl’s severed head. Born in the UK, Sheikh was a student at the London School of Economics, where, it is believed, he came in contact with radical Islamists. He is said to have subsequently worked with several militant outfits, including the Jaish-e-Mohammed, al-Qaeda and even the Taliban. Sheikh was first arrested from Uttar Pradesh’s Saharanpur in October 1994, after he had kidnapped four Western tourists to demand the release of Azhar and Harkat-ul-Mujahideen chief commander Sajjad Afghani. His attempt was, however, foiled. Sheikh was arrested and the hostages were freed. At present, Sheikh, who was arrested on 12 February 2002 in Lahore, is in a Pakistani jail for his role in Pearl’s death. He has been sentenced to death. Mushtaq Ahmed Zargar, Al-Umar Mujahideen Mushtaq Ahmed Zargar, who belonged to the Jammu and Kashmir Liberation Front (JKLF), was in jail since 1992. Intelligence sources said after his release in 1999, Zargar is believed to have renewed the activity of Al-Umar Mujahideen in Muzaffarabad, close to the LoC. Sources also said that Zargar has recruited and trained youngsters for “war” in Kashmir and is believed to have been working to renew the sleeper cells. Zargar is suspected to be the man behind the June 2019 terror attack in Kashmir’s Anantnag, in which five CRPF personnel were killed and three others were injured after their patrolling party was attacked with grenades. Also, in 2017, Zargar claimed responsibility for many of the grenade attacks on the security forces in the Kashmir valley. “I’m Mushtaq Zargar, the Al-Umar Mujahideen chief. I’m in Doda (a district in the eastern Jammu region) and am speaking to you on behalf of my organisation and Jaish-e-Mohammed. We together carried out the attacks and we do plan more such and similar strikes for we strongly believe India understands only the language of violence. The musallah jadujuhad (armed struggle) is the only way out as it alone can drive the occupying forces out and free our Kashmir from the Indian yoke,” he had telephoned Deccan Chronicle to say. Zargar, a coppersmith by profession, grew up in Srinagar and crossed over to Pakistan to get arms training in 1988. In 1990, he drifted from the JKLF and founded the Al-Umar Mujahideen, which favours Kashmir’s merger with Pakistan. https://theprint.in/india/pragya-thakur-blames-spicejet-for-seat-allotment-controversy-on-delhi-bhopal-flight/339758/?ref=is
No comments: Links to this post 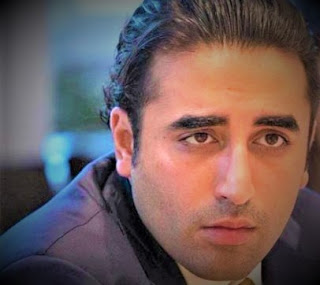