The drunkard SHO of Shahdadkot police attacked the Shia Muslims when they brought out traditional procession that was 50th consecutive annual procession, chronologically. Many Shia Muslims were injured and the biased pro-terrorist SHO booked them in false case in a bid to hide his crime.
Biased police took unjustifiable and illegal action against law-abiding peaceful Shia Muslims in a bid to harass them so that they could not celebrate the birth anniversary of Hazrat Ali (AS).
Same police accorded mobile escort to provide protocol to Aurangzeb Farooqi of the banned terror outfit ASWJ, mother of all terrorism in Pakistan.
It is believed that facilitators of the banned takfiri outfits have infiltrated the Sindh Police because in Khairpur too, similar state-sponsored Shia-bashing was witnessed against the celebrations on birth anniversary of Hazrat Fatima Zahra, the daughter of Hazrat Mohammad (PBUH), the last apostle of God and prophet of Islam who was wife of Hazrat Ali (AS).
It is relevant to add here that renowned anti-terrorist police officer Chaudhry Aslam was killed because the facilitator of the terrorist was nobody else but a police cop himself.
Shia Muslims are suffering the state-sponsored Shia-bashing and those who claim responsibility for genocide against Shia Muslims such as Lashkar-e-Jhangvi, sister wing of ASWJ, are enjoying state protocol and protection. 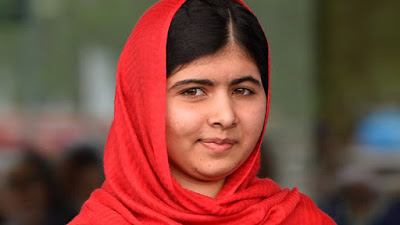 For the misinformed critic, Malala Yousafzai is an embarrassment to Pakistan. Indeed, she has been ever since she found herself at the wrong end of the barrel of a Taliban gun.
For in Pakistan, an image is everything and everything counts in large amount.
And each time her star soars a little more — from being the youngest-ever recipient of the Nobel Peace Prize to being named a UN messenger for Peace — that of the political state apparatus dims that much more.
The targeted assassination attempt against Malala took place under the watch of the first post-Musharraf democratic government. Thus we saw a changed tack in its official response. Gone were the petulant demonstrations that sought to berate female victims of male violence for speaking out and tarnishing Pakistan’s image overseas. In their place, a calculated strategy of damage control. Thus almost overnight, Malala was hailed the Bravest Girl in the World and then Pride of Pakistan, following her status as a Nobel Laureate.
In focusing solely on her bravery — the government effectively deflected the spotlight from its own failure in establishing its writ. Indeed, the Army was made to wait two years before going into North Waziristan.
But the greatest humiliation that Malala has dealt the Pakistani state is in refusing to be silenced. She has used her ‘celebrity’ to advocate relentlessly for girls’ right to education. Yet one young woman can only do so much. Three years after the attempt on her life — that is, three years after the then President termed this an attack it on all Pakistani girls, on education and on all civilised people — the country failed to meet most of its commitments under the Millennium Development Goals on Education.
We support Malala. We commend her in continuing her crusade against those whose very inaction has surrendered the narrative to extremists. How easy would it have been for the then schoolgirl to slip into temporary obscurity as she completed her education in Britain? How tempting it might have been for her to keep quiet in a bid to ‘fit in’. So, yes we support Malala wholeheartedly. What we do not support is successive governments and their inertia on the question of fundamental human rights of the girl child. The 21st century has arrived. The Pakistani state should feel well and truly humiliated that it has left all the heavy lifting on this front to a young woman — a young woman who stands alone on the global stage as she begs the international community to place education at the center of all mandates.
In short, the government must understand that the more it insists on appropriating Malala’s image — the more it simply succeeds in highlighting its own impotence when it comes to education of the girl child.

Why the Saudis need Raheel Sharif

Pakistan - All citizens must have equality in the eyes of the state, Sherry 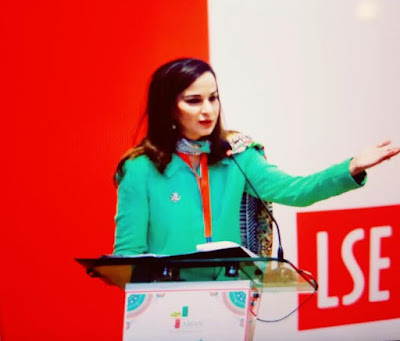 Vice President PPPP , Senator Sherry Rehman made a case for Pakistanis to take back their constitution in her opening keynote for the second day of the London School of Economics’ Pakistan Summit held at IBA Karachi.
Asserting on the importance of understanding the Constitution, Rehman said, “For democracy to be meaningful, citizens must put it to use as a constitutional entitlement. We have very little sense of our entitlements. The Constitution is not a remote document but something which gives rights”.
“The government for the people, by the people is no more. It’s now government with the people. Democracy will not work if it’s a top-down construct,” continued the Senator.
Rehman added, “It is timely to be asking questions about the laws that govern our country and laws outside, even as borders harden. Mapping the fundamentals is important to the architecture of laws that govern us today”.
“One core value that we must work on is inclusion. Pakistan is not a monolith and we have been managing our diversity pretty badly. Minority voices matter. All citizens must have equality in the eyes of the state,” said the Senator to applause from the audience.
In her address, Rehman highlighted the importance of detecting global trends, saying, “We are living in an era of profound change and social upheaval but we cannot disconnect. Our constitution needs to account for the three major global trends climate change, terrorism and accelerating digital usage”.
“There is nothing reversible about climate change, terrorism knows no borders and we do not know how to control the internet which is opening doors we do not know how to close. We need predictability, transparency, and accountability in this digital age,” the Senator elaborated.
Rehman further said, “The 18th amendment refashioned the entire relationship with the center and the way resources are distributed. It envisioned to strengthen federal units, national institutions and ensure that issues of public importance are resolved democratically at a local level. The RTI, for instance, played a critical role in making the government less remote”.
The Vice-President PPPP went on to say, “The nature of reform is extremely unwieldy and a fair amount of compromise and political consensus made the 18th amendment possible. Then President, Asif Ali Zardari, did not have to reduce the powers of the President but he did. The PPP government restored the 1973 constitution and devolved all powers to the provinces to end the sense of deprivation in smaller provinces. It has become the party’s pledge and commitment to its manifesto and the people,” concluded Rehman.
https://mediacellppp.wordpress.com