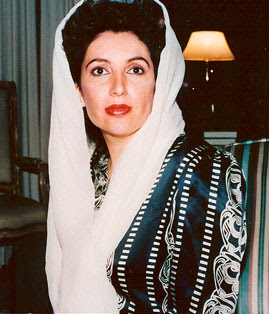 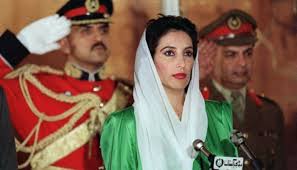 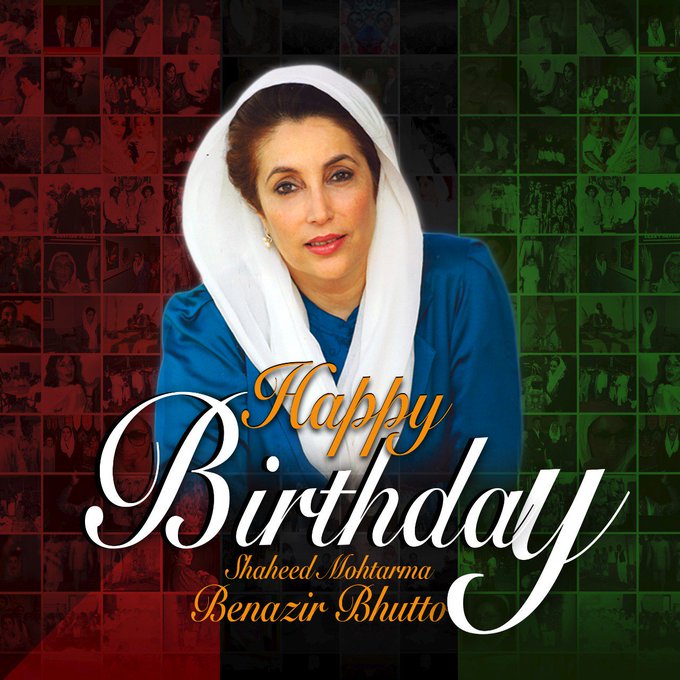 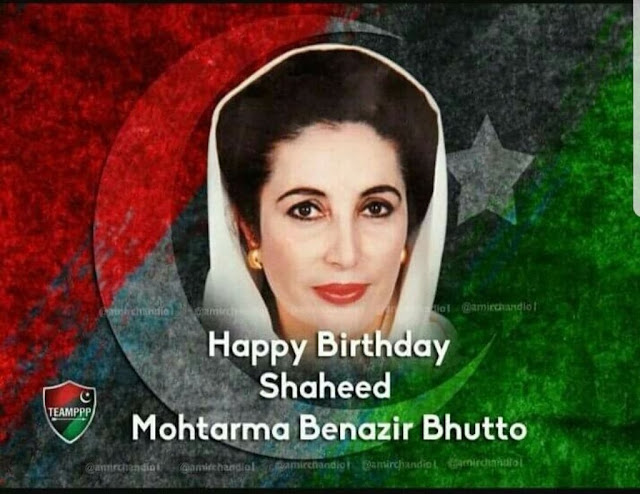 It was the longest day of the year 1953 when a leader of two worlds-Benazir Bhutto–was born in Pakistan carving for herself a unique niche unparalleled in the annals of humankind, casting a spell of glory on her people and the world at large by her leadership. Had she been alive she would have been leading Pakistan as a front rank country onto pastures new, playing a lead role in the comity of nations, respected and held in awe by others.
Her dastardly assassination was yet another colossal tragedy like that of her father’s judicial murder by General ZiaulHaq that dealt an irreparable blow to Pakistan from which nation has yet to recover. It was a combination of an insatiable lust for power of President General Pervez Musharraf in cahoots with religious militants that led to the assassination of Pakistan’s most outstanding leader. Indeed, Benazir’s murder snatched from the people hope of a better future.
It was no insignificant coincidence that she was murdered at the same location where Pakistan’s first Prime Minister Liaquat Ali Khan was assassinated in a public meeting in 1951-a much similar act of conspirators to waylay democracy. It is said that as in the case of Liaquat’s, the plotters used Afghan Taliban killers for the assassination of Benazir Bhutto. And not far away from this spot her father, prime minister Zulfikar Ali Bhutto, was also judicially killed- by the Army chief General ZiaulHaq-known as the father of all religious bigotry, extremism, sectarianism, ethnicity, parochialism, who pitched one Muslim against another so that divided people could not challenge him in power.
Martyred Benazir Bhutto stood like a rock against Dictators General Zia and General Musharraf and others, returned home amidst plethora of threats to her life and in the struggle to retrieve democracy she finally nurtured the cause by giving her blood to it. Just after one year of her assassination democracy came back through elections and one thought that there would be no going back since we had seen through successful democratic transition, two elections and peaceful transfer of power.
Unfortunately resurgence of democracy against odds gave sleepless nights to the Establishment and it got involved in intrigues to subverting it. The entire tenure of PPPP was spent in defending itself against media vilification campaigns and intrigues to destabilise it. Short of doing everything to impede its success in government, the powers that be left no stone unturned to dislodge it. However, 18th Amendment came in the way of their machinations to defend the constitution and the issue of provincial autonomy.
Despite the fact that the previous government was considered to be on the same page, it too fell out of favour of the powers that be that wanted it to be pliable to its demands. A much too independent prime minister was not acceptable to them as such he was judicially shown the order and grounds created for bringing in their ‘ladla’ prime minister and a party that dance to the tunes played by the powers that be. New breed of political heirs to Zia and Musharraf have rendered all state institutions into mocking birds, ineffective, helpless and ridiculous though with lot of sound and fury signifying nothing. Just look around at the state of affairs, government of the day has left no stone unturned to undermine judiciary and the bureaucracy. It has handed over the financial writ of the state to the three musketeers of IMF.

There should be a consensus among politicians to join hands to revive their commitment to the untold sacrifices rendered by martyred Bibi and the best tribute to Shaheed leader on her 66th birthday anniversary would be to unite, get up and do or die for saving democracy from the evil designs of powers that be

Much more alarming and lethal is the latest threat delivered by a senior leader of PTI Faisal Vawda regarding the need for mass elimination of political and human rights dissenters. Such dreadful scheme of things should be of profound concern for all democratic minded people. There should be a consensus among politicians to join hands to revive their commitment to the untold sacrifices rendered by martyred Bibi and the best tribute to Shaheed leader on her 66th birthday anniversary would be to unite, get up and do or die for saving democracy from the evil designs of powers that be. Have we done her any proud to her sacrifice in blood? Most certainly not! She dared to return home despite threats of the General in power and his rent-a-jihadi supporters that she would be eliminated the moment she steps onto Pakistani soil. She came back and took the plunge as she believed that it is only worthwhile to do or die for the cause that one believed in. She returned to singe military dictator’s beard in his den.
Whenever I sit down to write about her, I lose emotional control over myself. I remember her calling upon all those who cared for her and her Pakistan to save the country from going to dogs. I can recall her words- “did I and thousands of others sacrifice their lives, walked to gallows, faced long and torturous incarcerations at the hands of dictators usurping democratic rights of the people with their naked bayonets and lethal bullets – deserve to be pushed back into dark ages? It’s time for the nation to wake up from its deep slumber and save Pakistan from being submerged by a deluge- by getting tougher as challenges are enormous and our internal and external enemies too formidable. We have not only to revert Pakistan to the liberal, secular and democratic vision of the Quaid and martyred Zulfikar Ali Bhutto but to protect our pristine Islam – a religion of peace-from the horde of suicidal terrorists.”
With threat of mass hangings of political dissenters around the corner, indeed, it is time for decisive actions. Her sacrifice in blood no doubt got us back democracy in 2008. However our march onward remains on roller-coaster. Current rulers have rendered Parliament toothless, weakened other institutions, the hydra-headed evil of corruption is the favourite tool of those usurping the power of the state rendering democratic applecart under threat of sudden disruption. People have been perforce divided. There is total polarisation and regional compartmentalisation of politics, weakening of national political parties by conjured shifting of loyalties at the behest of invisible forces-all put together do not sound good for democracy for which Benazir Bhutto struggled all her life.
Just when she was to return to Pakistan she was profoundly perturbed by the deplorable state of economy, menacing threat of terrorism, growing economic and political polarisation, the plight of the poor and lack of services to the have-nots. She was not hesitant to confess that problems faced by Pakistan were Herculean and to her, these could only be grappled by the wisdom of the collective leadership and best brains in the country within the framework of a strong democracy and truly federal and autonomous constitution. Instead of following this road map, incumbent rulers have by their contempt for the Parliament given enormous space to extra-constitutional forces just for the taking. It seems forces of Fascism would soon make a rapid headway. God Forbid!
https://dailytimes.com.pk/415520/benazir-leader-of-two-worlds/
No comments: Links to this post