Video Report - Sairbeen 28 Nov 2019 - General Bajwa gets a conditional extension. What does this mean?


The order came after the Imran Khan government promised a law within six months to fix an army chief’s tenure and other terms of service. 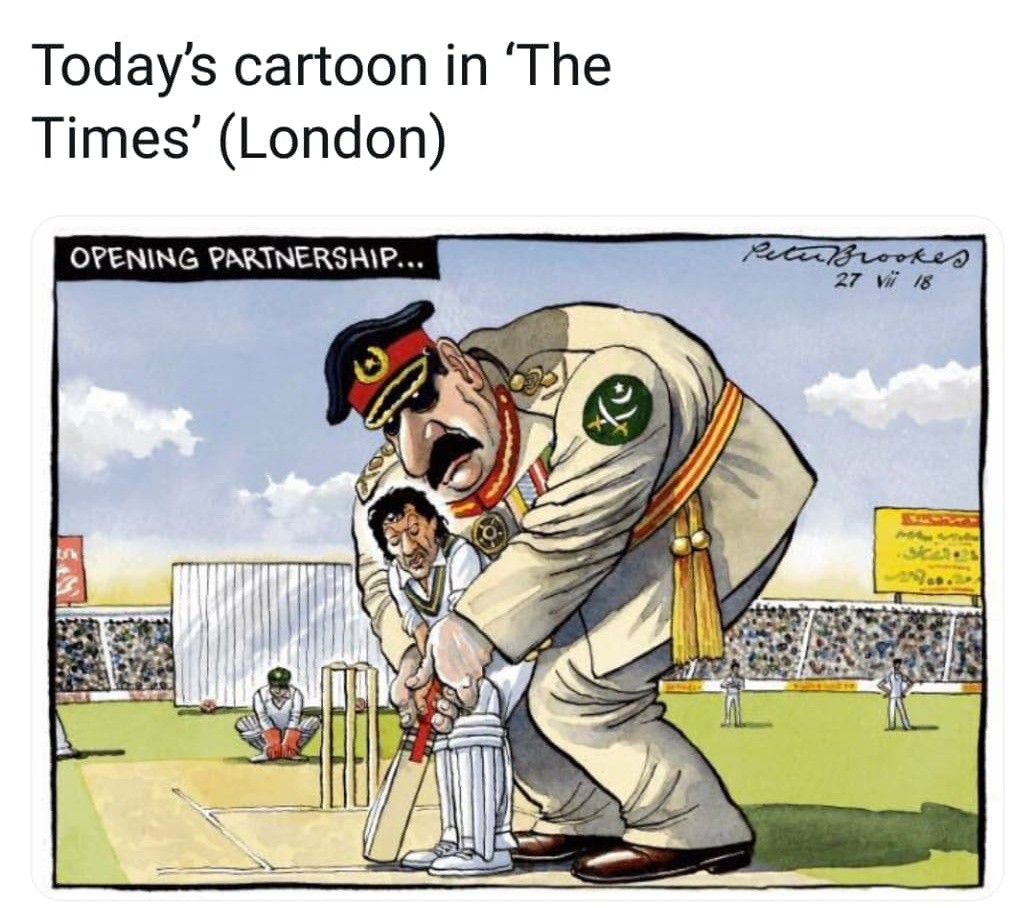 The Pakistan Supreme Court Thursday approved a conditional six-month extension to the tenure of army chief General Qamar Javed Bajwa, who was to retire Thursday night.
The order came after the Imran Khan government gave an undertaking that the country’s parliament will pass a law within six months to fix an army chief’s tenure and other terms of service.
Prime Minister Imran Khan had extended Bajwa’s tenure by three years through a notification issued in August. However, the Supreme Court had suspended the decision earlier this week on account of irregularities in the order.
A three-member bench of the court, headed by Chief Justice Asif Saeed Khosa, was hearing a petition filed by the Jurist Foundation, which had challenged the extension and urged the court to declare it null and void and illegal. Pakistani law, under Article 243 (4)(b) of its constitution, only allows the President (“on advice of the Prime Minister”) to take decisions an an Army chief’s appointment, salary and allowances.
“The court has thoroughly examined Article 243(4)(b),” said Chief Justice Khosa. While Article 243(4)(b), the court noted, empowers the President to appoint an army chief, it doesn’t spell out a term. It was in this light that the court asked the government to finalise legislation laying down an army chief’s tenure and terms of service.
‘Matter now in parliament, government’s hand’
According to a report in the Pakistani daily Dawn Thursday, the court had asked the government to furnish an undertaking about the proposed law as well as an amended notification that doesn’t include any mention of the Supreme Court, duration of the army chief’s tenure and description of his salary and incentives.
As it granted Bajwa a six-month extension, the court said the matter was now in the hands of parliament and the government.
“Considering that the COAS [chief of army staff] is responsible for the command, discipline, training, administration, organisation and preparedness for war of the army and is the chief executive in General Headquarters, we, while exercising judicial restraint, find it appropriate to leave the matter to the Parliament and the federal government to clearly specify the terms and conditions of service of the COAS through an Act of Parliament and to clarify the scope of Article 243 of the Constitution in this regard,” the court said in its short order, according to a report in Pakistani daily The Express Tribune.
The Supreme Court’s suspension of the extension notification issued by the Imran Khan government was seen as a rare move. https://theprint.in/india/pakistan-sc-gives-army-chief-bajwa-a-6-month-extension-and-a-deadline-to-imran-khan/327776/
No comments: Links to this post 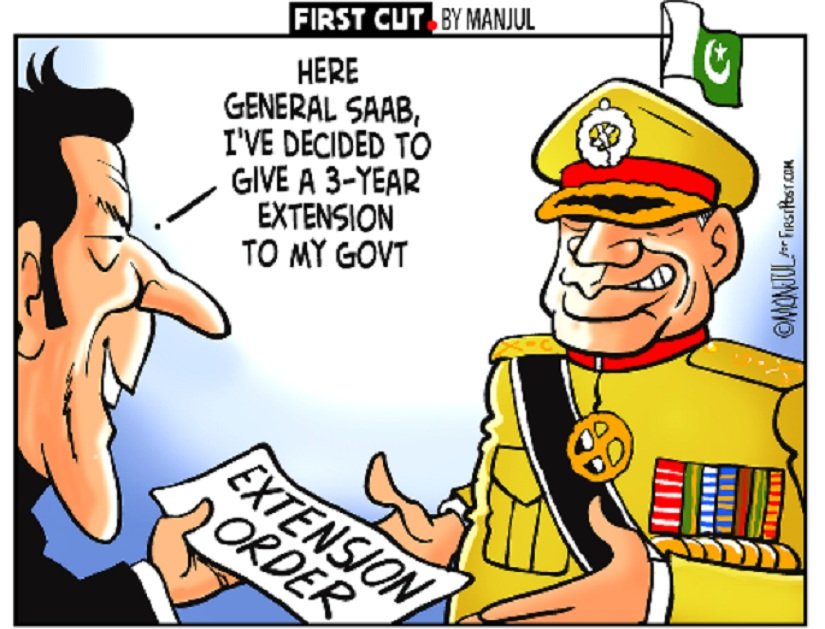 In a partial relief to Prime Minister Imran Khan's government, the Supreme Court of Pakistan (SCP) has extended Pakistan's Chief of Army Staff (COAS) General Qamar Javed Bajwa's tenure till May 2020. While a relief, the Supreme Court's decision cuts the original three-year extension down to six months.The court announced the verdict stating that the Pakistan government has given assurance of making required amendments in the constitution Article 243 within six months and specify the appointment, extension and tenure of the Army chief.The Pakistan government has submitted an undertaking to the Supreme Court, assuring it of bringing a legislative amendment through the parliament within six months.
The court has also asked the Imran Khan government to guarantee that a constitutional amendment would be finalised and approved through the parliament, amending Article 243 and adding important points including specification of tenure of appointment and extension of the Army chief for three years, retirement of a four star general and clarity over pension and privileges that an Army chief and a four star general would get.Earlier in the hearing, Chief Justice of Pakistan (CJP) has said that the matter of Army Chief appointment of extension has never been discussed in the court and justified through the constitution in the past. But now as this is being discussed, so all pointers will be looked into in detail and procedures will be set for the future.The Supreme Court has highlighted that the Constitution of Pakistan is 'silent' on the appointment, extension or re-appointment of the Army Chief.Now, the onus of the responsibility has been put in the hands of the Imran Khan government and the Parliament to ensure that legislations and amendment is done in the constitution within six months and then the Army Chief can get more extension if needed.It is a major decision being undertaken by the Supreme Court of Pakistan and will act as a historical decision that establishes the fact that the powerful military of the country comes under the constitutional legal ambit and will assert that none is above the law.
https://www.indiatoday.in/world/story/pakistan-supreme-court-army-chief-general-qamar-javed-bajwa-1623398-2019-11-28
No comments: Links to this post